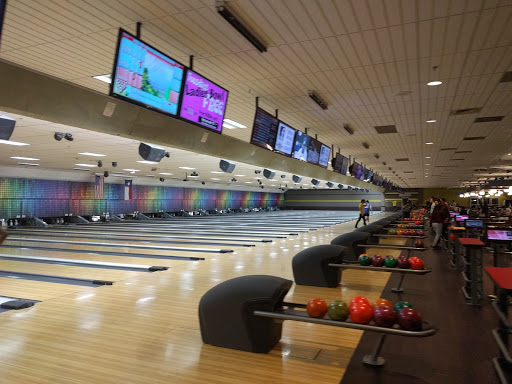 In the restroom I was solicited for sex. It was grotesque and I will never come here again. The alley was less than helpful. They see vagrants in their establishment all the time and do nothing. Homeless people in the bar is a regular sight. I will not be coming here, keep your family safe and avoid this alley. Here I am adding an edit now that I can take a breath: I described the guy and they said yeah webe seen him in here before. I didnt ask but I should have: seen him bowling? Or just hanging out by the restrooms? What the hell! He looked homeless, I doubt they have seen him bowling. Still waiting for a response from the alley. What will they do about this? Their alley is unsafe, no way this is the first time he has done this. Im just the first to report. And I am happy to do it. Sick people like this should be dealt with. One more thought: how many times has he succeeded!? He must have been successful to be emboldened the solicit a person like me. That means homosexual activity in the restroom your son used to relieve himself. This is sick, and Im disgusted. I used to think bowling was a family activity, but after this along with every other experience with their customer service, I will not go back. Madelaine has a great review that mimics my experience at the super bowl when Im not being sexually assaulted. Worst place ever.

Came to bowl with the discounted pricing after 1AM only to learn that you can no longer pay per game, and is strictly an hour only. Person working at the register (didnt know the name, but has tattoos on both of his arms) informed us of this change, but declined to tell us that its also per lane. I came with a group of 7, and we get our usual 2 lanes to cross bowl. We assumed it would be the $10/hour, so $20 for two hours. Well, when we finally get out lanes, we were confused on why we paid $60. The gentleman at the register told us it was miscommunication, but would not offer to compensate for his error other than to simply tell us we were completely wrong and that if we continued to want to speak to a manager that he would ask the officers who are normally there to kick us out. Its great to see the bowling alley that the group of friends and myself have gone to for forever get a majorly desperate upgrade, but the staff tonight was rude especially the one who wanted to get the officers involved for no reason instead of admitting to his mistakes and offering a solution for it. Also, bring back the ability to play by the game. There is no reason to charge close to $60 to crossbowl on two lanes when used to pay only $20 total for 3 games. Ridiculous.

POOR,POOR, POOR SERVICE, NO KIDS FRIENDLY PLACE. MANAGER AND TEAM ,THEY HAVE NO IDEA WHAT A CUSTOMER SERVICE IS. WHEN WE WALK IN AND ASK FOR SHOES A TEENAGER WAS ACTING RUDE TO A GIRL THAT ASKED FOR ANOTHER PAIR OF SHOES BECAUSE THE FIRST PAIR DONT FIT, THEN I WENT TO ASK FOR HELP TO ADD NAMES ON THE SYSTEM AND 3 WORKERS WERE ARGUING, IGNORING ME AND IGNORING THAT THERE WERE MORE PEOPLE WATCHING...AND AT THE END KIDS WERE PLAYING AT THE MACHINES AND ONE WAS OUT OF ORDER, WHEN MY DAUGHTER TOLD AT THE FRONT DESK THAT SHE PUT 50 CTS AND DID NOT WORK.. THE EMPLOYEE SAID IN A RUDE MANNER " WELL DONT PUT MORE MONEY IN THAT MACHINE(i went to ask for the manager OMG, I cant believe he was the GM SCOTT CRADDOCK he started arguing saying that that was the second time that my daughter came to them with the same issue... the machines were not working and no sign on it and instead of fixing the problem and taker a customer he did the opposite. he turn and roll hes eyes and so on... WILL NEVER GO BACK..

Love this place! Prices are great, theres a bar, and pretty good truck food. Only negative a couple of the staff members are very rude. I dont know her name but it looks like shes been on meth for a long time, wheres a hat is just mean. And the bartender whos kind of a bigger girl with glasses, shes been there every time Ive gone and always seems like she hates whats shes doing. Im in the service industry and she by far is the worst bartender Ive ever seen. The first time I went I asked whats on draft, theres only like 7 beers btw, she throws me the menu and walks away. There was maybe one other person waiting at the bar at the time. Last night she closed out my tab, before I had a chance to tip her. I had no cash on me so she basically made it where I couldnt. Besides that the rest of the staff is always very nice and helpful. So if youre not drinking, perfect place to bowl for hours. Its open 24 hours.

I wish I could give this a zero. Customer service is a joke. They are rude and dont really care for new customers. I took staff members for a staff outing to Plano Super Bowl for the last hurrah before we part ways for the summer. I went through lane reservations and called the day of to confirm my reservation. When we arrived, it was in the middle of League bowl. When I asked about our reservations, they told me I have to wait until 11pm. When I informed them I reserved lanes, they demanded who I talked to and stated that 11pm is when they could accommodate us. I was upset but I understand it happens. What I cant get over is when I was explaining what happened to my staff members, one of the employees of Plano Super Bowl called me a "Dick" and told me I could go else where to bowl. Well sir, I did just that and i suggest everyone else do it as well.

Solid bowling alley; really enjoyed the atmosphere and staff was as friendly as they could be under the stress of maintaining ~50 lanes, customers, and overseeing leagues. Only two gripes with this alley are the prices, as well as lane availability during leagues (which I understand due to leagues taking priority, but both times when I have gone, there have been at least 5-6 lanes with nobody on them for the two hours my party was waiting for a lane due to "league play"). These things will not stop me from returning, as they are not really things the staff can control. Munchies are what you would expect from a bowling alley (burgers, pizza, nachos, etc) and the fact that they have a pro shop in the alley is great, although I wish the hours were listed online to prevent people from thinking the shop is open 24 hours like the alley.

I hate to say but the customer service here is horrible. I took 2 little girls I was babysitting, ages 10 & 13 here to have a fun Saturday outing. They were mildly busy, about 3/4 of the lanes had people on them. When we got to the register, the man informed us that there would be no open lanes for another 45 minutes. I told him that was fine, we would just leave & come back when he called us. He informed me that he could not write my name down, that I had to actually wait in the building for a lane to open up. He was extremely rude about it. Then he proceeded to tell me that both the girls I had with me were too old for bumpers. My opinion- save your money & go down the street to Allen Bowl where they are 1000x better at what they do. 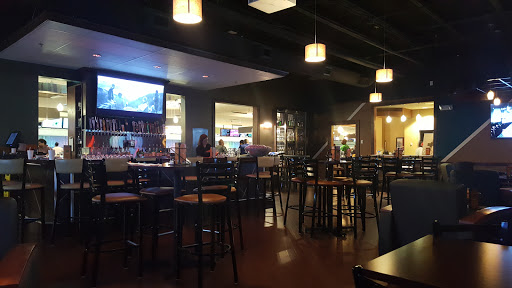 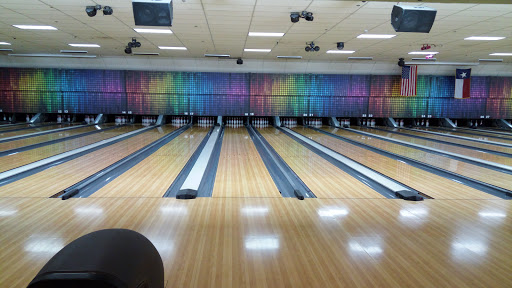 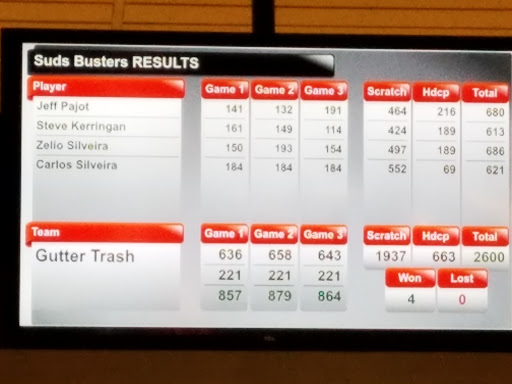 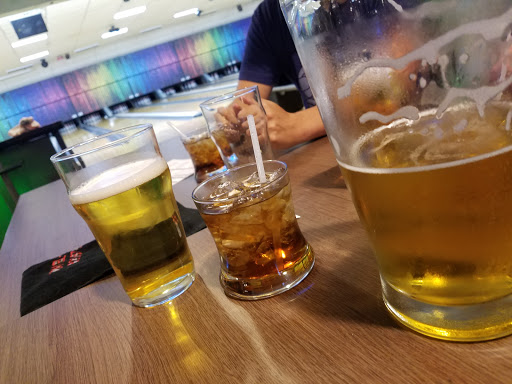 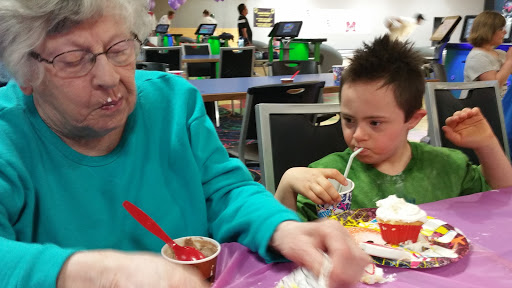 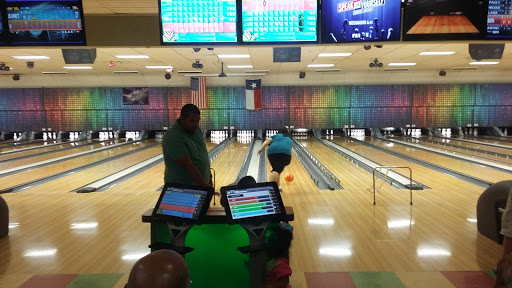 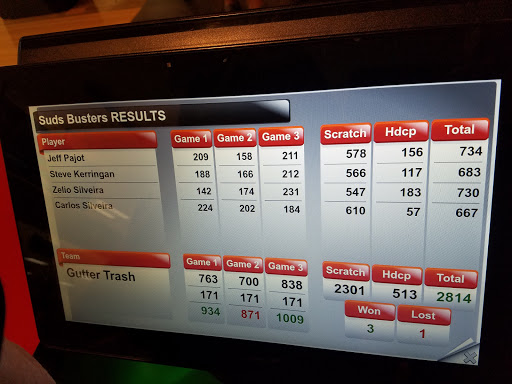 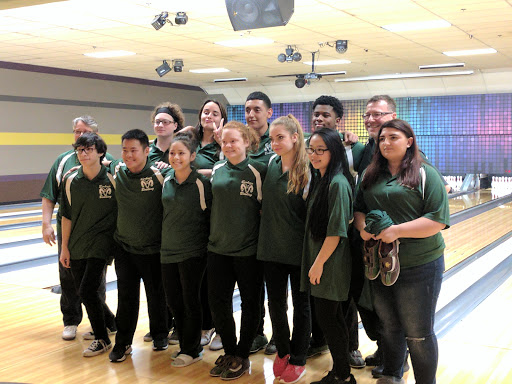 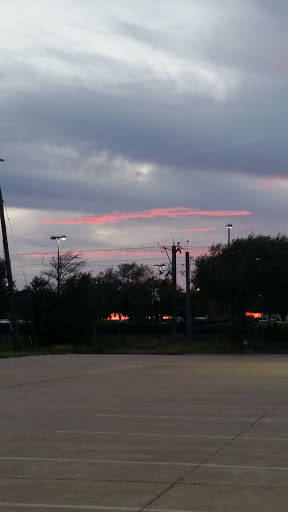 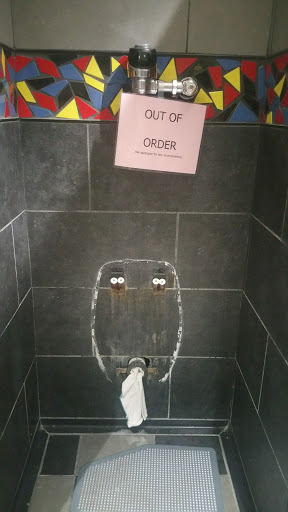 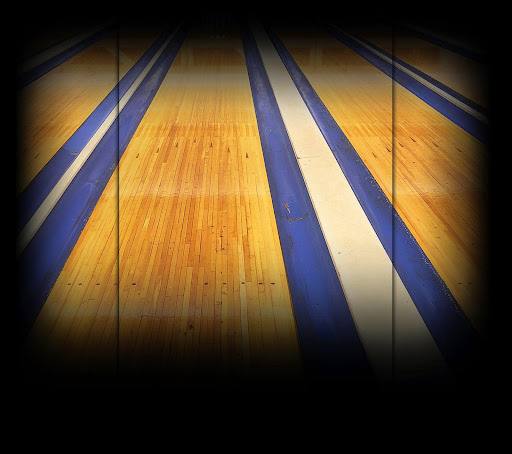 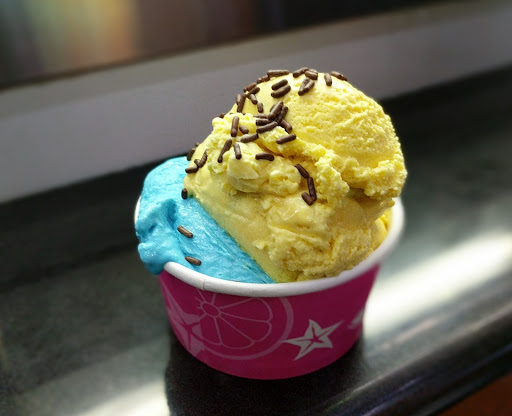 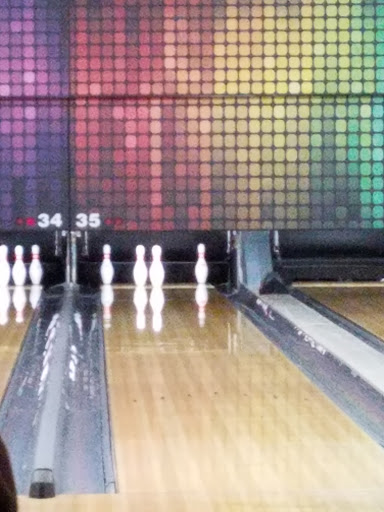 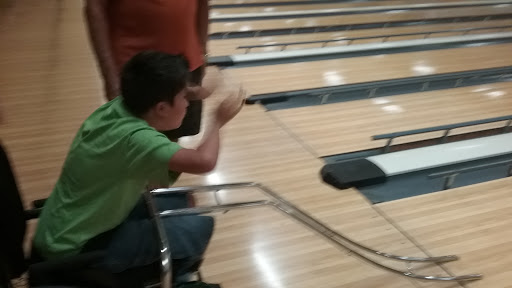 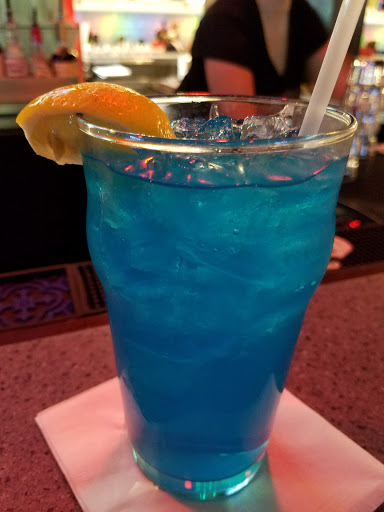