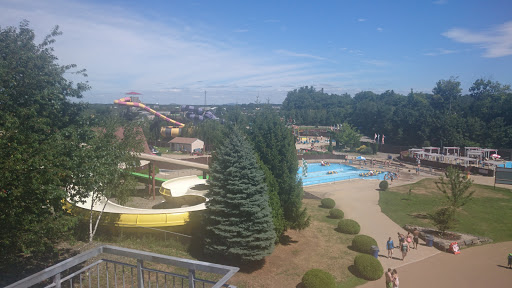 I went this past Sunday and it was an awful experience from the perspective of a parent, although my children did have a fun time. The management team should be embarrassed over the condition the park was in from the very beginning of the day to the end. We got there before opening and waited in a huge line for parking. I would far rather pay a few extra dollars in admission to circumvent this process. It is a giant waste of time. We had pre-purchased park tickets so the line for that wasnt bad but it was chaotic with people cutting in lines and just being rude. Of course there was no staff in site to control what was going on. When we hot to the bag check they had 3 people checking. They should have had more staff for checking bags. If you arent actually taking the time to check why even have the stopping point? From the start I could tell they were understaffed. Once we got into the park, the VERY FIRST thing we did was use a restroom. Ive never been so disgusted in my life. This was within the first hour of opening and the bathroom had the distinct pungent smell of urine, and half the toilets were overflowing with toilet paper. I have a hard time believing such a disgusting mess could have happened within the very first hour. Every stall was gross. We then went to claim a picnic table, there were none; again this was within the first hour. There was plenty of space for more tables to accommodate the amount of people, but apparently this establish doesnt like to accommodate its guests. We also noticed that others dragged 3-6 tables together and claimed them for their entire family. Thats a bit ridiculous that at a water park you have families moving all the picnic tables covering them with their belongings and then running off to play for the day. We have 8 people and would have been happy to just have one for when we ate, where as you had other families of 8 with multiple tables. I think there needs to be a better system. Once we laid out a few blankets on the ground and put our stuff down we went and go tunes. Another evident sign that you lack in staff. How does a water park start the day on a weekend completely understaffed? We waited in line for a very long time, and it wasnt even that long of a line. The staff was not educated and equipped to handle the questions and situations being presented to them, therfore the line was at a standstill. Only 2 of the 3 registers were open at a time people are most likely to purchase a rental. They should have had all registers open, with back up staff to assist with customers who didnt nemissaries need the registers right at the moment. Or, have more than 3 registers at a key revenue point. We then went on to the pools and slides. Kids had fun, we had fun with the kids. Had to use the bathroom. Although it was a different restroom we were met with the same exact problem as before, so its pretty evident that water country does not care about sanitation standards. Makes me question the water everyone is swimming in if they cant keep their bathrooms even somewhat clean. I can see if you are understaffed in your point of sale areas, as long as your overstaffed in the water areas. Unfortunately, that wasnt even close to true. In multiple places there was only one staff member at the top of the water slides even if there were multiple slides. They cant control whats going on or fully see what is going on in that situation. I remember it was always at least one attendant per slide sometimes more. In the wave pool the lifeguards were only in the deeper waters. They were stationed starring at about the 4ft mark or so all the way to the wall. So who is watching the shallow waters? Can someone not get hurt or drown in the shallow water? Not a smart or safe move. Ive been going to water country since I was a child and I have brought my children the past few years, but I cant imagine we will be back which is disappointing. I dont expect Disney type standards at local parks, but it seems as though water country has no standards.

THINGS AINT WHAT THEY USED TO BE...or should I say...WE WONT GET FOOLED AGAIN! Feel awkward doing this as I have been coming to Water Country off and on for 30 years, last time was a couple years ago. After making some observations throughout the day, I can confirm what some past reviewers have stated. Food prices even higher than usual, long wait time to park your car, disgusting bathrooms, fewer rafts, longer wait times, taking forever to stand in line just to pay for a locker (now automated). and rude staff. Call me old fashioned but I decided to make a face to face complaint to a manager. Even at that, the "Guest Relations" staff initially refused to get a manager upon my request. I had to explain that it was not a simple question that needed to be answered and that if I was requesting to speak with a manager, it is their job to contact a manager. The manager was contacted only after I explained that this is not customer service. After airing my concerns, I explained to him my disappointment that Water Country would not rent out 2 water tubes for my son and his friend to use. It was 3:30 in the afternoon, 3 hrs. before closing and I had observed many water tubes being returned...knowing that the crowd starts to thin out come mid afternoon til closing. Their cashiers said they had rented out 2000 plus tubes that day. Their policy is not to rent out any more tubes once they are "sold out" because people are still "checking in" with their tubes. I have never written an online review, let alone a negative one, but there were too many things to overlook and this was the last straw. We have never rented tubes before because the lines have always been reasonable with adequate number of tubes. Considering our 2 plus hour ride and how long we have been coming to Water Country, it didnt matter. They refused $14 for my son and his friend to enjoy what was left of their day. Mind you, my son was in the wave pool earlier and was constantly being grabbed onto by younger "swimmers" with life jackets while he was treading water...a water tube would have changed his experience. To anyone who takes the time to read this, we have been here before on your typical weekend day in the summer and used to dealing with crowds. My advice to Water Country...a little customer service goes a long way. Never coming back again. Not with the drive, conditions, and lack of service. My sons friends family travels the extra distance and goes to Funtown Splashtown. Thats where we are going next time.

I never write reviews but we went today and it was nowhere near as bad as some of the reviews say. First of all, this is an amusement park, there are noisy kids, there are lines and prices are high. Thats all to be expected. Second, with a little research beforehand your experience can be a lot better. We had coupons so right off the bat the admission was cheaper. We got there early (10:00, park opened at 10:30) so the $5 general parking was almost as close a walk as the $25 preferred parking and there were still plenty of lounge chairs and picnic tables available. We went on a weekday so the lines were not as long plus we were there when they opened so you could hit the most popular rides before the lines got too long. A medium size locker cost $16 for the whole day but you can fit a lot in there. We packed lunch in a cooler and didnt spend a dime on food. You can bring it in with you (no glass/no booze) or go out to your car and come back which is what we did and it was actually a nice quiet break from all the people. We wore flip flops that we could toss to the side before going on a ride although to be honest the ground wasnt as painful as some people seem to make it out to be. If you have a kid under 48" and you dont want to pay to rent a life jacket you can bring your own as long as it is the approved type (not exactly sure what that means, my kid is over 48" so it wasnt a concern but thats what I overheard at the window next to us). None of the lifeguards were rude to us. To be fair I could see how some people might think it looks a little dirty and rundown. It could use some sprucing up...its not Disney or 6 Flags. Perhaps all the negative reviews set my expectations so low that I was pleasantly surprised but it was actually a decent day and the most important is that my kid had a blast. I kept reminding myself of how much fun water parks were as a kid and most kids overlook the stuff us adults notice anyway. I know my daughter did. The worst part of the day is when I got pooped on by a seagul. Yes, that really happened. Luckily there was lots of water around to rinse it off! 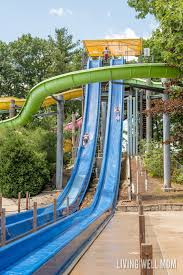 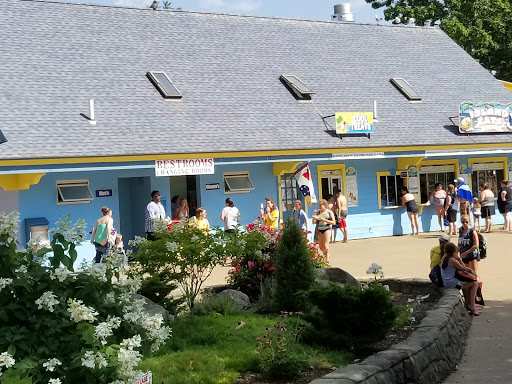 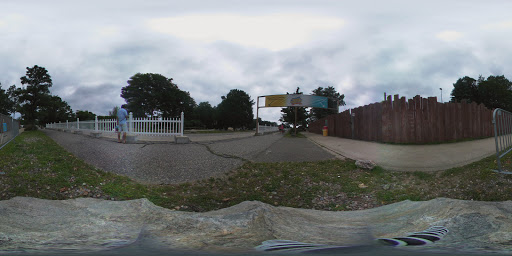 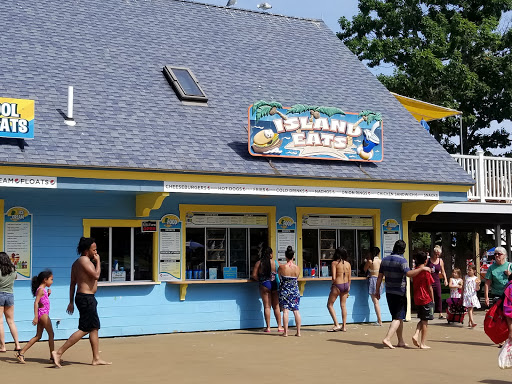 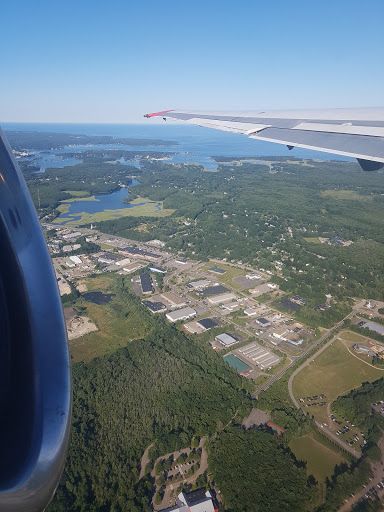 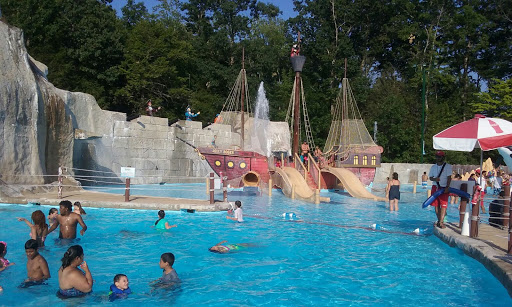 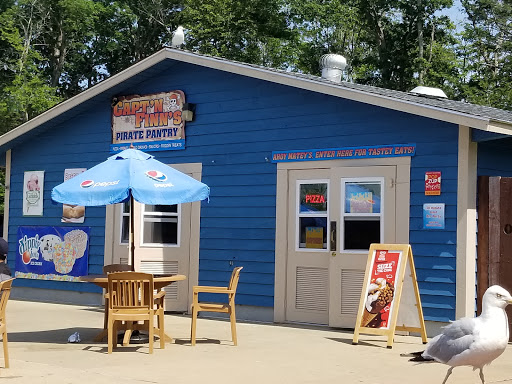 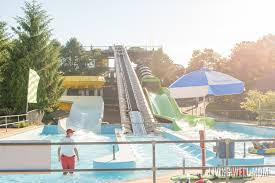 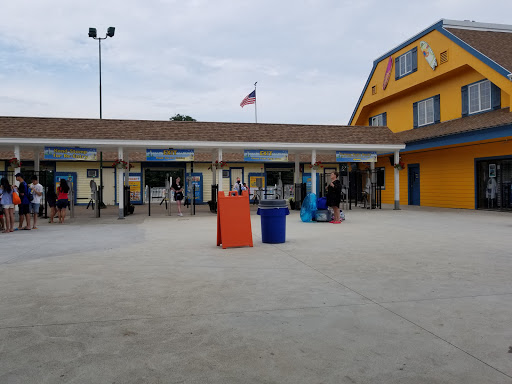 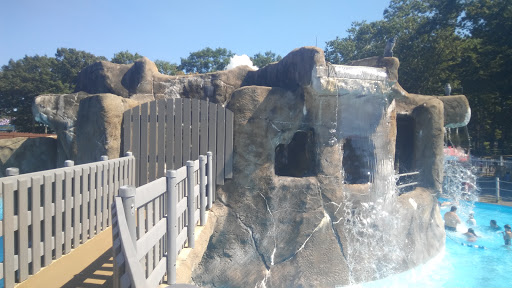 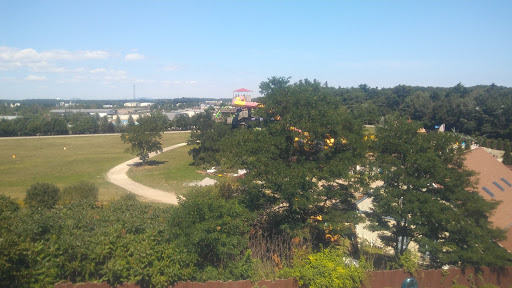 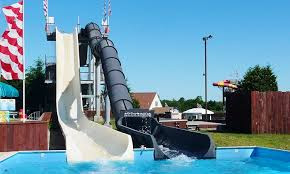 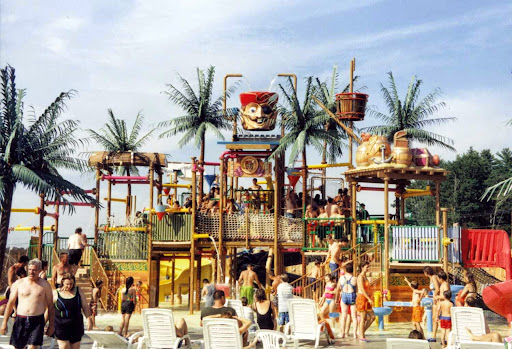 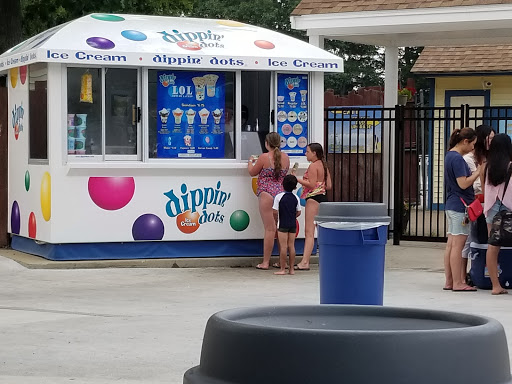 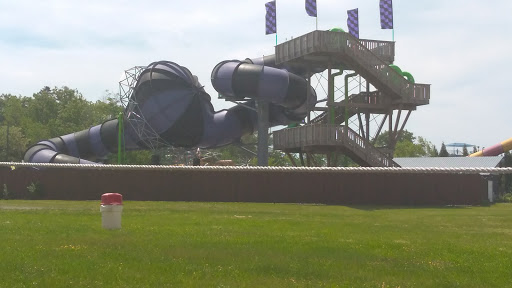 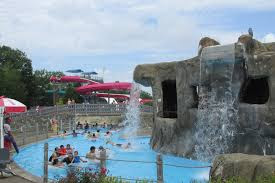 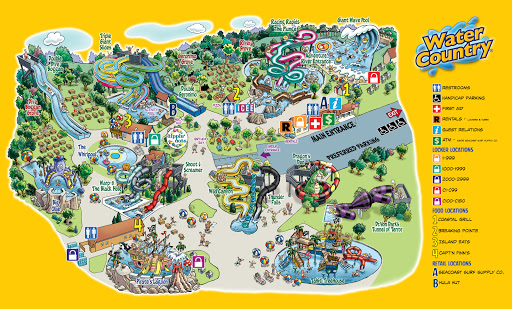 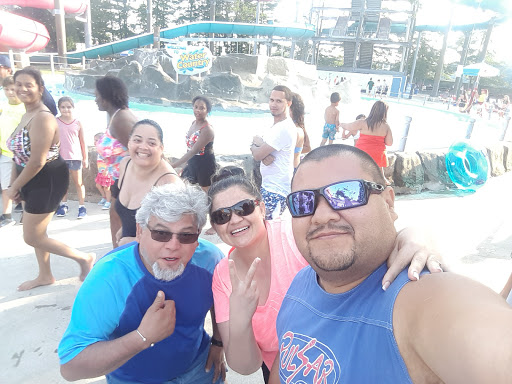 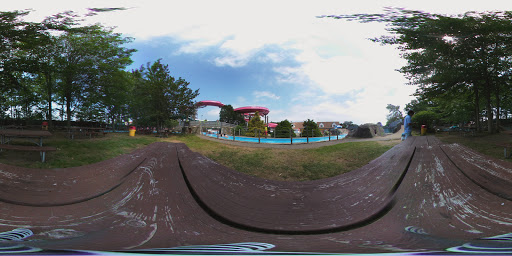