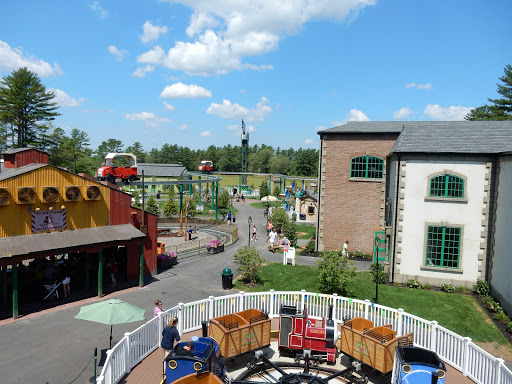 Really? Then hurry up! I hate this place because it sits in the no-mans-land of an unfinished park. Dickens Village has one shop open and youve allocated no money to landscaping like you really should be landscaping. If you tell me you have, I would say you need to go back and rethink the design. And wheres the Pirate themed dark ride that was supposed to be there??? My 6 year old has out-grown Dino-land and most of the rest of the park. Its almost as if youre targeting only the preschool audience with most of the attractions. Which is fine but youve got such a broader audience that you could be pulling in. Remember kids dont have jobs, they dont make the money decisions, the parents do. Dont get me wrong, they had fun, they went on the Tilt-A-Whirl about six times, but, theres zero reason for us to return except for the seasonal events (meaning XMas). Side Note: My family and I returned to the park as a guest of a friend and a morbid curiosity with your progress (or lack thereof), not because we really wanted to. As for appealing to those who want the old Edaville and nature, I think youre limiting yourself and possibly even creating excuses. Youve got a fairly sophisticated market that will moan a bit but will appreciate the improvements, provided they really are, way more than you demolishing or removing something old-school parts for something better. Theres always the PR line that youre making "safety changes". And frankly, Ive gotten on a few of the rides and had some safety concerns so I dont think it would be a real stretch. Speaking of which, get an Arborist in your picnic area to make sure those branches arent an insurance problem (theyre certainly an eye-sore problem). If you think these criticisms are harsh its only because I care. Not necessarily about Edaville, but, rather I care about good theme park management. It is after-all a very well documented model so theres no reason why anyone should screw it up. p.s. The front of the park could easily be turned into a shopping area filled with lease spaces for unique shopping experiences, this would add as a draw for visitors year round. It MUST BE "unique" shopping experiences - brick and mortar retail isnt going to survive and thrive without differentiation.

This was the most horrible and racist experienced my 2 year old son had to experience on 8/6/16. I did not experience discrimination and racism until i came to this place. I left the place with realization that racism truly exist. I never post comments ever, but i felt I had to for this reason. The first ride we tried to go on was the "Nut Tree". The staff said he did not meet the height requirement. Right before him, the staff allowed a Caucasian girl who was under the red line to go in for the ride with her mom. Both her and my son were the same height. There should be no estimating from the staff, its either you reached the height requirement or you dont. The girl was under the red line measurement. This is because my son was not Caucasian. On the another ride called the "Red Baron", the staff was extremely rude. Obviously, the ride is for little kids but it was stopped because the staff said my son was damaging the ride by pulling on the handle too much. I didnt know this because my husband had taken him on this ride the first time. Later, I took my son to the plane ride again not knowing what had happened earlier. The staff came over to me while i was placing my son on the plane and said "he was here earlier and the ride was stopped because he was pulling on the handle back and forth. This is how the ride can be broken. If he continues doing this on this ride, I will stop it again. " My response was "this is a kids ride, what do you expect from kids?" I took my son off the ride, not wanting to deal with this nonsense staff. My son loved this ride and left crying. My son did nothing wrong but tried to enjoy the ride by pulling on the handle to have the plane go up and down which was the whole point of the ride. My son was told he was too tall for the "Flying Turtles" ride. This place is suppose to be a family and kid friendly amusement park and it was completely not it. If I could, I would give it a 0 star.

They have NO security checking peoples bags or strollers coming into the park. The first ride when you walk in is a worn down Carousel, the music coming from it is extremely loud. The attendant working the Carousel (6/10/16) stopped it mid ride to let people on and never announced to the other riders which in turn had other riders getting off the Carousel. Then the attendant was about to start the ride again with out any announcement. I had to let the kids know to get back on she was about to start the ride. It was dangerous just watching. There was no Sir Topman Hatt or any Berenstein Bears to be found. The dinning areas are not yet equipped to accommodate a large rush of people during lunch time hours. They had a 10 minute wait for pizza alone. They dont allow you to refill your souvenir cups at the dinning areas which makes it really inconvenient. They should be playing all songs from Thomas and friends through out the park they have it on in one area but it is so low you can barely make it out. All that being said the park is immaculate. It is very kid friendly. My 2 1/2 year old son loved being there and enjoyed all the kid rides. There are plenty of rides for little ones which is great. He loved the wooden train sets you have on display both in the gift shops and in the arcade. He especially enjoyed the 20 minute Thomas train ride around the park. I would absolutely bring him back next year (if he is still into Thomas and trains) I look forward to seeing the park completely finished and to see the new rides ahead.

Took the wife and the two year old for our first visit! We made it for the last day of the Pumpkin Show situated in their new Dino Land exhibit. The mixture of the scary pumpkins and the other Halloween decorations mixed in with the fog machines and the scary dinosaurs made for the perfect Halloween stroll. Ive been 2 Fright Fest USA and other places and there would be people jumping out at you with chainsaws and this was by far more scary. The new Dino Land exhibit was absolutely wonderful end Thomas land was even better. After a Scenic tour on Thomas the Train we made our way to Thomas land and purchased a slightly overpriced photo which was expected and a wonderful Thomas the Train Set. They have an actual license to Thomas store that sells stuff at Toys R Us doesnt even have. Everything from motorized plastic tracks to real wooden tracks this is the place to go even if youre just going to make a toy purchase. It was raining so some of the rides are shut down but even in the cold and drizzling rain this was a trip worth taking. Between the train ride, Dino Land, Thomas land and all the other rides this made for a perfect and inexpensive Family Getaway!

The park is a great value because it is not very expensive to enter and all the rides and attractions are included. It is nicely built with lots of things to do and lots of visual stimulation for kids. There was a lot of broken things in the park and when I asked about it the people working there didnt seem to care or have any incline to fix it. The ball vaccum in the ball pit specifically didnt work and nobody seemed to care when we asked about it. Most but not all of the ride operators where very rude and should not be working with children. Most of them had big pusss on their faces. Some of the other visitors were very rude as well. The gift shops pricing is out right offensive. Ship wreck rail set was priced at 80 dollars I have the set and bought it at Walmart for 30 dollars. The food is very overpriced and nothing special but again, rude people to serve you and ring you up. So, if you come here expect a great value and a great experience for your kids minus the rudeness experience by some of the miserable staff and the overpriced gift shops and food stands. Not many smiles here! 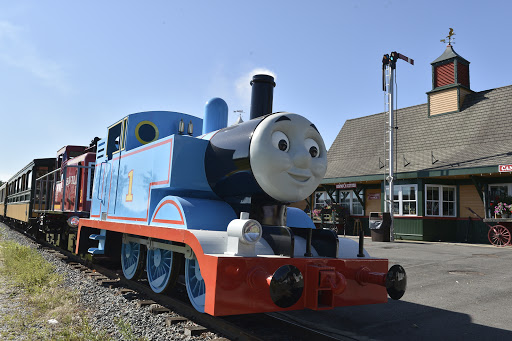 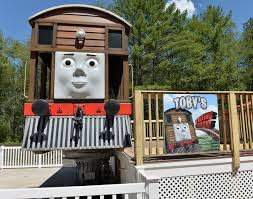 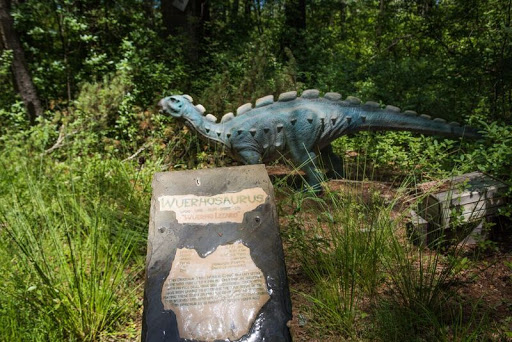 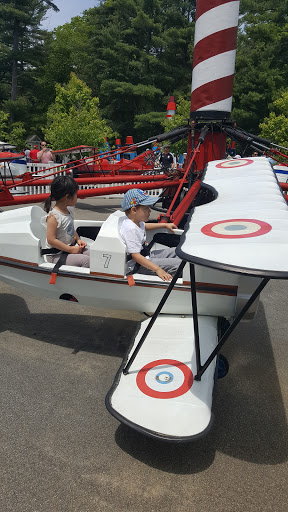 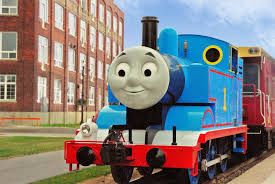 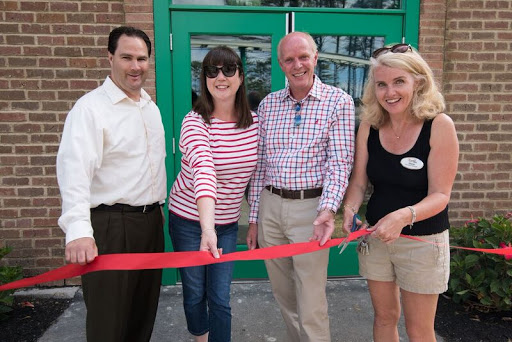 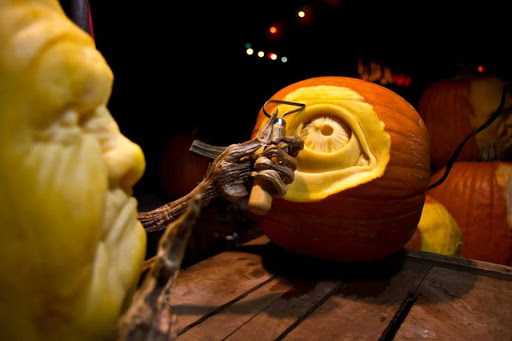 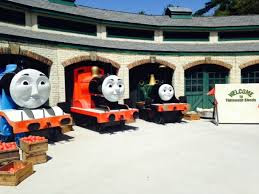 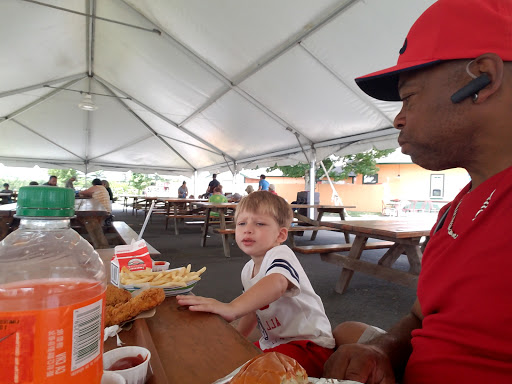 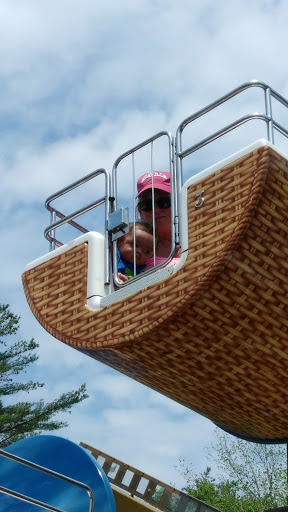 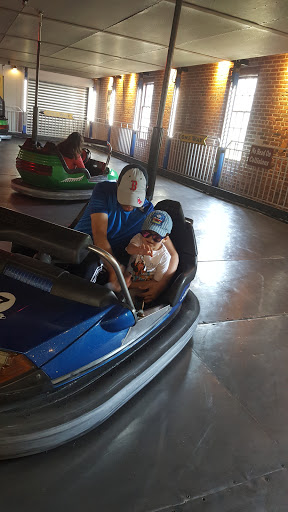 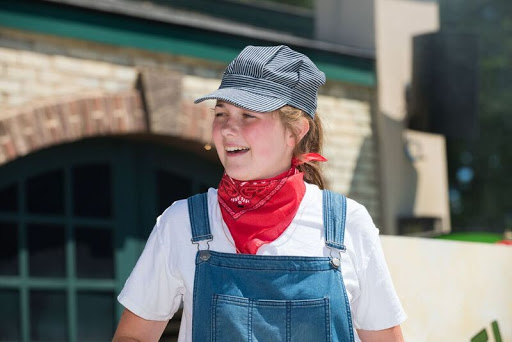 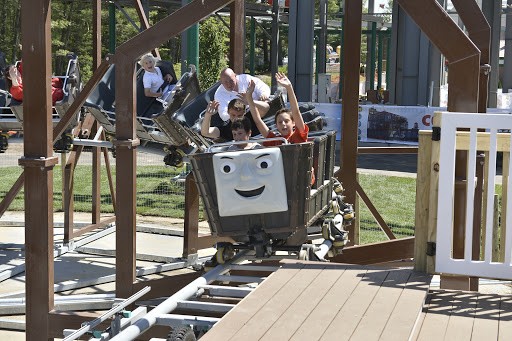