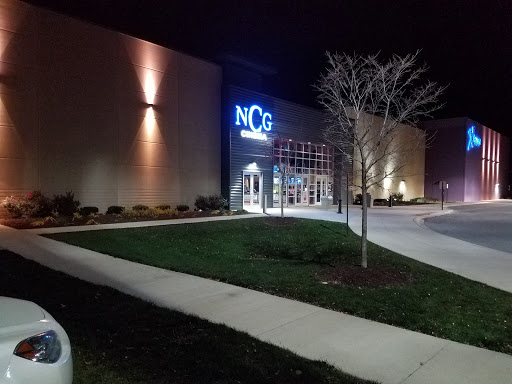 Horrible, harrasing service. A bit about myself i am a mother of 2, registered nurse, in a union, teach classes for breastfeeding moms, volunteering & donating when i can.. i have never written a yelp about any business ever, but because of the way I was treated here I definitely opened up a yelp account.....so concession stand accused me of stealing their soda cups that they have at their front register. I thought the lady put them there for me to take....so I took them....i was watching the movie then went to go use the bathroom...coming back from the bathroom...not 1, but 2 managers ( that looked no older than 21) pulled me aside and said you took 4 cups & only paid for 1....then I said well I thought the lady gave them to me & they said no you took them...then they said you need to pay for them...I told them I didnt use them all so you shouldnt charge me for all 4 cups & i will pay for the 2 I used & give you back the other 2. Then they called the cops & their general manager (that wasnt there....only the staff could talk to the general manager not me the customer) told the staff & cop that I had to pay for all 4 cups instead of 2....Crappy business!!! I am definitely getting justice...Wow...I just could not believe this...super bad business....before this all even happened I was thinking in my mind how rude they treated me even before this all happened....I would think twice before coming here...in case you lose a ticket, come late to a showing, come a cross any kind of problem....the general manager & staff are only there to help themselves not you.

Went to see a movie friday night at 9:30 half hr into the movie went to get a refill on popcorn and drinks lets just say the computer system for the drinks was super slow and glitchy... but what really left me scratching my head was the fact that they cleaned the popcorn machine and said that i couldnt get anymore popcorn after spending the extra money specifically for popcorn for my family we got told they werent serving anymore and thrown it all away. So at the end of the show i wanted to figure out why so i stood around for 15 min and couldnt find a single person who worked there. It took me going behind the counter and pounding on the door to get any help. When i spoke to the man about why they would allow people to spend money on popcorn if they knew they were going to stop serving it a half hr into us being there. He said they do that every night for late night shows.?? The fact of the matter was they didnt want to pay their employees to stay after the show was over to clean the popcorn machine supposedly. Well it would have been nice to know before i spent my money on popcorn. I will not go back. Who wants to go to a movie theater on FRIDAY night and get told they arent serving popcorn..... the theater was super small to top it off figured the 3d theater would be bigger and more relaxing but everyone was crammed on top of eachother. Half hr into the movie they also turned the air conditioning off it got hot and stuffy. Just way to many complaints about this theater and rude staff.

Manager is unreasonable. First off our movie did not start until 30 minutes after the posted showtime. We waited 20 minutes in front of a black screen. We personally had to get the manager to come and fix it, which is just wrong. Then it took ten minutes to start the movie, with zero previews. After the movie ended my brother tried to refill his hobbit cup which he received as a gift. The manager gave him and I a hard time claiming that the cup was supposed to be used on the day of purchase when they sold them as gifts, doesnt make sense. The fact that he doesnt believe customers in what they say shows that NCG Yorkville Cinemas faculty does not care for the customers rights and experience. Once i started to leave he I told him that he was very wrong. Then he said I was wrong and stated that he could have took my brothers cup away. For all i know that cup was sold as a gift (nobody gives a gift to somebody for them to immediately use that day) and purchased as a gift and was not used until that day. If he had taken the cup away that would have been thievery. Coming from many managerial leadership roles I know first hand that not showing the proper example of care for equipment, personal, and customers is absolutely wrong. I only wish that this theater can replace the terrible manager they have now.

The theatre is nice, the staff is really friendly, however the company itself is fairly sad. We had a birthday party there and they literally do nothing but provide a room. We sat waiting in line with 9 kids. We were told we couldnt sit and had to stand, meanwhile the family next to us had two kids sitting in line with no problem apparently. We went in the movie, they dont reserve seats for a party like every other place weve had a kids birthday party, so get there early to get seats. Then we got out of the movie, none of our presents or plates and napkins that we had to provide, were in the room and we had to wait for the manager to get them to eat the pizza. Three of our kids had thrown out there cups out of habit on the way out if the theater, they couldnt provide new ones cause its company policy to count cups. No problem we had some as part of our party gifts to the guest, but were told that the would be taken away if we used them. Weve done this several times at other theaters with great hospitality. I highly suggest never booking a party here.

We went to see "American Sniper" today before the Oscars tomorrow along with a long line of people only to be turned away because "that particular movie", well, they chose THAT particular theater to "do a promo" as to not show the film! I worked for Fox and Sony in Los Angeles! All other movies were playing and this one they pulled! WHY? I will make sure everyone of importance knows about your theater! People are MAD! And when I asked for the Manager, he told me the same thing, laughed when I said "Why this movie?" along with the rest of the staff, until I asked for his business card. He took his sweet time and gave me something that says "Andrew" on it. This will kill your business - believe me! I just called back and some smart mouth gal said the President of your company was "Obama" - if shes not fired, I will make sure she is the first.

Great theatre. It is very new. To greatness starts when you get there. Gone are the days where you have to wait in a long line to get to the window, you squint through the glass to pick your ticket then you wait in another line to get your ticket ripped. This place you walk right in the theatre and you go to the register. There you can buy your tickets and buy concessions all in one spot. What a concept. Its gets better in the theatre. No more long windy hallway. You walk in the door and you are there. The seats are a leather and cloth combo and they recline. The screen is huge and there are speakers everywhere! Everything about this theatre is great. This is my main theatre moving forward. 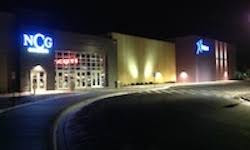 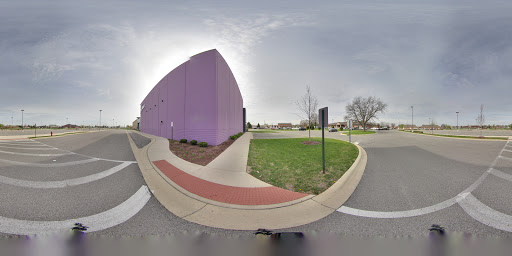 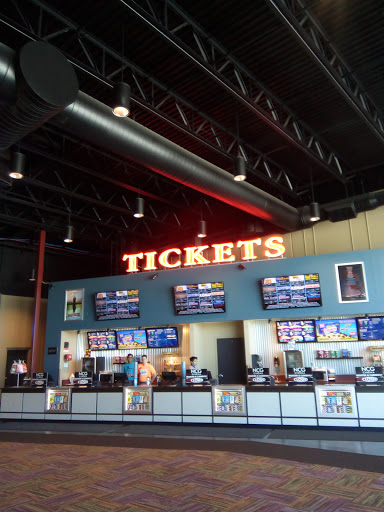 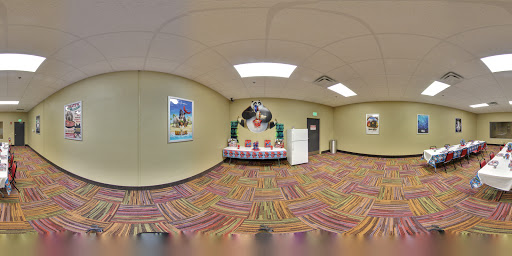 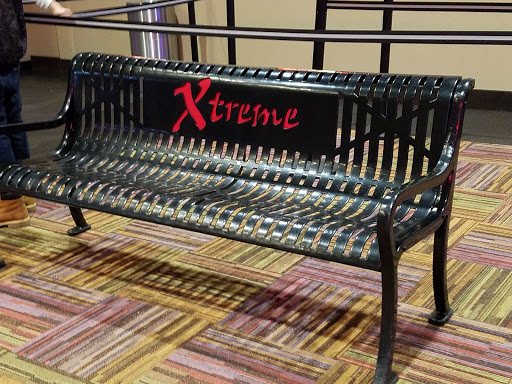 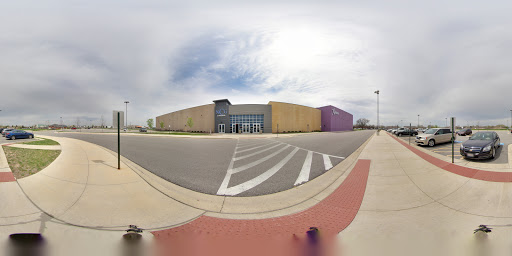 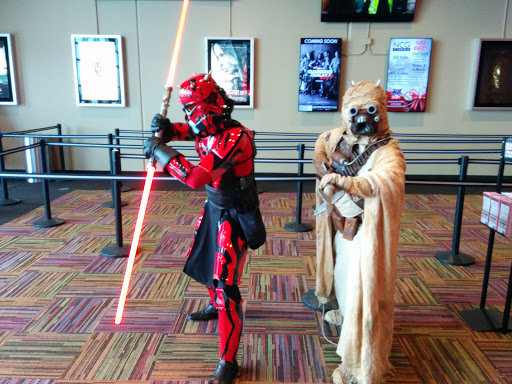 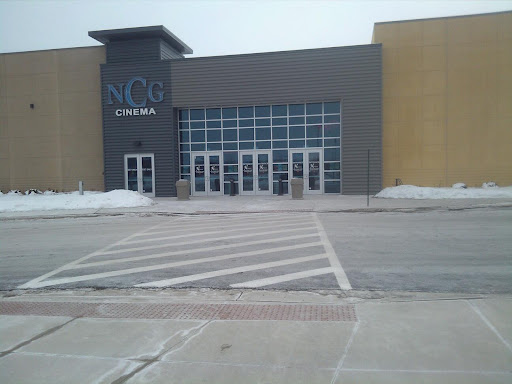 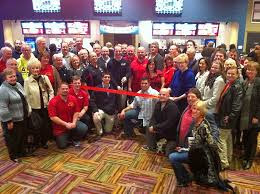 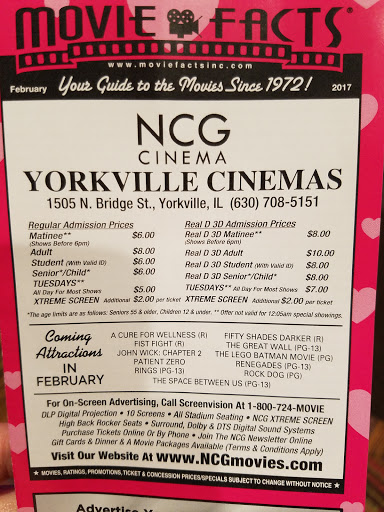 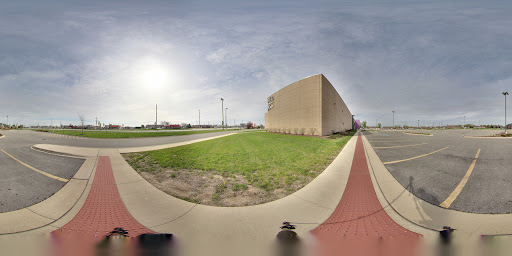 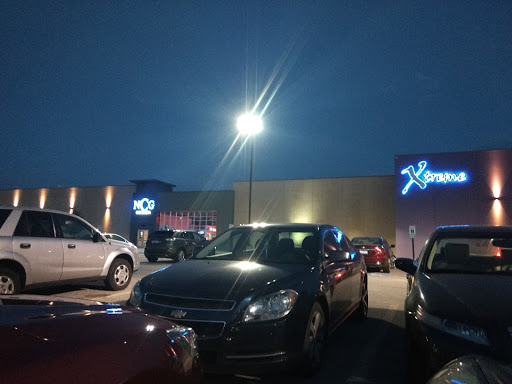 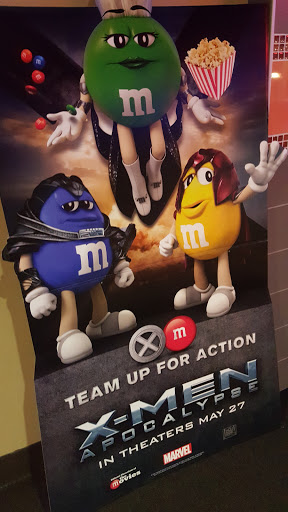 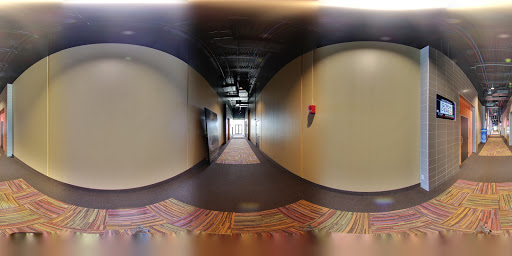 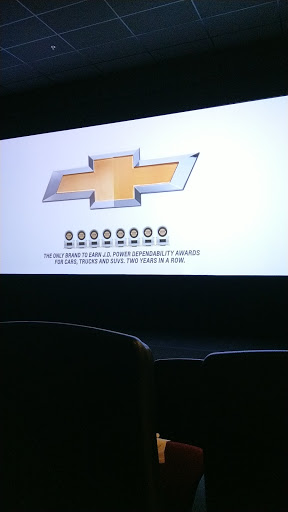 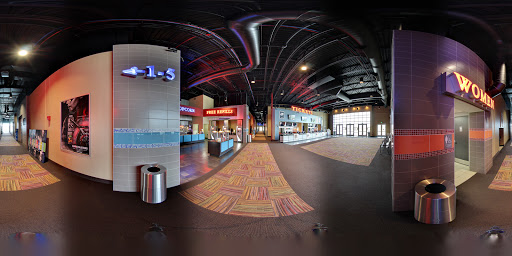 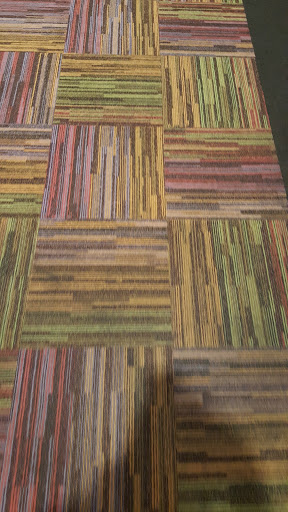 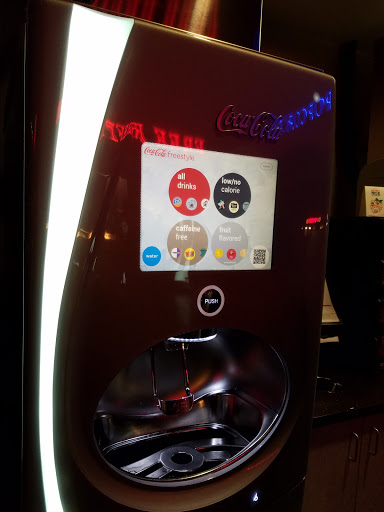 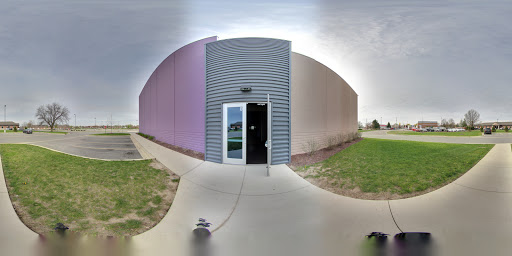 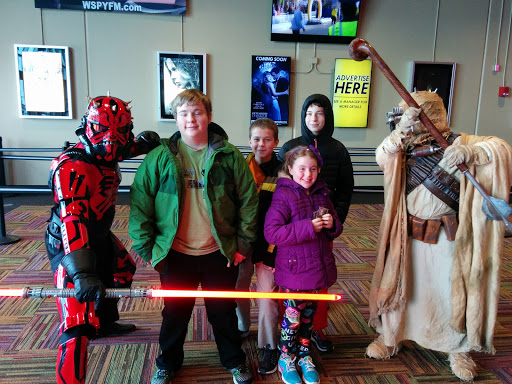