Not bad, but had a few issues. Two issues probably out of their control, but some more distracting A/V issues. One, there was a light casting a faint shadow the whole time. It wasnt noticeable in light parts of the movie, but if the movie got dark it was pretty distracting. I couldnt tell where it was coming from, but my guess is a neighboring business. May be out of their control, but its still a flaw. Two, Ustick Rd. and Lake Ave are both roads with a fair amount of traffic, so there is quite a lot of traffic noise, even later into the night. Again, not really their fault. I would not leave a bad/mediocre review for only these two reasons. There is a third... During the second movie, the audio on our radio broadcast became quite staticy. Like, we could still here the movie, but the static was pretty loud and very distracting. For half the movie, we turned off our radio and listened to another cars. When we had to do this, thats when traffic noise became an even bigger issue. This was not an issue with the first movie. As cars started leaving at the end of the movie, our signal became better. And along those lines, even when the radio signal was good, the actual sound quality seemed only average. Not bad, but not great. Same can be said about the video quality. It wasnt bad or distracting, but Ive seen better. My final verdict: Go to Motor Vu in Parma instead. There has been no issue with light pollution or traffic noise there (Ive been twice). Also, the radio signal has never cut out, and the quality seems higher. The video quality also seems higher at Motor Vu. It also seems a bit better kept up (though Terrace wasnt bad in that regard). So, is Terrace bad? No. If it werent for the static issue, this review would be 4 or, or maybe even 4.5 if I could. Im not sure if the radio signal thing was a fluke or a common occurrence. But, Motor Vu in Parma is better in almost every way, in my opinion. If Motor Vu didnt exist, I would plan on coming back to Terrace in the future. But as it is, Ill just drive the extra 15 minutes to Motor Vu, its worth it.

Extremely disappointed! They have turned a used to be family fun movie outing into a money making experience. They redrew the lines so your crammed in like sardines in a can. They let people in way after the movie has started which disturuped our view and we missed part of the show while they decided where they were going to park. Trying to get in was difficult as the cars coming in from the Blvd were pulling out in front and blocking traffic that was coming from Lake and Ustick in the other direction. All in all a real mess. Nope I wont be going back to that mess again!!

We drove 45 minutes to the theater, where we were unable to find the enterance due to all the road construction. The detour signs led us nowhere. When I called the theater, there was only an automated message and no options to talk to an actual person. Instead of a fun evening watching movies, we wasted over an hour and a half driving. This was an incredibly disappointing experience, considering I had enjoyed all my other trips here. I definitely dont recommend trying to go to the movies here until all this road work is done.

A great place to go see a couple movies for a good price. This is also a great option if you have younger children who arent quite ready to go to the theater. The concessions are also priced fairly. While there are a couple improvements to be made, you can definitely tell that the owner cares about the drive-in experience.

Same drive-in I went to as a kid. This place is great! I hope theyre around for years to come. Audio from movie comes through your car stereo so bring the big system out! Gone are the days of this great American past-time. Take your kids if theyve never been. Prices are great and its always a double feature!

This here the right way to "go to the movies". Outdoors. Like the old school feel of the place. Only wish that they had one in Boise. Hate the location but well worth the drive. I hope this theater sticks around season after season. I much prefer this over an indoor theater.

Great movies and atmosphere. My only complaints are that they need to either pave or put rocks down to stop the dust and that they need to do something to block out the light from cars on the street passing behind the screen.

Close to home. Friendly staff. Sunday night isnt overcrowded but popcorn is stale. Lights from cars on roadway are distracting. They really need to smooth out the driveway coming in and at exits. Had a good time though.

New ownership has very strict parking rules. Makes it very hard to watch movie from a lawn chair or anywhere else besides the bed of a truck. Takes the fun out of going to the drive in with the family

In my opinion i have never had any issues with Terrace Drive- In the place is great they have lots of stuff at the snack bar to eat too. I am going to rate this the max.

I love that drive in movie theaters are still a thing. We love that this drive is so close to home and that they play new movies. Highly suggest checking this spot out!

I like the layout of the place. Just take your car, park it , tune in to the station they tell you to and watch the movie. My family had a great time.

2 movies for the price of one. $8 per person and you can bring your own food or purchase from the concession stand to help support the theater.

Cool old-school drive in. Food stand is mostly mediocre items however I did fall in love with the burgers they make here. Great for a date!

Love the old fashioned drive in. (Relatively) cheap popcorn. Well thought out. They encourage you to charge your battery inbetween movies.

Great drive-in. Get there early, especially on the weekend. It fills up quick, and the ticket process is slow.

Great value for premium movies! You have to be willing to stay up late but its well worth the experience!

Love this drive in theater. They always are playing new movies. Concessions arent too expensive either.

the new management doesnt get it. the snack bar isnt very good and what they have isnt worth the money

Very nice night watching movies at the drive in with my grandkids and daughter! Cars3 is super cute!

Super cool place to go vs the standard theatre. Wish more drive ins could stand the test of time.

Fun place to watch a good double feature. Little hard to get into if you are in a smaller vehicle.

Great local drive inn. Can take your family out for a movie and snacks for an affordable price

I use to bring my kids here. Tonight I took my grandkids... Best birthday ever thanks!!!

Food is great, staff is friendly, and the movie was cheap to get into but worth the money

Good cheap fun. The staff is very friendly. The food is actually not to shabby $$ wise. 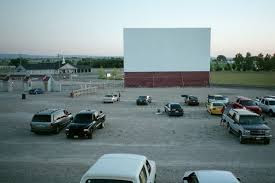 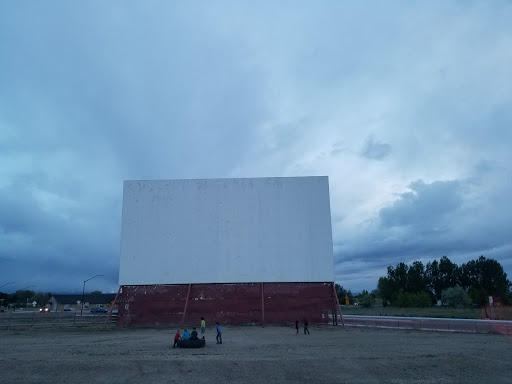 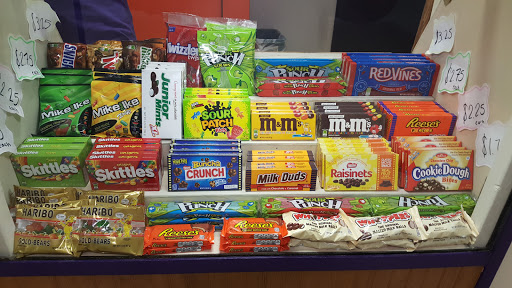 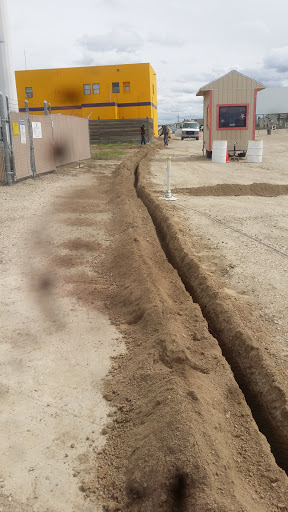 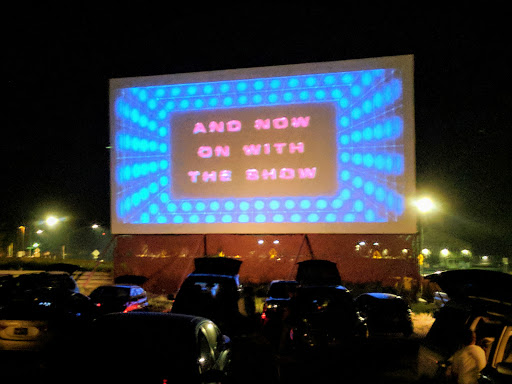 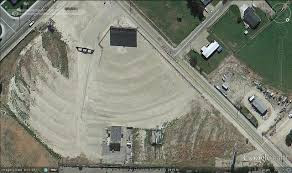 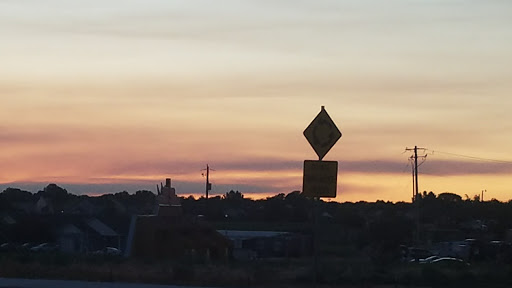 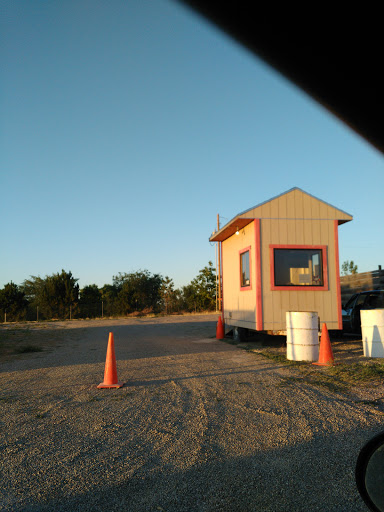 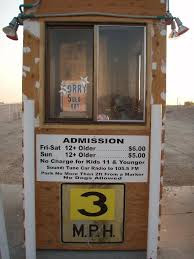 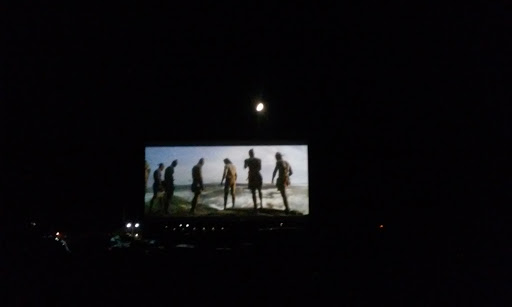 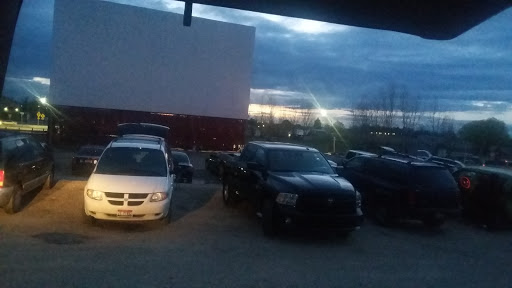 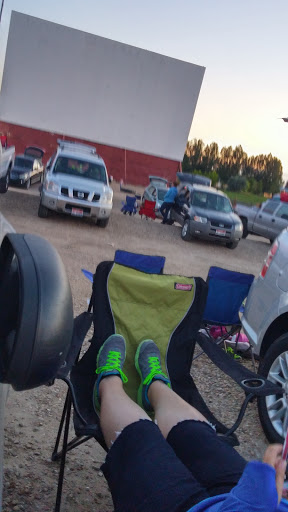 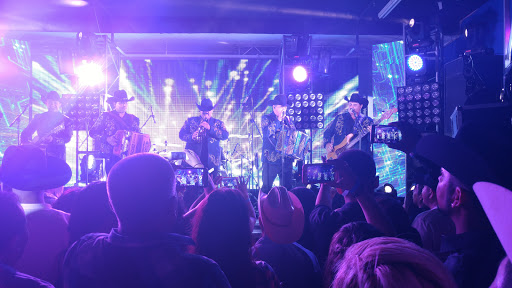 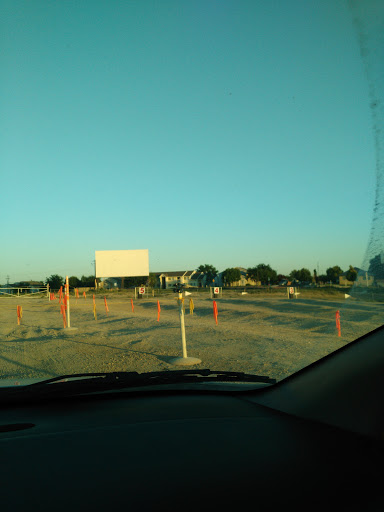 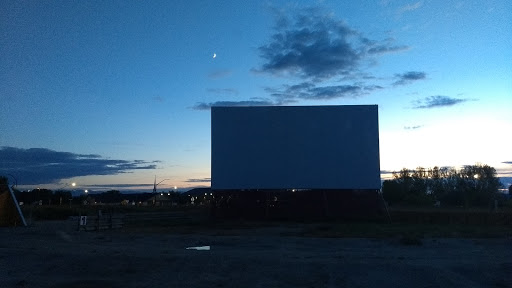 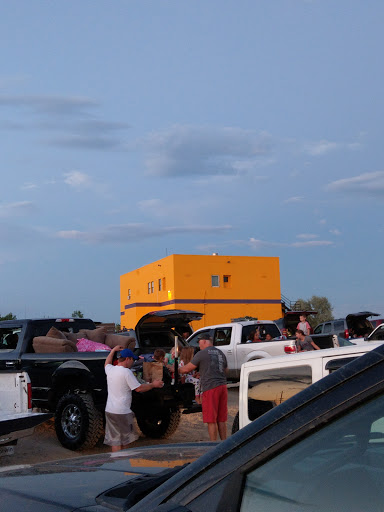 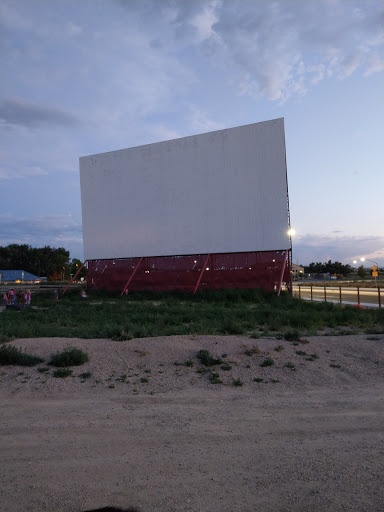