We had a birthday party for my 7 year old daughter over the weekend. We originally booked the party for 2:30, but we were called and informed that the party had to be moved to noon because they had rented out the building at 3:00 and for some reason, the website didnt block it out. However, for the inconvenience, we were given a free round of laser tag for all the kids, so that was a nice bonus. We arrived at Stars and Strikes a little early, at 11:40, and I went to the bowling desk and advised them we had arrived for our noon party. We were told that our party coordinator would be over to assist us momentarily and we were advised which lanes we were using. At 11:55, we had yet to see our party coordinator, so I went back to the bowling desk, at which point I was told again that our coordinator would be right over. We also had not been provided the balloons the rest of the parties had, so our guests, who were quickly arriving, had a difficult time finding our party. At 12:00, with all of our guests already there, we STILL had yet to see our coordinator, so I returned to the bowling desk yet again. The gentleman at the desk once again told us that our coordinator would be right over, and a few minutes later, she finally showed up. We eventually got our pizza and drinks, and the kids bowled, ate, and had birthday cupcakes, and around 1:30 (as our coordinator had advised), we were taken for the kids to do the bumper cars and laser tag. Our party coordinator brought the pizzas, brought one round of drinks, and took the kids to bumper cars and laser tag. We were never asked if we needed more drinks or plates for cupcakes, and we ordered two extra pizzas for the parents and were never brought plates for them, either. The atmosphere and activities were great, and all of the kids had a blast. But Im only giving three stars because our party coordinator was not helpful at all.

I dont normally leave bad reviews but we had a horrible experience. I held my childs birthday party there. The short story was that our coordinator was not prepared, didnt stay with us, had poor time management skills, and argued with me over what the birthday package included. I had to point out the item on the brochure to prove my case. We paid our bill after bowling. Then she came down and told us we had to pay $40 cash in tip. I did speak to the manager and found out the coordinator had only been there two weeks. The manager did not offer a discount or any sort of compensation. The kids had fun, but it was stressful for the birthday parents.

This place is a disgrace. First thing when I walked up they were flying an American Flag that was torn all apart and stained from weather, what a way to disgrace our great nation. When inside no one wants to help you. I had to go over to the desk to find out who I needed to see about bowling. "Oh thats not my area, you need to go back over there and find someone. This was typical for our visit. I just wanted somewhere to take my 10 years old niece to kill some time while we waited for my wife who had doctors appt. I will NEVER return. If my grandfather was still alive, being a WWII vet he would have found the owner and given him a lecture about that flag.

So I walked into the store felling. Excited. I had 2 dollars to spend on my favorite machin the mega claw machine. I carefully centered the claw around my would-be prize and let it drop. I had clamped it perfectly and the one on top of it. The prize was one of the best I have ever seen. As it went to come up, I suddenly looked at it bewilderly. The claw was coming up completely open and had dropped my prize before it even picked it up. Foot away it finally closed it went to the prize chute. I was extremely mad because I was out of money and I really wanted that stuffed animal prize. Terrible

I used to frequent this bowling alley weekly but havent been a few months. I came on a Tuesday, and was then told, their new pricing is fixed, meaning I have to pay $14 for an hour, but that also includes a shoe rental that i didnt need. I tried to explain I dont need shoes because I own my own pair. They then told me, it doesnt matter, I have to pay for a product I dont want or need. Needless to say, as common as bowling alleys are, they lost my business and everyone who comes with me. Best of luck to them and their new business plan.

We had our sons bday party there and it was awesome. We got a dedicated party host who was there to help us every step of the way. Lindsey Smith (party host) from the get go explained the whole schedule, took our orders for food, brought the food out promptly, guided the kids through all the activities and took care of all the kids. We just had to sit back and relax. Kids had tons of fun and so did we! Definitely going back there again to celebrate or for regular family fun nights.

I used to love this place but with the new pricing it is terrible. My husband and I used to come and play 3 games each. We would usually get a pitcher of beer and some food also. With the new pay by the hour setup we played our 40 min and didnt want to waste time with food. The prices are way too high and the pay by the hour is not setup for avid bowlers. We got cut off in the middle of a frame. We will be finding a new alley that lets us finish our game.

Not bad. My father and I came here to bowl and had a good time. The environment is very loud and the bowling alley is in the back past the arcade and personal rooms for birthdays and parties, and dining area. I personally feel the bowling alley could be a little more separated from these areas. The prices arent bad considering if your looking for a slightly more elevated experience, then youd be paying more to go to Main Event.

Good place to go bowling. A little pricey if you just go in and want to bowl. Best to look at their daily deals and occasional Groupons for the best deal. Be ready for a wait on Saturdays as this is the big birthday time. Weekday afternoons are not to bad earlier on. Food is average from the concession stand, but WAY overpriced. Of the times we have gone, dont expect too much help from that portion of the services offered.

I was very disappointed in this establishment. I am from out of town visiting my kids and grandkids and we decided to take advantage of the. 99 cent Wednesday bowl. Upon arrival, there is also bowling leagues going on at the same time, which apparently the establishment only reserves 2 lanes for the public to use for the .99 cent bowling. What is up with that? What is the purpose of .99 cent bowling? Very disappointed and upset. 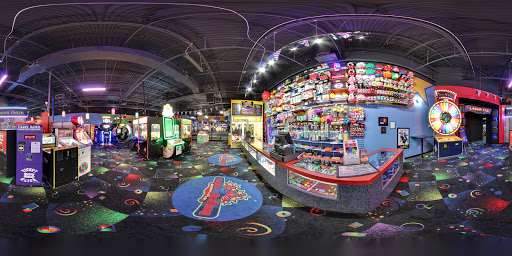 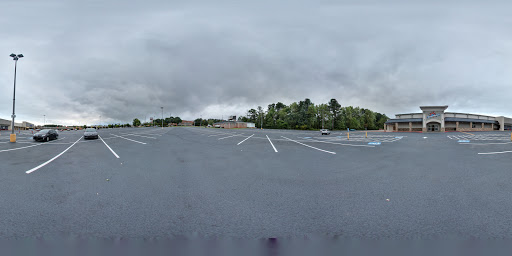 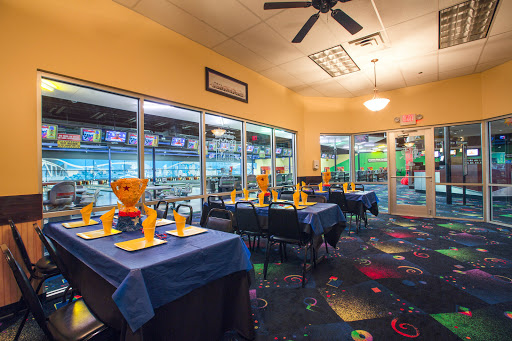 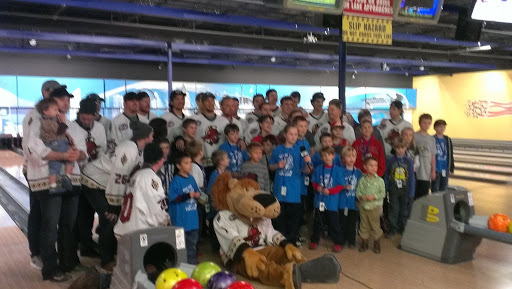 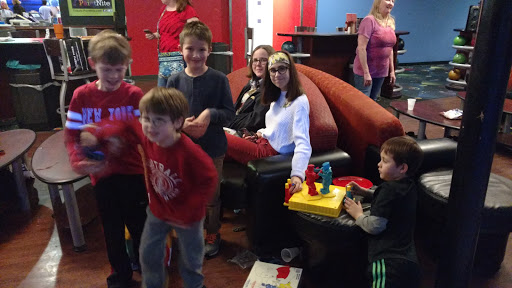 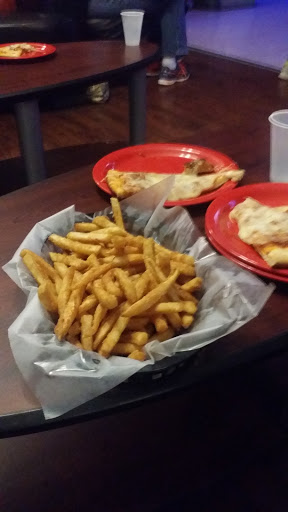 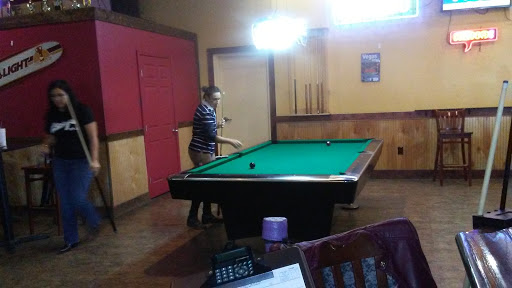 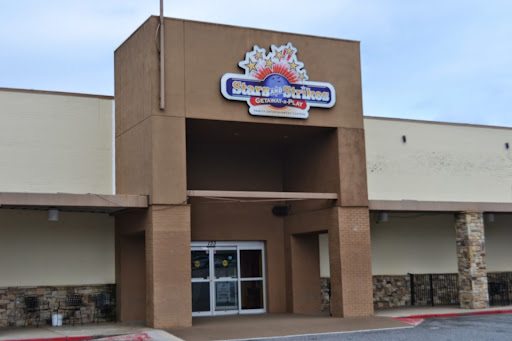 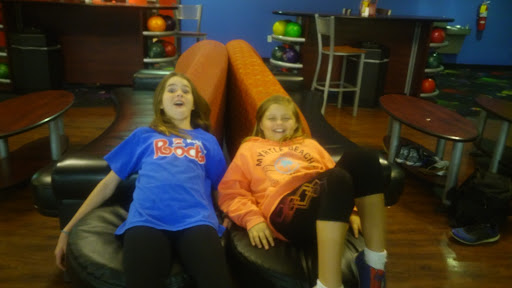 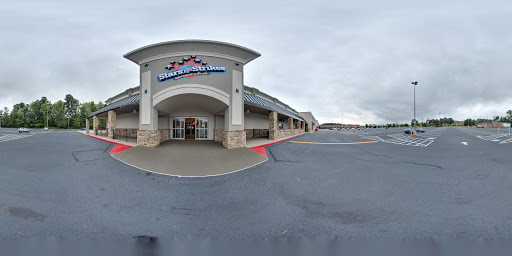 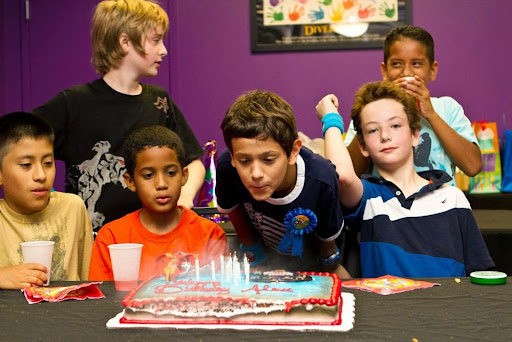 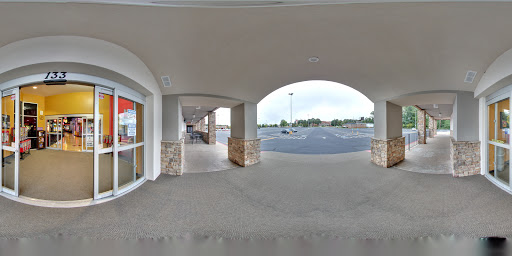 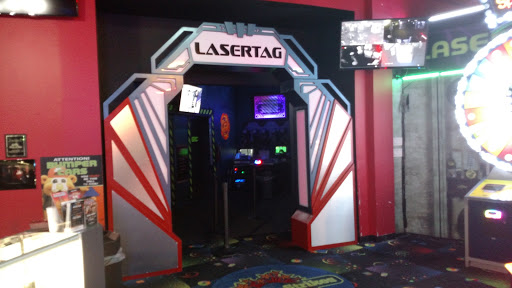 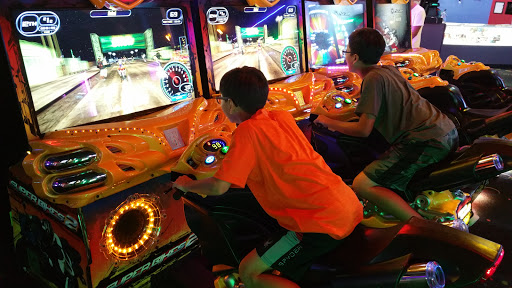 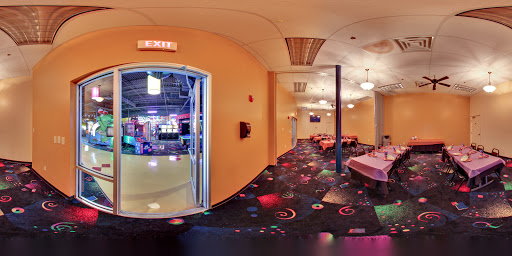 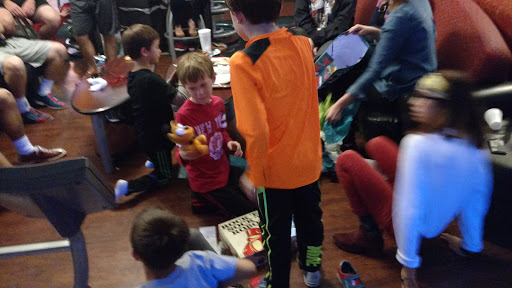 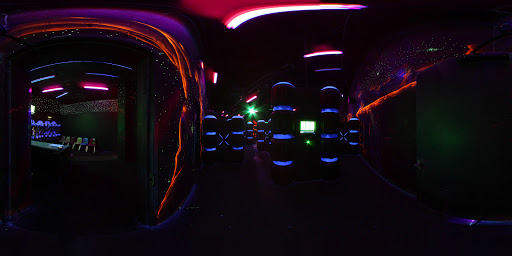 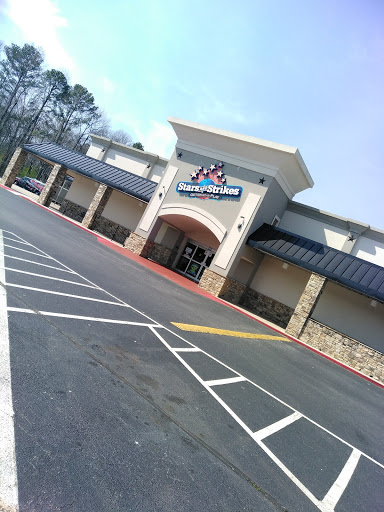 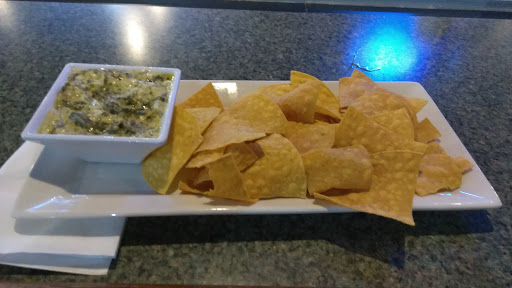