AWESOME CLUB!! I thought I knew of every strip club around but then just yesterday I found Vixens! Im SO glad I did too! Everything that I HATE about other clubs was done OPPOSITE here! Example: They played a nice mix of music with plenty of rock! Still lots of generic stripper music but lots of Rock n Roll makes a strip club more enjoyable for me, and about half the music was rock. Then the girls were BEAUTIFUL! And they had names like Jane and Jody, not generic names like "Crystal" or "Diamond". No bad attitude, many girls came and said hello (I went alone). If I told them I just wanted to watch the dancers they didnt beg me to buy them drinks or ask for money, just smiled and said OK. Every tip I gave resulted in a personal "thank you" after or during the dance. When I wanted a private dance I was lucky enough to meet, who I thought was the hottest girl there, Ariana. The truth is that MOST of the girls were 8-9s, Ariana teetered between a 9 and a 10 after she started talking. She made me feel like a king, which I know is their job, but there was ZERO money begging and she was as bright and smart as she was beautiful! The private dance was SO hot! Sexy, not sleazy. Fun, no pressure, when I stayed for a second dance she made sure I wanted to, without begging me at all. The private dances are the same price as other clubs, 25. So I got two. I love ALL beautiful girls, Black, White, Asian, Hispanic, it means nothing to me. The demographics of this club was a perfect mix of maybe 25% of each. Actually mostly White and Hispanic. ALL the girls I met looked and acted like college girls, not strung out baby-mamas. There is a $10 cover, which was at 9pm Friday night. If you dont like paying covers I would check about the daytime policy. Many clubs dont charge daytime covers. There was a large man watching over the parked cars, and even guys in a golf cart buzzing around keeping an eye on the customers cars. I cant think of one bad thing to say about this club! Huge ceiling, like it was maybe a boat storage place at one time, its hidden away between 441 and 595, in the farthest possible little nook in the SW corner of where the two roads meet. Look at any map program and its easy to find. West of 441 down one street, then one right turn down another street and it dead ends at the club, maybe one mile west of 441. VERY easy to find. Theyve only been open for a year and a few months. This is now my GO TO club. Its the most civilized, clean, respectful, fun, hot, sexy gentlemans club Ive ever been to with the SAME PRICES as the sleazy typical S FL strip clubs that are around. Its worth the cover charge, drinks are same price as other places, I dont know if they have food but if they do Id definitely eat there. Everything was top shelf with the same prices as other clubs. Rock n Roll, reasonable prices, security, clean bright hot girls with no attitude, nice staff, SEXY not sleazy, THATs what I want when I go to a club and that is what Vixens delivers!

The amazing hospitality starts at the front door with Jesse Jacks, I mean the hospitality is incredible, they really make you feel at home, best club Ive ever been to! From the owners of Scarletts comes a rock and roll with a twist of country music themed venue. Located a mile up the road from the Hard Rock hotel and casino, this club is open until 6am, has full nude, beautiful Scarletts quality dancers, its only three months old and the building is beautiful and smells brand new. I would recommend asking for Jesse Jacks, at the front door he will assure that you receive the VIP treatment. My bachelor party was memorable because of that service, he put me and my buddies in VIP area, made sure we had the finest bottles of liquor and sent beautiful women to us to dance for the groom! Truly an unforgettable night!

This place is insulting as a nightclub/ gentlemens club.. $2 to self park (because the bouncer asked if I paid rent.. Which I do not.. Well apparently thats the same thing.. Not.. Why am I paying a public place to park my own car.. While valet is $10.. Then when I ask for the cover charge its $10 a person and I am told that they are higher end because they are in Broward county and not Palm Beach.. Last time I checked night clubs or "gentlemens clubs" were actually strip clubs.. Why am I going to pay that much just to see what you have inside instead of supporting people in the industry and letting them make a living.. This place is a joke

Weird, a strip club without dancers...was there in March during the week and there was one dancer but she sat with one of her "regulars" all night. There were not many customers in the place and the bartender tried to beat me out of a beer. She suggested I order 2 beers at the happy hour price and she your bring the second one to me after I finish the first, which is very nice. I then sat with an empty glass for quite some time and when I inquired about my second, she claimed she brought it to me already...I did get my second beer, but she basically called me a liar first. Not recommended.

Had a great time, been wanting to check it out for a while. So heres the deal. Its a strip club that doesnt feel like a strip club, and the music is actually pretty decent. Its not overcrowded with tables, so you can walk around and enjoy the place. Its big but not too big. Either Im going crazy or some serious thought went into this place. I think its relatively new too which is nice. Yeah the girls could be better, but that can be easily fixed. The only bad thing is that its too close to my house!

Daytime would ideally be better for new dancers. Dont have to chase the staff around to pay them. Plus, theres no extra fees that werent discussed with new dancers before beginning. I ended up paying an extra 20.00 for staying an extra hour. I only made 100.00. I thought the house was 30.00...but paid an extra person 5 and 15.00 for house. Confusing right? Yeah. Wouldnt have happened day shift. The day shift manager is so much better. Hes patient, listens, and easy going.

Place looks nice and classy. good music and not too loud. We went to check it out last Saturday and the place was packed with beautiful ladies and drinks are not expansive like other clubs in S. FL. we were party of 6 and had a bottle at the table and the ladies ordered some sweet cocktails I cant taste all came out around $30/person not bad at all. There was a girl named "Sunshine" (real name?) check her out very cool. was good night out, we will go again Im sure.

wow wow omg i have been there many times and now thwy have better girls than before i have to say that i had a great time with a beatiful young cuban blond girl . i love her she look like an holliwood actris.. she is amazing and some other girls too.. they also have great music and the place looks very elegant thank u vixen you guys are the best in all miami ❤ 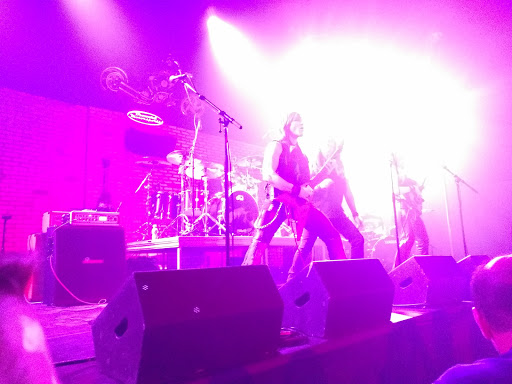 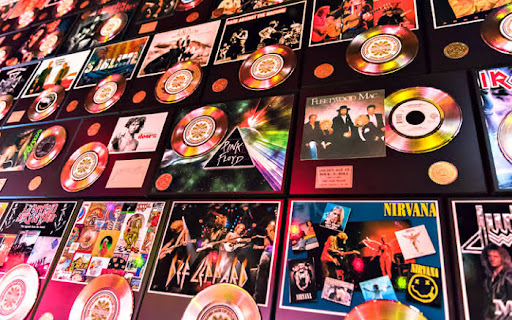 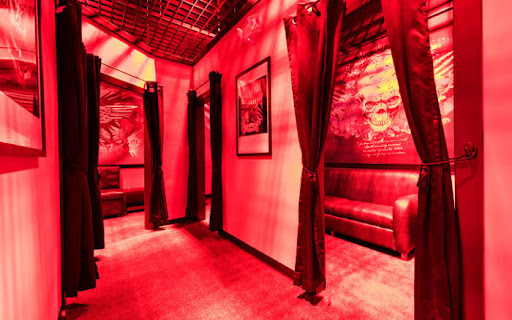 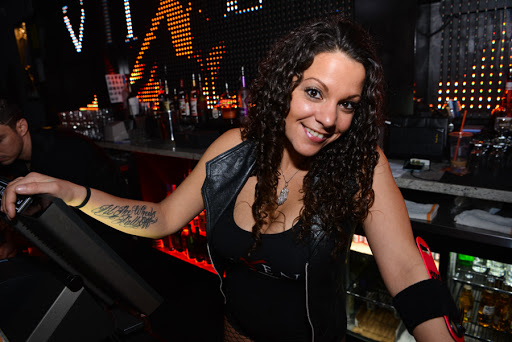 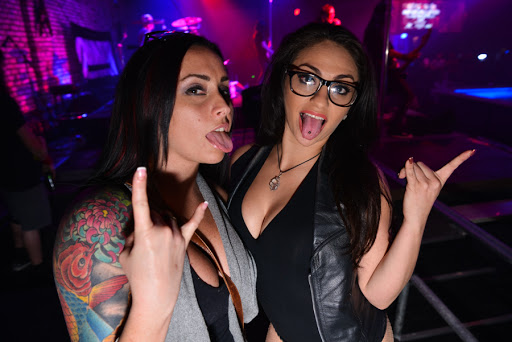 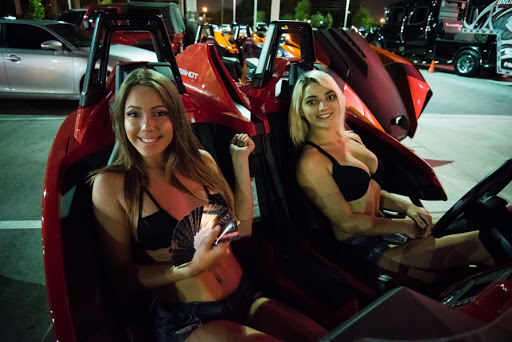 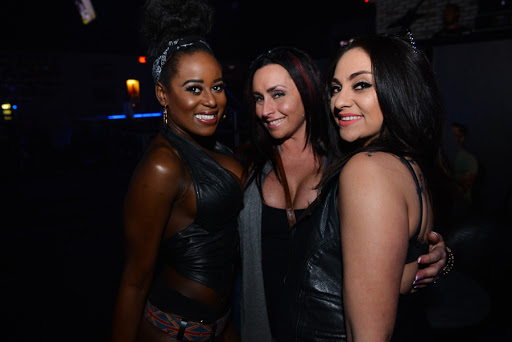 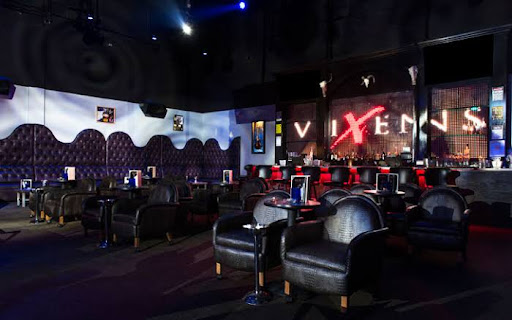