The Timbers At Troy

My group plays different courses bi-weekly and this was by far the worst course (value) in my 5 years in the league. I do appreciate them reducing greens fees from $69 to $59 due to aeration however, I feel like I got ripped off paying that much to play this course in its current state which is a shame because I like its design and layout are great. Very simply put my problems with today were: 1) They put out a foursome of walkers directly ahead of us. I walk much of the time myself so I have no bias against walking but, they all would walk to each others balls and took forever to clear an area. They fell behind by 20 mins by hole 11 (conservative estimate) and we were told by the ranger that they were close to on pace. I know some holes are challenging but, never should you have two groups consistently on the same tee box if the Ranger is doing his job. He was friendly enough but, not able to hurry groups along. 2) No one bunker had an ounce of sand in it. It was all dirt and maybe once was it raked. We removed several rocks from the bunkers larger than a quarter (I know illegal but, ridiculous to have them in there). In one instance a group member of mine had a beer bottle left directly in his line of flight, altering his shot. Some bunkers you did get a good lie in though, especially when your ball sat on top of the grass growing in the bunkers. More on this later. 3) All the tees were terrible. It looked like the tee markers hadnt been moved in weeks. The turf was chewed up and terrible. 4) The fairways looked like they hadnt been watered in weeks. I know it is mid-April but, there was not a sign that anything had been watered or cut in a long time. 5) The range had ball buckets strewn about and the practice facility itself leaves a lot to be desired. 6) The clubhouse was surrounded by wasps and some got in. Really hard to enjoy a beer after the round while your wondering if your going to get stung. 7) However, the main reason for this review was the "director of golf" after the round. I dont like to post on here unless I feel absolutely necessary and in this case I did because of him. When I made the comment that it was surprising there were any birdies due to conditions he immediately went defensive stating several other courses aerated. When I pointed out it wasnt the aeration we were talking about but the terrible condition of the bunkers, tees, and fairways he proceeded to tell me how great the bunkers were going to be next year. So wait, I have to pay full price now for horrible quality and be ok with my round being unenjoyable because the bunkers will be great next year? Total lack of care and compassion and even body language suggested it was an effort in futility to even approach him any further. In summary, the course is going downhill and is suffering from a severe lack of maintenance. I believe there are many other places you can better spend your money for the value your getting. In the condition this course is in it is not worth any more than $30 with the aeration and $40 normally. Really a shame as I remember when the course was a really nice track.

Not a total waste of money; just expect to pay more if you get a rained out and have to return. The course overall is decent. Yes. The other reviewers are right; bunkers do have rocks in them, you may run into course maintenance during play and pace of play is measured in geologic time. These are all frustrations that have the potential to ruin your day while there. -------------------------------------------> The good news is, most of the staff are very friendly; especially the few young kids working the cart return, the ladies working the snack cart and the golf pro (I think his name is Binx). Really nice folks. So if you can overlook a few operational issues on the course, these folks will make the personal interactions enjoyable. -------------------------------------------> However, if youre like me and play on a pretty tight budget. You need to ask about their rain check policies and how in the world the calculations are made to figure out the rain check amount. Because however much you paid to play 18 on the original day; this will not cover the cost to continue when you come back. You will be asked to pay again; regardless of the fact that youre playing at the same general time of day. This is what ruined it for me. My golf partner and I were not happy with the rain check tax that was levied just because we had to return on another day to finish our round. The two star rating reflects this experience.

Timbers of Troy is dump. Most of the bunkers are devoid of almost any sand. They are mostly hard packed clay. The greens had been aerated, necessary maintenance, but the voids should be filled with sand and they were not. Also, the plugs should be removed from the greens. Timbers left piles of plugs on multiple greens. Also, a golf course should find a suitable use for the plug. At a minimum, they should find an out of the way place to dispose of them. At Timbers any place just off the cart path seems to fine with them. Timbers has lots of zones call "environmentally sensitive area" asking the golfers to stay out of them, but these guys use these areas to dump their broken tees. Really, I think it was next to the bridge on the 12th hole over an environmentally sensitive area. Number 8 is next to a shopping area and trash from there has blown across the course and apparently that is where it will stay. All this is a shame because the course is a fine layout, but like all golf course, it requires good maintenance and Timbers greens keeper is just too lazy to bother.

This course is awful. The only thing worse than the conditions of the course itself is the terrible staff. Pace of play is ALWAYS an issue here and the staff does nothing to fix the problem. All they care about is getting you rung up at the register, after that its chaos; every man for himself. Starters will send out twosome after twosome in instead of keeping foursomes together so everyone can enjoy a decent pace of play. This is basic stuff, but even when pointed out, they dont care. Conditions are pretty bad as well. Greens being mowed in the middle of the day, no sand in the bunkers (dirt and rocks) inconsistant turf/weeds for rough and fairway. Divots and goose feces litter the fairways. Not very pretty as the tract runs through residential neighborhood. I could see playing htis course for $25ish with cart, not $55+ on weekdays. Complete waste.

This course has been neglected by Howard County for years. The bunkers are void of sand, there are practically more rocks than specks of sand. The greens are only okay, they are well covered in grass, but are typically very soft and with plenty of defects. The fairways vary quite a bit from nice to very soggy and bare. A lot of people who play here fail to replace their divots, so the fairways can be rough in places. The layout of the course is pretty good, it offers a variety of challenges. Staff are consistently friendly and helpful, they typically have a marshal keeping things moving and a drink cart rotating around the course. I will note that on more than one occasion, they collected their water coolers off the course long before they should have on very hot days when staying hydrated was important. 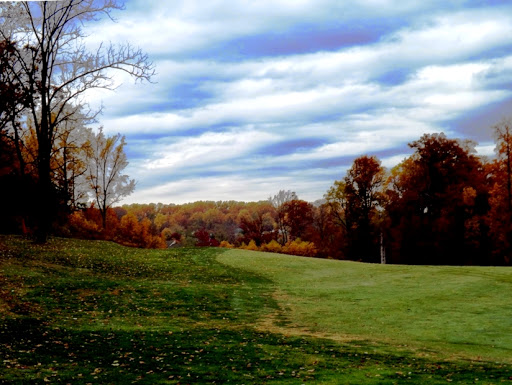 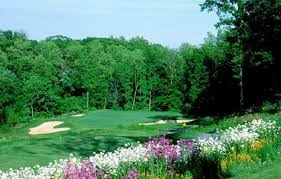 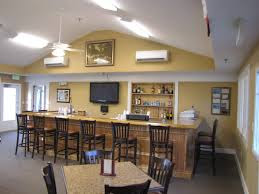 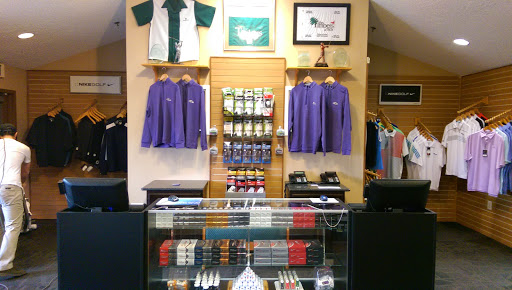 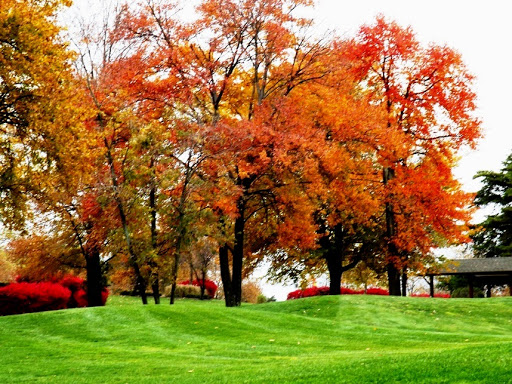 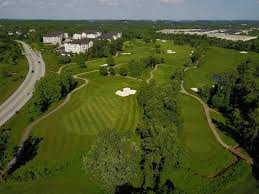 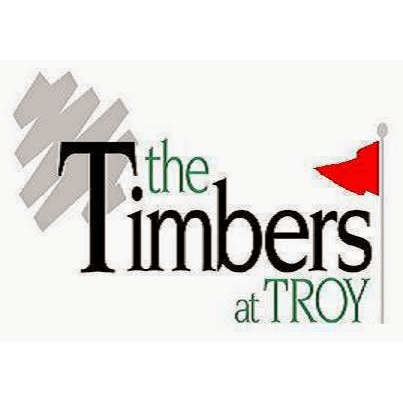 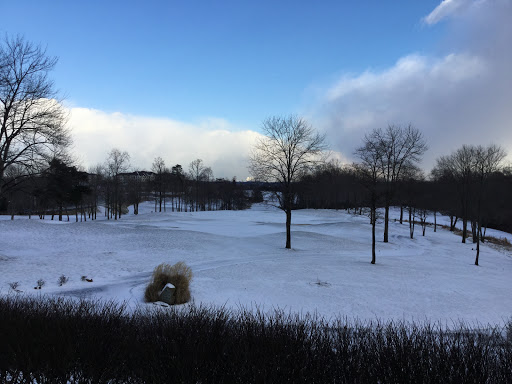 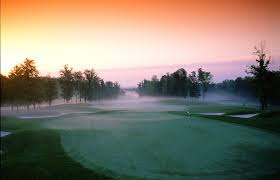 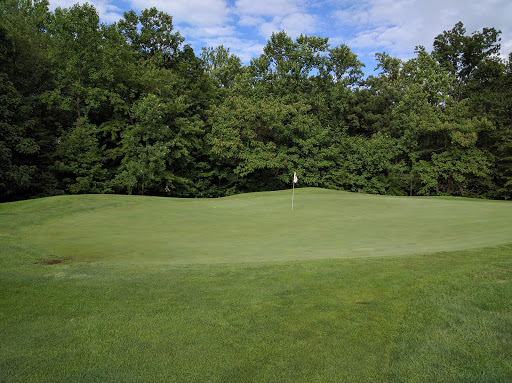 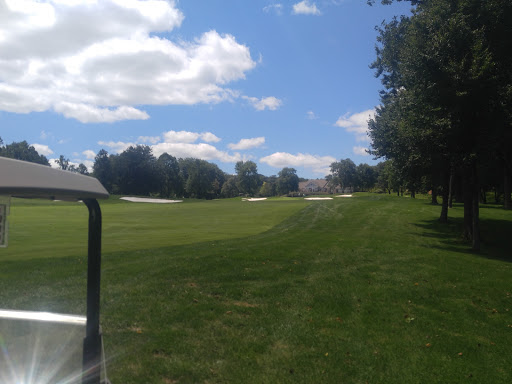 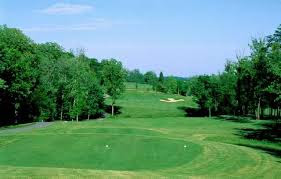