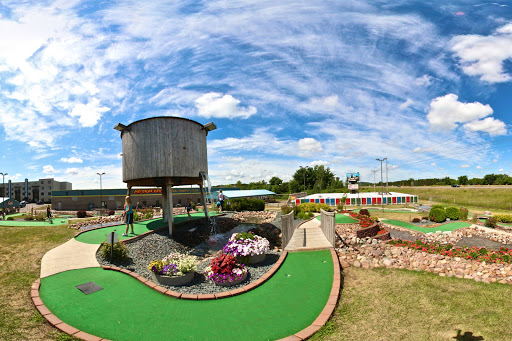 The only arcade in town (maybe a few small ones in game shops if you look hard enough), and therefore the best you got. It can sometimes be packed with a lot of people running around, which means you may have to wait a while to play a game in particular. What really bugs me is that the machines tend to break quite a bit, and it seems to take a while for the business to fix them. Food prices are average and nothing healthy, but they have a dairy queen Julius (ice cream only) right inside the business, which is awesome. Best to go during the summer, so you can do the maze, fast karts outside, and mini golf. Overall, a great experience and fair price, especially if you show up early and milk the unlimited pass. I would bump it up to four stars if they got the machines fixed up more often and maybe got some new games in every once in a while. I would definitely recommend going, just to see if you like it or not. 08-06-2014 Update: They did fix some of the machines and have a few new attractions/machines in the facility now, so I gave them an extra star for that.

It was my first time and last time going there. I was charged almost $70 for two people to go in to play unlimited for 3 hours. I said well at least I can play all the games. I found out that you cant play all the games. Most of them where broken and the others ones just sucked. If I wanted to play the other games, I have to pay for them. What $70 isnt enough? Think I have thousands in my pocket to waste? When we went to buy some pizza, I asked the lady at the counter if they just water glasses. I dont drink much pop and I just wanted water. Nope, they dont have water in the fountain. So I was a bit mad and decided to buy a stupid drink for the fountain. Found out there was water at the fountain. Guess what I did. I let the water run and run and run. I needed to get my moneys worth of water that they charged me for. Pizza was ok. Wouldnt have it again. Overall this place just sucked. I was scared to open my credit account to see how much they took out. Will not be going again.

Action City used to be a great place to go and have fun. They have now changed the way you use their money/credit system and the cost of a game has become outrageous. Used to get a $60 deal where you got $60 on your card and a 17 inch pizza with 1 topping and 4 drinks. The games cost from $1 to $2.50 for most. Im sure there were some a little more. Now you pay $30 get 200 credits and dont get the pizza included. Most games are now 5 credits but others are 9-10 credits each. You dont feel like you get to do much and you credits are gone. Now they are building a tramp park among other things that they obviously need the money to pay for so they are charging way too much. Needless to say we are not going back. This is the same for the Metropolis Hotel and Chaos Water Park.

I take my son here all the time. He has a lot of fun. The only thing I dislike about this place is and what I think they should work on more is customer service. There are times when were waiting forever just to get our action city card. They have enough employees to help customers but yet you see them just standing around pretending to be busy and theres a whole line behind me. Not only that my son loves the go cart but i find the employee who operate the go cart can be quite rude and seriously despise what he is doing, you can sense it. LOL. other times we have great service there. Overall I rate this a 3, Id still take my son there but there could be work done with customer service.

Way to expensive. Plan on standing in line for anything for a long time while 5 kids (staff) look at you and dont help. Train these people! Tell them to at least ask if you need help! For the money you spend, you should be able to play all the games. Save your money and go to a park. At least you wont be broke and bored. I also went for the Easter egg hunt. What a mess! Action City must let the underage staff organize these things. Second one I went to and they were both a joke. I watched a kid pull the front half of a game apart and it almost fell on him. Think about that when you have a 16 yr. old in charge if your safety. This place is typical Eau Claire garbage.

Im really disappointed with the treatment my son Gabriel recieved by the staff at Action City yesterday. The go cart track fuhrer ragged on him twice for things that were not his fault or responsibilty. He had tears in his eyes when he left his cart. I was furious, but I wanted my children to enjoy the rest of their time there so I went to complain to management instead of chewing the guy out myself. The "manager" turned out to be some pimple faced, greasy haired kid in skinny jeans that basically said that this guy had already been reprimanded for this behavior before and that nothing would be done about it. We will not be returning.

I had a experienced a few issues that I will be emailing management about. For three people a three hour visit cost $83.00. For that amount of money you would expect that their games and equipment would be in tip top shape, but it wasnt. A few games were on the verge of breaking, games were closed, batteries in the Go Karts were dieing, etc... One Go Kart had bad steering components and kept hoping around the corners (safety issue). Instead of taking that Kart off the track, the "kid" in charge of the Go Karts that day was arguing reasons why it was ok for it to do that and said he would have someone take a look at it tomorrow.

My daughters & grandchildren were there 12-26-12. While eating their pizza, my daughter noticed the cheese in the containers was green & fuzzy. When she went to point this out, the young worker did nothing. No one came to collect the cheese containers from tables! There was no one for managerial staff for her to go to..all were young employees who showed no concern, nor did they do anything to correct the problem. One of my daughters and 3 of my grandchildren ended up vomiting the rest of the evening. I will NEVER go there, nor will my family, nor any of their friends!!!!! This place should be looked at by city inspectors!!!!! 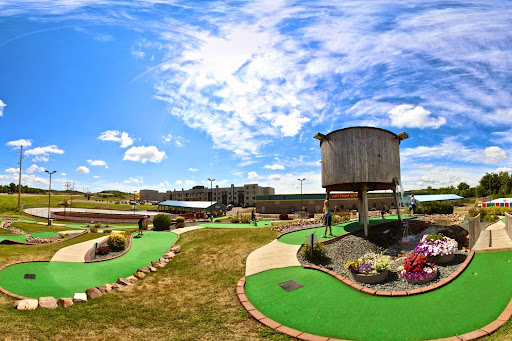 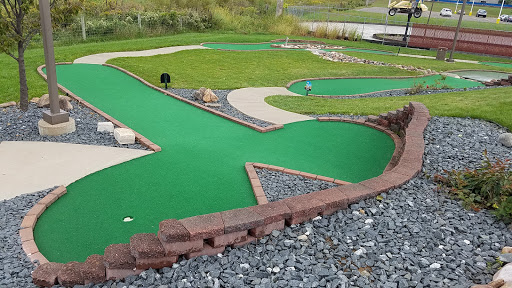 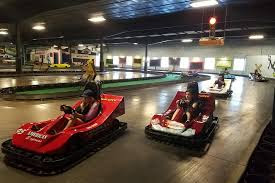 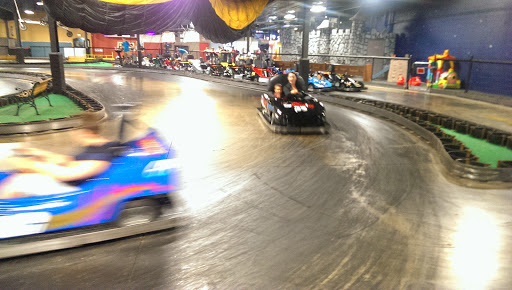 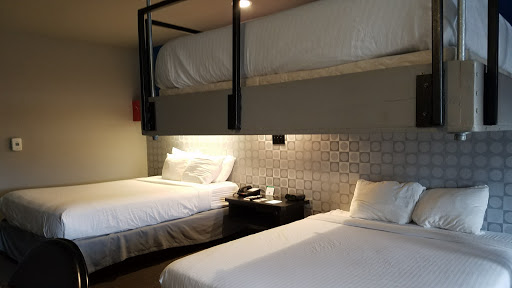 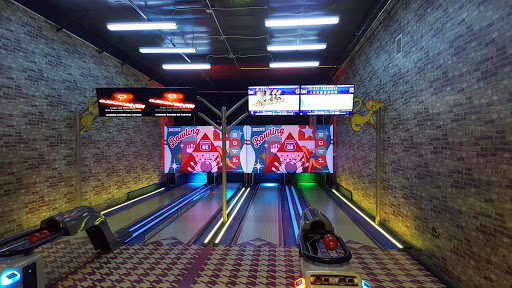 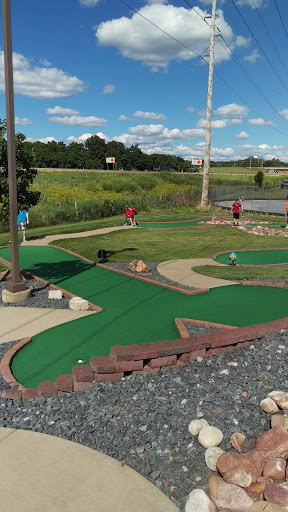 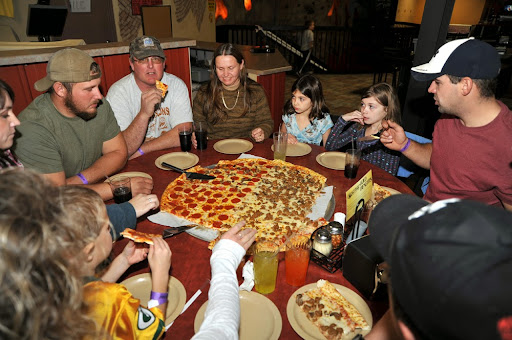 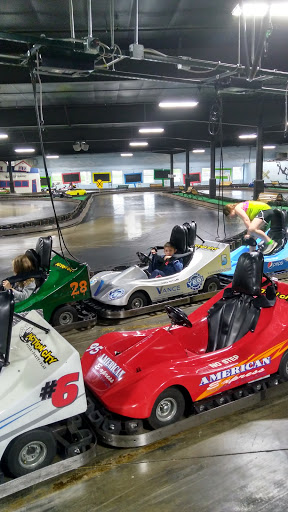 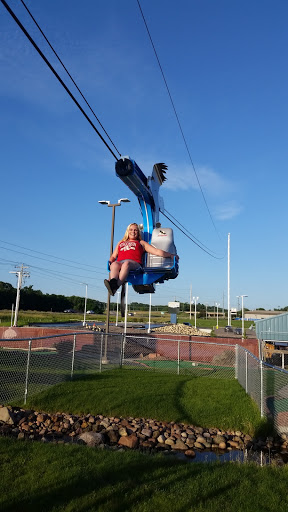 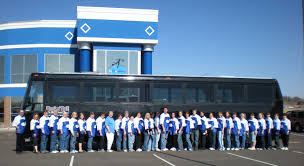 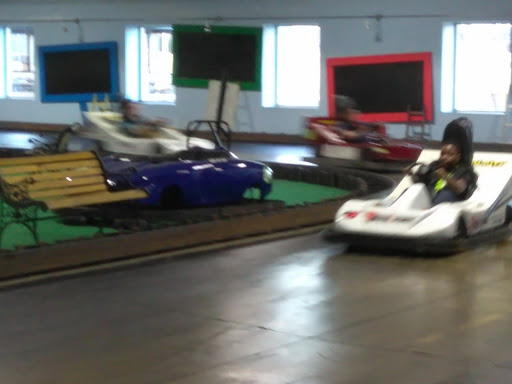 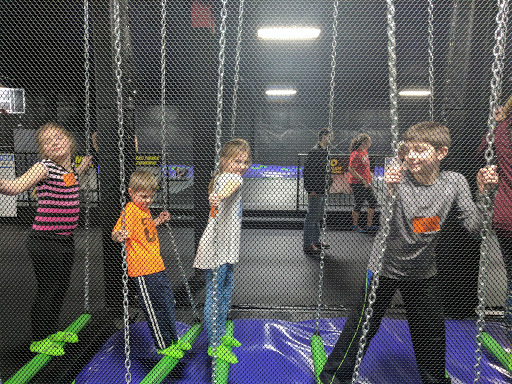 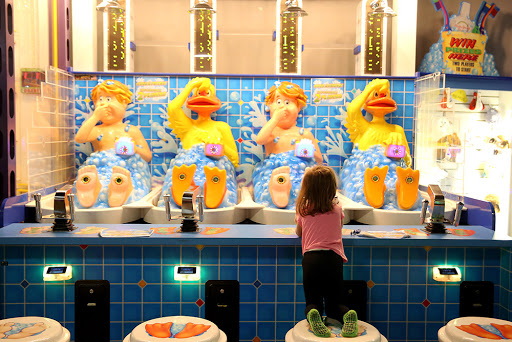 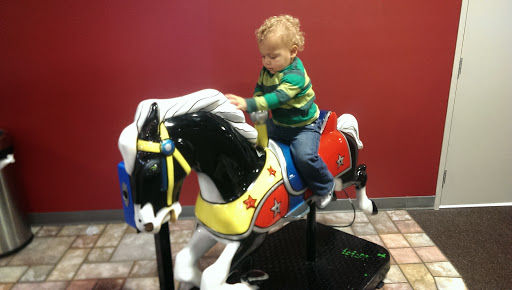