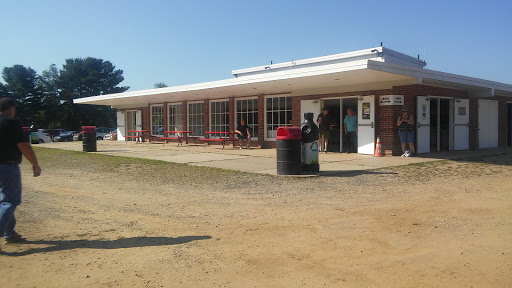 This is so much fun and they have new movies playing so we saw the new Jason Bourne movie which Ive never been a fan of but you know my husband like those kind of movies and I do too I just dont like him, Jason Bourne, not my husband LOL. Then we saw The Purge election day and it was awesome and anyone that says that it was racist towards black people it was not because all of us minorities were working together and when I say minorities I include Caucasian people as myself because I am a minority now also. It was not racist towards white people or black people it was just Purge and its actually very realistic because thats what the worlds coming to. Perfect example Ive been working for a very very long time Im 35 years old graduating with my bachelors degree this winter quarter and disability wont give me disability after my toes and my feet look like this which include a picture of but I dont have any pictures of the theater but it was fun and it has three screens and it was awesome and the food is good but not those are really good just dont go overboard like I did because I got sick when I got home but it was a blast and its only $20 and you see 2 movies. I go ahead and go to the theater and paid 22 or $24 for one movie without the experience of being outside and having fun and being around other people. And and a regular theater its not usually by BYOB have fun

My boyfriend and I were in visiting the area from New York and were very excited to go to our first drive-in movie when we passed the theatre driving through town. It was raining, and we could not get the low-lights of the car we had borrowed to turn off while keeping our windshield wipers on. After people told us the lights were making it hard to see the screen a few minutes into the film, we decided we should leave so as not to ruin the movie for everyone. On our way out, we asked for a refund since the movie had barely started. The owner sent out a nice girl to be his mouthpiece, but refused to talk to us himself. He told her, over a radio, that they make no refunds to people with a CT license plate (there were no signs on the property about refunds, though now I see there is a small note on the website). When we asked to speak to him again, he threateningly said, "They dont want to talk to me". It seems like if you are running a service business, you should treat customers with some level of respect. We were disappointed enough that we couldnt stay to watch the movie, but instead of being accommodated for doing the right thing, we were treated like dirt. Dont support this business model!

SO happy to see this place still in business. As a young woman I used to work here in the mid 70s. I lived on Tuckie Road in Willimantic, and often would hitchhike in to work. I cleaned the litter out of the field, cleaned concession stand and restrooms, worked the ticket booth, and would go down to help on food service during intermission. I even once dressed as Thumper during Disneys Bambi! On occasion would join a friend who did security to watch movies in outer areas where we knew people would sneak in. Of course it in those days it was much safer for a woman to hitch a ride, but when I look back on it, whew, took some chances for sure. Always had a ride home at night though. To this day I still pick up litter when I walk, guess it became ingrained in me. We need more drive ins in this world! Anyway, dont know if Mike still is there, but if he is, tell him Laurie, (aka, Murphy) says hello!

Last of a vanishing breed. The Drive In theater. Where for the price of a single flick at some multiplex, you get TWO movies. You dont need a babysitter cus you can toss your pajama kids in the backseat JUST LIKE YOUR PARENTS DID TO YOU. Are you one of those people who feel like talking back to the screen? " DONT GO IN THE BASEMENT YOU IDIOT" well, here you can feel free to do so without annoying the folks next to you. Hell, go ahead and play with your phone all night smoking weed if you want, nobody cares! Somebody was complaining about concession prices, pfffft, thats how these places make their money. You are gonna pay four bucks for M+Ms at the multiplex too, get over it! Ill buy the clam fritters and the popcorn that you can put your own mop and glow butter substitute on. Support the drive in, before they go extinct.

Good family fun. Enough to look at. Some great and fair vendors. Some way over priced greedy vendors (you will know who they are quickly based on prices and lack of people buying and/or traffic to their booths just move on to another vendor, there are plenty of really good ones). Clean venue, staffed very well, Indoor and out door spaces, shady areas, cold beverages, nice country drive. Make a day and night of Mansfield Drive-in & Flea Market... Go home, clean up, put away your treasures, have a meal and go back for the drive-in movies in the evening. We were never vendors, just people poking around and once in a while buying something.

Great drive in to see two fist run movies for less then seeing one at the multiplexes i was amazed on well kept it looked to the road conditions to the concessions which was reasonabley priced the only bad thing i can say is that the mens bathroom was a little dated but thats minor. I came an hour away from Rhode Island to check this place out and it was well worth the drive and def will come back wish the drive in in Rhode Island looked this well kept they should def look into how well the roads are at your place keep up the good work and the old nostalgia going.

Its a great place to go for a date or to bring the family. The price for 2 movies is fabulous. They have 3 very large screens located on the property that play a few different movies for the night. Its nice that you have the option to bring in your own snacks and things for comfort or you can visit the concession stand that has a good variety of things ranging from popcorn to burgers and pizza. If your in the area or willing to take a drive its definitely worth checking out.

Havent been to a drive-in in I dont know how long. Found it to be a little better than going to the movie theater as you dont hear all the talking going on thats not in the movie but you do see people constantly in & out of their cars. Some right next to you! Aside from that it was like having your own personal theater. I had control of how loud the movie played! And if you want to go get a snack you can at least see what youre missing...

We had a fantastic time! Saw 2 movies for the price of 1 inside movie theater. There is a playground for the children. There is a concession stand. Workers are on hand to make sure trucks and suv park in the back or side rows as to not obstruct the view of smaller cars! Sit in your vehicle or bring lawn chairs to sit outside. I love how they play original intermission commercials! I say everyone should go for a fun night out!! 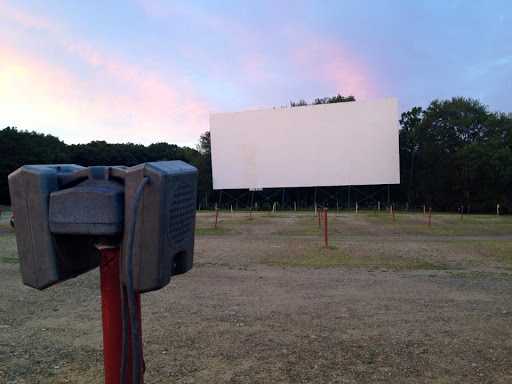 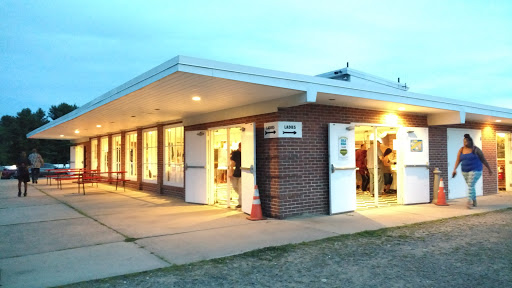 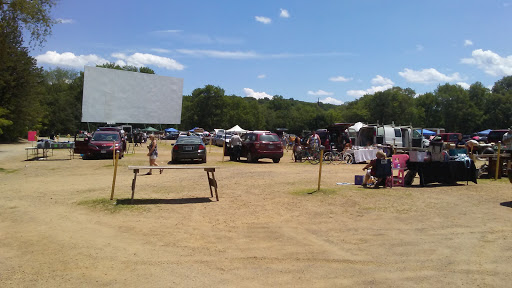 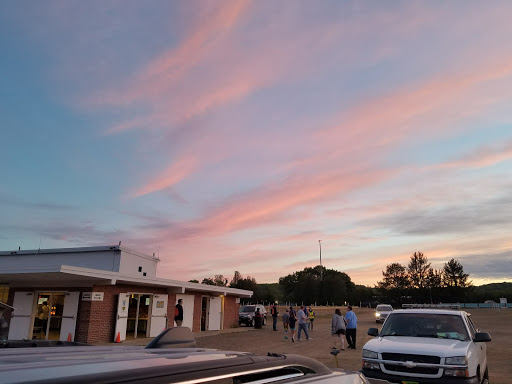 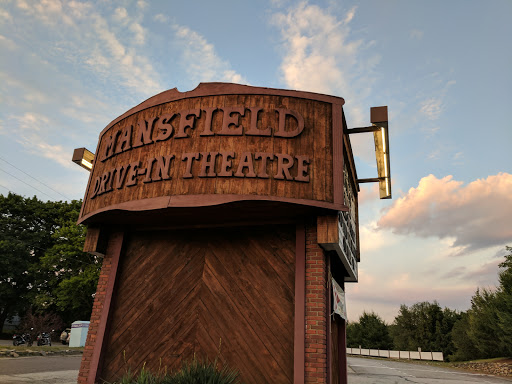 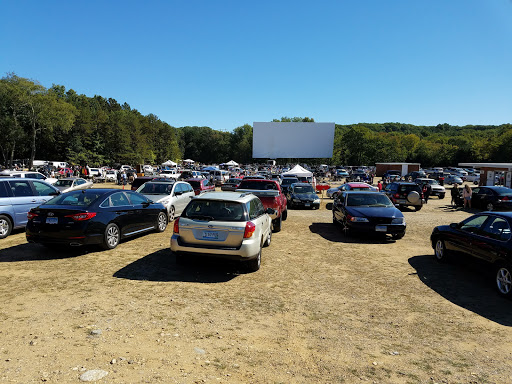 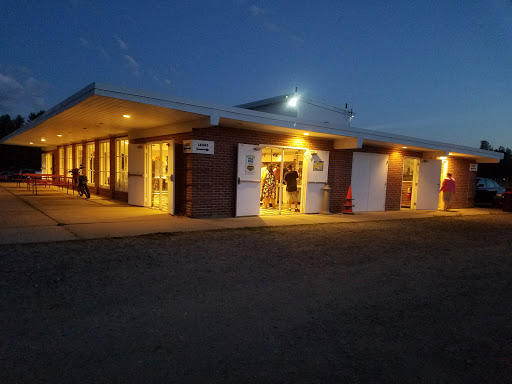 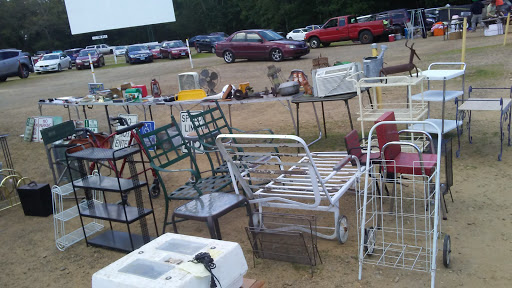 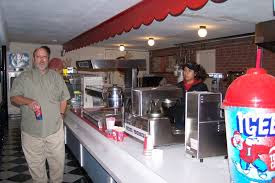 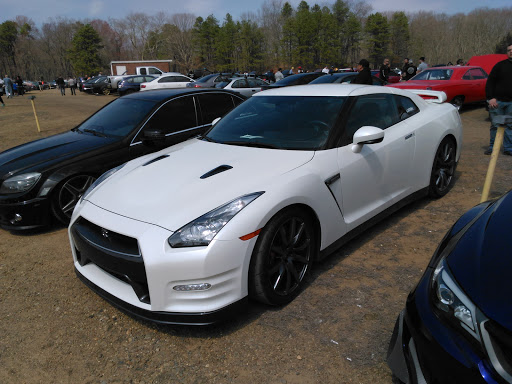 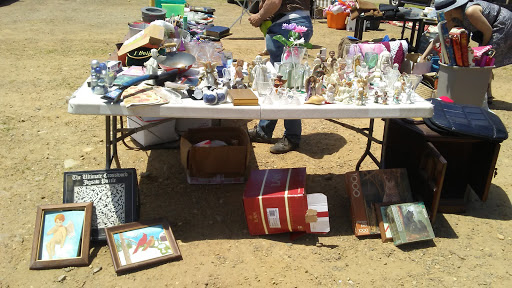 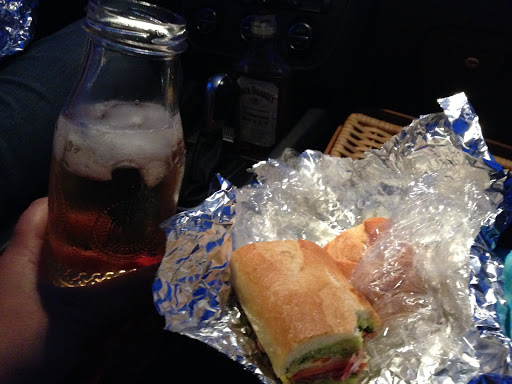 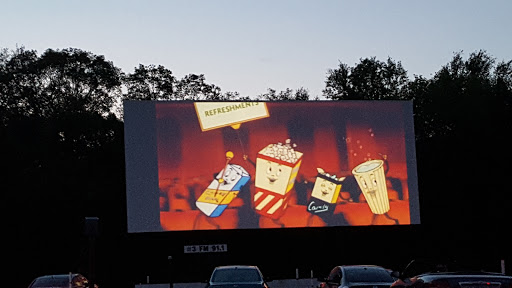