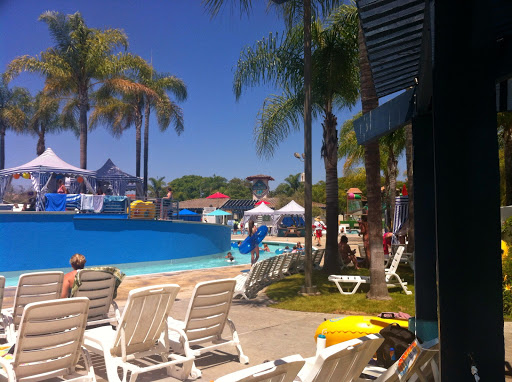 My kids have attended 4 summer camps and they like them. For me as a parent, the summer camps are very affordable and allow the kids to spend some fun time exercising (as opposed to playing video games on the couch). I have been there once for their Duck Race day when they had a $5 entrance special. It was fun, small and I felt that my kids were safe and not wandering off (Since it is small, there is only so many places one can go!). Now, for the bad. Some of the people who go here are not the most "refined" people and kids can be "rough", also, if you leave things unattended they might "disappear". So keep a close eye on your belongings or better yet bring your old stuff so nobody wants to take it. The Snack area also sells their left over food at the end of the day for $1, so that is great for feeding your hungry kids at the end of the day. There is also free parking. Overall, its a great waterpark for locals. Small and very affordable. Also, I recommend signing up for their email newsletter, that is how I heard about the $5 entrance special and got some excellent discounts on summer camps. I also think this is a better park for kids who are good swimmers or a bit older as opposed to very young kids.

The teachers are friendly and do the best they can. The lessons are not effective because the students do not get to swim very much. The classes are too large. There are too many classes held at one time. The students spend any where from 10-20 minutes (in a 25 minute class) sitting on the step waiting their turn. My swimmer learned more in one "mommy and me" class (that happened to have a student to teacher ratio of 3:1) than any of the 3 sessions where she was in the pool without me. The older swimmers (who are closer to swimming on their own) have a longer sessions than the younger swimmers who need more time to practice. Especially if they are going to spend a lot of time waiting their turn. The wave park staff doesnt put a lot of time into making sure that each swimmer is in the correct class which puts strain on the teachers because they have swimmers at multiple levels of ability. I love the wave park for its location and friendly staff. I just wish they could revamp their swim lessons. It could be really awesome.

Horrible time, some guy came yelling about a roll of seats which the seat I sat on had nothing there, the manager came and automatically took their side, I try to explain that this guy is yelling and confrontational in front of everyone. If he spoke to me like a human being we could of got it resolved but apparently he has personal issues against African American s because his whole demeanor showed his ancestors, lol. The staff did not care what I had to say because every time I begun to speak the people would start talking and she turned to them shaking her head and agreed. On the 4th July 2017 "racism at its best" this was my first and last experience at this park. Thanks for the history lesson you guys gave in front of my children and their friends, they will never forget that USA would never truly stop discrimination. Management and staff should have handled that differently.

We had a really great afternoon here with our twins (almost 5 years old). Especially because they were allowed to do almost everything (except The Wave itself) which is not the standard in the US. Almost every other place they hardly can get allowed to do anything because they either are to small or to young. Here the life vests are included in admission, which is really good value at $17 for adults and $13 for kids. The staff was very friendly and helpful. The lifeguards were a tad annoying with their exaggerated walking forth and back and swaying their heads in a weird way that didnt seem to serve any purpose, but thats about it. Highly recommendable place for families with kids that cant or wont do high thrilling rides like most of the big water parks have them.

First visit here with my daughter and two grandsons. The kids loved it! However, I have a few observations: First, the website stated absolutely no chairs, outside food or drinks or Brazilian bikinis. We saw all of that. I would have loved to have been able to bring snacks and drinks for the kids--as I saw many mothers do. Will bring in whatever I want to next time. Saw a girl in a skimpy butt-revealing bikini--she was there all day and sitting in front of us. No one said anything to her. Saw people bringing in backpack chairs. Would have liked to have done that, too. They need more shade. We shared a palapa with a few others--good thing we got there early or we would have been out of luck. Enjoyed the experience overall!

More than a pool, but less than an actual water park. Its a nice place, with chairs to sit in and a few water features. 4 waterslides and a "lazy river" in addition to the pool. Its a good place to go for a few hours, but hard to make a day of it. They do have food/drinks there, so that helps. The price can be expensive relative to other fully equipped water parks, so look for deals to keep it reasonable for a half-day visit.

The wave is awesome, there are only two problems, 1: on the staircases to go to the slides, people easily slip and get scabs from the rough material used in the staircases, 2: even though the place is extremely fun, it looks like they havent changed how it look for at least 6 Years, Im still giving it a 5 star because I think that the amount of fun you can have fun you can have there overpowers how bad you can get hurt

The summer camp lost my 7 year old boy and NEVER reported him missing! My son was having a bad day due to bullying and walked home (separate issue we took care of) before lunch time at camp and NO ONE NOTICED HIM MISSING AND NEVER CALLED US. Once my son was home safe and sound it took the wave water park 3 days to get back to me. DO NOT SEND YOUR KIDS HERE for camp!!

Its fun for what it is, meaning its a mini version of a major water park. I give it 4 stars because the "food" at the snack bar was almost inedible. The cheese on the nachos is a bad rendition of the bad processed cheese that should be on nachos. The pretzels were below like warm and the funnel cake cant be described. Other than than, its a cool place. Enjoy.

I like that this waterpark is fun, but doesnt feel overwhelming. Its pretty small, which is a good thing when youre taking kids there. I never feel as though they are going to wander too far-- get lost-- or hurt. Great variety of water slides, lazy river and a pool. Worth checking out.

Not too many things to do with kids less then 42, my little one was devastated that she couldnt go a slide. Other wise was fine, lots of sitting spots, chose of 4 slides, lazy river. We visited in the middle of the week and it wasnt too crowded. 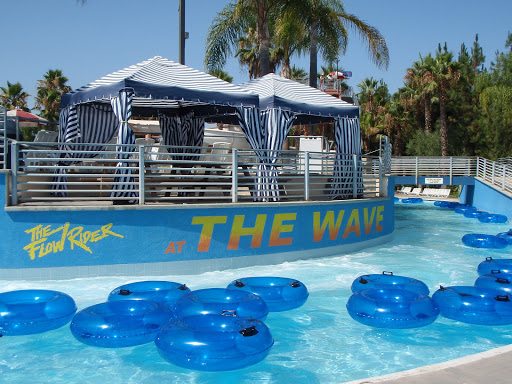 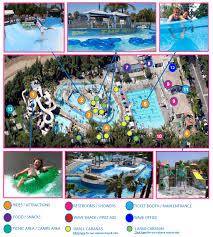 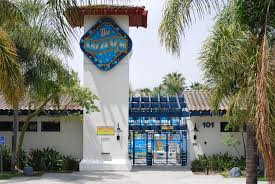 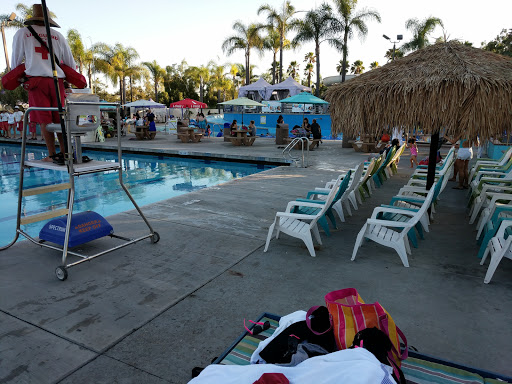 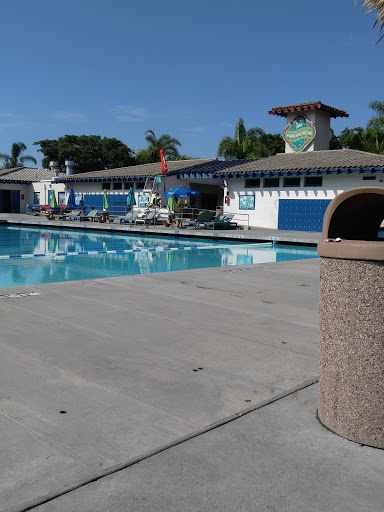 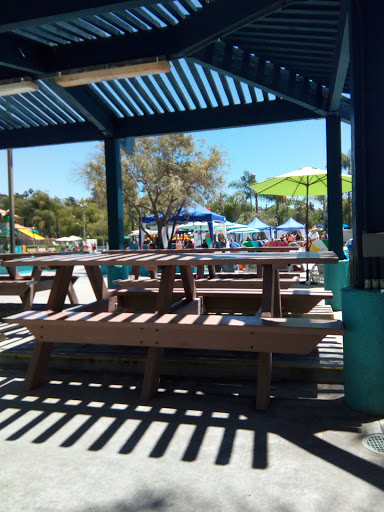 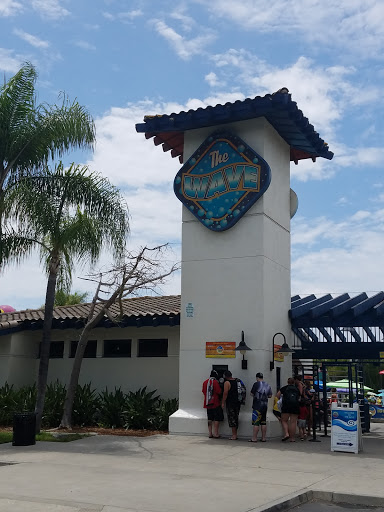 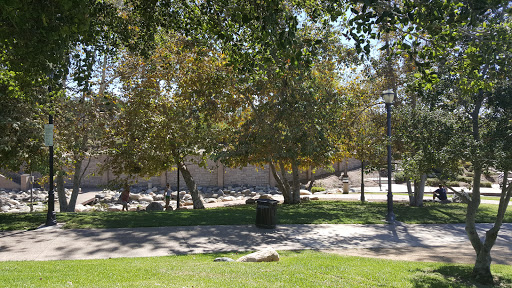 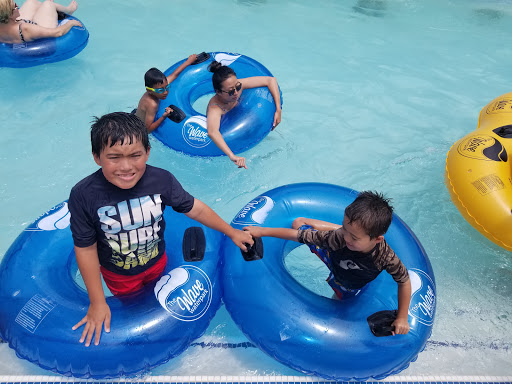 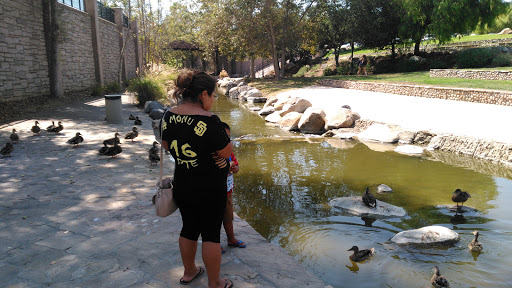 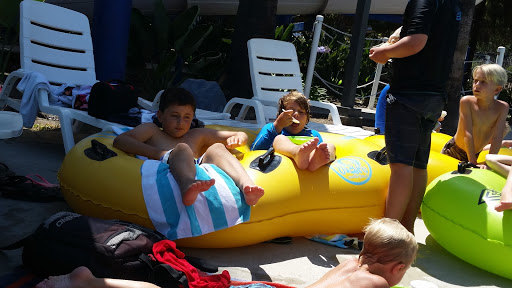 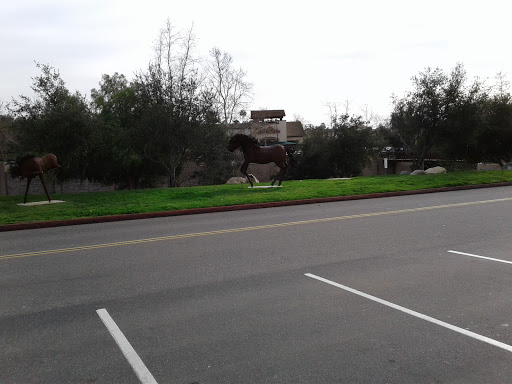 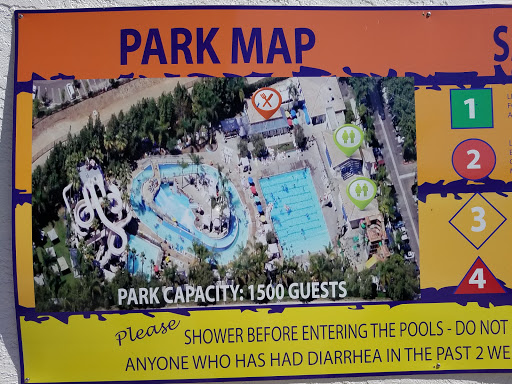 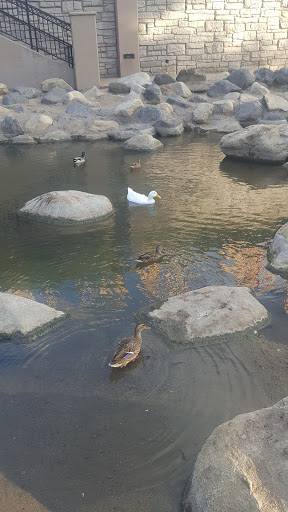 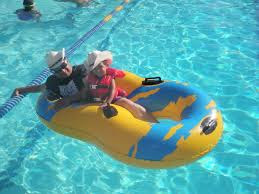 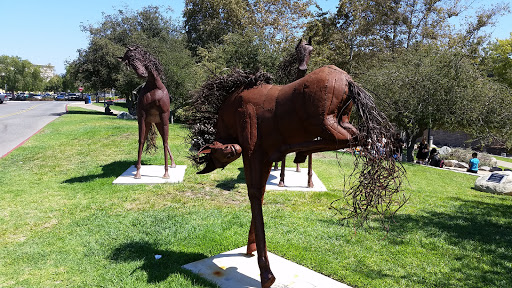 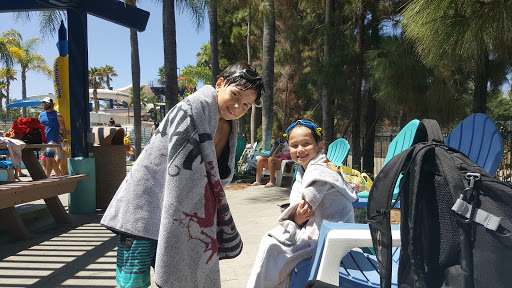 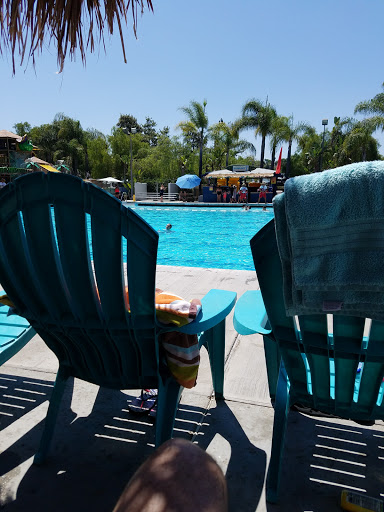