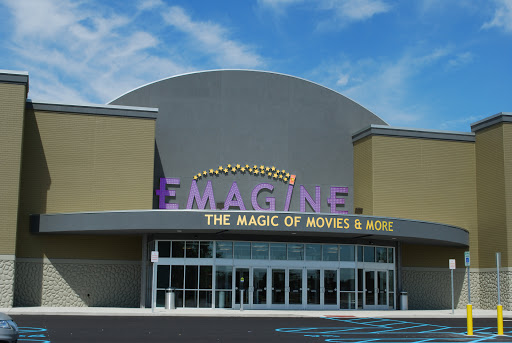 Went to see 2 movies - Logan and Beauty and the Beast. The first movie was okay, nothing great. The bathrooms were absolutely filthy and they were out of paper towels. We left for food and returned for our second movie. The other bathroom (as we were now located on the opposite side) was even more disgusting. As I came out of the stall, there were two workers standing there giggling foolishly and playing around on their phones. I tried to tell them that one of their sinks was broken and they just ignored me and kept screwing off on their phones. After this, I went on to enjoy my second movie. The theater was so horribly loud that my boyfriend requested ear plugs, to which they told him they had none and would have someone inspect to see if the theater needed to be adjusted. It was never adjusted. It was so horribly loud my boyfriend and I found ourselves covering our ears through most of it until the fire alarm went off. Now that can be no fault of the company, but what they did following is entirely the fault of Emagine - Not only did we get pushed out the fire door, but upon circling the building to see if we needed to get our money back or what, there is an attendant screaming into the parking lot that it was a false alarm. Fine. We go back to our seats and missed a very important part. I waited for about ten minutes before getting a horrible migraine from the flashing lights that they still hadnt turned off. It wouldnt have been so bad, but flashing lights in a dark theater where I needed my hands to cover my ears... How am I supposed to protect my eyes and my ears? Now see... As a good business, if you guys would have gone around and at least informed the people what was going on and rewound the films 5 minutes or so to make up for the loss to the plot, but instead we spent the next 20 minutes waiting for the lights to be turned off. Finally we just left. If it takes the fire department to deactivate the sound/lights associated with the alarm, thats understandable... But I doubt it takes the fire department 20 minutes (in fact, it probably only takes 5 minutes) to get to the Woodhaven Emagine. The fire trucks still werent there when we left. This experience has absolutely destroyed this theater for me. Ill travel to Taylor or Southgate next time. This whole situation should have been handled far better.

Unless your idea of a great time is paying about $20 for tickets and another $20 for popcorn and drinks just to be surrounded by huge gangs of ghetto teenagers, DO NOT come to the Emagine on a weekend night! My husband and I just came home from a showing of “The Last Exorcism” on a Saturday night. First of all, the movie was incredibly stupid. Secondly, the theater was FILLED with gangs of loud, obnoxious, foulmouthed, screaming teenagers. They talk ALL through the movie, constantly fiddle with their cell phones (so the lights are on), they record with their cells phones, they talk and text and walkie-talkie, they get up and change seats CONSTANTLY, they talk LOUDLY to each other, they leave the theater and then come back in constantly in groups of 5 or more, they are obnoxious and rude in a mob mentality. I have no idea why this nice area in Novi gets overrun by obnoxious teenagers with no class and no respect, but it’s a fact. Novi parents, do NOT let your tween and teens go see movies here on weekend evenings unless you go WITH them and sit IN the theater with them. It’s a scary place, and I wouldn’t want my teenager in a position to be intimidated, robbed, or beaten up. The staff did their VERY best to try to control the group of obnoxious teenagers. There were no fewer than 3 ushers in the theater at all times, and the manager was in there about half the time. But when there are 40 ill-mannered jerks... what can a few employees do? If it werent for the unsavory element, this would be a wonderful theater, and if you go to an early matinee... it is fine. Clean, comfortable, yummy and fresh popcorn, nice bathrooms, very friendly and helpful staff... But tonight was my last attempt at a weekend evening at the Emagine. Its just not worth the hassle. A nice Sunday matinee to see a Pixar film? Sure. We do that all the time. A family movie on a Tuesday night? No problem. ANYTHING on a weekend night? NO WAY. Stay home and rent, or go to another theater. Stay away from the Emagine. It’s been overrun by the ghetto.

On July 29th we went to theater #8 to see atomic blond. The theater is under reconstruction so the mess is excusable. The staff and Audio issues are not. When the previews started the sound was loud, louder than some concerts Ive been to. I like loud music, I have a very loud surround sound system at home. This was deafening. I complained to the staff and was told its just the previews. Being as me and my wife were the only two in the theater, I didnt think it would be a problem to turn down the center speaker a little. I was wrong. They cranked it up higher. How high? To the point where, if the movie was in stereo, I wouldnt know. All we heard is the center speaker... just blasting. My wife and I were screaming, in each others faces, throughout the film, and never heard what each other said. I like loud music and movies. But my God, if they didnt want us there, they could have said CLOSED for reconstruction. Not be such jerks about it. The entire experience was completely ruined. My favorite theater is one I will NEVER return to. The seats were nice. But, nothing excuses that kind of treatment. Nothing. Ever. We will be selling our gold AMC passes or will trade for MJR. AMC obviously doesnt care about there customers AT ALL. IM DONE.

By far my favorite theater. There are 3 theaters within a 10 mile radius and Emagine is my first pick every time. The theaters are clean, Ive never experienced an issue with their bathrooms other than the trashcan could be bigger and they should lose the cover so i dont have to touch the lid to put paper towel in. Love the assigned seating option. I know before i walk in that i have a seat arrangement that works for my family. Employees are always upbeat and helpful. Had issue with movie being out of focus, went to concierge and he jumped up and went to check and correct the problem. The bar makes a jaw numbing Long Island Ice tea - it is amazing. My con - The theater doesnt show the limited release, art house, foreign films that are shown at other Emagines. Im also disappointed that our Woodhaven theater has supposedly been sold to AMC.

This is no longer an Emagine Theater. It is now an AMC theatre and there were only 4 movies playing here this week. Two of them were being shown in 3D. I have yet to attend this AMC theatre. The following review was from when this location was an Emagine theatre. This place to watch new releases and I love their popcorn. The refills and icee machines are a great reason to choose Emagine over other local theatres. During peak times you pick your seat out at time of purchase and I think thats convenient. I would have given 5 stars but I was disappointed to find out Emagine owner Paul Glantz brags about his Pure Michigan business on screen but does not pay his employees Holiday pay. Also, some of the seats are beginning to show signs of wear and tear. There was an issue with the ladies bathroom that I reported and it was taken care of immediately. 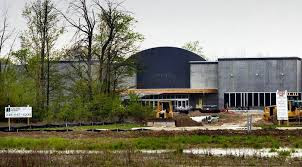 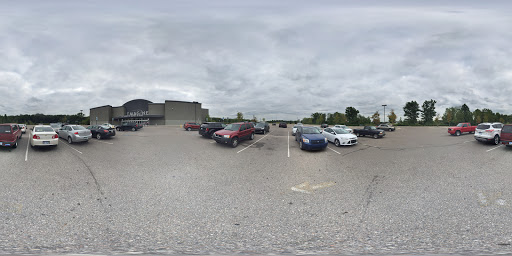 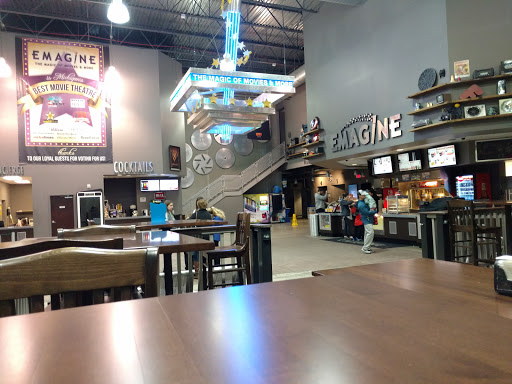 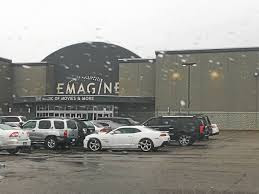 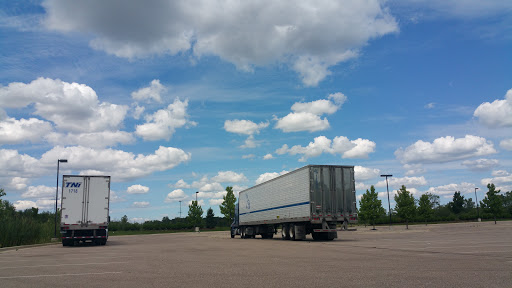 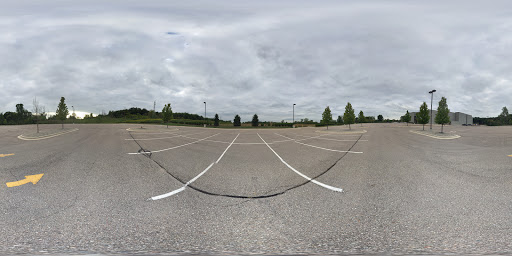 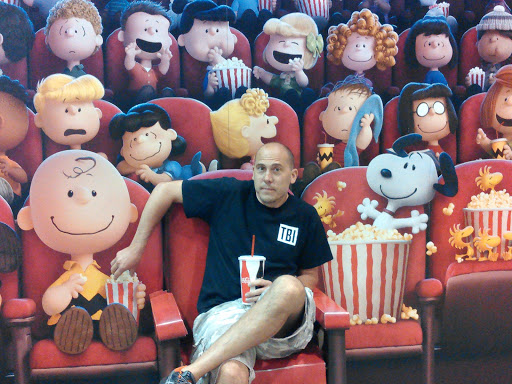 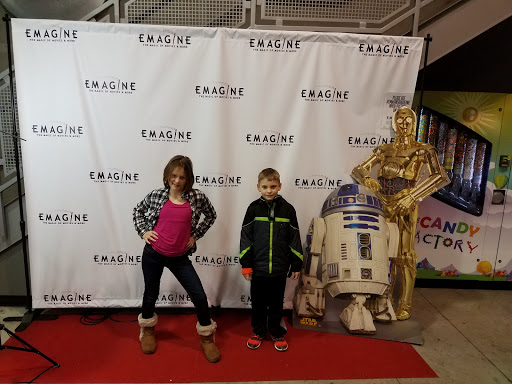 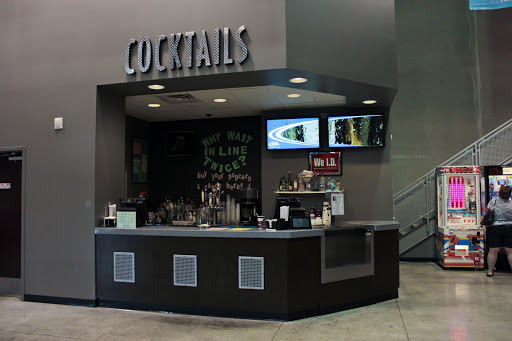 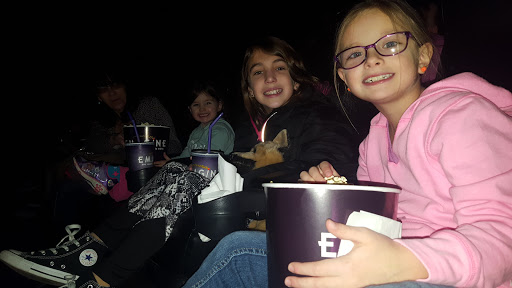 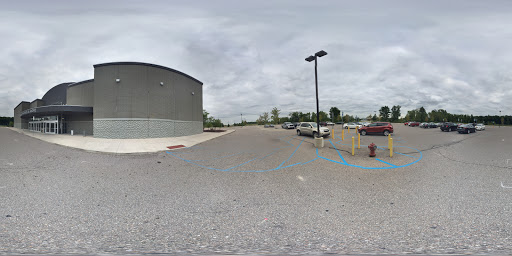 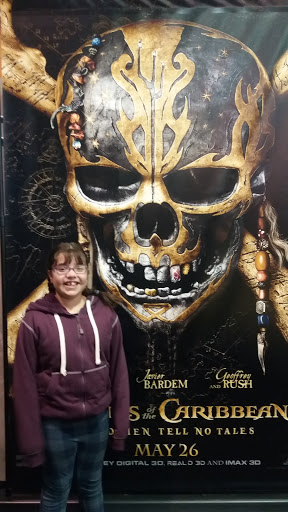 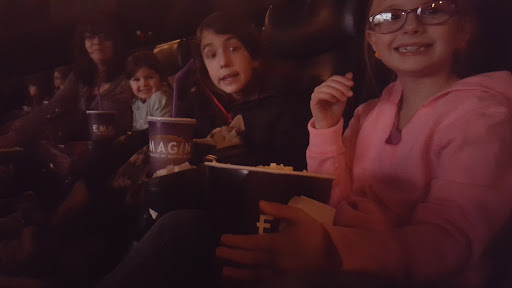