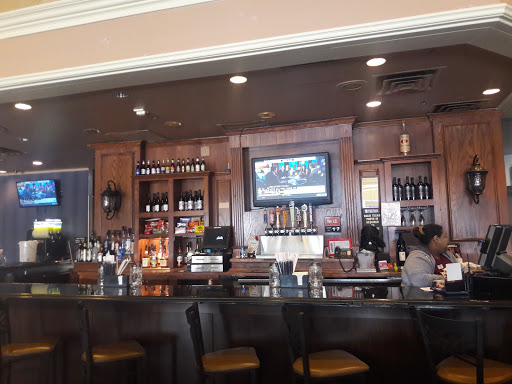 Since this theater is so close to the house, it is usually our first choice. I hate to say it, but we enjoyed it more before the remodel than we have since. The latest experience. 7/13/2016 we took the family to see The Secret Life of Pets. Walking in we noticed a sign where wine was on special for $16 a bottle and if you dont drink it, you can take it with you. Didnt see any exclusions and we usually order the house Pinot Grigo at the same cost per glass. Once we sat down, two of the four seats were already broken. Once seat would not recline at all, while the other would recline on one side only, which was an odd way to have to sit. No problem, I took the bad seat and it was not going to ruin a family night of movies and dinner we do once a month since it usually costs us ~$100 for a family of 4 light eaters and two glasses of wine - one for my wife and one for me. The movie start time was 6:15 and we came in just before 6 to make sure we had our food and drink prior to the start of the movie, at least it has always worked that way in the past. We turned on our light and watched the wait staff pass us up time after time for someone else who came in after us. No big deal, we are in no hurry. Right around 15 minutes later, our waiter takes our order. We ordered sliders, quesadilla, the $11 chip platter two sodas and a bottle of wine on the special. Just past the previews, the sodas and a water show up and 15 minutes after ordering the wine, our waiter shows back up and states the Pinot Grigio is not on the special, so we ordered the Chardonnay. A quarter of the way into the movie, the food shows up and it was not to the caliber in the past, in fact it now equals the food at No Frills Grill down the road for a small fraction of the price. OK, it was edible and still no complaints. Literally half way into the movie the wine shows up. It was a screw on lid type and since so late into the movie, I asked for the lid to the wine so we could take it with us per the sign as it is not legal to have an open container. The waiter said he would check. Never saw him again until literally the END of the credits when he brought our credit card back to us and about 10 other people in the theater. Needless to say, we left half a bottle of wine. This experience can be echoed from a month earlier, except at that time it took half the movie to just get a glass of water delivered. Hopefully, this is not going to be the benchmark they make for this theater as we love the location and have traditionally enjoyed this theater for years as at least $1000 a year customer. We are starting to mix and compare with Studio Movie Grill in the Highlands as we can reserve seats for first run movies and the seating is a little more intimate and comfortable. Movie Tavern Arlington has gone from a solid 4 stars in our book to 2 and a half based upon each of the little things that add up to the overall experience.

EDIT 9/6 I am officially done with ordering food here. My experience from the other day made me realize how much this Movie Tavern has really gone down hill food wise. Yes, they did recently renovate the place and their movie ticket prices arent bad at all but the FOOD is why I use to love coming to the tavern so much. I ordered a chicken parm sandwich the other day and it was completely unedible, as the chicken patty was dry and too tough to chew. I ordered a bacon paradise burger in its stead and it was so incredibly greasy (and so very flavorless) that I got it all over my hands and jacket, with hardly any napkins to clean myself up with.(Lousy, slow, unattentive waiter, btw) Also whats with these pathetic "skinny fries"? Its like eating salty toothpicks, ffs. The food is SO overpriced for the crud you have to offer now... also, your bad Game Day Platter stills haunts me. Get it together, please! Old review: My mother and I use to love coming here to enjoy movies and eat great food but the service has really gone down hill recently. My biggest complaint is that the new menu is horrible; you guys really screwed up the Game Day Platter, which was one of the best things on the menu! Only 3 sliders instead of 4 now, all of which where DRY and only came with boring burger sides (lettuce, tomatoes) and NO cheese. Got rid of boneless wings and the only ones left have this strange sweet taste now. Definitely would suggest eating something else before coming here. At least ticket prices still arent a bad price and they got new seating. Bet that theater on the end is still humid and sticky though. Just so disappointed in my old, favorite movie place.

This theatre has 30.06 and 30.07 signs now ( no concealed or open carry of a firearm for self protection). I spoke to a manager and was told it came from corporate. I asked if they had armed protection there to insure the safety of the patrons if there was a firearm incident. I was told they didnt have inside but there was strip center security. I went and checked the parking and found a unarmed person in a golf cart type vehicle sitting in a corner looking at his cell phone. That is not security AND would not be of ANY help in a emergency. This theatre has decided to take your right of self defense from you and leave you at the mercy of a person that wants to do harm to others if they so desire. Anti-gun advocates would applaud the signs while others, such as I, see this as a serious lapse in judgement as they dont want to make customers feel uncomfortable if they happen to see someone open carry a firearm (something which I have never seen ever since the open carry law was passed). Folks, the licensed firearm carriers are not the ones you should be afraid of. Its the twisted people with a gun that realizes the theatre is a gun free zone and they will have absolutely no resistance from a unarmed group of patrons. That is the time you will wish there was a armed citizen in attendance that could stop the loss of lives. As a licensed bodyguard, I would urge you to use caution when attending this theatre as it cant protect you in a emergency. Very disappointing.

I will never go back! We took my daughter out to dinner and a movie. After walking through a cloud of smoke from the employees and friends at the front door. On the way to the theater, the kitchen staff was throwing food, laughing and shouting obesities at each other. Not the environment I wanted my young daughter to be around. The theater was very dirty with trash on the floor and we had to change seats twice for food in the seats. The theater smelt very damp and musky. Reluctantly we ordered food as my daughter was looking forward to dinner and a movie before school started again. After our food came out, the fish and chips came out with one small piece of fish that had been cooked so long it was hard enough to bang on the table. We tried for about ten minutes to page the waiter before we were able to wave someone down in the hall. We were then told that was the way the fish and chips come. I found this hard to believe but he did ask if we wanted to have the kitchen remake it. We chose to try something else which finally arrived about 20 minutes into the movie. After the movie we asked an employee in the hall to speak to a manager but were told that there was not one available. Finding this hard to believe we asked another employee closer to the front and were told the same thing again. This was by far the worse movie going experience we have ever had and will not be going back to Movie Tavern. 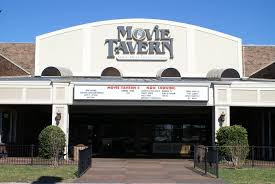 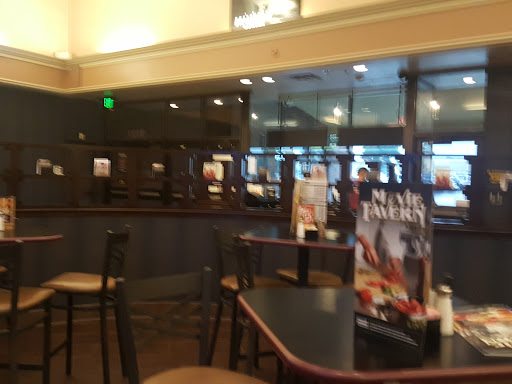 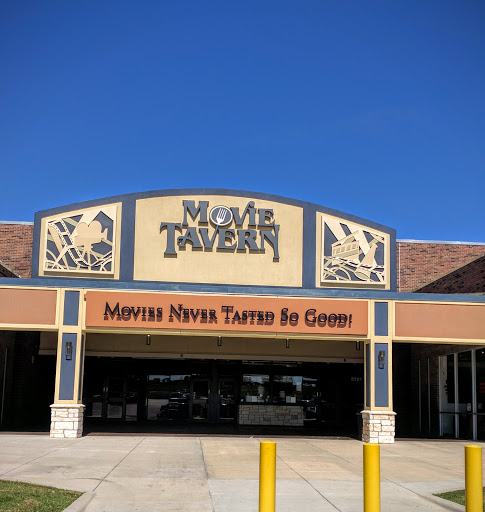 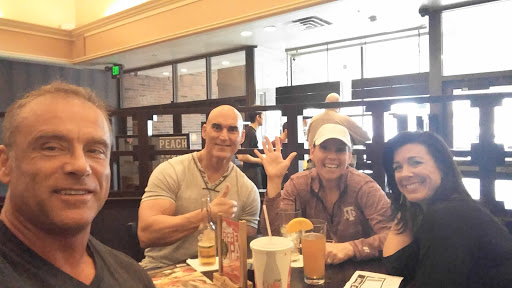 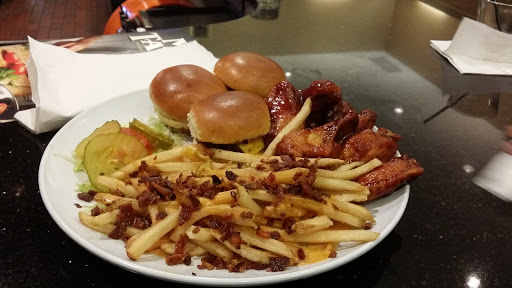 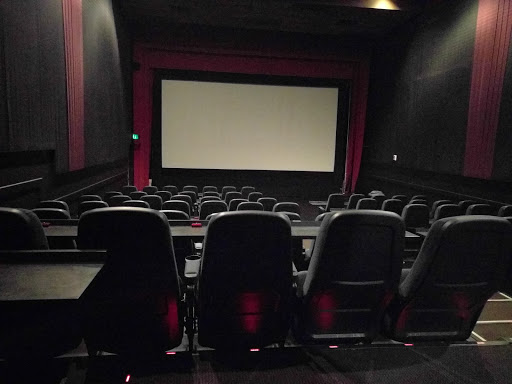 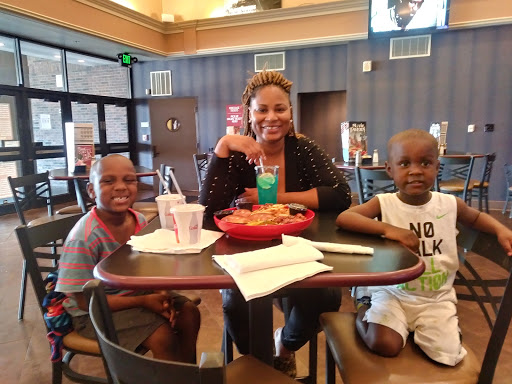 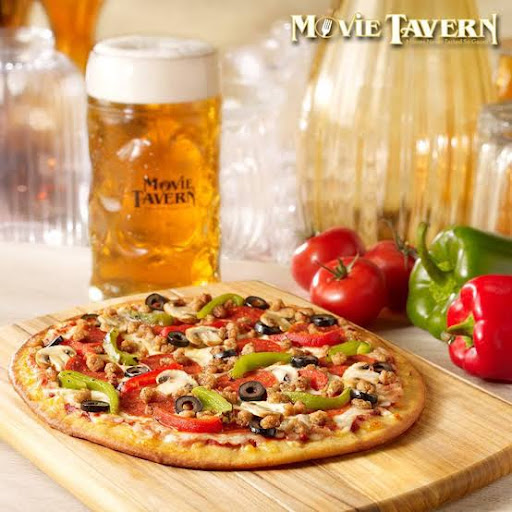 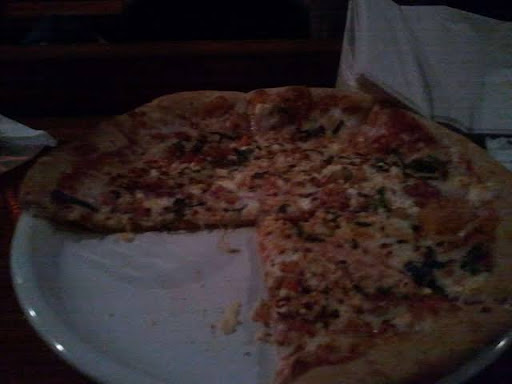 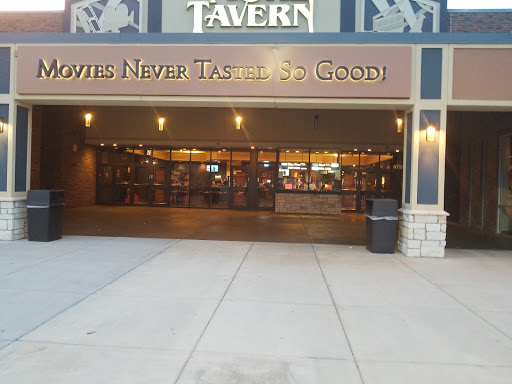 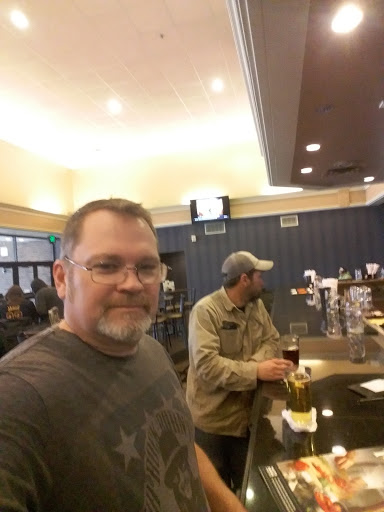 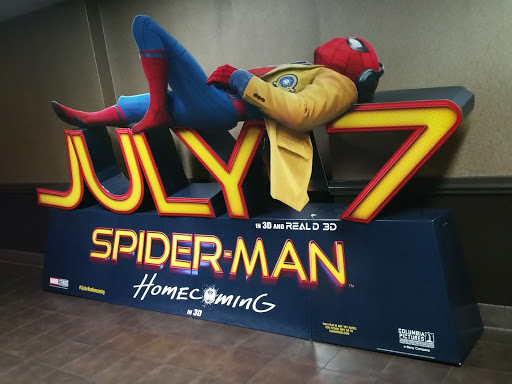 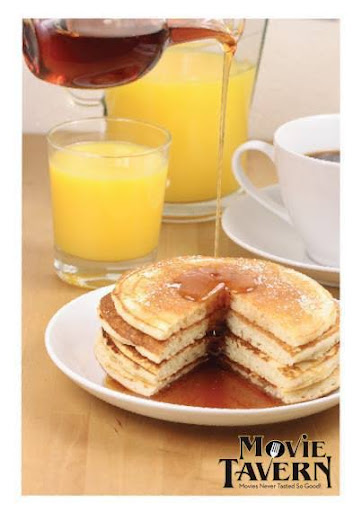 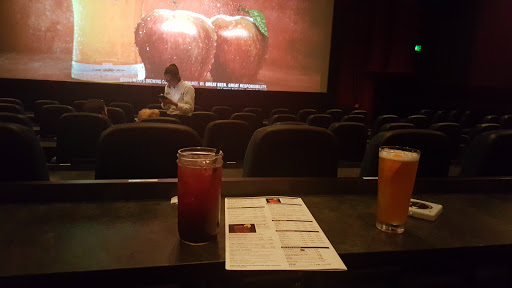 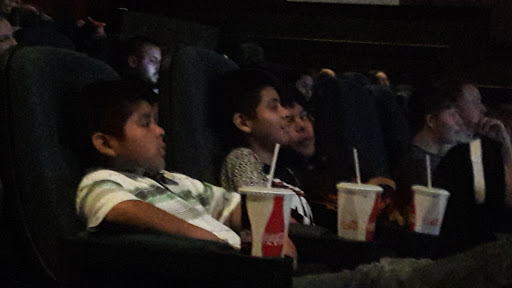 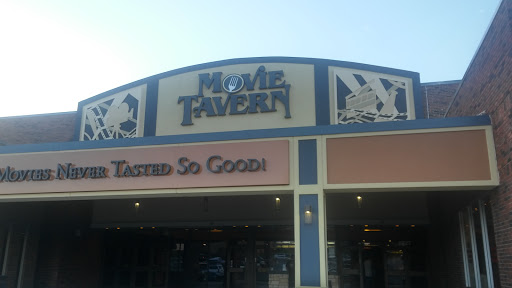 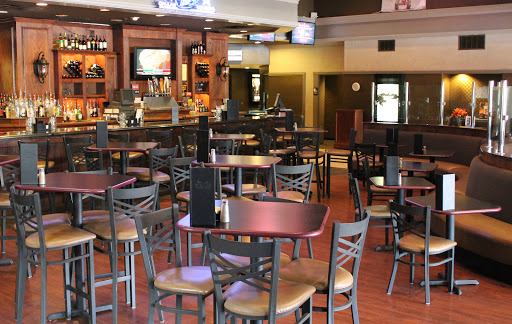 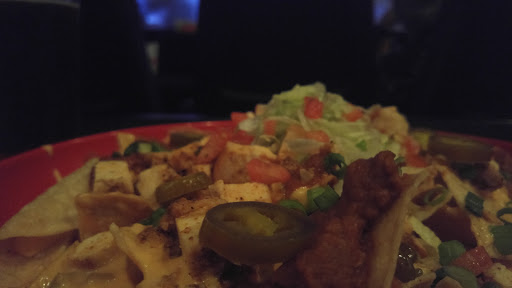