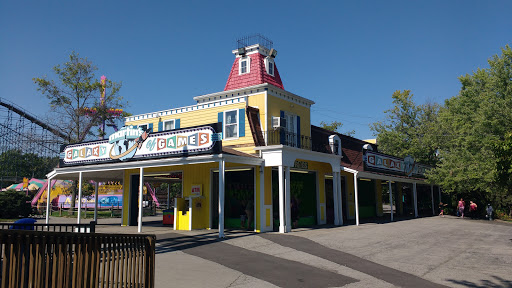 I have been going to fantasy island every year for 40 years, first with my parents, then my kids, now my grandchildren. Sadly, this years trip will most likely be the last. Apparently it was sold last year to some company in California. They must have the stupid idea that they can triple the profits from the park.... by cutting staff, jacking up prices, and lowering services! Closing bathrooms in the kiddie side of the park is insanity- anyone with children knows that when they tell you they need to go, it means now. The only bathrooms were way over on the far side of the park. They cut the services, but jacked up the prices!! $31.99 for an adult is a ripoff! Thats a $7 hike in one year! If the price went up, but the park remained the same, all rides, washrooms running, we would not mind as much, but there was no value for the price hike. More than half the rides were unmanned or closed, trying to cut down on staff I suspect. The giant slide was closed, because it takes 2 employees to run it. The jerk at the front gate, who did everything but a cavity search, had his hands all over the ice and food in our cooler. In past years they have just opened and looked to be sure you arent bringing in alcohol. We dont feed our kids fries and pizza...they eat real food, the kind you cant buy at the park, so that has always been a big reason why we go here, but they made it quite clear that the park is not going to allow that anymore. The price of beer also doubled, as did ice cream and water! $2.50 for a bottle of water! I can get a case for that price in Canada! To the new owners---you will soon see that you did not buy Disneyland. You cant take away the things that have been a draw for families for so many years, and expect people to continue to come. Attendance was way down on the day we were there, and the weather was beautiful! Hopefully youll come to your senses when profits drop like kids on the beanstalk ride.... oh ya, that wasnt open either....

I was very upset I was on the rock in roll with my 4 year old neice and the set belt brakes I tried screaming to let them know but they had the music yo so loud they couldnt here me so I am holding her with ever bit of strength in me my arms were red with marks from the bars, she was scared as was i... When the ride stops I tell them what just happened they say I will tell my manger walk out that way and pointed for me to leave, I was so mad but tried to keep a smile for my sister, and friend of ours and 2 kids, I keep saying thank you Jesus keeping us safe, the more and more I thought about it the more I felt some type of way , I slept on it woke up still thinking about it I was like it could have ended up with her in the hospital or even worse I could have been planning a funeral, so I called the next morning to be told they never heard about this at all and it was not taken care of the right way, I was told I would receive tickets to come back and enjoy a day of fun on them for what had happen ( I wasnt looking for that but I said okay thank you) gave all my information to get the tickets mailed I was informed I would get the with in 7 days, well here is day 16 and still nothing at all, at this point I wouldnt recommend fanitsy island to any one at all the rides are unsafe, and staff does not know what to do in situations like this , then you have the GM say this wasnt the way it should have been taken care of we will have the rides manger call back then was lied to, oh and i will also say as my sister and my friend was going on the crazy mouse something happens were he passed out a abundance was called and then after like 4-5 more rides before,they closed,it and maintenence was called this was around 4 wish the park closed at 8 the were closing all the rides about 10 to 15 minutes early for a staff meeting ..... In my book as of right atm I am very upset the way everything has happen "

Here is the good: ~My kids had a blast ~There was enough for them to ride for most of the day (we stayed for 7 hrs) ~One of the employees (Aisha on the Ferris wheel) went above and beyond when my son with special needs had a meltdown about the ride and helped us brainstorm some solutions ~They loved the western show ~We had amazing service in the general store ~The train from the KOA worked great ~They were quick to respond to Facebook messages ~They were accommodating for my son with special needs (letting us bring in his special food, and water bottle. ~ My kids asked to come back next year. Here is the bad: ~The check in process was rough. We bought our tickets online but still had to swap them for bracelets (so it didnt really save us any time). They only had 1 person working the gate and they were checking in a MASSIVE group. I eventually line jumped and tried scanning my bracelet myself and we got in through the turnstile. If i didnt do that I think we would have been there for 25-35 min waiting to enter the gate. ~there were 3 rides down ~ a lot of food booths were closed (I REALLY wanted sugar waffles). ~service at Fat Phils was horrible and not so clean. They just had no process to get people their food. I kept getting handed chicken fingers when there were clearly 3 people ahead of me waiting for their orders. I was honest and handed them to those people, which then cost me 20 minutes waiting to get my order. Then the girl kept taking money with the same gloves she was serving food with, and I watched one of the men working push garbage down and NOT change his gloves. Our Nachos were stale, the french fries tasted awful like the oil hadnt been changed. The onion rings and chicken fingers were good.

My husband and I visited the park with our boys aged 7 and 3 years on a Wednesday. We got the discounted rate of $55.00 for four as a Canadian family and I would have to say that is the best $55.00 I have ever spent. The park is not too crowded and well maintained. We started with the kiddie rides and then moved on to the others. We did not have to wait for more than 5 minutes for any ride other than the log flume. The kids went on most rides atleast 2-3 times. Their favorite rides were crazy mouse, devils hole, silver comet, tilt-a-whirl and I absolutely loved the Mind Warp. We did carry along a few sandwiches, but the finger licking chicken and fries at Martys at a reasonable price of $10.00 was a steal. We were having so much fun with all the rides that we spent just the last 2 hours in the water park which was just as much fun. My 3 year went down the kiddie slide atleast 15 times and my 7 year old went down the bigger black/white slide atleast 6-7 times. All in all it was an absolute fun day and we plan to make this an annual trip for the years to come till the kids are too old to go on any of the slides. Great day at a great price. Like their tag line says, "Spend a day not a fortune". I totally agree especially when comparing to Canadian parks like Marineland /Wonderland. We will be back for sure with friends and family. 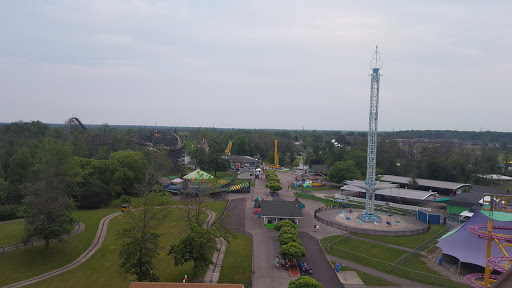 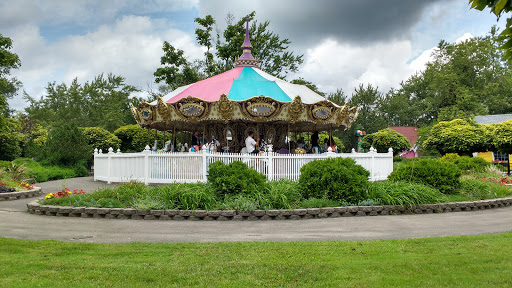 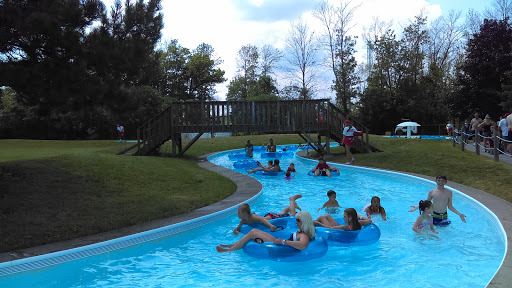 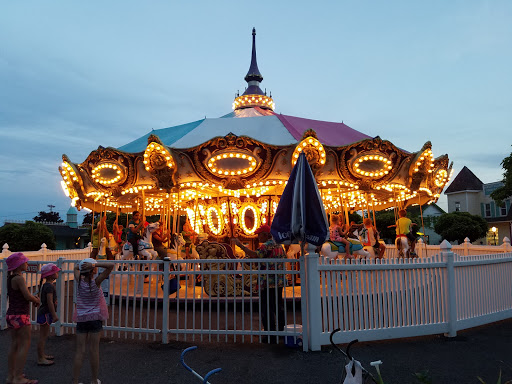 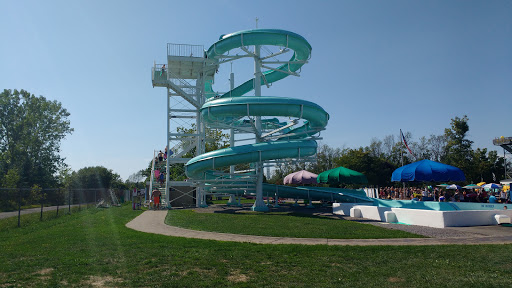 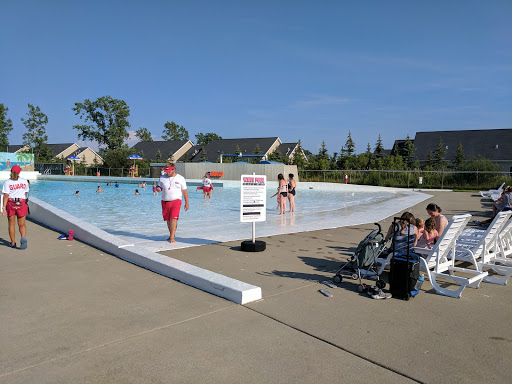 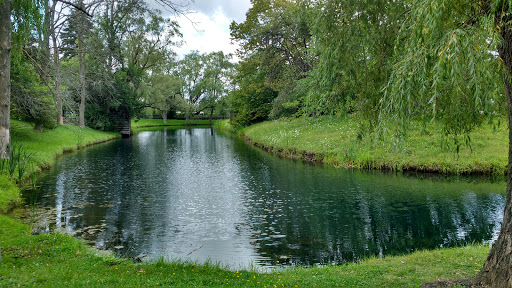 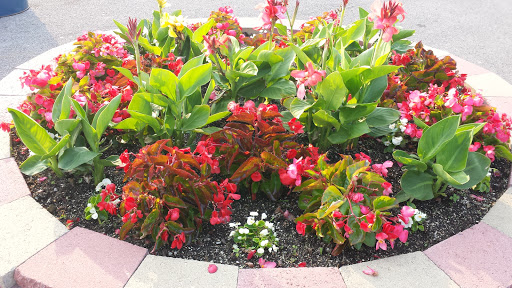 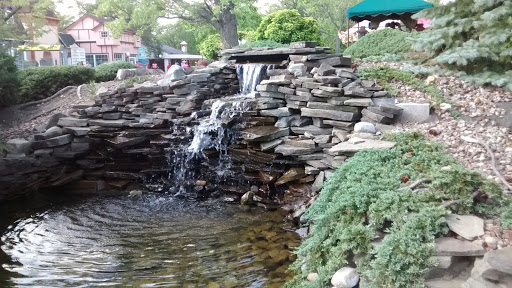 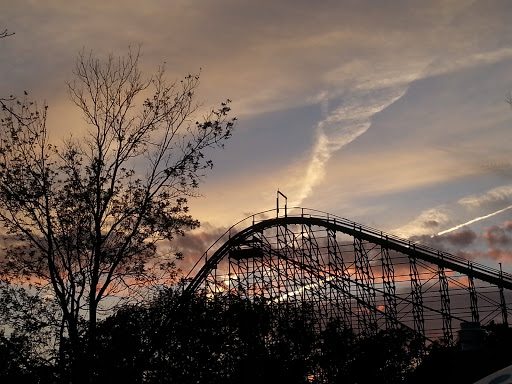 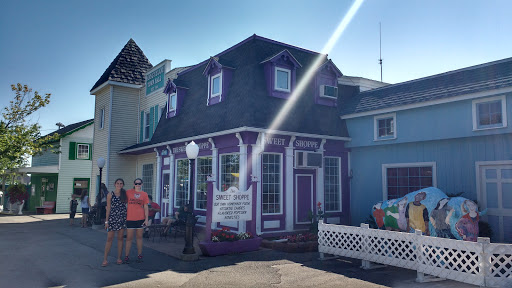 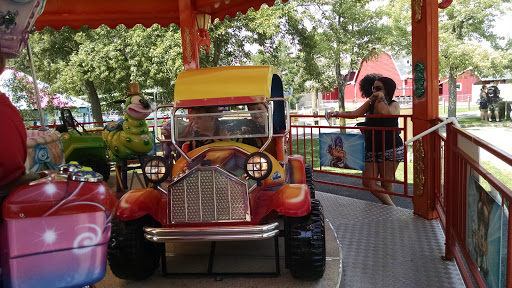 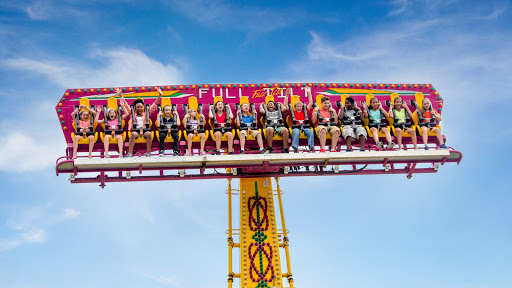