My wife and I went to the Keith Urban concert last night who put on an amazing show, he is a fantastic artists and was great about engaging the crowd. We honestly had a blast during the concert. My complaints come before and and after the concert. We didnt realize that you couldnt bring camp chairs into the concert, walking through the parking lot a lot of people had them so we grabbed ours, after going into the casino and asking how to get to the concert area carrying the chairs, getting on the shuttle and talking to the driver, and passing countless staff it wasnt until we got back by the parked motor coaches that an extremely rude red headed female security guard approached us and told us chairs were not aloud and we could either take them back to our car or throw them away. The kicker to this is once we were in the concert area after I hiked back to my car... there were people with chairs and using them. During the concert even though there is a no smoking policy people were smoking all around us right in front of security and they did nothing about it. After the concert security funneled everyone out through the one entrance like cattle all the way back into the casino through two double doors, at one point some concert goers got smart and knocked over the barricade and started walking around the building as opposed to through the gaming floor. Security was freaking out because they lost control of the crowd, they were running back and forth yelling at each other trying to figure out how to stop the flood of people that were going that way... basically completely inept and unprofessional. So once they funneled everyone into the middle of the gaming floor I witnessed security giving the mother of a minor a hard time for being on the gaming floor... right by the door we had all just been forced through because they gave us no other choices as a means of egress. So after forcing parents to walk their children through slot machines and gaming tables, security was harassing the parents to boot. There was also no clear exit to the front of the building once stuck in the middle of all the slot machines, which Im sure is done for a reason however when you have a 2 hour drive to get home and all you want to do is get on the road, it is extremely frustrating and inconvenient. Honestly I think two monkeys could have came up with a better plan than what their staff had in place. My last complaint is the traffic. It took nearly an hour for us to get out of the parking lot and it was a free for all. From the lot I was parked in, near C14 there was only one exit which happened to be the only exit for the rest of the casino. Instead of having people controlling the traffic and allowing blocks of cars to go and keep traffic flowing there wasnt a single staff person in sight and the only way to get into the stream of traffic was to just cut someone off unless someone was nice enough to let you in. This is a flaw in both traffic control and design of the parking lots. I have been to a lot of major sporting events and concerts at a variety of venues and this was by far the worst as far as how inept the security was, how poorly laid out the plan of getting people out in a timely manner after the event, and the overall attitude of staff. My wife and I had when arriving thought it would be fun to go to both the Toby Keith concert and make a weekend trip out of coming to the casino in the future... you can now rest assured that no artist is worth putting up with the shortcomings of this facility and its staff, and as a matter of principle we have no intention of spending any of our hard earned money at this facility.

Soaring Eagle is a nice casino, its very clean and professional. The tribe puts money back into the place which is nice, it shows. Unlike some other tribal owned casinos that put the profits back into the peoples hands which then feeds most tribes number one issue, alcoholism and methamphetamine usage, they try to keep that to a minimum (publicly), they still molest and abuse their kids but what tribe doesnt. Back to why I only gave the casino a 4 of 5 stars, they never open enough tables. Instead of opening another roulette table so that the people spending money arent reaching over all of the Black and Asian chair sitters, theyll simply increase the minimum bet for the 2 open tables by 5-10$ to drive the congestion down rather than opening one of the other 4 closed tables. Another perk of this casino besides the cleanliness and obvious money thrown into fake painted rocks and constantly moving the machines around is that they do have some fairly useful and/or enticing rewards. If you sign up for it, they will text you coupons for free ice cream in the middle of January or cheap rooms on Tuesday nights. I have to admit, since of the gifts they give out can be pretty cool, if you have a Gold Member card, like George Foreman Grills, left over Christmas popcorn tins or folding chairs. If you dont spend 700$ a week though and have the regular member card, well, you are out of luck. We poor saps dont get any free popcorn in February. You do though get some free comp to use at the game of your choice for your birthday so as long as its a penny slot machine with a red sticker thats indicating it will accept you birthday comp and in return manage to have the max bet be somewhere in the range of 8$ to 12$ in pennies eat your entire gift in one or two button pushes. There is one last thing, Im not sure of its true but it has beena local rumor for years that the tribe pays the fines levyd upon them for setting the payout on their machines well under the state gaming commissions required set payout rates as it is far cheaper to pay the fines than meet the states gaming commissions regulated payout requirements being that they are making hand overt fist cash setting the rate much lower, that ratio Im sure they keep a close eye on. All in All, great place; would casino again.

Revised My Review. Ive been an on&off customer since the mid 1980s when this place was nothing but a pole barn and a mud parking lot. I recently walked up to the box office and bought full price tickets for a concert featuring RATT and special guest Night Ranger. RATT was unable to play that night due to a legal dispute between members and the casino claims to have received a cease & desist letter from an attorney (not a judge) that had the Eagle decide it was better to not reschedule the show but let Night Ranger foot the whole show. Customers that night were given some form that stated they would honor the tickets the next time RATT was booked. Knowing this could be a while...in the coat pocket it went. Checking the website today (6/2/17) the Eagle has a big old RATT picture with the statement: "Did you purchase a ticket for our RATT performance back in December? If so, you are entitled to a ticket redemption period for a ticket to another show." Only problem is...it also states "Offer must be redeemed before 10:30PM on May 31 at the Soaring...." I called the Box office today to inquire. "Sorry but the great god in the sky who printed those vouchers also put on the restrictions". Are you kidding me?? I paid full price...she says that I should be grateful that I got to see Night Ranger. I asked...and she said that NR did not get paid RATTS money. So I ask...who pocketed the money portion of all those tickets that was intended to go to RATT and didnt get redeemed by their arbitrary May 31st date? Crickets. It is one thing to usually lose feeding their games...or to drop $200 while waiting for 1 act out of a 2 act show to perform....but to be inflexible like this show the monopolized greed is based on a formula and nothing to do with those who venture onto their lands. 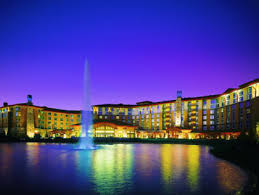 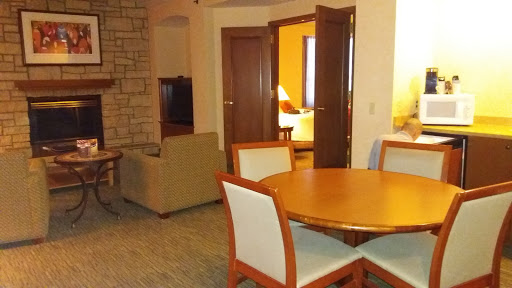 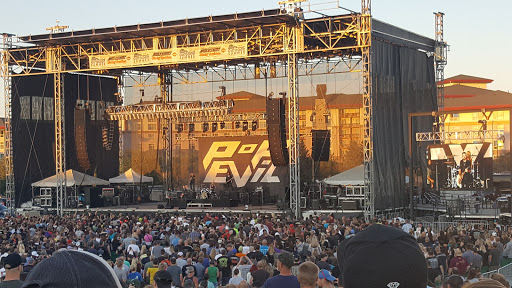 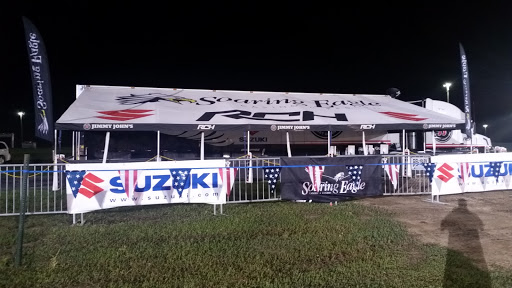 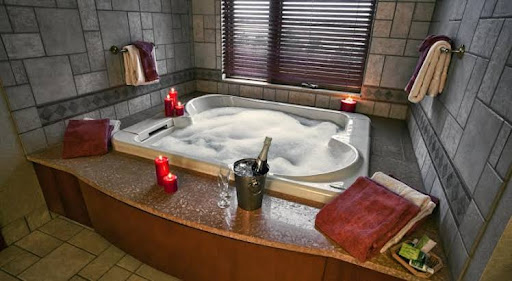 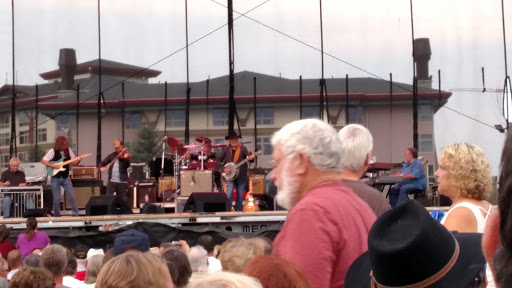 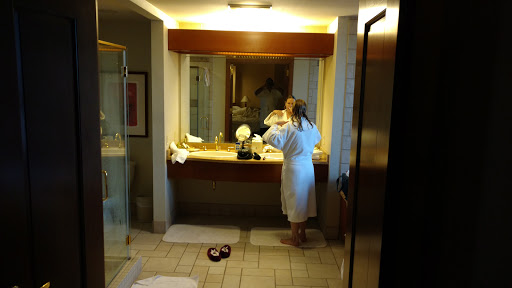 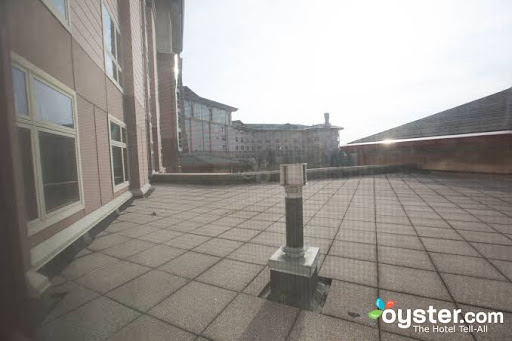 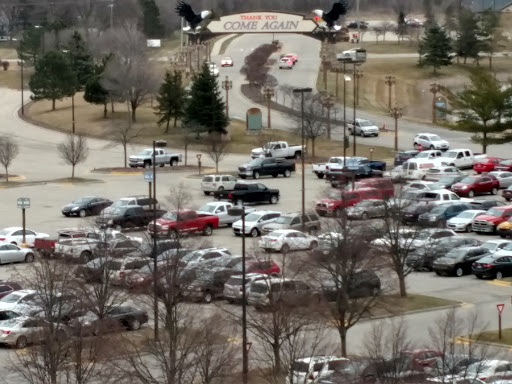 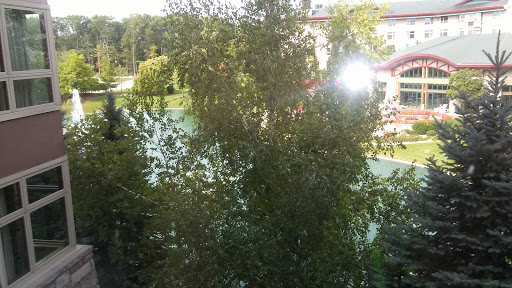 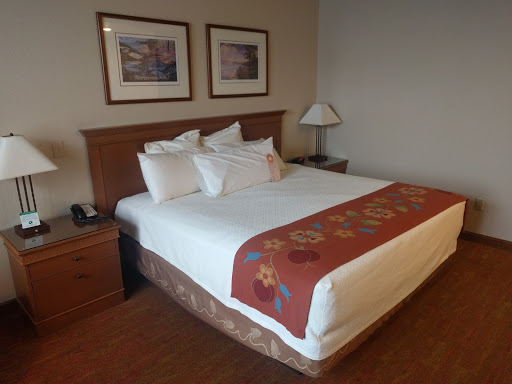 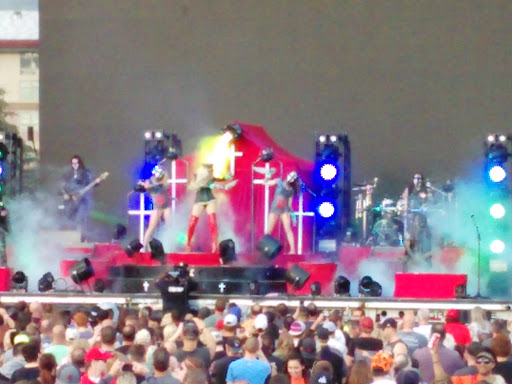 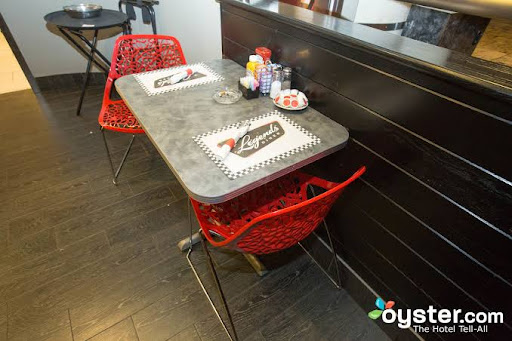 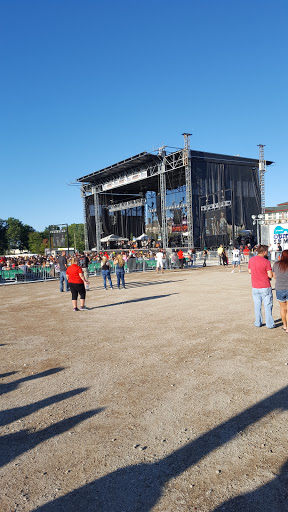 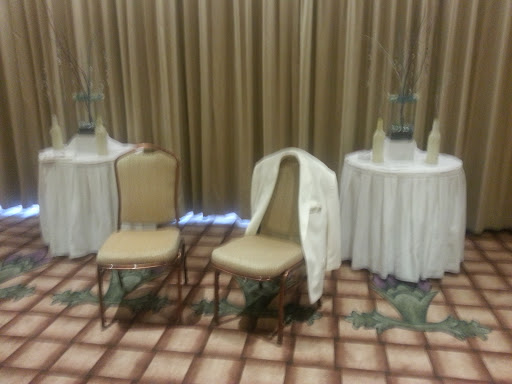