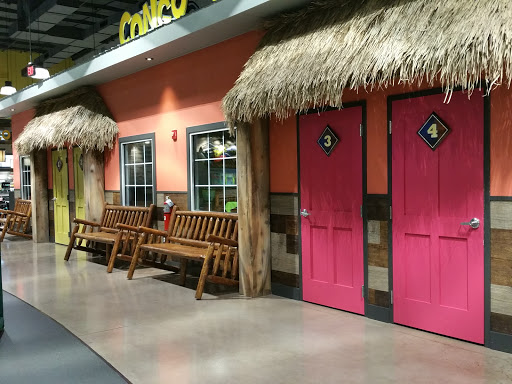 We went there today, and thought the activities provided were generally fun. The experience was ruined to a point because last evening we called to ask if we could bring in some food for two of our guests that cannot eat gluten, soy or dairy. We were told they had gluten free food, but when pressed about soy and dairy free, and if we could bring in something, just for them, we were told their policy is NO OUTSIDE FOOD, and if we had special needs they couldnt accommodate, to eat prior to coming in. When we got there today, some folks right behind us came in with coffee drinks and bottles of water. We later saw them eating pretzels and crackers that they had brought into the facility. The annoying thing about this is we were not trying to avoid buying the food there, we just wanted to make sure our relatives with special food needs could have lunch with us, and as it turned out if we had just brought the food in and not asked, I guess no one would have told us we couldnt bring it in anyway. Well probably be back, because the kids will probably ask for it, but Ill never be too thrilled about it.

I love the pricing. For my older 2, the all included pass is well worth it. My youngest never wants to leave the ball area. Its great if you want to buy one attraction for a quick afternoon out as well. Food is amazing. Although the funnel cake fries were disappointing. They are just fries with ranch dip. The Bobo burger was absolutely wonderful. Juicy with tomatoes and lettuce. Limited refills on drinks which I think is helpful. The menu was more than I expected. I was surprised we went on a Sunday evening and it wasnt too crowded. 2 birthdays were happening. Heard good things about the parties. Much nicer than those other kid places. I never liked that mouse anyway. ;) I could go on but you should really see for yourself.

Great place to take younger children. We celebrated my sons 11th birthday and my 6 year old tagged along. They have laser tag, a laser maze, bumper cars, a climbing course, a huge ball playground, and lots of arcade games. It is easy to acquire a lot of tickets, but the prizes are terrible. The prices to play things are decent, and you can get wristband for all you can play for around $30. The food prices however are crazy, as with most places like this.

Save your money. Over priced. Dont attempt on rainy or cold days. It will be mobbed. Loud. Chaotic. Arcade games at a $1 a pop?? The ropes course is kind of fun. Bumper cars are over quickly. Ballocity in but smaller than say the mazium at universal fitness which is cheaper!! I guess if you were ready to go insane being in a house with your children another second this would be an understandable choice but I dont think well be back.

Went for a birthday party and the kids had a lot of fun. I think my biggest complaint was just worth the host assigned to our party. He wasnt on the ball, took forever to move us to the next activities, gave the token cards out to non party members. It would have been nice of for the little kids he had given the token cards out to the parents so they didnt put them down and loose them Overall a great time, we will definitely go back!

I took my family there today for a fun time. We all enjoyed the ropes course. Only thing we didnt like was when some kid that works there blatantly called my gf a liar when she told them the ski ball game didnt honor us the bonus for beating the high score, and he refused to fix the issue. The situation was handled very unprofessionaly and quite upsetting for her young son, who chose to go there with his only Christmas money.

Very full and crowded for the size of the place. Waiting for the ropes course was a joke. 45 minutes to go on it. Then the laser tag empties out where the line is for the course. Got a salad and when I went to take a bite, there was hair in the salad. I said I would take a small pizza in place of the salad, but had to remind the staff of my order 10 minutes later. We will not be coming back.

This is a really fun place for kids of all ages. The staff was really nice and everything appeared to be clean and well taken care of. Its not a cheap outing, so a trip once a year is probably what well do. We thought wed save some money by getting tickets for different rides/games individually, but after adding everything up it would be cheaper to get one of their package deals.

We took our Oakwood Baptist Day School summer camp kiddos to Go N Bananas Family Fun today. They had a blast and so did the teachers. One teacher said it is the best laser room he has been to yet. They have a great package for groups and also open early for school groups which added to a pleasurable experience. Oh did I forget to mention how friendly and helpful the staff is?

Like it bc my kiddo has a blast here. Think its expensive though for games. Local flavor has "coupons" on the app for here.. you get $5 free for free by showing the coupon on your phone. I normally pay $10 and so all together $15 is what my son has... but it gets spent within 20mins. Would be good idea to lower the cost of games so kids could enjoy more time here.

Great place to take your kids. Fun ball zone geared toward elementary; high ropes for over 48"; fun bumper cars for all and of course the laser tag and arcade. Mini bowling is a good time too! Great way for the kids to spend 2 or 3 hours. Oh...and the food offered is really yummy. Great wings!!

Ive been here 5 times. With several groups of kids. They enjoyed it. It is expensive compared to others. Kids enjoyed it everytime. Sign up for texts and use the special deals if u want better price. Other then price it was cool. Bathrooms are a plus. Food pretty good.

My kids (ages 3 and 4) love going to this place. I enjoy it during the week when bigger kids are in school. If you go early, its on the quieter side and pleasant. The restrooms are clean, employees are nice and helpful. The games are fun and most are reasonably priced.

I loved it all. The bumper cars were so fun. Lazier tag its cool because its two teams against each other. The play area its like an indoor park. Lastly my personal favorite its the ropes. Its like walking on the sky bout your protected. Im really excited to go again.

Took two grandchildren there ages 8&9. They had a great time. Very clean. Packages are cheaper than the individual items so believe. I bought 3 times on the spinner ride, one Lazer tag and the ballocity...for both kids and it was close to sixty dollars.

Way better than Chuck E Cheese for a kid thats getting a little older. Affordable packages that last for 5 hours. Individual games are a little expensive. Birthday parties available. Quite a large seating area for eating away from the games. 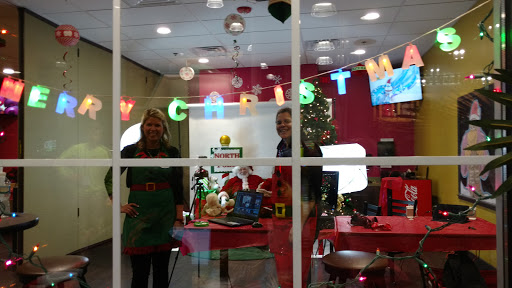 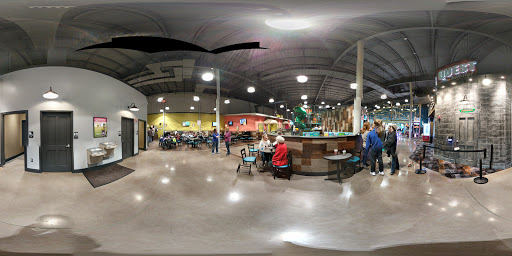 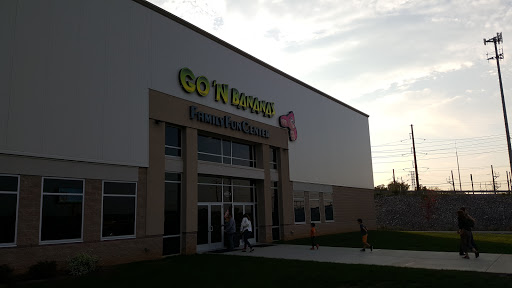 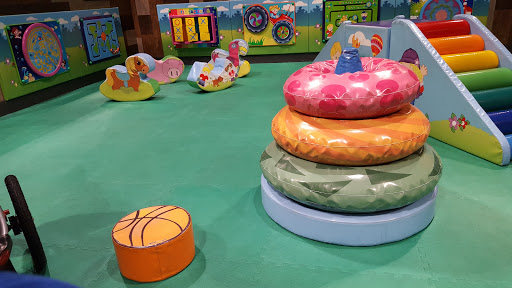 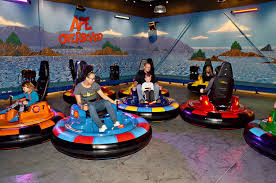 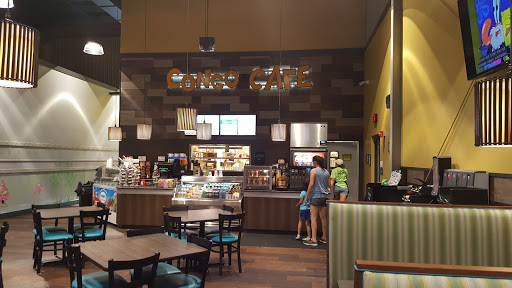 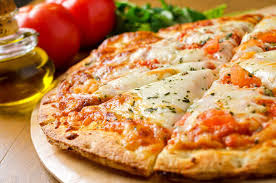 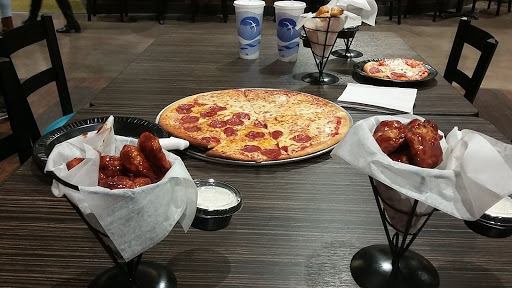 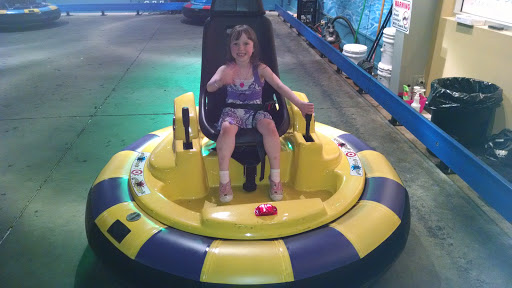 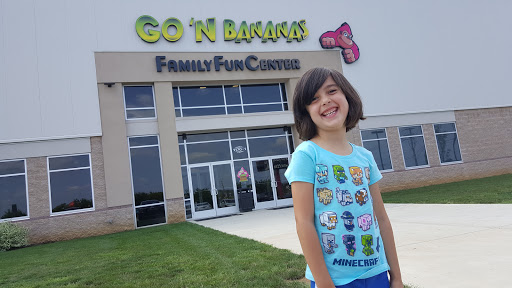 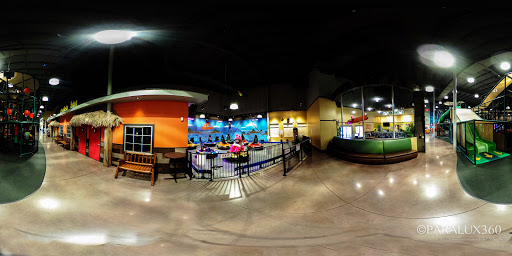 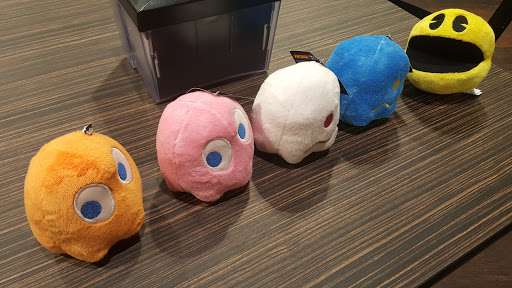 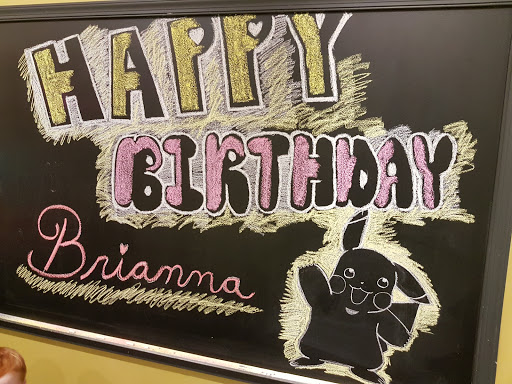 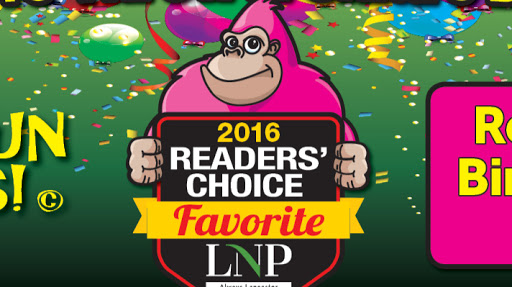 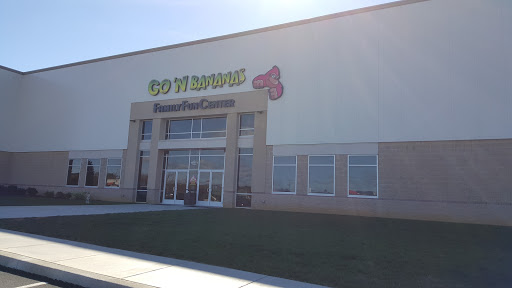 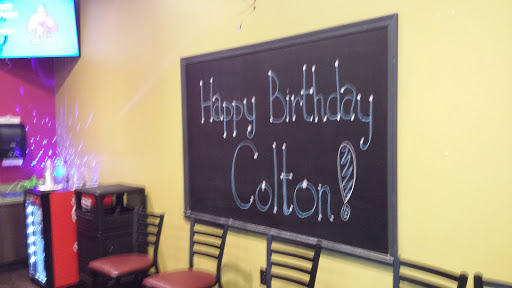 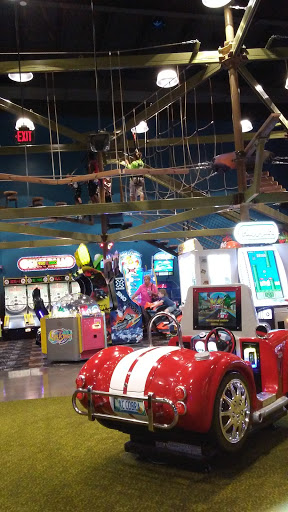 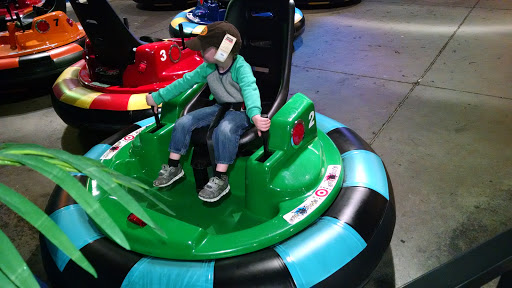