Birthday Party Beware! 1. I rented the Tin Tins Lounge for a birthday party, I was very upset that I spent over $400 in total and did not get nearly anything that is promised on the website for a childs birthday. 2. They make you select a schedule order to follow (ie: 40 minutes of play/eat/cake). Not sure why because there was no one there to help keep the party on schedule. 3. The childrens food was supposed to arrive at 1:40, and it didnt come out until well after 2:00 pm. Families actually started to order meals for their children and paying for them themselves because the kids were so hungry and tired of waiting on the pizza and applesauce to come. 4. They charge $5 per "bowl" of chips/pretzels/party mix. The "bowl" held about 3 servings (1/4th of a bag of Martins Chips). Such a rip off. 5. I ordered pizza for the Adults, that was supposed to be out by 1:15 pm, it didnt arrive until after 1:40 pm. Once again adults were ordering their own food because they were tired of waiting on the pizza. 6. Pizza and sodas were asked to be refilled, and sat for over 45 minutes until refilled, so once again adults were going to the bar to get drinks since they were not being replenished. 7. There was trash (plates, cups, dishes) piling up on the corner of the cake table and all other tables because there was no trash bin in the room, and there were no waiters coming in to make sure the room was getting cleaned like promised on the website. 8. Birthday certificate and shaved ice were also promised. At no point did they even ask about bringing out the shaved ice for the children and since the food had run so late, by the time the children had cake, most of the people actually had already left the party. An no birthday certificate was given to the birthday child. 9. The children got tokens for the arcade, but nearly half of the machines in the arcade had "Out of order" signs on them. The ticket counting machine was broken, so staff had to count them all by hand (and they were then taking the tickets and taping them back together to reuse in the machines again). 10. We had 1 waitress to serve our entire party, she was hard to find. There was 2 other birthday parties going on at the same time and she was also assisting them, for the amount of money paid to rent a room you would think they would staff appropriately to make sure the parties are all being taken care of well. They also add gratuity to the bill automatically, so you get stuck paying for the limited service you did receive. In the span of 3 hours, we saw the waitress about 4 times, all of which we had so go and seek her out. 11. The bathrooms were absolutely disgusting, families were coming to me to complain, and we also told the Bogeys Staff about it. There was no soap or toilet paper in the womens bathroom at all, and only 1 toilet was actually working, and it was nasty. I NEVER write reviews online, but I am very upset over this. I tried to throw a nice party for children and adults, and we saved for so long to make sure we could afford something nice. It turned out to be a disaster. Instead of leaving happy I left so embarrassed. Parents even now just keep commenting on how dirty the facility was, how nothing in the arcade was working, and how terrible the service was. I wish I would have saved money and just threw the party at home or at a different facility, very upsetting.

We entered as a group of 3 adults and 2 kids on a Friday evening. The establishment was not busy, maybe 4 other tables, and 10 people at the bar. Waited 5 minutes to get acknowledged when we walked in. The music playing was an odd playlist of popular songs, but covered by a band or bands that slowed the melody way down and took all of the emotion out of the lyrics. Food service was messy. I cant even blame our waiter. I think he was just supposed to be the host. He didnt seem to have ever waited before but was unable to locate any waiting staff, so he took care of us himself. I blame the management, who mustve been lacking or just doesnt care about the business. Things never got better. The waiter was friendly, but it obviously wasnt his job. The menus didnt have any drinks listed and no separate drink menu at the table. Just found that odd. Hard to find anything under $10. $12 for 10 wings that werent very large. Ordered our food and drinks at the same time. Drinks took 15 minutes, at least. Only thing special was a fuzzy navel. No one had heard of it before. When we did get our drinks, the sodas were flat. Sodas were replaced quickly, but the Captain and Coke we ended up taking to the bar and getting a new one ourselves. 10 minutes after we got drinks, we are told they are out of the gluten free buns. Opted for no bun rather than no food 25 minutes after we sat down. Offered an extra burger as a way of saying sorry. Still got charged for gluten free bun. Then the burgers came with no cheese. It was ordered as a cheeseburger. They thought since we had a gluten allergy, we wouldnt want cheese. Despite all of this, the food didnt taste bad. It actually tasted pretty good. Some items were a little over cooked, but the flavor was still good. Kids had fun at the play place. One machine was out of tickets. 3 or 4 machines out of order. There an uncovered outlet on the floor where anyone can access. All prior experiences were better than this one. I did once have a similar experience about a year ago. I dont frequent here often, and I dont think Ill be returning anytime soon. Id like to think our experience isnt a normal occurrence and that there was some sort of personnel issue happening. Around 10 employees rushed to follow after another employee walking to the bar deck while we were still waiting for drinks.

I didnt HATE if but our overall experience was very sad. We had a childs birthday party there Saturday 2/22/14. It was highly disorganized first of all. We had 15 people in our group and we were in a cabana...for which there was an extra charge. The set up in the cabana was backwards and not group friendly at all. The table for the cake was not under the spotlights; it was at the DARK end of the space. No one could see the birthday kid and there we no other lights in the space. The tables were one on each side so we were segregated...they should have been pushed together so all of us could be in the round and have been one big group. The table coverings were NOT changed between groups and were dirty when we sat down. The waitress was okay. She took our orders and delivered them to the kitchen. Then they dribbled out one or two at a time...a sandwich here, a cup of tasteless lobster chowder here, a pitcher of soda, then a pitcher of tea. The first to get their food were done by the time all the remaining orders arrived. The food was nothing special and the prices were exorbitant. $9 for a Ruben sandwich and you couldnt find the cheese or the kraut. And it was NOT hot when it arrived. Your kitchen needs to be more responsive to large groups if you are going to be known for serving large groups. Someone needs to get in there and take charge...something that is sorely lacking. You made a lot of money from our group and presented a less than stellar experience. I certainly will not be suggesting to anyone your venue for any sort of a gathering. And when washing my hands in your ladies room it was in serious need of a lot of attention. I brought this to the attention of the hostess. I dont think it was tended to when we left. There was no soap or hand sanitizer available. It was very unkempt, dirty and under supplied. Another negative for your kind of business. A restaurant such as yours needs to be exceedingly clean! Perhaps the people who check these places out should pay you a visit. In summation: we paid a lot of money for a less than stellar experience. 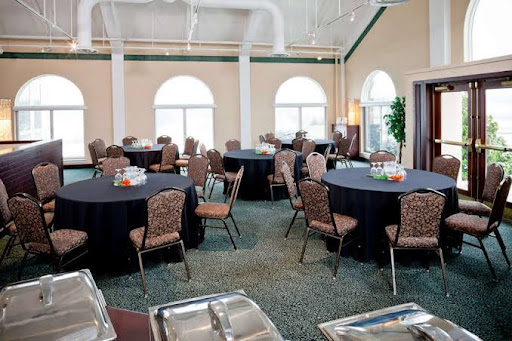 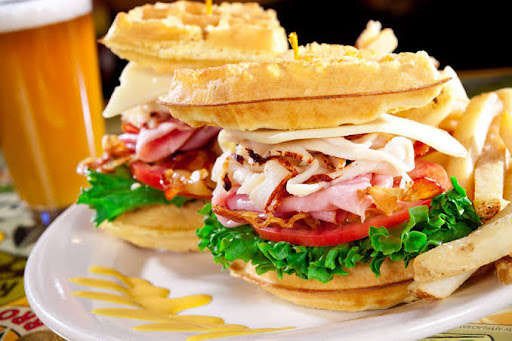 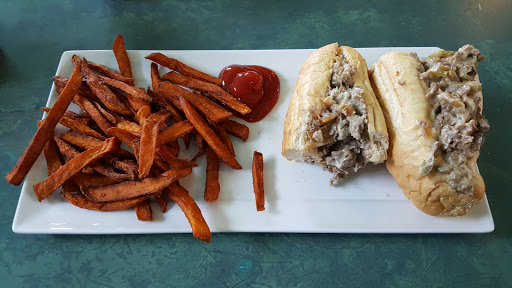 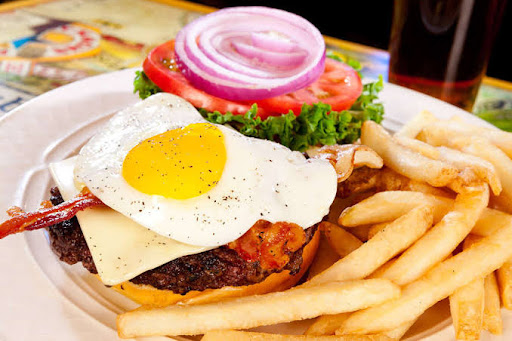 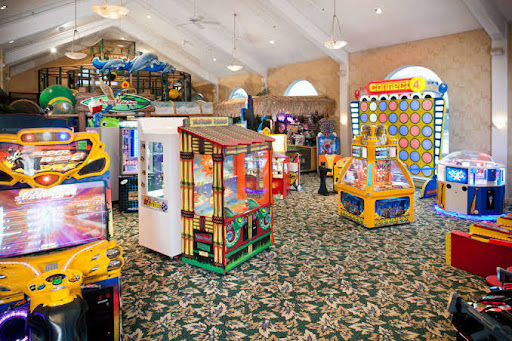 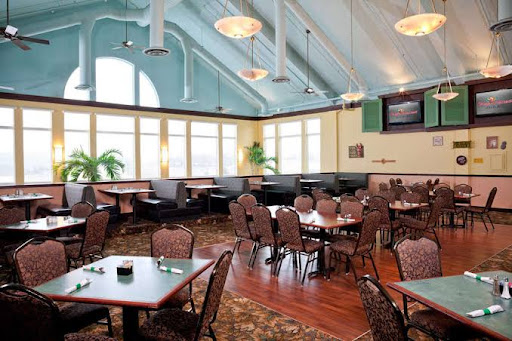 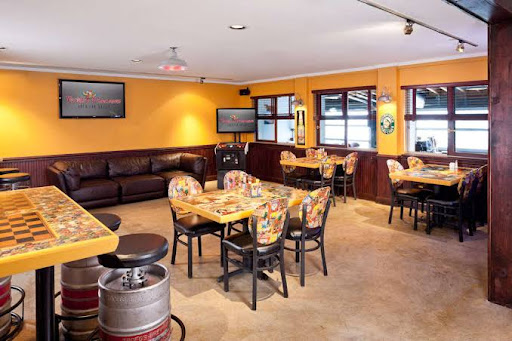 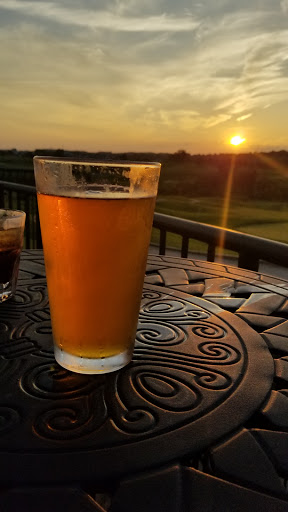