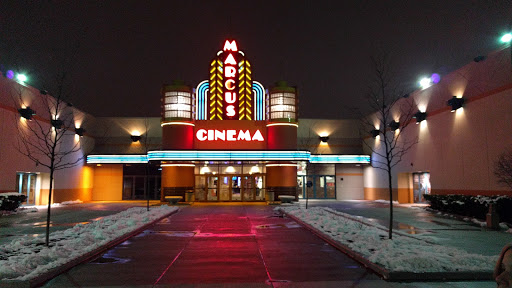 Gurnee Mills is a now a ghost of its former self. This movie theater is not much better...BUT...With the installation of their new ULTRA screen theater, as long as you choose JUST that house, it is awesome by comparison. Regal Round Lake Beach 18 is the real dump. Smelly theaters, horrid sound, bad seating, moldy bathrooms, and their two biggest houses, 6 and 13 have poor throw meaning they cannot project the image brightly on the screens. You actually PAY to see worse. At least at Marcus Ultra Screen, the seats are spacious, the sound is good, and the screen is huge. Unless you plan to travel to Lincolnshire or Century 16, Marcus is the only place around worth seeing anything. Just stay away from the little theaters in the front of the theater. Anything above 15 is total crap. Small, tinny speakers, tiny screen. Call ahead. I always do. The worst part about Marcus is the customers. the mall is all riff raff and now so is the theater. That may sound elitist or snobby, but I dont talk on the phone during a movie nor yell down hallways nor laugh during crucial and heavily dramatic scenes. Its not a reflection on creed or anything else but culture and economic status. And I treat movie theaters like libraries. I can sit but I come for the experience. And the rude people at Marcus really make it a toss up. That more than anything else is why three stars.

This theater is going through some construction so I cant hold that against them right now. The normal screening rooms are normal and nice. Not dingy and dirty. A good experience. The 4DX theater is newer and a lot of fun. Youre going to pay more, but you get more. When I saw Cap America Civil War, they didnt have all of the 4DX features that some of the other 4DX theaters have. That being said, they dont advertise the features they dont have, so Im ok with that. The screening rooms with the UltraScreen are a great way to experience a film and my favorite. The loungers go all the way back so youre basically lying down watching the show. The loungers are spaced generously so youre not on top of other people. The screen is larger than a normal screen, but were not talking IMAX level large. The staff has always been nice in my experience. I wish they had beer/liquor service as some of the other cinemas do, but I get why they dont because some of the clientele... not the best. Frankly, they are why I am more than willing to pay extra for the UltraScreen and 4DX showings. Those rooms are typically free of the riff raff who talk loud and browse theyre phones as if they are at home. During peak periods, the lines for tickets can be very long if you get your tix that way. I agree they may be understaffed. Id give a 4 1/2 if I could give a half star.

Last year I bought 2 movie tickets in advance to go see Batman V. Superman: Dawn Of Justice in the Ultrascreen room. I bought them in Early February so basically 1 1/2 months before the premiere on March 25. I picked the 2 seats on the D Aisle. So I go in with my brother, show them the ticket code and everything get snacks and a drink and what not. Then during previews one of the employees comes up to me and tells me that those seats arent mine. Then she tells me that they belong to a some guy with his son. I showed her on my phone that I bought these seats nearly 2 months ago and asked her why were my seats given to the other guys she said "I Dont know" she said that there were 2 seats all the way in the back that were available for me and my brother. I asked "So even though i bought these in advance nearly 2 months ago theyre being given away to these gentlemen?" My first thought was White privilege since Im Hispanic and the guy and his son are White but I wasnt gonna start blaming the whole situation on Race. I was about to say okay but then the guy said hell take those seats in the back. Then the Marcus employee told me "Thank you for your time". I mean why are you gonna give other peoples seats when they had first dibs? Overall everything was good: The movie, the food. The only negative was that little experience.

Never going here again! I have officially had enough of this dumb cinema for the same reason that today I tried watching The Purge Election Year with my cousin and to be clear I am 17 years old and she is 20, so to make sure we would be allowed to watch the movie we checked the Marcus Cinema Website which clearly says "In order to watch an R rated film you must be 17+," we even called the theater to make sure if thats the correct age policy they have for their films but once we got there and as we approached the ticket taker, there happened to be an officer standing next to him asking for IDs, so we gladly handed him our IDs but once he looked at mines it turns out I had to be 18+ to watch the R rated movie, we even told him what the website said and we also told him we called ahead of time but he simply just said in a very rude tone of voice "Well I dont know why they told you that." ... I was soo upset and then to TOP IT OFF!!! we had bought both our tickets online which cost us a total of $14 yet when we went up to the desk to get a refund we only got $10 back! I hate this stupid theater from now on I will be going to the AMC Hawthorn 12 in Vernon Hills!

12/2016 Update. Well, Ive been to Marcus Gurnee Cinema twice now after their update. Im impressed! I love the "lazyboy" recliners and the fact theyre assigned, so if I have a friend along, I can make sure that there is two seats next to each other in advance; there are fewer seats to choose from however. Ive noticed a better viewer demeanor also; perhaps as a result of the higher prices has turned away some of the "other" folks that had turned me off originally. My theater of choice has and still is Regal in Round Lake Beach, but Ill definitely consider coming to Gurnee, as its a lot closer for me. Nice job Marcus! Ive avoided this theater now for several years, primarily due to the clientele. Noisy, inconsiderate customers that have their phones on, bring noisy kids, or just talk. I remember watching Saving Private Ryan once and someone brought their young kid....that says it all to me. Also, this place is a haven for kids who love smoking right outside the doorway; something I refuse to tolerate. Otherwise, the staff is nice and the theater appears on average a clean one. I just rather go to a less crowded theater = less of the issues above.

Really Marcus? Really??? I took my 8 year old son to watch a movie and according to Google AND board inside the theater showed 3:10pm begining time. I only had so much time to take him to movies and I figured there are always 10, maybe 15 minutes of previews. Well. try 45 (FORTY-FIVE!!!) minutes. And no, not just previews...first there was "hollywood access" (before a kids movie...) then they had ads. Yes, REAL ADS like you watch on TV at home..not even movie related, just ads for car companies, cell providers, insurance, etc. What a F!?!?!?! THEN after 25 minutes have passed (its already 3:35pm at this point) they start previews for another 10-15 minutes. My son was starting to get irritated but nothing compared to my irritation. Not to mention a small (and I mean SMALL popcorn and tiny soda) were $15. Yeah, thank you for that rip-off, much appriciated. On top of all that, entire movie peoples phones were going off, text messages, facebook, whatever. Bathroom smelled...just horrible all around. Never again for any reason. You can keep your $5 Tuesdays. 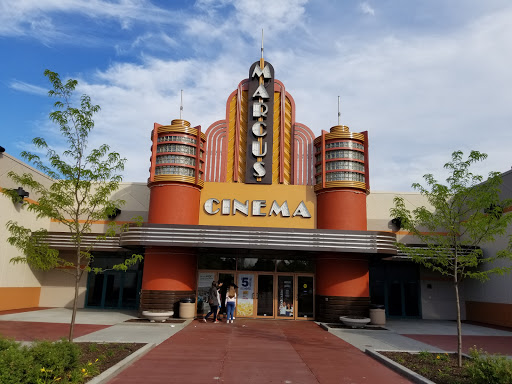 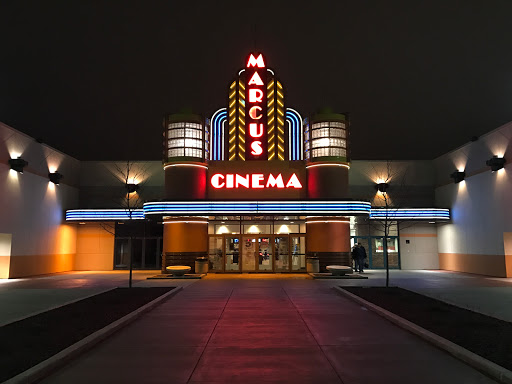 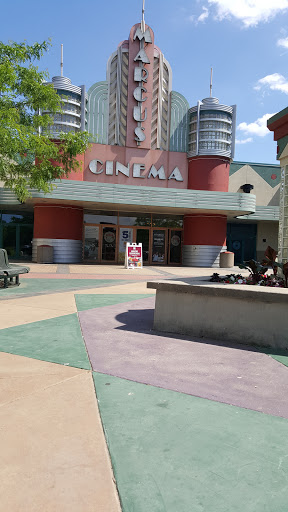 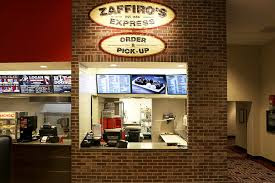 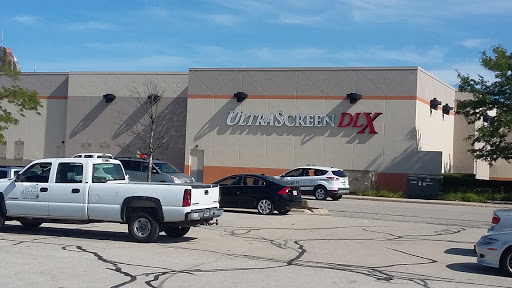 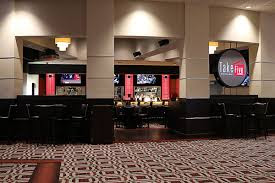 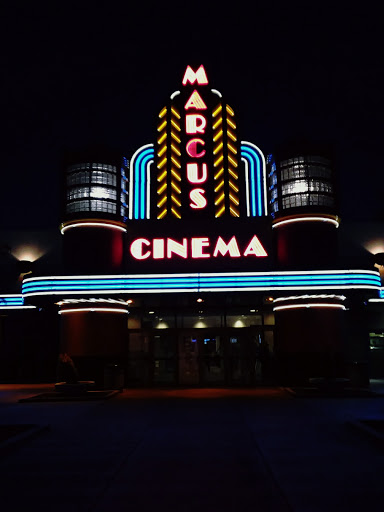 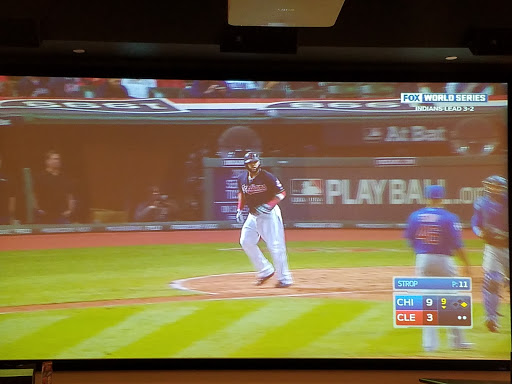 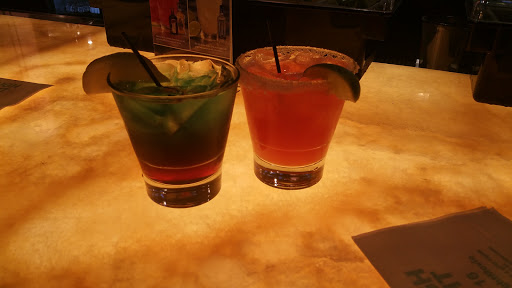 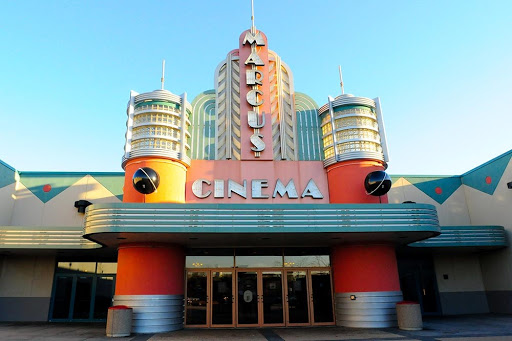 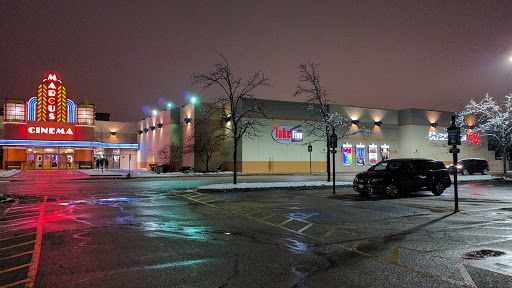 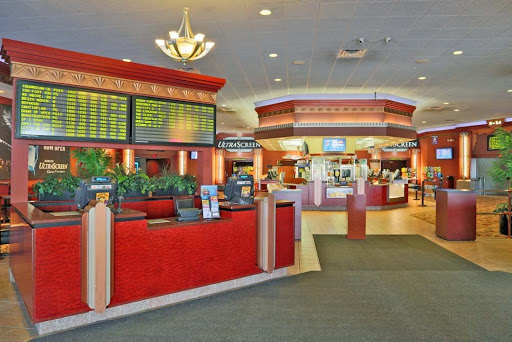 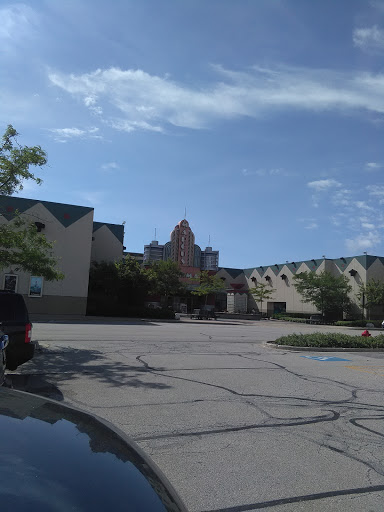 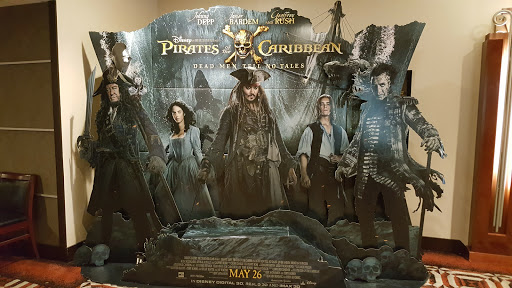 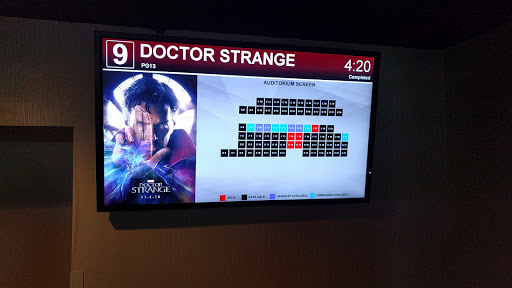 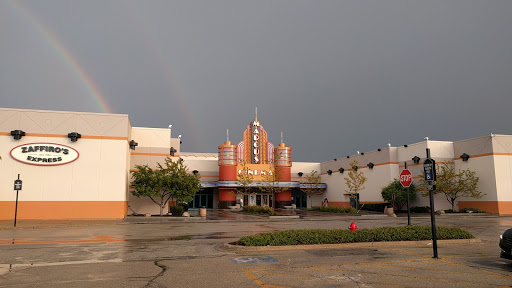 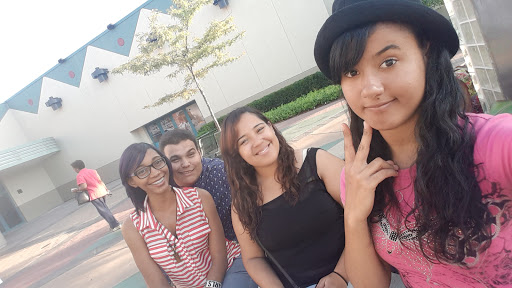 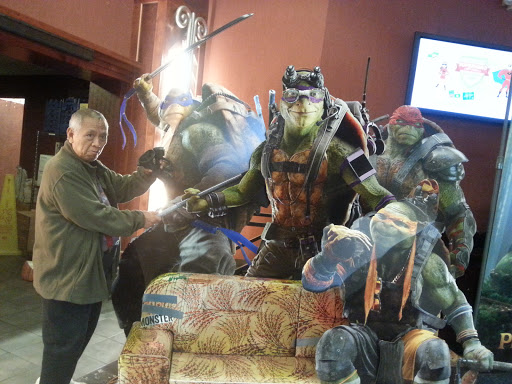 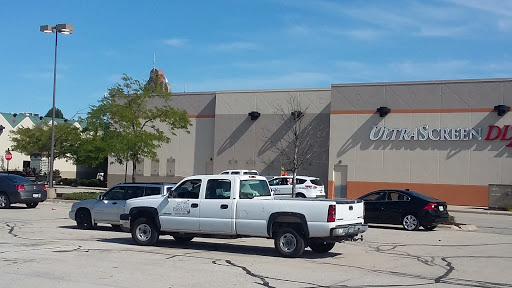 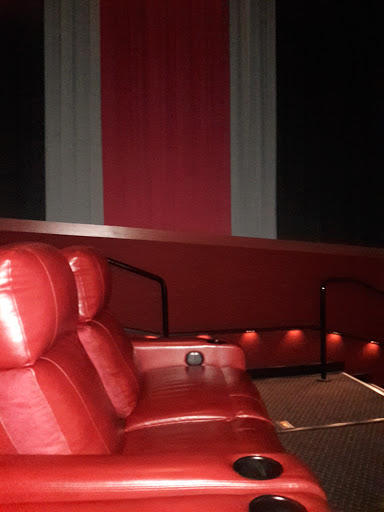