Read to the end if you plan on having a wedding in the tent when it may be cold outside. I attended a wedding this past weekend at the Wellshire Event Center, the atmosphere when entering the building is amazing. The architecture in the side room where the ceremony was held was fantastic. After the ceremony, we entered the tent for cocktail hour and for the reception. It was a little chilly in the tent, but it was also 15 degrees outside and you could tell the staff had only recently turned the heaters on. The bar was priced about right for what you would expect for an event center, however, they ran out of Pinot Noir before I could get my date a drink. I was maybe the tenth person in line to get a drink. After the cocktail hour, we were served the salad before the bride and groom came in from photos, which was a great touch. There is nothing worse than waiting a long time before being able to eat since photos always run long. After the introductions, we were promptly served the main course, steak medallions. The beef was cooked to an almost perfect medium rare, the flavor was really good as well. Right after dinner is when things really went downhill. During the toasts (About 7:30 pm), the banquet captain turned off all the heaters in the tent, later finding out her reasoning was she turned them off so everyone could hear the toasts. Coming from over ten years in the wedding industry, I can appreciate that, but the DJ there did a great job on his setup, that everyone could hear fine with the heaters on. The tent promptly started to cool down and became chilly by the time the cake cutting was done. At this point, I asked the banquet captain if they could turn the heaters back on, she dismissed my request with an attitude and left the room. Shortly after that, they began serving cake to all the guests and immediately took the cake back out of the room, the staff was serving the wrong cake. They came back in and started serving cake again. I later found out that the second cake they served was still not the correct cake the bride a groom had ordered! I then mentioned to one of the staff members that people are needing to grab coats and asked if they could turn the heaters back on. After a few minutes of not seeing anyone turning the heaters back on, I went and turned on the large heater next to the entrance from the tent to the main building. On my way back to my table, I noticed a smaller heater next to the window and checked to make sure that was on as well. When I approached the heater, the plastic drapes on the window was sucked into the intake of a PROPANE heater. Last I checked, fire and plastic don’t mix well with each other, so I removed the drapes and secured them away from the heater. This is very concerning on a safety level for the guests and staff that were at Wellshire that night. Fast forward about another hour without the main heater being turned on, the bride and groom had to stop what they were doing and ask the staff to turn the heaters back on after multiple guests had also asked the staff to turn the on. Most of the guests had left by the point due to the cold. We estimated the temperature was about 55 degrees in the tent at about 9 pm. I watched the banquet captain talking to the bride and groom and could tell she was giving them attitude about the heaters as she had with me earlier in the night. She blamed the cold on someone not turning the fans on in the heater, which was a lie as the fans were blowing cold air all night. You could see the fabric draped from the ceiling blowing around all night long. It wasn’t until about 9:30 that the room started to warm up again, however, the heaters had a hard time keeping up. They would come on for a couple minutes, then shut off again and blow cold air, this went on until we left at 11 pm. Once again with our nonscientific way of measuring the temperatures, we guessed it never got above 65 in the tent after the heaters were turned back on.

We chose this venue for our June outdoor wedding after visiting close to 20 facilities. I loved the rustic look and feel but worried (secretly) about their ability to be classy in that old of a building...I worried (secretly) about whether they could actually house 120 people comfortably....the did both of these with perfection....me and my wife funded our entire wedding by ourselves and that was a big determining factor in our decision of which facility we would choose....we met with one of the head guys originally and he got the hook out and began sinking it....he was very kind, very knowledgable, and very understanding of our budget concerns...we were excited and happy so we signed....we wouldnt see this guy again until our wedding night(I really apologize, neither me nor my wife can recall his name, youll understand why if you keep reading).... We were assigned a coordinator and met with her (Ashlee Kruger)....as we began to work with Ashlee and plan our wedding we were taken back by her knowledge in the industry and expertise but yet her humility and desire for us to design our wedding how we wanted it....we both would constantly direct to Ashlee as we were making decisions as "the expert" because this is both of me and my wifes first marriage but we had to push for her to make a decision that her expertise knew was best....she did extremely well at taking our one or two word answers and creating exactly what we wanted....we worked with her for about 15 months on our wedding and the whole time she was easily accessible, every call we made was returned within 24 hours and every email was answered within a few hours....the day of our wedding Ashlee was remarkable....we never once felt overwhelmed with needs and desires of our wedding party or family, Ashlee handled them all and was awesome....outside of coordinating the ceremony itself and making sure it was beautiful and perfectly timed.....two of our wedding party members told me specifically toward the end of the evening "I dont know how much you paid for Ashlee but she was worth every penny"!!!!!! Lastly and also importantly the food received high honors from all of our guests....We HIGHLY HIGHLY recommend you consider Wellshire for your wedding, it was affordable and absolutely beautiful and absolutely perfect!!!!!! What an amazing evening....it was everything me and my wife had ever dreamed it would be and then some.....THANK YOU WELLSHIRE but mostly THANK YOU ASHLEE!!!!!!!!!

Our small aerospace engineering company has used the Wellshire Event Center for three company holiday parties, and have no plans to change! The room we held the event in is the perfect size for our small companys employees and families (about 75 attendees) as well as a smaller room connecting to the back for the children. Our event coordinator, Kristen, is extremely easy to work with and makes planning a breeze. For the two parties I have attended, Darren was our on-site contact and was a pleasure to work with. The waitstaff has always been courteous and helpful during the event. Before the meal we do an open bar which has a good selection of popular beers and wine. We do a buffet-style dinner and have done a variety of Italian food in the past, but we tried a new menu this year and got great feedback - it had chicken, salmon, steak, veggies, and salad. Theres always plenty of food and leftovers are sent home so nothing goes to waste! The staff adheres to our provided schedule and has the food set out and ready to go on time. In the past there have been coloring books supplied for the children which were a hit - we also bring in a Santa and the staff helps him keep in character by pulling him off to the side until one of the hosts can greet him before bringing him into the childrens room. The parents have told us they like being able to have their kids nearby in the connecting room, yet not interrupting during the presentation. Once the guests have left, weve always had great chats with the staff and the bartender, and they made it easy for us to take care of our bill. We have gotten positive feedback from a lot of our employees after each event. We definitely plan on using the Wellshire again next year (already penciled in our date!) and I would recommend it to any small company looking for a place to host their event! 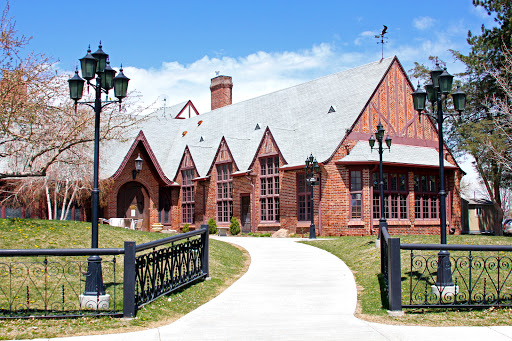 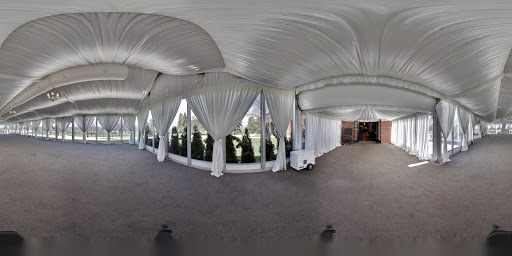 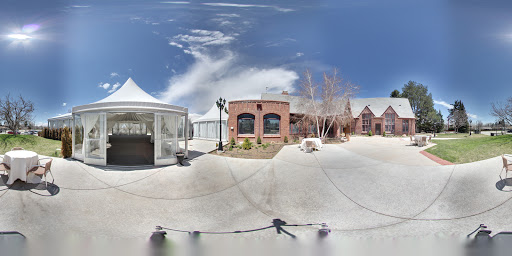 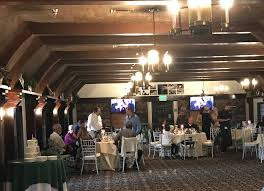 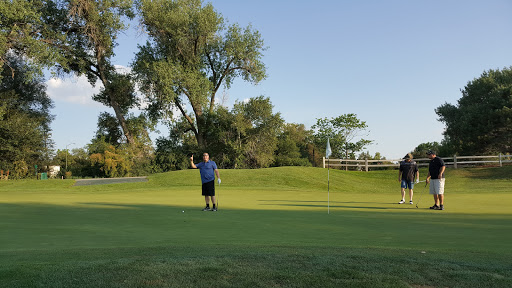 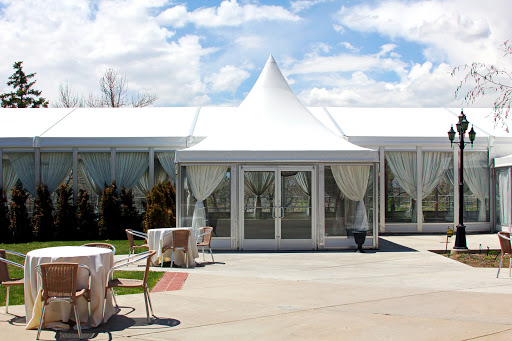 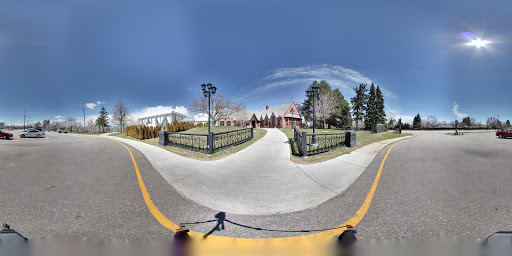 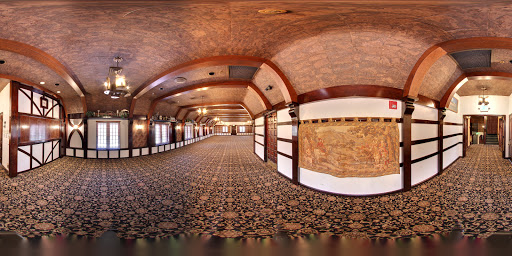 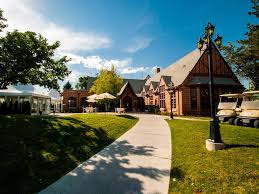 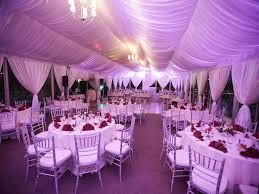 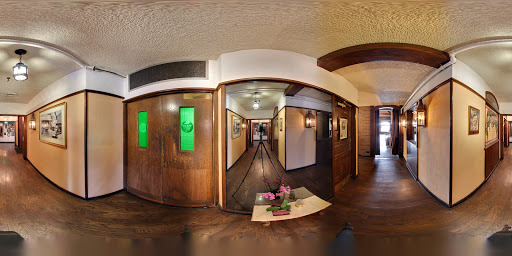 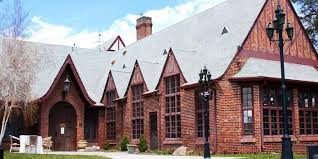 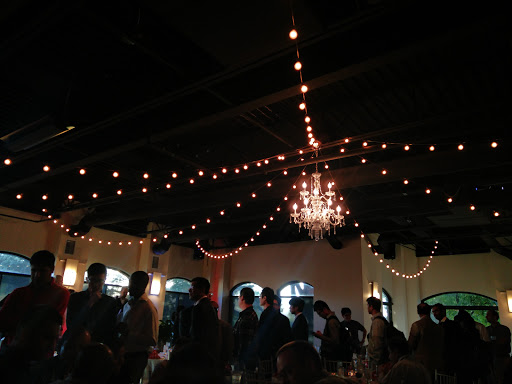 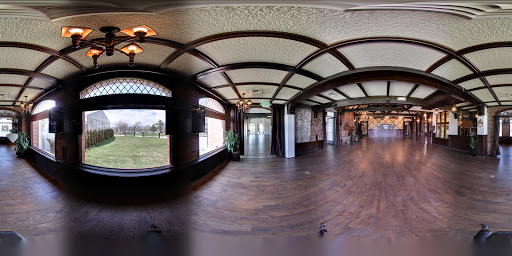