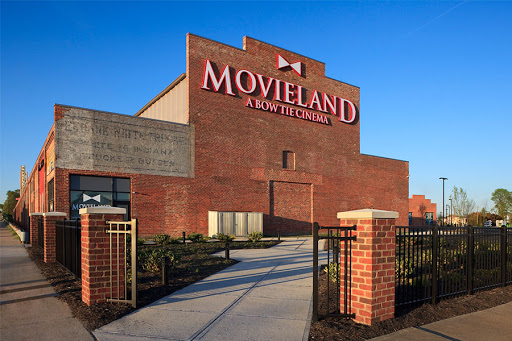 Well-appointed interesting old location with a beer/wine lounge and movie selections that are more inclusive to art house/indie films than most. Cleanliness in screening rooms is variable, sometimes fresh but sometimes has the depressing "diaper-whiff" common to cinemas. Bathrooms and public areas are usually pretty clean. Good concession, friendly service whenever weve gone. One ticket seller actually warned me that a screening (which was already in previews when I arrived) was down to the last 4 seats, instead of just letting me buy a ticket and have to wander around in the dark trying to find a place to sit. I opted to wait for the next show and appreciated her telling me. Screens seem a bit small and occasionally there are projection issues like tunnel-vision, or the colors are dark and dull (perhaps not changing out 3-d lenses for 2-d features), possibly just unevenly trained projection staff? Biggest complaint is that the "rocker tension" on the seats keeps you in too upright a position (for my tastes) unless you push back pretty hard, but if the seats could be adjusted the Bowtie would be a very comfortable viewing experience as the seats and knee depth between rows are roomy. The bevvy lounge (which is great when you have a long wait) has bar height tables (which are NOT great when you have a long wait), while several dining-height tables and chairs outside the bevvy are available for waiting and snacking comfortably. Even on crowded nights theres always somewhere to perch before the show. Overall, a convenient and grownup-friendly location for city dwellers, and good for a date night. ADDENDUM I would like to point out that this is not one of the best locations for 3-d movies; not sure what technology they are using (at this writing, Aug 2011) but comparing the 3-d experience at Carmike (RealD technology) to that at Movieland, the RealD projection is superior and literally easier on the eyes. This is a minor point, as 3-d is not something I opt for very often, but if you want 3-d go elsewhere.

I will never ever ever visit or consider using this theater ever again. I dont know why they are able to still conduct business! I purchased two tickets for my 17 and 16 year old sons to watch the movie Annabel! However this theater was checking IDs which was not the issue its Saturday and a R rated film. As done in the past I escorted them in the theater! Never in all my years have I witnessed an establishment conduct business in such poor taste and as a parent I hope my boys will never have to again, but Im sure that will not be the case! I do get that some teens dont act accordingly but as a parent I try to raise my children to be responsible and respectful young adults and if the parent takes the time to purchase the tickets and escort the teens to the showroom door that should say something.. I guess not! I witness teens that were younger looking than my children go in no ID no parents no problem, but I guess its up to staff whos allowed in! I have allowed my boys to go to different theaters and there was never a problem as long as I purchased the tickets and escorted them to the show room. This theater completely blew my mind. I will admit the theater is closer to my home so there was the fact of covience (or laziness) my husband and I have never had any issues, but now I see. I purchased the tickets using fandango so I guess Im just out of luck on my money back. Word to the wise stay as far as possible from this theater only if you want your teens to be teens!Going forward BOWTIE please let movie ticket sources know that you will only allow who you choose in the theater and save a lot of parent grief, money, and travel.... DONT WASTE YOUR TIME OR MONEY... Go the extra mile to the big theaters its worth it!! I will stick with regal going forward where my money is more appreciated.

Beautiful main area, with tables to sit down at and talk or wait for people. If you go to college and show a valid ID, they take $2 off of the ticket price and the food is slightly less expensive than other theaters Ive been to (I grew up near a Regal Cinema). The Theaters themselves are very comfortable. The only negative thing that I can say is that in one movie going experience, there was a kid who quoted the movie loudly while changing seats at least a dozen times (I really wish that that was an exaggeration), a man who actually lit up and smoked a joint (marijuana cigarette for those who dont know). The girl that I went to the movie with had horrible asthma and we were worried that we would have to leave. A woman who came with the man, who was smoking, fell asleep and snored loudly, and about 3/4s through the movie, the mother of the kid who was running around the theater showed up talking loudly on her cell phone to collect the kid. All of this being said, none of this was the fault of the movie theater. I have gone at least ten other times and had wonderful and normal experiences but it must be seen that, being in a place with such a high population, the Bow Tie attracts all sorts of people.

For a long time, one big source of entertainment missing from the Richmond City Limits was a first-run multiplex. Bowtie has filled that role nicely. The theatre is in an old brick warehouse, which is a block away from the Flying Squirrels stadium. The owners of Bowtie manged to add something new while preserving what was already there. The theatre has greatly improved the surrounding neighborhood. Theres plenty of parking, and Ive never had an issue with audience members who wont stop talking or answering their cellphones. Best of all, there are no ads!!!!! Just previews and the main feature. Expect to pay full price, and the theatres themselves are on the small side. But if you like going to the movies, you should love Bowtie. The mangers also play a classic movies on Sundays, you can get a beer in the lobby, and repeat customers can get discounts if they have a member card. A great cinema in a great location. Thank you, Bowtie!

Movieland was a big disappointment for me at first. They promised alcohol, but its a very limited selection and you cant take it into the movie with you. Nothing like CineBistro. Otherwise its a pretty standard theater, a tiny bit nicer than most, which would normally warrant 3 stars. --However, Movieland is so much more now, and it deserves 4 stars simply because of Criterion Cinemas. This is where Movieland really shines. Its an alternative showing theater on the same property as Movieland. They show independent films and documentaries that you wont see anywhere else in the area!-- That, along with Insomnia Theater and Movies&Mimosas is what should really draw you to Movieland. Come to see your blockbusters, but when youre looking at the movie listings everywhere and cant find something that interests you, you can always turn to Criterion Cinemas for something to satisfy your cravings when Hollywood fails you.

Went here around 9:00pm on a Saturday and it was WAY too packed. We had to park in the farthest space in the lot, there was barely enough room in the lobby to contain the line of 40 people for tickets, and then no one even asked me for my ticket at the two checkpoints. The theater was very crowded and there was a group of 10-15 high school/college age kids all around us that were laughing and making snarky comments about the movie.. which was not a comedy! This talking went on throughout the film. Someone next to us got up and left because of it. Finally the staff sent in what looked like a police officer to kick them out--too bad it was as the credits started rolling. We will not be returning! 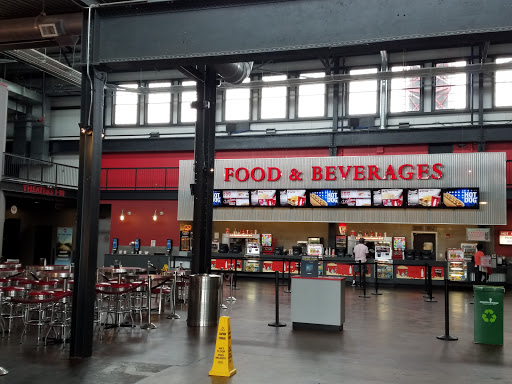 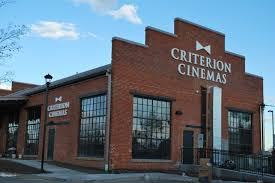 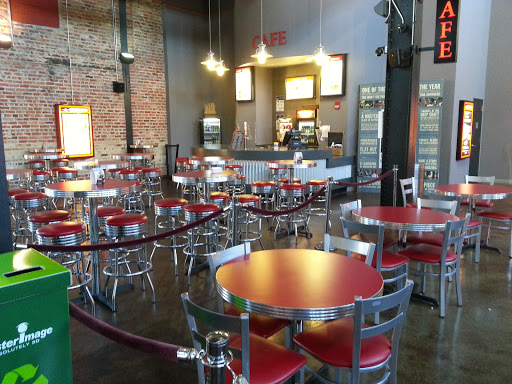 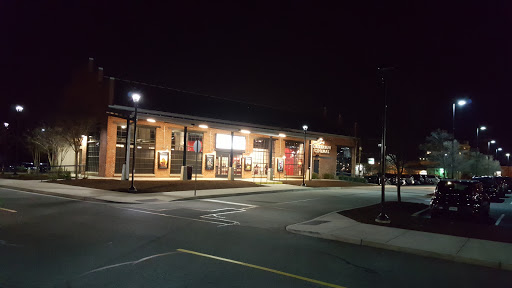 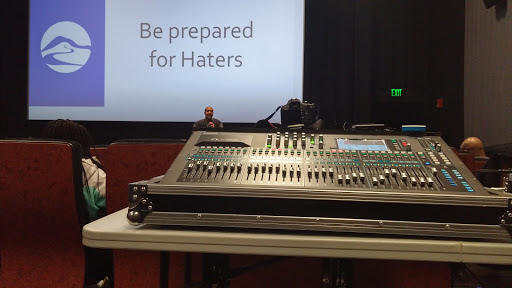 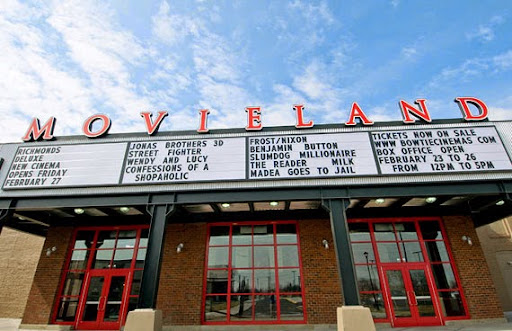 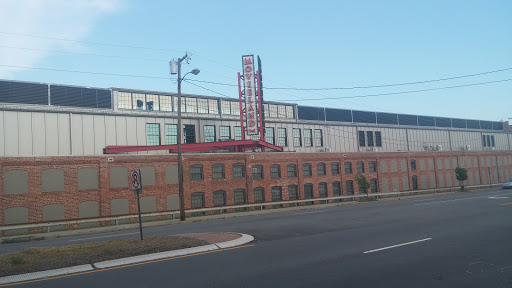 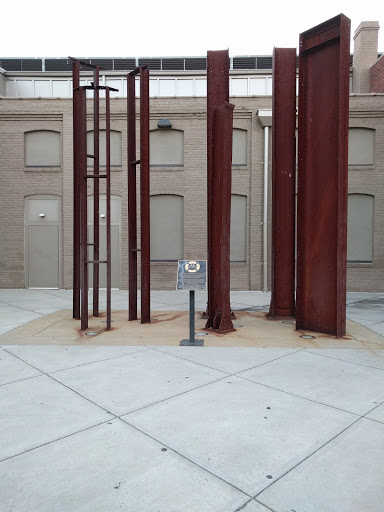 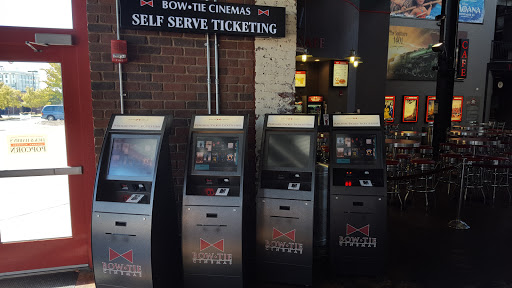 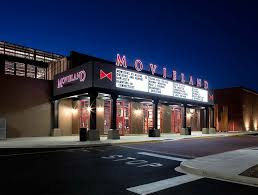 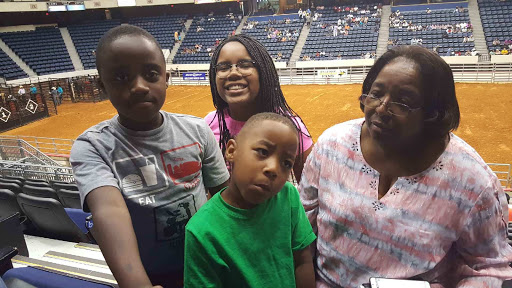 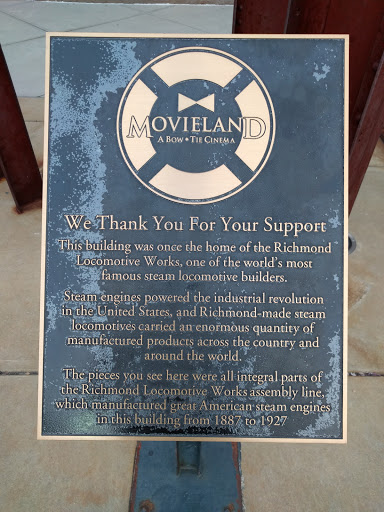 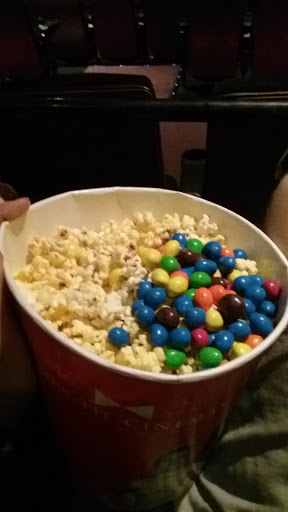 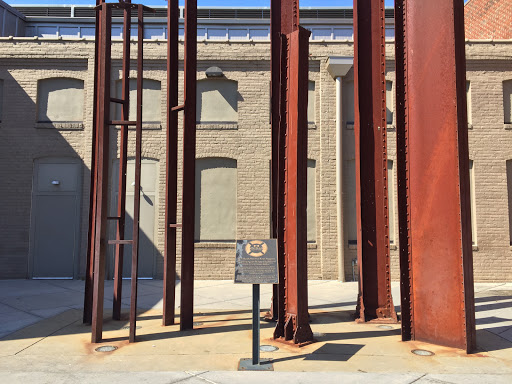 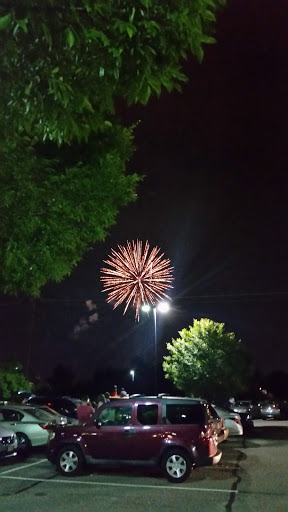 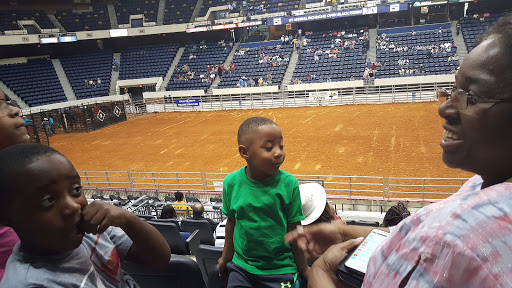 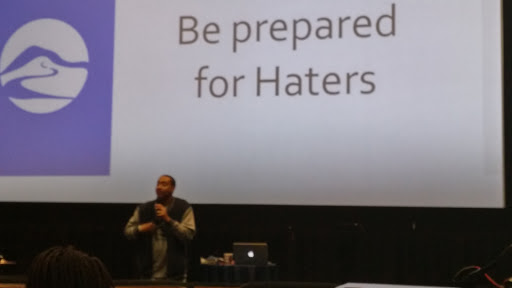 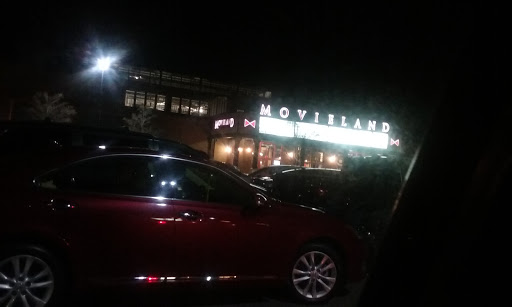