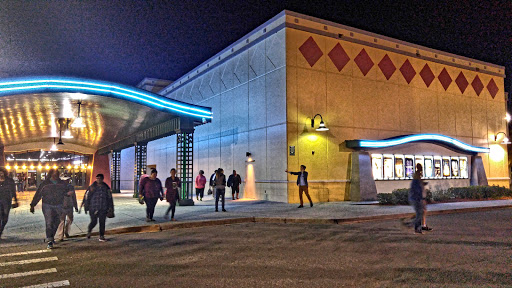 It was an ok, but strange experience. If not for Google Maps, I wouldnt have known there was a theater hidden off the street. No signage at the entrance to the parking lot. It was a Monday night, so I didnt expect a crowd, but there was hardly anyone inside, including staff. I think there was one person working the counter, and that was it. We ordered our tickets online so we picked them up ourselves. No one checked them at all. The ticket line is apparently also the concessions line, which is really weird. The screens indicating which theater your movie is playing in were misleading, and sent us the wrong direction. We sat through 25 minutes (no exaggeration) of commercials and previews after the stated movie start time. Then they began playing the wrong movie. A few people got up and told the staff, and after a short wait, an employee came in and told us there was good and bad news. Good news was that we could get a refund if didnt want to keep waiting. Bad news was that they were having trouble getting the right movie set up on the projector, and it would be another 10-15 minutes wait. If we opted to wait it out, we were still entitled to ask for a refund after the movie. So all told, we spent no money, got to finally see the movie we were there to see, and got home later than expected. Its well out of the way for me, so Im unlikely to return unless theres another limited release movie showing there again that I cant see somewhere else.

This theatre looks nice, especially since the renovations, but they need to seriously fix some major issues - 1) PLEASE turn up the volume on the movies!! When you go to a movie you want to be surrounded by the action/music and the screen. Its not all about how big the screen is!! 2) Speaking of the screen, the last 5+ movies weve gone to have all been WAY too dark. Again, this is a BIG deal! I dont know what the problem may be, but the movies are TOO DARK. 3) Turn the ambient theatre lighting DOWN! Its too bright! 4) The ticket prices have gone WAAAAAAY up, I suppose they are trying to pay for the renovations. I went to an AMC theatre in Tampa, a beautiful and clean facility, and I paid $5.45 for my ticket. I looked up the Royal Palm 20s ticket price for the exact same movie around the same time of day and it was $11.00! 5) Whats with all of the commercials? Again, I did not come to spend a ton of money to sit through 10+ minutes of commercials! We do go back to this theatre because its our closest one, and we are always hoping that the issue with the lighting and the sound was just a fluke or whatever. It just cant be a fluke when its happened so many times. I really do hope they try and remedy this because what is the point of going to a movie if you have to squint to see the screen, and have to strain your ears to try and hear the sound? And for almost double the price of other theatres......Its sad.

This theatre used to have major problems with mold, mildew and bad smells. I do mean BAD! There were honestly times that I had to leave because my asthma couldnt take it. BUT!... The last time we were there in December, 2014, EVERYTHING has been redone. There is a new foyer area and all new carpet, new wall coverings and new reclining seats in the whole place! There is a little bit of fading chemical smell from all the new carpet, but it finally smells fresh in there. Im still not particularly happy that you have to buy your tickets at the snack counter, but I can see how they view it as good business sense. The major drawback for the customer though is just standing behind those people ordering 70 zillion things so that you have to wait in line forever to get to the counter. Other than that, kudos for cleaning the place up and making it a lot more comfortable.

Just moved to bradenton and me and the family decided to visit this movie theather. We were not aware that they are using kiosk so we literally walked the whole front area before seeing the teenagers printing their tickets. There were 2 kiosk but only one was working.! We stood in line for roughly 20-25 minutes. After spending 5-10 minutes looking for the ticket desk that dont exist. Then to our luck when we finally reach the kiosk its runs out of paper. So I go over to the food desk to let someone know and wow I have never been dismissed so quick in my life.! Took them 5 min to come out with a roll of paper. (Which is understandable) by the time I try to purchase my ticket the movie we had our set on was gone. Meaning we missed it. So disappointed we all were. We left and and traveled to Sarasota to watch the same movie at a later time.

This theater rocks. If you live in Bradenton, do yourself a favor and go here. The others suck. Seriously. Im a movie buff. I like to get lost in films, be treated well by employees, and go to nice theaters with high quality sound, projectors and seats. This theater is all of those things and its large enough to ensure a variety of showtimes and that its not overcrowded. The only complaint I have is its distance from my house, but Ill gladly drive a few extra miles to see movies here. Last thing; its my wifes favorite as well and shes really picky about bathrooms and employees. Last, last thing: if you go often, drop the coin it takes to buy the annual popcorn bucket. Its good at all Carmike cinemas (St. Pete, Sarasota, Lakewood Ranch) and it pays for itself after you use it twice. :)

Firstly, I love the seats & leg space , though the kids behind me still managed to kick my seat throughout the entire film. In fact they totally spoilt it for a few of us as they kept talking all through the film, but I guess thats what 12-13 yr olds(I thought they had to be over 17 without an adult over 21) do at a scary movie (IT) even after being told by multiple to shut up . Also I really do think that was a film way to scary for about 4 year olds to see & there were a couple of them in there too WHO BEHAVED FAR BETTER THAN THE 13 year olds. All these rules seem weird when a 61 year old cannot get a glass of wine as I had no ID on me. I mean I have been told I look young for my age , but really under 21 , I dont think Im gonna take that one as a compliment

Last night i went to see Avitar at Carmike Royal Palm 20, and was quite upset with the service i recieved when i went to get a refill on my drink. I went to the counter had my lid off n ready..when the two girls behind the concession stand decide to keep talking to their friends. If them ignoing me wasnt bad enough, they were putting their hand right into the flavored popcorn and eating. I dont kno anyone that would like to know that the persons who touch your money the counters and more, are putting their hands rite in the food. More friends walked up and they proceeded to keep chatting. It was very poor service, which is very upsetting since this is the theater i prefer to go too...have to rethink that next time. 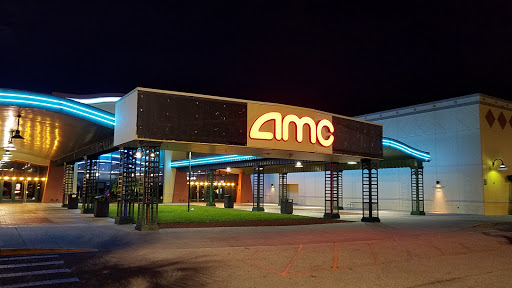 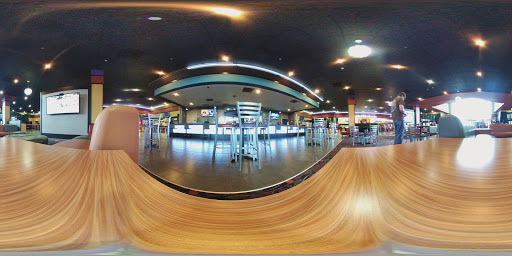 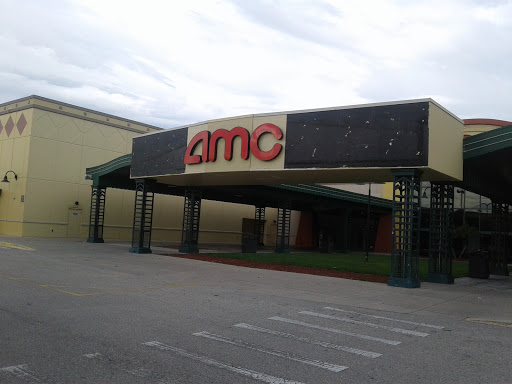 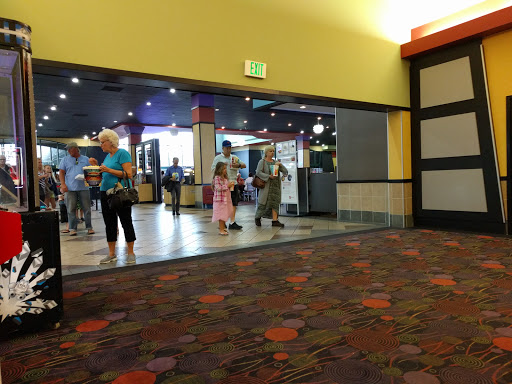 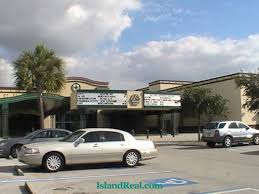 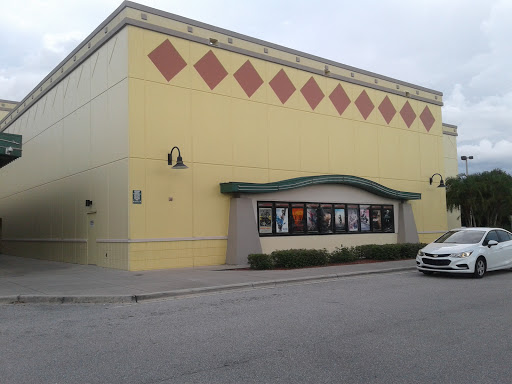 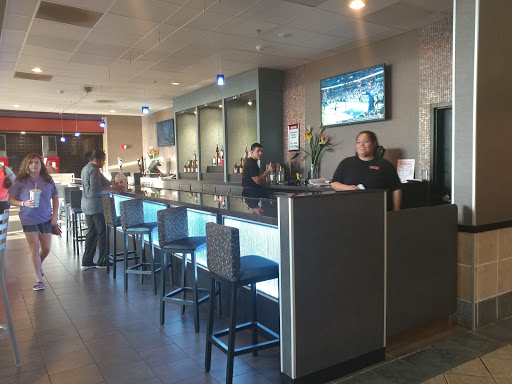 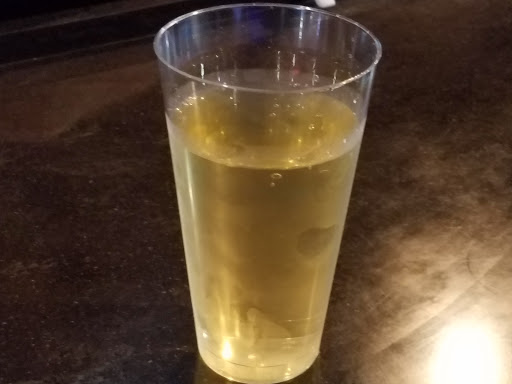 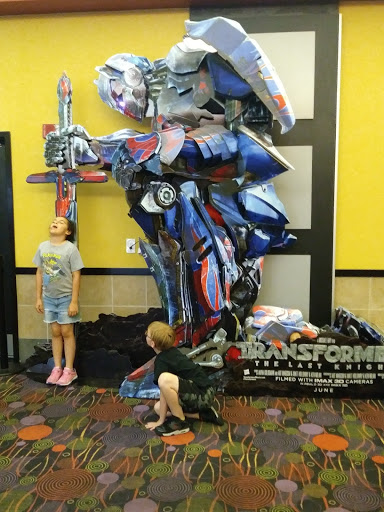 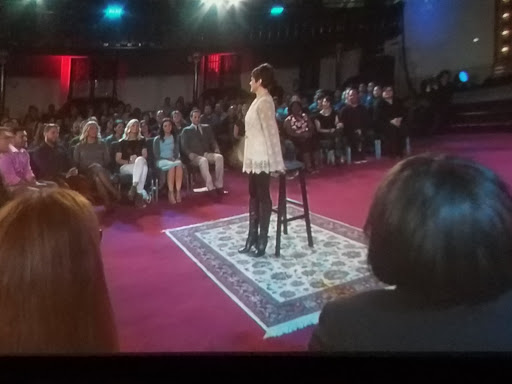 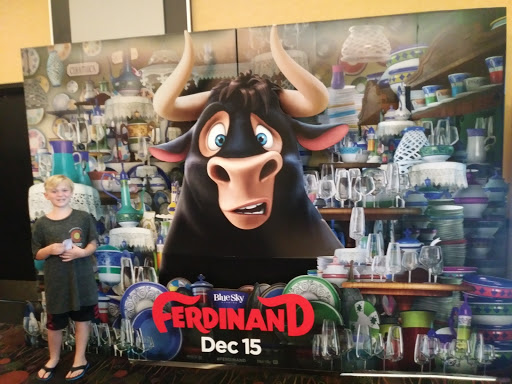 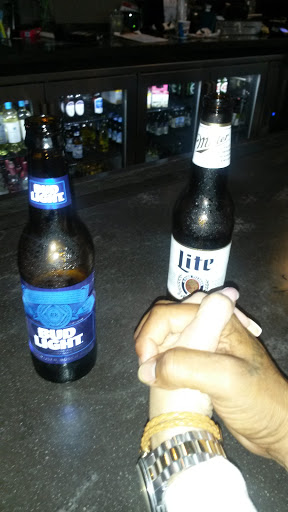 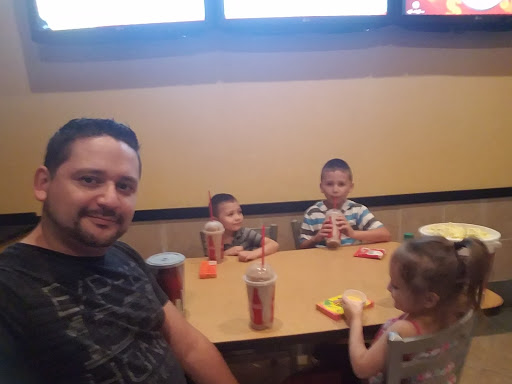 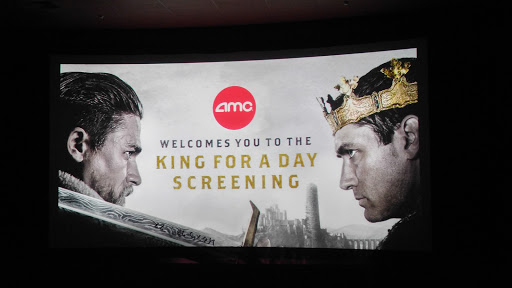 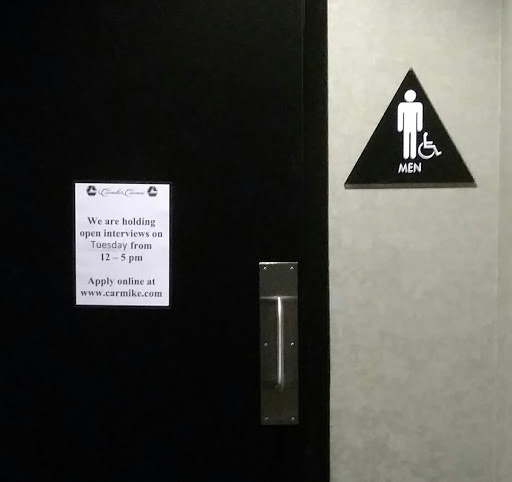 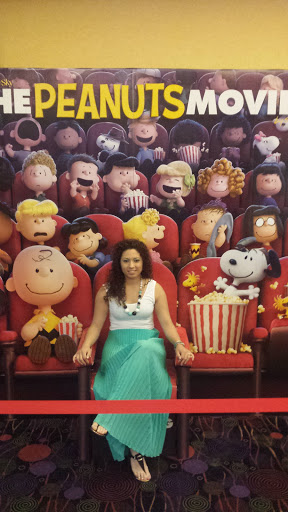