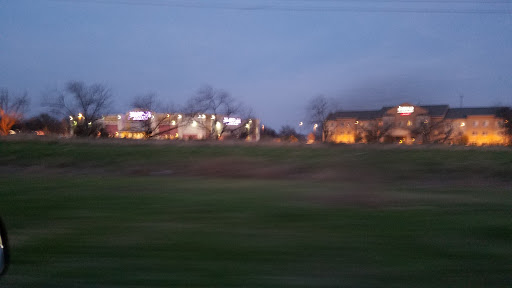 What Happened??? In just a few weeks of ownership AMC has total changed my feelings for this theater. We were SO excited when Starplex ORIGIONALLY came to town. We finally had a place for the kids to go without making the 20-30in drive to San Antonio. The theater was always clean and unlike most theaters they offered VERY reasonable ticket prices and concessions. Staff was always friendly and accommodating... always appearing to take pride in keeping the place tidy by sweeping up that last fallen kernel of popcorn. Starplex rewards were an added bonus to our almost weekly attendance. Fast forward to Jan 2016. I receive a welcoming e-mail announcing the AMC buyout with an attached FREE ticket. Great... lets go! Unfortunately upon arrival I soon realize this is not he same Starplex I had grown to love. Everything was in chaos. Kiosks not working, Listing screens not functional, food not ready in concessions, and overall the place was just a mess. Where did the friendly employees go? Why was there popcorn and trash scattered EVERYWHERE. Piles of boxes of cleaning supplies and old bathroom fixtures piled up along the walls... Even the previews were poorly sequenced with large time gaps. The place was just "sloppy". I hoping that AMC can get their act together... and soon. Boerne needs this place. Bring back the old Starplex staff and take pride in this theater. Well pay your higher prices, but deserve the Starplex experience we have grown accustomed to.

My wife and I attended a movie at Starplex Boerne last night, and we were assaulted constantly by two sets of parents who brought infants/toddlers. I never saw one of the children, but the other one was sitting just a few seats down, on thre same row we were on. They arrived after the movie started, then moved to the back row, where my wife and I always sit, after about 20 minutes. The toddler was allowed to roam back and forth along the row, gurgling and babbling, banging his sippy cup on the seat backs, occasionally screaming. It ruined our evening. I quit going to movies in theathers for many years because of this very problem. I started back after talking to the owner of my local theater, and was assured that children would be evicted immediately if they acted up. I am going to complain to the theater manager, and, depending on the reception I get, I will not darken the door of the place again. There are places where children, especially infants and toddlers, should not be allowed to go, among them, nice restaurants, theaters, and churches. If the parents of these kids dont have any consideration for the rest of the patrons in the place, then they should be banned. I shouldnt have to confront the parents, nor interrupt my enjoyment of the movie to go report the problem. I refuse to do business with such establishments.

Comfortable seats but Im a bit disappointed that they have 30.06 No Concealed Carry signs up again. They have No Open Carry signs and I can kind of understand the whole comfort level thing there with other folks. When they post No Concealed Carry, it strips those of us that believe in being able to defend ourselves against another potential Colorado Shooter from being defended. Nobody on the theaters staff can guarantee my safety nor will they promise to defend me in that kind of a situation. I alone am ultimately responsible for the defense of myself and my family. I have attended training, passed a background check, been fingerprinted and paid the state an additional tax in order to carry my defensive tools. Those of us who carry legally are the least likely people to cause a problem but the most likely to be able to defend ourselves and other in a true emergency. Will AMC pay for my hospital or death insurance if Im injured due to some lunatic that I could otherwise have defended myself from ?

This is a great little theater which saves me time from going into town, money from cost of tickets and concessions, and stress from huge crowds. One dollar hot dogs all the time. New releases. This is so much nicer than going into the crowded megatheaters in San Antonio and paying a lot more for a less enjoyable experience. And ignore Hunter Scotts one star rating. Its BS that he blames the theater for one customers poor behavior, especially if he didnt address it with management so they could do something at the time. I agree that crying infants need to be taken outside and kids need to behave or be taken out, but expecting a theater to "ban" children is just plain stupid. Theres "adults only" theaters at the Palladium if youre unwilling to get up and ask the management to address things that bother you.

What happened to our favorite movie theatre? This is definitely not the Starplex we knew. What a difference...even in employees...nobody knew where supplies were located and managers were verbalizing their frustration about being stuck at the booth. When another customer came to let staff know sound was on but picture wasnt showing his response was yeah, it does that but when the movie comes on the picture will come on too. We are so disappointed. From now on we will be making the drive to Kerrville or go to the Palladium at the rim. We would rather pay high prices than support a poorly run, dirty theatre. This was a wonderful addition to Boerne...until AMC took it over. Now its just as bad as the other AMCs. What a loss.

Staff was very nice nice and efficient that worked up front. I was very disappointed in how the theater has run down since AMC has taken over. There was popcorn and boxes scattered all down the hallway where you get to your movie. The seat in front of me was broken, the one to the side of me was broken, and my seat was broken. I had to move 3 times to get a good seat. Another one of the seats had a cut in it. I never saw any of this with Starplex management. If youre not going to take pride in the business you took over maybe you need to be out of this business. Trust me it does matter what a customer thinks. I work in customer service for 27 years I dont think this is a problem with staff. It is a problem with management.

I really enjoy this movie theater. I understand that it was recently bought out by AMC, and that causes a little bit of a lapse in training sometimes, but thats besides the point. I drive all the way from UTSA to come to this movie theater because its always chill, and the people are always friendly. It wasnt until I started coming to this location that I made the effort to pay to become an AMC Stubs member. The biggest difference that you will notice right off of the bat is the prices of the tickets. THEY ARE SO CHEAP! I pay $6.25 as a student. I believe the regular price is $8 or $9 for adults. Ill definitely be frequenting at this location more often