I was excited to be able to share a morning at Four Winds Casino with my cousin and some of her friends. She encouraged me to get into the Players Club, even though I didnt intend on being up there very often from Elkhart. We went to register and both of us heard several times..."We have a special going on, where you can play up to $400.00 virtually "free", because you will receive a check for up to that amount in the mail within 3 to 4 weeks." We asked several times if this was true and the man told us several times that I "would be paid back in the form of a check within a couple weeks". We also asked "why" and he said its one of their incentives to get people in to play. Generally I play $40.00 or $50.00 to play slots. Ive played in Las Vegas and Ive won several times playing slots, so I thought with that kind of "incentive" Id try an additional $300.00 and teach my cousin how to play video poker. Of course, we lost it instantly. And youre right, their slots are the tightest Ive ever experienced. I should have read these Google reviews in advance. I guess its the only way to pay for the high end furnishings and new Casino theyve opened up. There really wasnt a soul in the casino, so Im sure the word has gotten around about the tight slots and the "INCREDIBLY DEVIOUS SCAM" Four Winds Casino is passing off as their "INCENTIVE"?? I hadnt seen a check in the mail from them and decided to call, only to find out... they didnt know what I was talking about and almost called me a liar for telling them that we were assured that a check would be in the mail for the amount lost. Oh, but they did say its in the form of credit and I should have received a voucher. But, of course its not credit for the hotel or the shops... only for the casino. Talked to several people at the Casino to voice my concerns and they said in their "Industry", "checks" are the word for "vouchers"... and I guess I should have known that. They also said that their "people" are well practiced in what to say during these sale pitches... hence, now they are calling me a liar. I am now "out" $327.50... because of their scam. I have written several television stations and several newspapers to investigate their actions. Im usually very mindful of these so called "cant help but jump in" incentives and because my cousin heard the exact same thing as I did, I went ahead and did it. I would just like all of you to be dubious of Four Winds practices. Its a beautiful location, but at what price to the paying public are they creating this environment?

We visit four winds casino about twice a week and usually experience a good time. We went to timbers last night and the service was bad. The lady who took our order was polite and very sweet. We waited about 15 minutes for food, which was fine. The problem was they only bought our half the food for four people. They didnt say anything about the food that was missing until we asked. We were told it would be just a minute. 15 minutes later, we finally got the rest of the food. The order was on one ticket so I do not understand why you would only bring half the ticket. I went to fill up pop and was told by an employee I had to pay for my pop when I am in timbers. I thought that was rude and why is the pop 20 feet away from timbers free, but inside isnt? I spend enough money there to cover my pop costs...The food was good when we did finally get it. My biggest issue is how I witnessed another guest being treated. An older lady and her friend were sitting behind us and had the same issue we did. Her friends food was delivered and she waited over 30 minutes before her food came out. She had to ask a supervisor for it. The supervisor tried to act like the lady was lying about how long she was waiting and asked for her ticket so she could see the time. The lady was very angry and showed her that she had been waiting over 30 minutes for a hot dog. About 1 minute lady, a different lady throw the guests food onto the table and laughed at the customer for being mad. The guests food was cold and nothing was done about it. No other employee came back to the table for the rest of their visit to make sure she was okay. The customer service as terrible there and I apologized to guest for the service she received because I am in the service industry. I was embarrassed for the employees treatment of her. That would never happen where I am employed. On the other hand, four winds does send lots of gifts and free play, but it is very rare to win up I go to blue chip in Michigan city about as much as I go to four winds and I win at least once a week at blue chip. I cant remember the last time I won at four winds.

Four Winds Casino is the ABSOLUTE WORST Casino Ive been to by Far!!! I would of given NEGATIVE MINUS ----5 Stars but the Hotel is Decent!! Please be Mindful that EVERY CASINO is set up in the Houses Favor but you will NEVER WIN AT ALL at FOUR WINDS CASINO!!! The machines are ALWAYS SUPER TIGHT!!!! Im a Max Bet Player and you Rarely get a Bonus!!! Ive NEVER WON AND NEVER HIT a JACKPOT AT ALL!!! Travelling hundreds of miles to this Pathetic RIGGED Ridiculous Establishment!!! No one wins all the time but NO ONE should LOSE ALL THE TIME they visit a Casino Either!!!! Beware anyone thinking of Gambling at this SUPER TIGHT Stuffy Casino!!! The Workers Employees Walk pass you like they are better than you but PLEASE be mindful if it WASNT for ALL of us customers coming 2 your Casino you would NOT BE IN BUSINESS AT ALL!!! Everyone is paying for the Scenery at the Casino!!! Who really cares about the PETTY rewards they mail you after LOSING THOUSANDS OF dollars at this RIGGED HORRIBLE Casino!!!! Its NOT EVEN WORTH IT!!!! On that NOTE I will NEVER, NEVER, NEVER In LIFE Be going back 2 that HORRIBLE SCAM, HUSTLING, CASINO AT ALL!!!! Thank you!! To the Person from the Casino that Reply to all of the Reviews.... You can put a CRACK ROCK in your Pipe and smoke on it!!!!!! The Casino SHOULD REALLY CHANGE THE NAME TO FOUR LOSERS OR FOR LOSERS. Everyone gets the drift and Point....

The Four Winds Casino is the worst casino you could ever want to visit on a regular basis. It is a huge facility with overpriced rooms, horrible comps, and the ABSOLUTE TIGHTEST slots you will ever experience. My advice is stick to the table games where you stand at least a slim chance of winning. Unless you are naturally a lucky person, you will most likely leave completely broke playing their slots. Living only an hour away, we have been a regular customer of theirs for 4 years, and we have witnessed a slow, but sure decline at this money toilet. Instead of rewarding their regular customers, they instead insist on taking away from them. Our rewards, comps, promotions, and general treatment has decayed over time to the point of absurdity. Furthermore, we are also seeing that their slots continually lose their "communication" as well as get tighter and tighter. Anymore, when we ask for comps to eat at one of the resteraunts after dropping a bundle of money, we are told "sorry, cant do anything for you right now". Its like a slap in the face! They are very good at marketing (with all their gifts and $5.00 free play) that gets you in the door, but horrible at customer service after the fact! This is THE tightest place you will ever visit. Enter at your own risk. 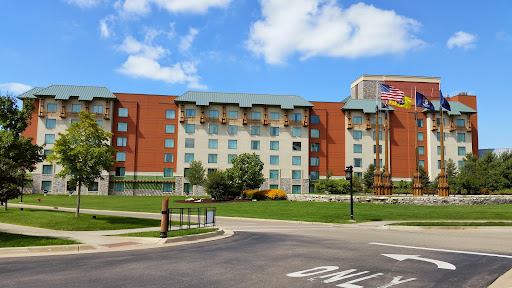 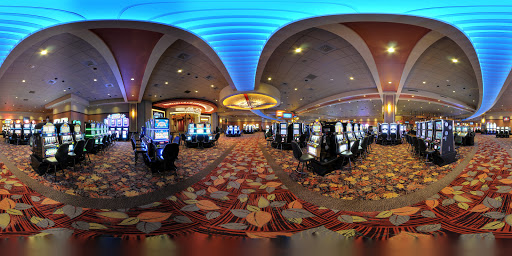 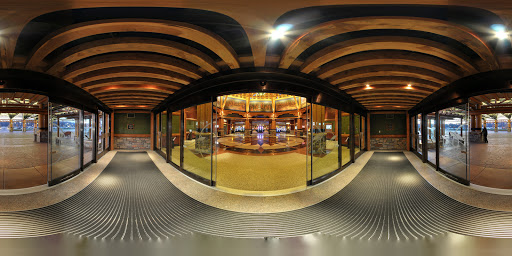 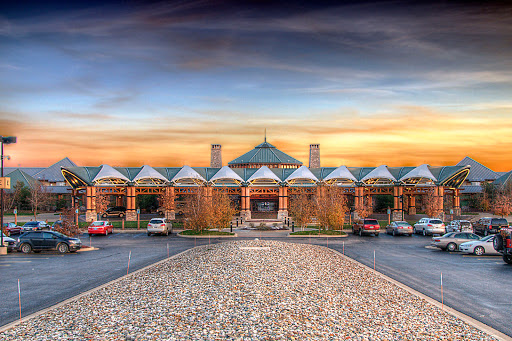 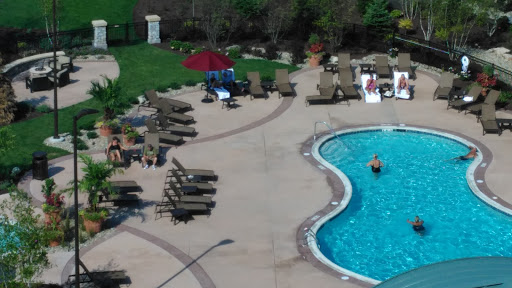 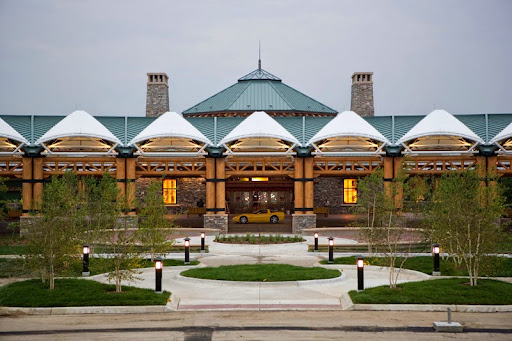 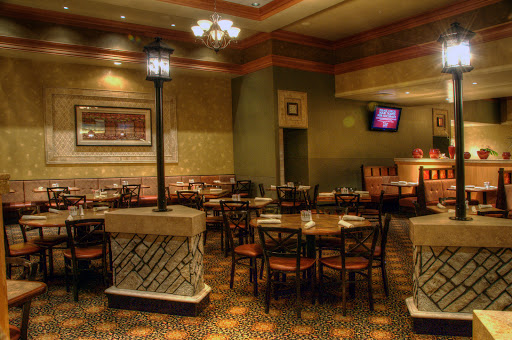 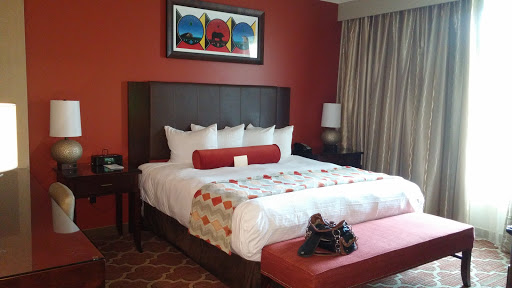 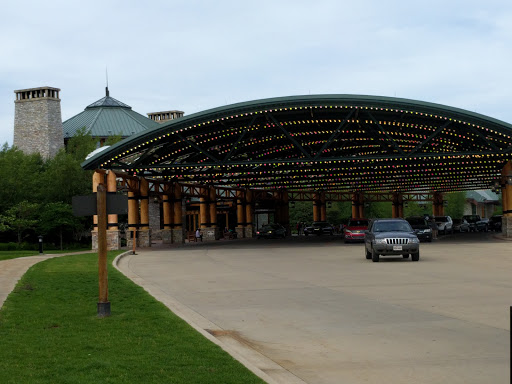 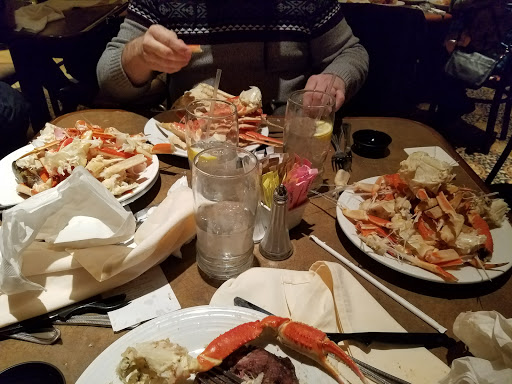 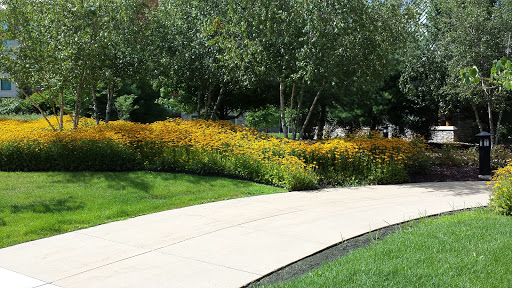 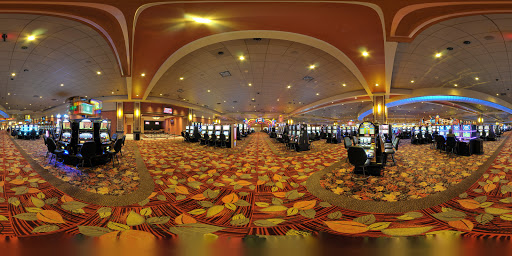 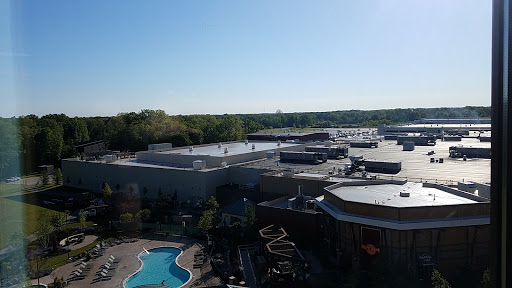 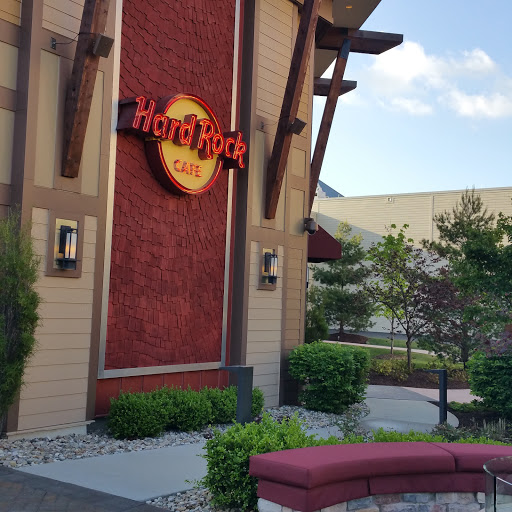 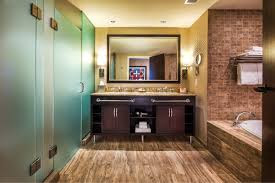 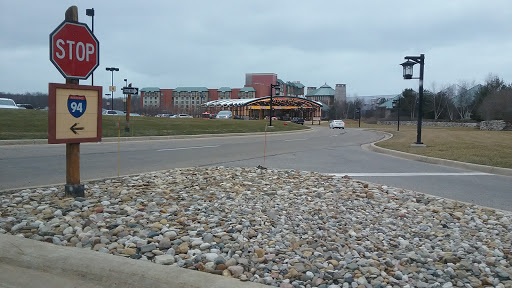 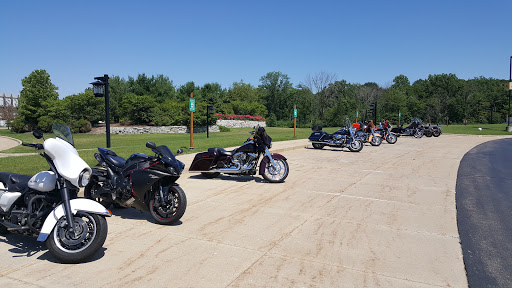 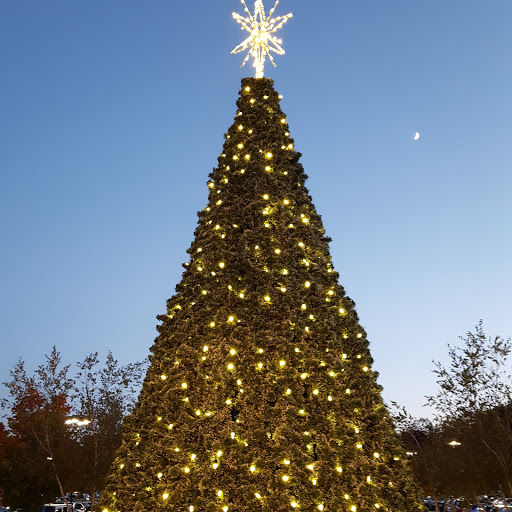 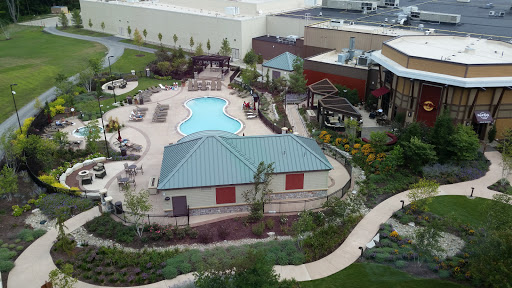