My husband and I have I raved about how much fun this place is to so many people but clearly weekend parties arent the best idea here. The only word to describe a party there on a Saturday evening is pure chaos! We had a party for our 5 year old son on a Saturday at 5 pm Jan 16. With 24 - 4 and 5 year olds it was really unsafe with the amount of people and the lack of direction from staff. The party host couldnt be found and would disappear in the break room. The facility had no direction for the kids on what to do. It was extremely overcrowded. It seems like there ratio of people allowed to jump at this time is too high. I stood at the front directing people to the party room and showed them what to do. I had to find plates, utensils, etc. They didnt even have pitchers for water for the kids. When I asked if there were carts to help bring in items from the car they told me we used to have them but there broken. It was clearly over packed. I truly couldnt even enjoy my sons party bc it not only was too crowded but I felt like I was trying to set up and run the party which is what I paid so much for them to do. Weve had parties now at skyzone and house of boom and I will say skyzone was much more organized for a party with little kids or in general. At skyzone you truly have a party host that directs your party from start to finish and they seem to regulate the crowd much better than house of boom with staff and jumpers. I wouldnt say we arent going to go back but I will not have another party here or be going on a saturday evening. If your comparing skyzone and house of boom for a weekend party I would have to say go to house of boom on a Saturday and check it out before booking and spending your money. Im not one to complain often so please look at others review of Saturdays.

I take my 4yo daughter every other Saturday to the 9am Kids Jump, since December of last year. We have a blast every time. Recently, I talked my brother into doing Megans Thursday night BOOM Fit class, it was really hard but we had a great time and are planning on going back for some more torture, and bringing friends! Ive read some of the other reviews, and I get why people say there is lack of guidance/oversight from the crew; they are very hands off, and they rarely blow their whistles when were there (9am). However, I feel this is probably because when we go, the parents are interacting with their toddlers/young children. This facility is not a day care. When you get out on the floor, youre told there is no running or double jumping, etc. So if your pre-teen gets hurt because they were running and fell, dont get mad at the staff; its only the parents fault. There are couches on the flight deck and plenty of standing room. Watch your own kids!

I have been here twice with my 3 year old. The first time a 16 year old girl did a back flip Into my child. Additionally there were a ton of kids over 10 in the under 6 area. I thought I would give it another chance during Disney hour on last Saturday morning Bc it was supposed to be for kids. Well 3 grown men in their upper 40s (no clue where their kids were), decided to race each other the length of the ten trampolines - when the guy got to the square my 3 year old was in he was ruthless and barreled right through her- she fell Into the padding and her neck and head snapped back hard. The guys wife ran over to help my child as did I. However the referees did nothing to control these middle aged morons who cared nothing about hurting kids. This place is a liability lawsuit waiting to happen waiver or not and I wont let my child be the first one paralyzed- never coming again.

The facility is nice and the boys had a great time for the little time they were allowed to jump. I just feel that the rule of after 9:00 only 15 and over is ridiculous considering the fact that it is supposed to be a fun place for kids to enjoy themselves in a clean, fun atmosphere! So why not let everyone jump during hours of operation. And Im sure were not the only ones who have driven an hour for fun only to be let down by being told at 8:40 that they could only jump until 9:00!! And then they turn the lights down for 15 and over and the younger ones have to leave! There were about 15-20 older kids there so plenty of room for the younger ones and not to mention the $$$ they are turning away. Why not keep it open for all ages at all times!!

House of Boom is a SUPER place to throw a party....all thanks to their employees!! Hannah our hostess was very attentive and helped us with party preparation and execution with a huge smile on her face! The party room was very large and had all the supplies we needed. Sarah at the front desk was very organized and answered every question I had. She was just lovely! And Portia was also very friendly over the phone and was eager to help. All three of them were just a pleasure to work with. The party was a HUGE success! I would recommend House of Boom to anyone wanting to throw a fun party with ZERO hassle. FIVE STARS!!!

This place was a FAIL. We have never been here before went on a Sat evening. Clearly that was a HUGE mistake ! As with other reviews it was SO unorganized, SO over crowded, no visible adults/workers no instruction/introductions as to where you can go or what you can do or even what was available to do. Clothes, shoes strung all over the floor. Paid $60 to jump, $20 for socks & were so irritated we left immediately. The kids even wanted to leave there was no where to sit, walk or jump. We will try another day/time maybe earlier in the day since weve already paid but if we had been given a refund we would not go back.

We have been a few times. The first couple of times were great. But we went to a bday party on a Saturday night and it was horrible. There were NO visible adults in charge, all young workers. It was so unorganized trying to check in to for the party. People (non-jumpers) sitting on the stuff the kids jump off of. No one watching the pits and kids were jumping before others could get out. Finally someone showed up to watch the pit area. But it didnt matter because he wouldnt say anything to any of the obnoxious rude kids. They need a lot more supervision. This place is an accident waiting to happen.

If you like to lay on the floor injured, while employees stare at you from across the room without helping, check this place out! The EMS told me they stop there regularly to pick up kids & adults. The orthopedic nurse said they get lots of business from house of boom. The doctor in the ER said they called it "The House Of Doom", because of the frequent injuries happening there. The best part is you get to sign away your rights at the door, be treated rudely by employees, and your kids can jump in an unsafe environment. Have Fun! 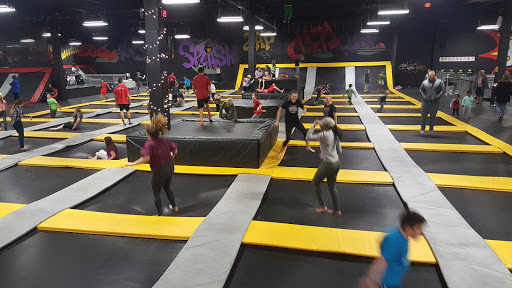 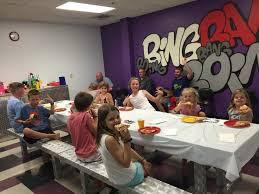 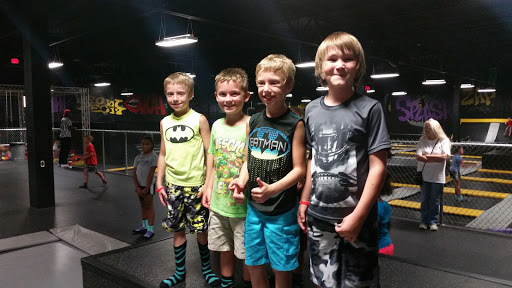 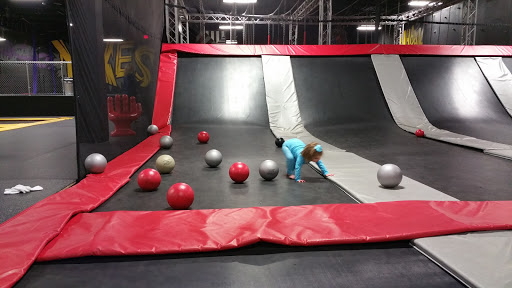 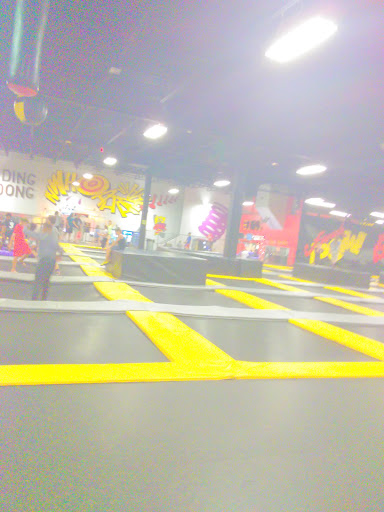 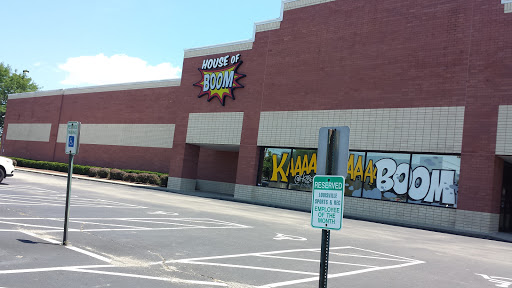 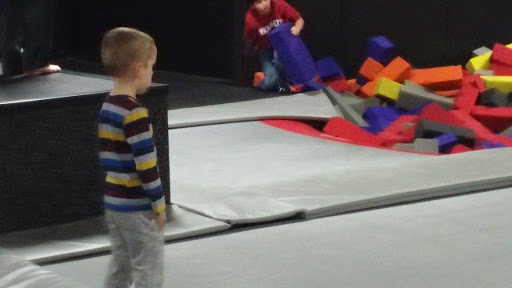