We loved this place the first time we went, and had actually planned to make Sunday bowling at Stars and Strikes an every week event to enjoy time with our family and friends. Week 2 was absolutely ruined to the point whether we ever return is debatable. Arriving around 11am the entire place was packed with birthday parties and families having tons of fun. After being told when we arrived that it would be 45 minutes for one lane or 90 min for 2, we opted for the one lane and hit the arcade. Still waiting an hour later we were told it would still be 30 minutes more, at least. We then opted to hit the restaurant for pizzas and snacks. After more than 90 min we finally had a lane, which we understood due to all the parties and families playing. Every single lane was a family with kids or a birthday party. We were all having fun as we began to bowl, especially all the kids (ranging 2-4 years). Then out of the blue we are approached by a manager telling us the family (with kids) sharing the lane area with us were complaining that our kids were preventing them from bowling (since our kids bowled using the ramp, etc), which wasnt only untrue but hypocritical as this family was bowling with kids and using a ramp as well. We spoke to another manager who apologized claiming the complaint was made based on false information. Even one of the complaining family members apologized to us for what happened and admitting the falsity of the complainer. This is beyond unacceptable for a place promoting themselves as a family friendly environment and on a day where EVERY LANE was being used by families and kids parties. While apologetic by the second manger the fact that we were even approached and singled out for letting our children bowl like every other child in the place is beyond unacceptable. If anything maybe the manager should have told the "complainer" that if he wanted to bowl in a non-kid packed environment AMF was across the street.

Was my girlfriends​ daughter 10th birthday so we asked her what she wanted to do and she said bowling and arcade games. So I thought, why not try the new location in Woodstock.. they offer a 2 game bowling for kids under 13. So I go there and register the kids then go to the desk and the kids bowling ends at 5pm. (Which is when most parents get off work)and no where did it state ends at 5pm. So I get all 5 of us shoes and a lane. We get hungry then I go to the bar and ask where do I go to order a pizza.. well after he walked by me (Sean) several times and looked me in the eyes and never tried to help I finally spoke up and interrupted him from Helping everyone else I finally ordered a pizza from him. Said he bring it out and come get our drink orders. 45min later someone brings the pizza out and sits it behind us and never even tells us! The tabe next to us had to let us know. Already getting frustrated I went back up to the bar to get plates, napkins and some drinks.. again, walking right by me not trying to help me at all looking at me.. so after 10 min standing at the bar with 1 person sitting there, another girl came up (Catie) and finally helped me. She could tell I was frustrated. Told her which lane I was in for the drinks then she says " oh well thats actually my section and im your server, sorry). This was the 1st time I seen her and I was almost there an hour. I get my check and leave the money. As soon as I get up to leave Sean finally come down there (1st time) to get my money. I got his name and he was very confrontational and said " whats the problem" so I told him I was very unhappy with his service and couldnt even stop to give me plates for 3 hungry kids. His response was " yeah well whatever, thanks for understanding". I was so frustrated I left not letting the kids play games and went to Cantons aracde to play game and we had a great time. I will NEVER go here again

Came here for my birthday with my family after having been here before a couple of times. Im writing this review because we had a very bad experience this time. The service for drinks and food was very slow. After having multiple beers between all 8 of us at our lane, we tried to go use the restroom. We were told that the bathrooms were closed(both of them)(men and womens). Management stood outside of the doors and told people to go across the street to use a local restaurants bathroom. I had some words with the manager and he seemed to think that it was perfectly acceptable to keep on business as usual while telling women and children to walk across a dark and cold parking lot to use another businesses facilities without even letting the business know . He was VERY unprofessional and rude and Im not even an entitled type of person. Im very reasonable and level headed. Never going here again.

If I could give it no starts I would. We went last night with my kid for pizza, bowling and fun.. we got none of that. The server "lost" our order add when we finally saw someone to ask about our pretzel bites she informed us that she gave them to the wrong table, our pizza finally came out cold and when we tried to get our refills we were told we "would have to wait." And then she beer came back. We ate our pizza without plates and wiped out hands on our jeans... Bowling was a three hour wait. And fun was us chasing servers, waiting to bowl and listening to my kid say how gross the pizza was. The arcade stuff was cool and it was packed so Im sure sometimes its decent.. I guess last night was an "off" night. We wont be back.. Brunswick zone will be where we go from now on.

Went here because I had a groupon and wanted to get my niece and nephew out the house WE HAD A BLAST the food was good the arcade and bumper cars were awesome my 6 yr old niece racked up on tickets my wife and sister in-law got just over tipsy;) and we will definitely be back they were visiting and although they live in a different state every time I talk to my niece she says the next time I come back to Georgia can we go to "that place again" youve started something but we all had fun so we dont mind spending money and in the summer they had a program for kids where they can go often if I had of known sooner we would have been up there probably 3 or 4 times a week thanks for the memories see ya soon

Chemlink hosted a corporate party at Stars and Strikes - Woodstock for all employees (approx. 32 people) and had an amazing time. The service (Larry, Kelly, Lexi and all others) were absolutely fantastic and were on point with all requests. We did the "Unlimited" Play with a lunch buffet and drink tickets for the bar. The food was delicious, def. recommend the mac n cheese, the bartender did not make us wait for a single drink and we got upgraded to the VIP bowling for free. I will be hosting future events at this location for personal and corporate functions. THANK YOU TO ALL THE STAFF AT STARS & STRIKES WHO MADE THIS A MEMORABLE PARTY FOR MY TEAM!! Christy Fabre 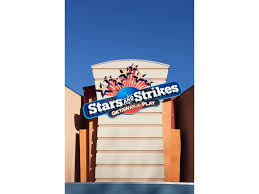 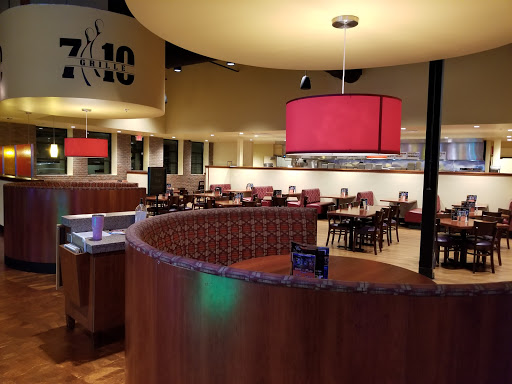 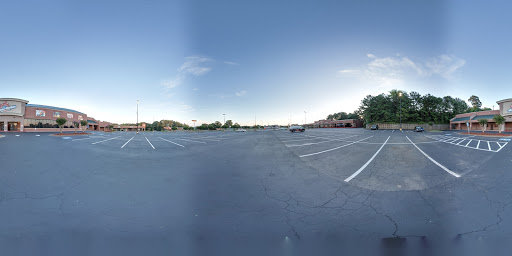 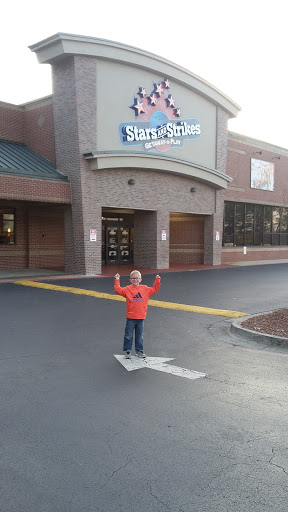 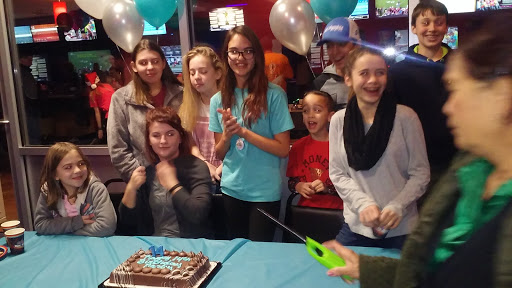 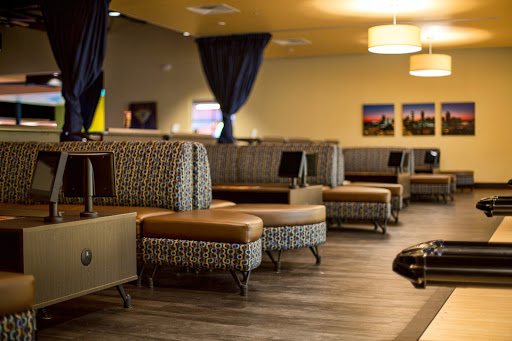 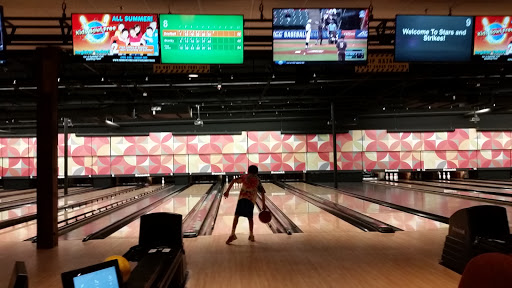 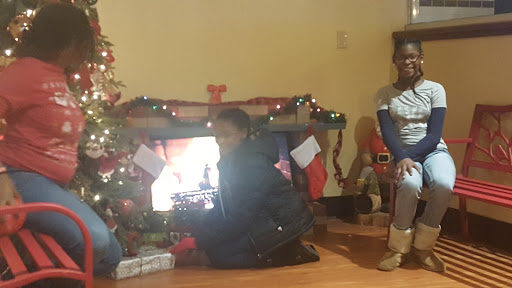 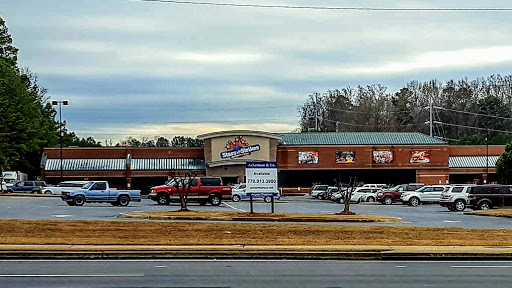 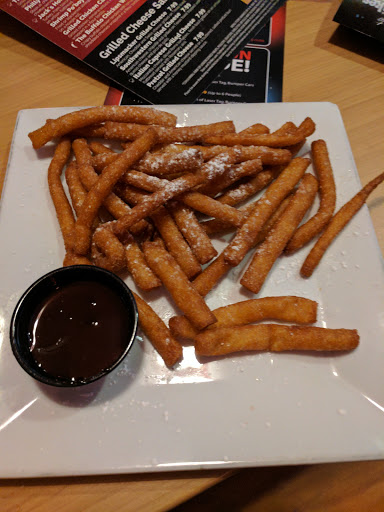 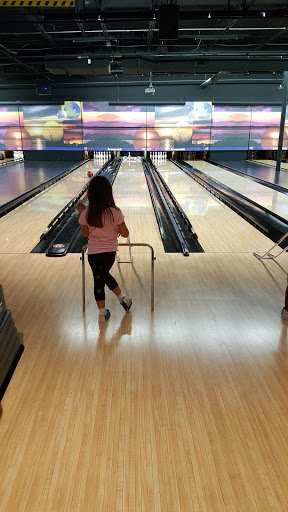 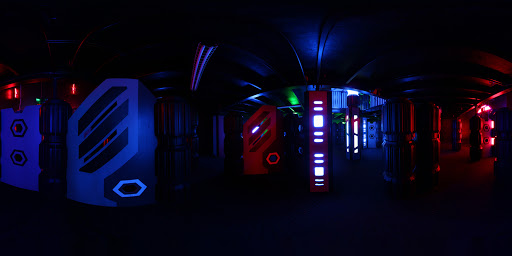 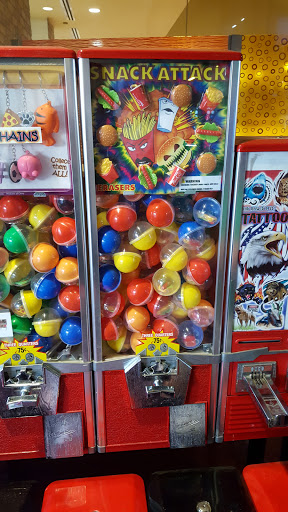 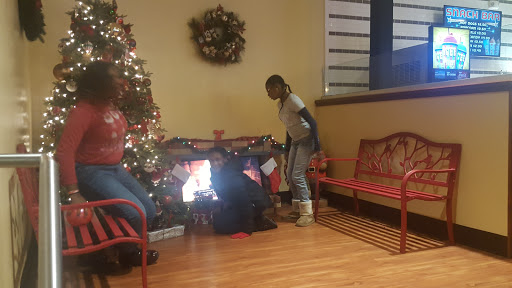 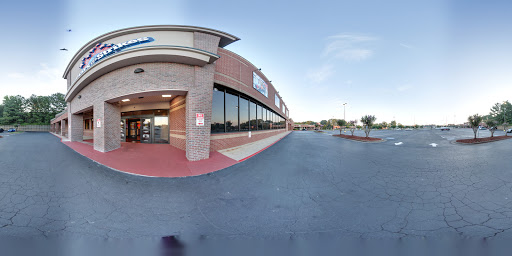 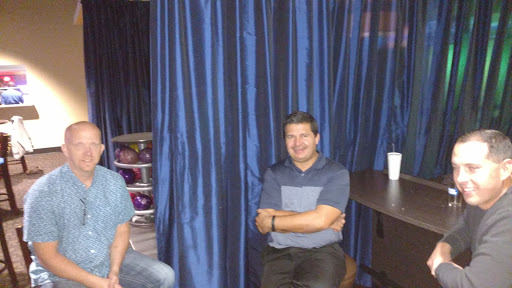 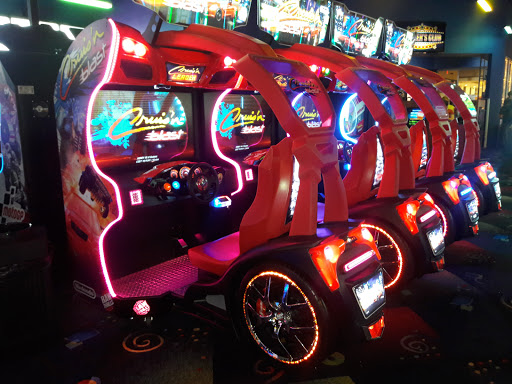 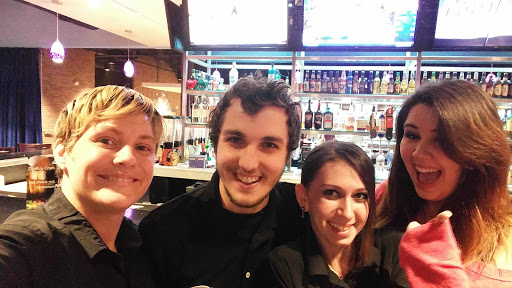 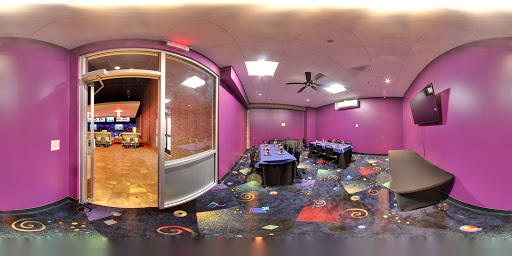