An excellent independent theater Part of the joy I get in traveling for business is that I get to dine and experience local establishments that are independent. Rarely do I find a movie house that is open for regular business and independent. The Satellite Cinema in Titusville, is an excellent example of an independent theater. Pricing is on par with the chains so don’t expect a break here. I caught an early matinee and paid seven dollars for the movie and five dollars for the medium Coke. It’s obvious that this place recently underwent a renovation as the carpet, walls and overall feel seems fresh and new, a stark contrast from the mall that it is located within. The traditional movie posters have been replaced with very cool computer monitors turned on their side showcasing not only a trailer of the movie but the poster as well. This is ingenious and technologically on par with where we should be in movie theaters. There is no obvious ticket stand you actually walk up the ramp and to the concession stand to purchase your movie tickets and snacks at the same time. I’m certain during busy hours this may be a bit tedious but I was literally the only person when I arrived. The rest of the lobby has some video games against one of the walls, along with a claw machine. None of the games looked all to modern and to be honest it probably would’ve been better for them to be gone rather than to be there as they sort of detracted from the “modern” feel of the rest of the place. I was in theater number four which was a small theater and which had a center aisle that was quite large. In fact it was so large I think it probably took up about three seats in width. I bring this up because I typically sit in the center of the movie theater and I try to also be in the center of the screen I could do neither in this particular theater which was a little unnerving for me initially. I also found that the slope of this particular theater was slightly less than it needed to be based on the new comfy seats that they now had. These seats have high backs and my 6 foot one frame fit quite nicely. I’m certain that they didn’t have much to work with but this might have been a case where they could have redesigned the room to have left and right aisles and push the seats together in order to be able to have center screen seats. The lighting located in the theater was quite pleasing. The theater features backlit stars on the wall which act as sconces. The overhead lighting was so pleasing I don’t even remember looking up to figure out what kind of light it was. This is a stark contrast to many theater chains which utilize large halide lights the kind you find in stadiums, which are obnoxious. When they dim the lights for the movies start, I found that the dimmed lights were perfect and non-interfering. The sound in this particular theater was clear and crisp. I was seeing an action movie and at no point did I ever have to strain to hear dialogue or wince when large explosions occurred. The picture was also bright and clear it seemed like it was digital. I’m not sure if this particular theater supports digital but if they don’t the film quality was excellent. Worthy of noting my medium Coke didn’t have that bad watered-down Coke taste that you might find in some of the chains as well. I don’t ever expected to be as good as McDonald’s Coke but it was decent nonetheless. Overall I’d have to say that this is an excellent theater worthy of any first-run movie watch as many of the popular movies will be in theaters one and two that do not have the weird center aisle problem that I experienced, at least as far as I could tell peeking my head in to the theater. In addition, because it’s not the chain it might not always be jampacked either, which would be great for some of the first runs. If you’re in town when you’re looking for some entertainment this is a good place to start.

Sorry. Not a good review today. Too few staff for the many daycare / summer camp invited kids. Long Wait times. Quality of popped corn was poor (IMHO). Trainee cashier was unsupervised and unable to process our $6.00 coupon in a fifteen minute wait. So, we paid full price. Finally got our receipt but then could not enter the theater #4 until the trainee cashier shut her register and came and cleaned..single handedly..#4. Got admitted and seated finally. Previews were not shown (yea) and the movie was started immediately. First time in that movie house in a long time. Staff was friendly but this was last time for us. Hope u do better.

The seats used to be at the same level, but they are obviously not anymore since those seats were removed years ago during the renovation. The sound system is very good and we were glad that it opened, so we dont have to drive across the causeway. I id notice that the popcorn and drinks did escalated in price, as well as the hot dogs, but if you go to Cinema world they charge $5.00 for a hot dog on a bun. This theater needs something different that will bring in the customers, like reduce concessions. Otherwise, it is a good neighborhood theater with first run movies.

Better then it was, with newer seats, as a professional that does 3D stereoscopic visual effects the quality for 3D is really not suited for their smaller screens and bright hallway spill lighting so I do not recommend seeing 3D stereoscopic at this location. Regular movies are okay this is a small theater and sound proofing isnt the best so if a loud movie is next door this is some what distracting. We get discounted tickets and popcorn via dealflicks and when we dont want to go out of town for a movie that makes for a good deal. It gets a 4-5 star rating that way.

Attended a movie tonight. I found the manager, who numerous times told me she was the manager, rude to me. I told her I was going to tell the owner. She said, go ahead he knows me. Really, I hope he knows you. I did not like the way she talk to me and to her employees in front of me. Apparently she talks to them that way outside of work. I expect you to act in a professional manner when I am with my family and you are behind the counter representing this company. I will not come back. There are other theaters I can go to.

I live near Waterford Lakes and come here when I have a Groupon. Its like going back in time to when I was a kid! I enjoy it very much and although it isnt in the best of shape, its really not that bad. I would recommend it for a cheap movie. My favorite part is there is usually 10 people at most in the movie. I find busy theaters have too many distractions.

I am very pleased they remodeled this theater. The food selection is very limited and pricy. I typically spend roughly $80.00 for a ticket, snack and drink for a family of four. I am not confident the firearms prohibited sign on the wall will deter criminals. In most cases it only keeps the honest citizen from having the ability to protect themselves. 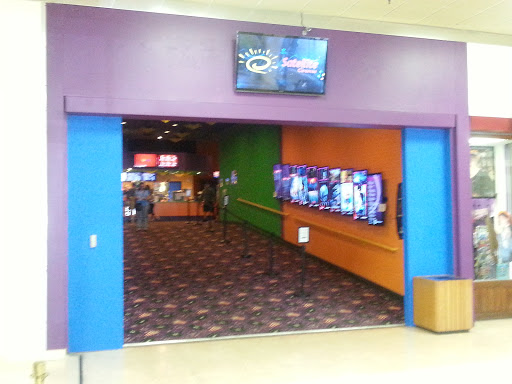 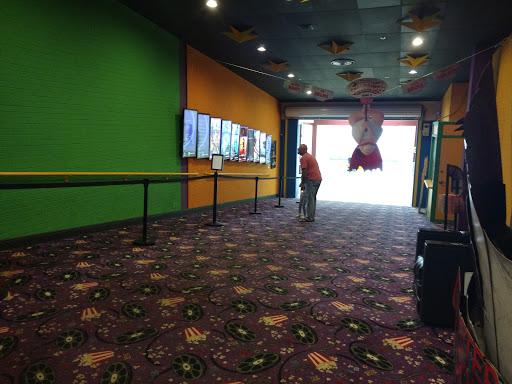 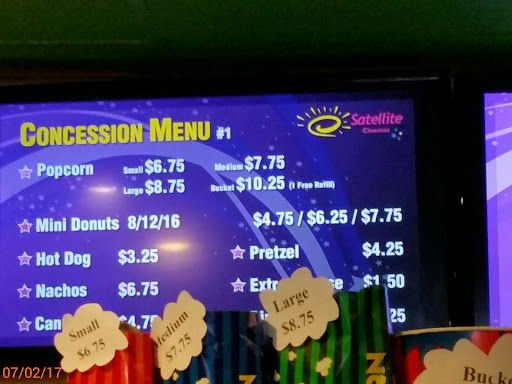 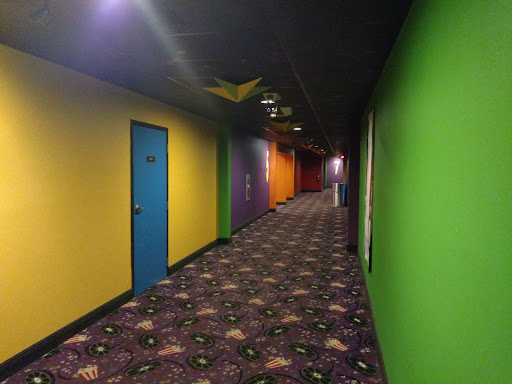 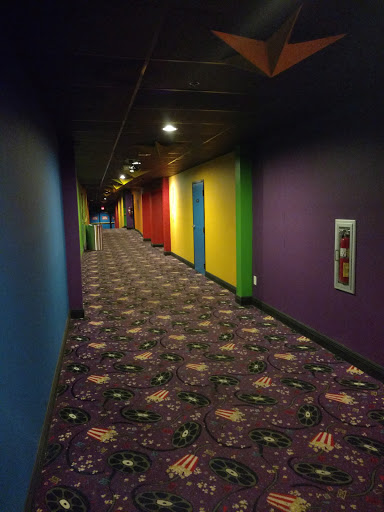 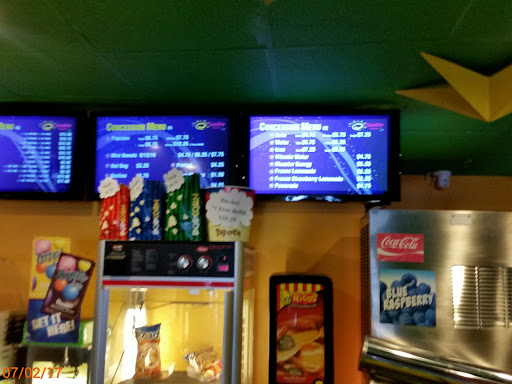 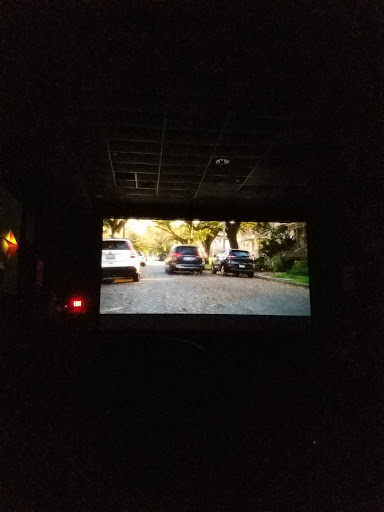 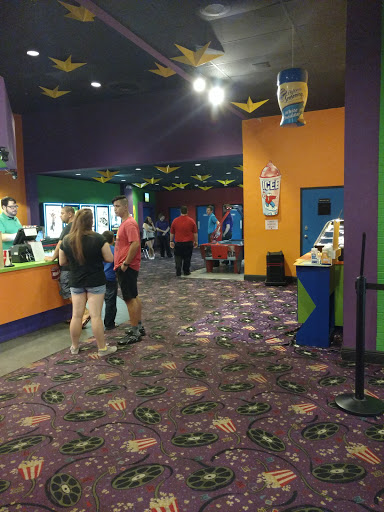