Ive always loved the layout of the course at Cove Cay. Its a challenging course that can reward you when you hit a good shot and punish you terribly with a bad one. It;s very scenic with lots of water bordering the fairways and on the approaches, plus it has several of those nasty sand traps that act just like magnets to a mishit shot. Its a challenging course. I LOVE the layout!!! I have not played this little gem for years, due to horrible course conditions and extremely rude personnel in the pro shop. It was a chore getting through 18 holes without shaking your head at the chewed up greens, nasty tee boxes and grassless fairways. WE had quit!!! We were DONE with Cove Cay. Fast forward to 03-01-2015. Most Golfers have a short memory and can be forgiving..so we tried the course again. New owners have taken over and poured their heart and soul into this course. The owners are both PGA professionals and have brought their efforts to Cove Cay. The efforts show in the condition of the course. Now...Im not saying that its in perfect condition..but its EXTREMELY playable. The tee boxes...although chewed up a bit by the hackers...are in good shape. They were level...and you could easily find a spot to get good footing. The fairways were in good shape. Not super lush...but still in good shape. The rough was...well..rough!! Very playable however!! There are a lot of pines on this course as well as oaks. If you visit the rough,,you might be hitting off pine straw or oak leaves as your base. But...when my buddy was complaining about it, I simply stated the obvious. "Its the rough! Hit it straight..and you wont have to B..ch and complain!" The greens were a little sandy...but here is the great part! The greens are fast and they roll true. The sandy APPEARANCE does NOT effect the roll of that ball. I love faster greens..and this course does NOT disappoint. At the turn at 9, we visited the restaurant for a dog and coke..and price was reasonable and the bartender was very pleasant and efficient. I will say...I think there is a corroboration with the cart girl and the black birds on that course. If you have ANY food on your cart..you better hide it..cuz those little ^&%$% will steal you blind! Do they make a shotgun that looks like a golf club? I want one! The big black bird is MINE next time I visit that course. I ate 1 cracker out of the package of 6!!! We finished up in good time. We were a twosome....following a 4some. We were never held up for more than a minute and pace was great. I had the opportunity of speaking with Pat Shriver after 18 and I can tell that she and her husband take great pride in that course and that they are trying hard to change the golfing publics old perceptions. I just want to say, that Im so so glad that the Shrivers have taken over and making such great strides in improving the courses condition. We WILL be back!! LOVED IT!!

What was horrible at Cove Cay on 5/25/14 was the condition of the course. I have very rarely been on a golf course in which the conditions were worse. Problems included: The fairways must not have sprinkler systems anymore because they are dirt paths with very little grass. The greens were about as bad as you could ever picture a green being. On the 1st hole and hole 16 they were covered in sand. Hole 2 had a temporary green that was nothing more than a hole in the ground. All the rest of the greens were actually brown and looked like in just a few days they would be covered with sand as well. The horrible service issue was the course not providing any water or other drinks all afternoon. The temperatures reached into the mid 90s the day I was there. Despite the heat they sent the drink cart woman home when we were making the turn. Not one hole on the back nine did the course provide water.Not only did this make the day very uncomfortable (thirsty) but it seems that this could be dangerous. By hole 16 I thought I was in the middle of an endurance test, and I was getting my ass kicked. Until Cove Cay starts advertising that they have removed most of the weeds on the course, that they have turned the greens from brown (or sand) into green grass, and until they have actual green grass for fairways they will not see me.

Awful. Covecay is in a free fall. The place is in terrible shape. Dont believe me chech the reviews on Golfnow. Those are pretty awful. Greens are the worst I have seen them in 15 years of playing there. There were no Rangers, so our round took FIVE HOURS AND TWENTY FIVE MINUTES. The group in front of us was slow, dressed in basketball shorts and tee shirts, drunk from being served by cart girl, and swearing constantly. We could not hit balls before the round, as the range was closed for a clinic. The starter, an old guy with a mustache was a rude angry old man ill suited for being a courses greeter. The new owners should worry less about painting the clubhouse and more about course conditions. Put some sand in the bunkers PLEASE. Chrt396 you must be good friends with the Shrivers. If you quit playing there because of conditions before, but you find it acceptable now I am baffled. As to changing the publics opinion, lol. Cove cay ratings are falling like a rock on every review board that exists. If this is what the new owners are looking for, count me out.

I have lived in Cove Cay for two and a half years. I played at the course two years ago before the Shivers arrived and I played two weeks ago and I have seen a huge improvement. The Shivers truly have a passion for doing everything they can to improve the golf experience. They even added a weekend golf clinic. There is a science to maintaining a golf course. This is not your backyard lawn; it will take time. This isnt Augusta National. What the Shivers need is support and encouragement not ridicule for a course they just took over. Considering the time they have had the club and course they have made considerable progress. I have not had one problem at the restaurant. EVERYONE has been great. No I wasnt paid to say all of this. Im just a resident who feels if the Shivers can do what Rick Perry did for the marina that this is going to be a premier place in the area not to mention property values going up. Would I like to see things like a Marshall, and cart paths repaired, yes but this will take time. Love the new golf carts.

Arrived for tee time an hour early to hit balls. Range was sufficient like you would find at a muni course. Went off early as the starter wanted us to get in front of members waiting to tee off. Which was nice (kinda) if you get there early enough. Which was not the case for some of our party whom had to go off cold. So, just know that tee times are at the mercy of members, which I hate. Either increase membership fees and keep it all to yourselves or open it to the public and respect the tee times. All the members like to drive their carts onto the green. They post their no cart signs 6 feet from the green so there are no aprons. 1 out of 4 greens had issues and a few of the fairways were just gone. Cart paths are cratered throughout. They should tear them out and put down crushed shell. Lots of potential in a great location. As it stands now Id play it again but only at a great rate. Had beers at the bar and had a good time. Great staff. 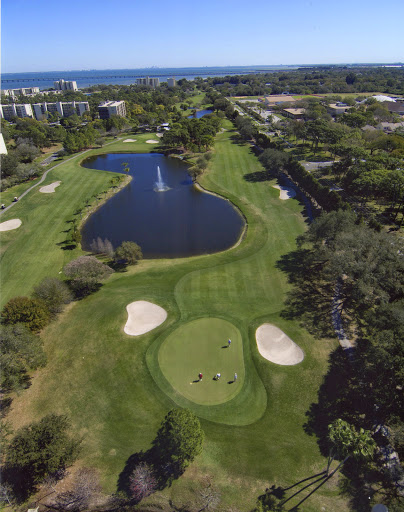 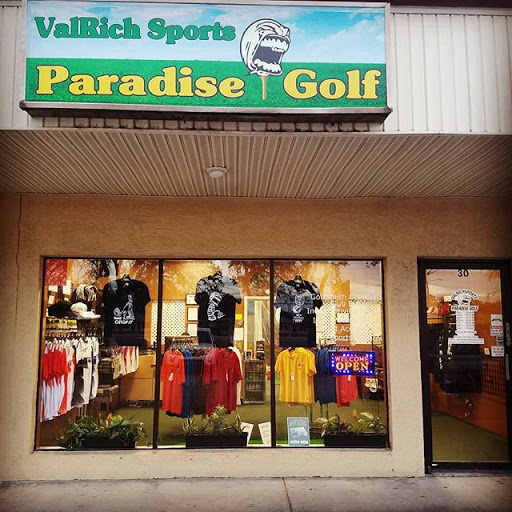 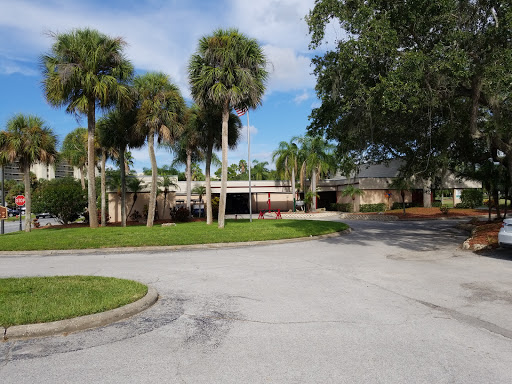 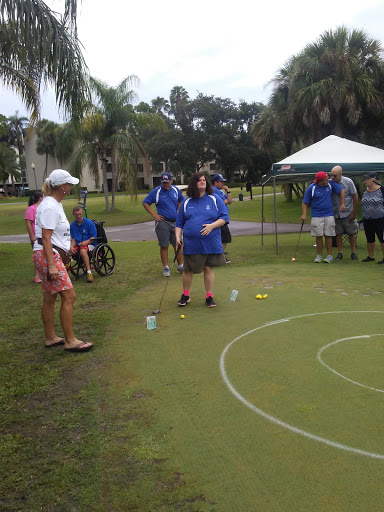 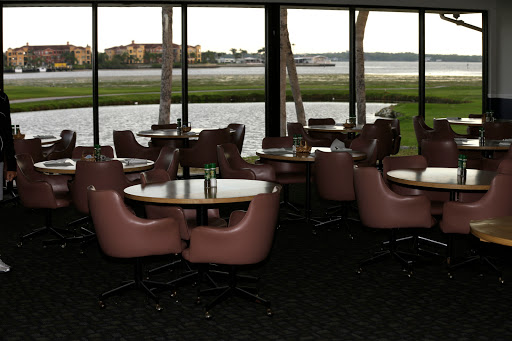 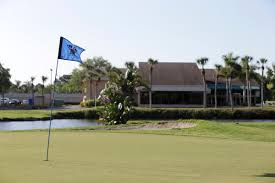 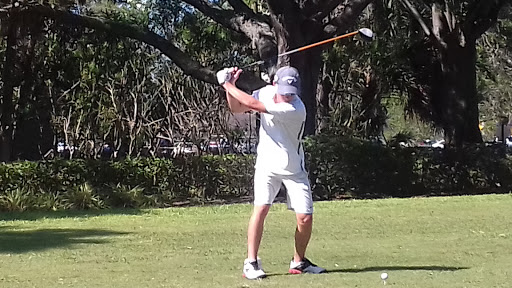 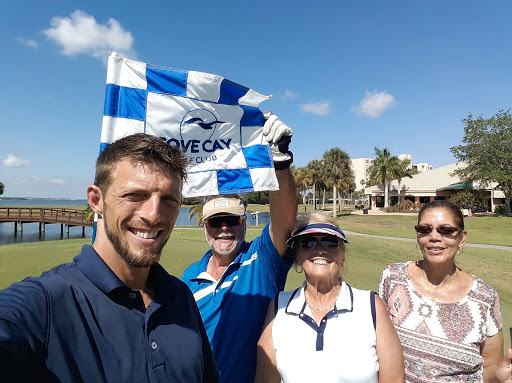 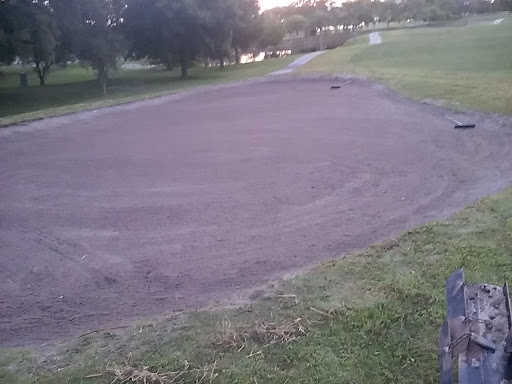 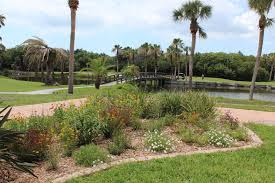 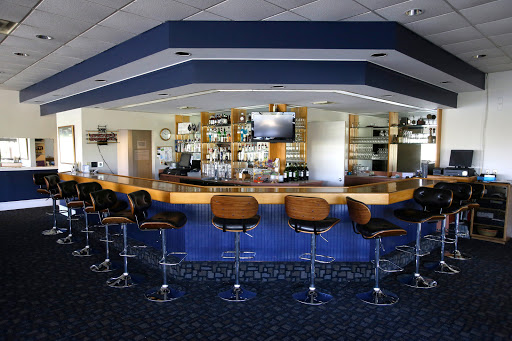 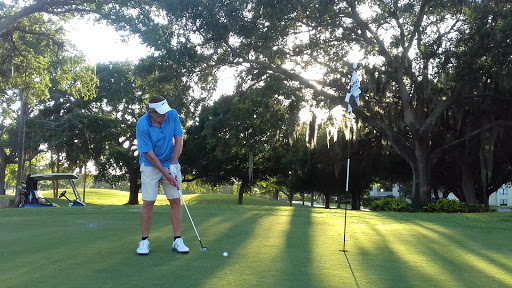 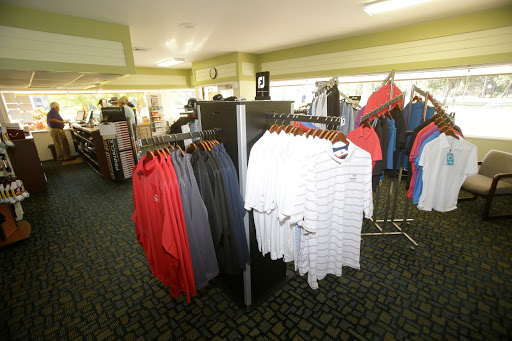 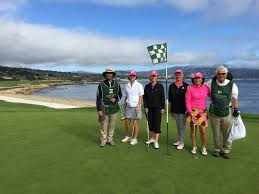 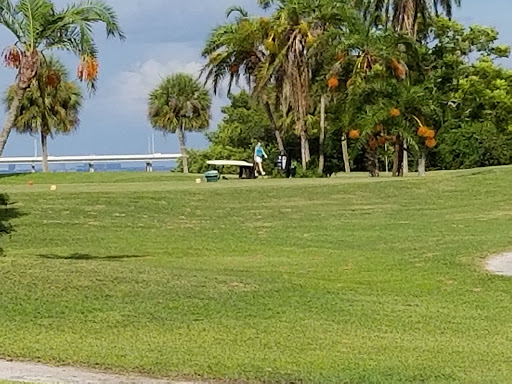 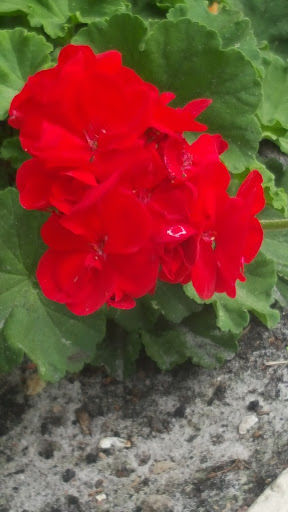