Not quite a "Vegas" style casino but not bad. I dont gamble. I noticed that they had plenty of room at the $10 blackjack table on a early Saturday evening. A LOT of slot machines. There is a bar with a fair selection of beers on tap that are inexpensive. Pretty smokey. There were portable, electric air cleaners but they didnt seem to be helping much. There are the usual scantily clad waitresses running around but they seemed less friendly than what you see at most casinos. They seemed more interested in talking to idle dealers than taking drink orders. Just an observation; didnt bother me. We were there for a concert in the Sapphire room, which is really a big tent. Its a rectangle with soft sides that gradually curve over to become the roof. It was just a little bit cool in the room - not bad. I thought it would warm up when all the bodies got inside but it didnt really - It was mid-November and probably got down to 50 outside. Sound was decent. They didnt crank up the sound too loudly. Im not a sound engineer so I cant say anything more than I was fine with it. The band, on the other hand, stopped playing during one song because they detected a problem I think with some feedback from one of the microphones. Never seen that before. It only happened once. It was over in ten minutes. Everyone seemed fine with it. No smoking in the room. Seating was slightly better chairs than what you would find at a typical business conference. Conference chairs are too narrow. The Sapphire room chairs were a little wider and more comfortable although I cant say exactly why other than the width. Theres room on the sides and center for people to dance and they block your view somewhat. There is a bar inside the room but only had two lame beers on tap. You can go out to the casino, though, to get a better selection and come back in. All in all, it was fine. Id go to another concert there.

6/5/13 TOO MUCH SECURITY This casino was soooo much nicer than we expected! We picked this over another one that came recommended, even though we were pretty sure the other local one was nearby and much nicer; long story but we mostly wanted to check up the less nice one. So we decided to go with the one that had four pictures on yelp (two of which are gross onion rings). The other casino has TONS of beautiful pictures!! Well, thats because the security here wont allow you to take pictures. Of anything. And they are everywhere! I asked if I could take a couple of the slots gaming room and one security guy said "no, they want everything (machines) kept secret", which is silly, because some people will go to a certain casino, just to play a specific game. I know that you cant take pictures of tables because you cant do that anywhere, but someone needs to call the marketing department at this casino and telll them to have an employee take some pictures or something. They must lose so much tourist/driving-thru business. The place was pretty empty for a holiday weekend. It was nice to not have to fight over the machines we wanted, and drink service was attentive (free hot chocolate!) But I think there were more security than players. It just felt like they were breathing down my neck. And I promise Im not trying to cheat on the penny slots, just have a good time. It made it hard to have fun when youre being watched constantly from someone so close by. We would definitely check out the other nearby casino if we were back in town, but this one really surprised us with how nice it was, so dont let the lack of yelp pictures scare you off. You do have to pay for your beer though - no complimentary drinks while gambling.

Dont get me wrong with the rating: THE FOOD WAS AMAZING at the upper end option. We only ate there so we dont know what the other 2 would have had to offer. The Hotel was WAY OVER PRICED for what we got. We paid 118$(for one night) after the taxes, fees and that was WITH THE DISCOUNT of membership. No fridge, microwave and people were smoking something funny on the floor we were on. The Casino itself was not the best by no means. It was clean and they had lots of options but not the particular game I was looking for. We used our comp $$, lost it and went back up to the room to use their wi-fi and watch TV. The bathroom was roomy which was nice for a change. The coffee pot leaked all over the counter and I told them about it at our checkout. We received a free local news paper at our door that morning which was a neat surprise but didnt balance out the money we spent for the room... Wont be going back unless we stop for the food and really fresh sushi!

Passing by I decided to drop in and have a look around. This visit was relatively early in the day so there was no performances. The gaming floor was made up of 2 larger​ rooms and a very small side room. The first room was video slots around a corral of gaming tables. The second room was all video slots and off to one side was the classic win this car podium. The third smaller room was no larger than a typical movie theater arcade and was dedicated to high roller video slots. All in all I was untempted by the gaming. I considered a meal but the prices were suprisingly high for a casino. The promotional value at the time was a brunch for $15.95 , not a terrible price for a buffet but not the kind of value Id expect from a casino. All in all I was unimpressed. I might go back for a performance, like if they had a comedian I recognize but I wouldnt bother stopping by for any other reason, even if I found myself outside again.

My wife and I had a bad experience with a cash cage employee at Blue Lake casino on August 19th. I asked to talk to a supervisor and had the pleasure of speaking with Bonnie the cash cage supervisor. She was very nice and listened to our complaint without being defensive or raising objections to our ill feelings about poor customer service we believe we had received by one of her employees. She said she would be talking with the employee to make sure only positive customer service would be a part of the Blue Lake staff, but she even offered to provide us dinner at their great steakhouse. The only thing that mattered most to me was the fact that Bonnie listened open with an open mind and offered a sincere apology. In our book people like Bonnie make the world a better place. We will be returning to play and stay at Blue Lake because of her.

The main dining was closed. Was forced to eat at the Lilly pad, worst dining experience in a long time. No other customers but all the tables were filthy. Had to clean them ourselves while the staffed watched. The food was horrible. They had free drinks, but no lemon for the iced tea. Ordered three Hawaiian burgers and had to ask for the top portion of the bun because they forgot. Ordered two tacos with Mexican rice. Thought they would be beef, ended up with chicken. Was not specified on menu. Attempted to get salsa for tacos and was told it would be extra. Between the greasy chicken tacos, filthy dining area, and oblivious and lazy staff I will never return. 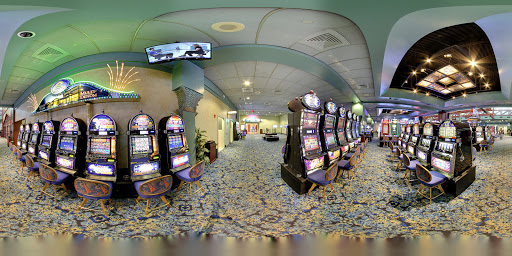 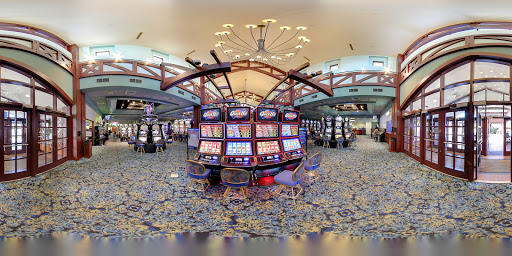 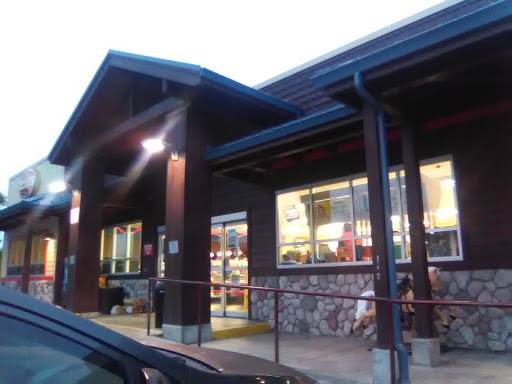 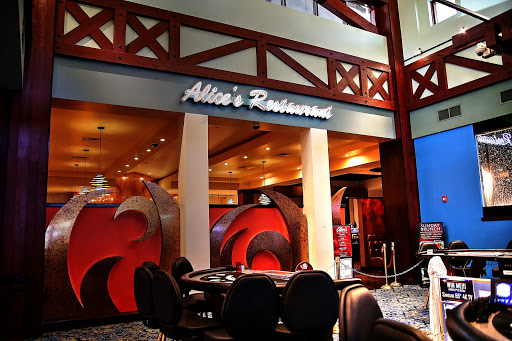 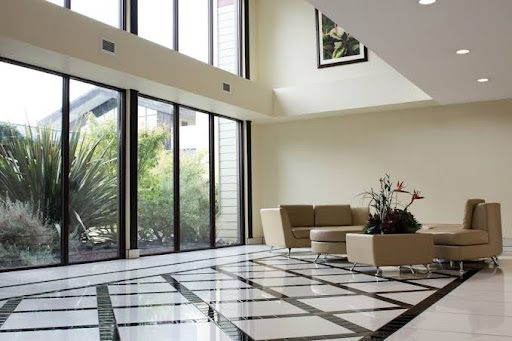 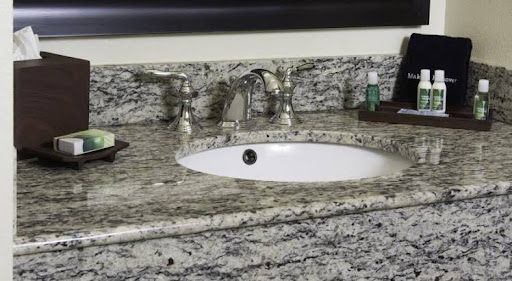 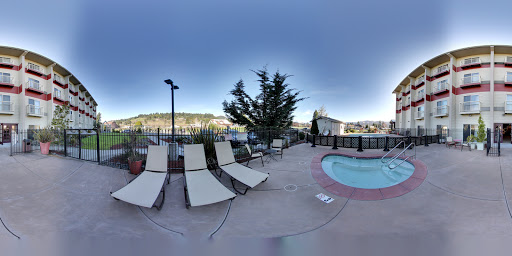 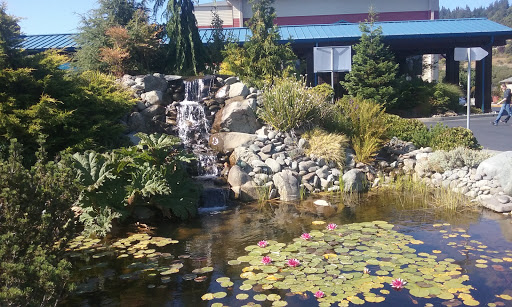 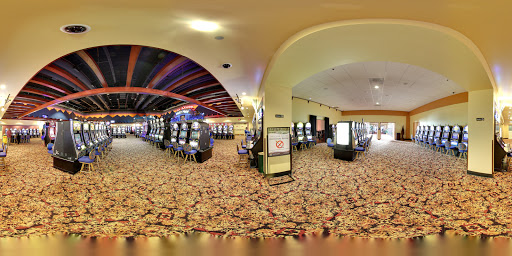 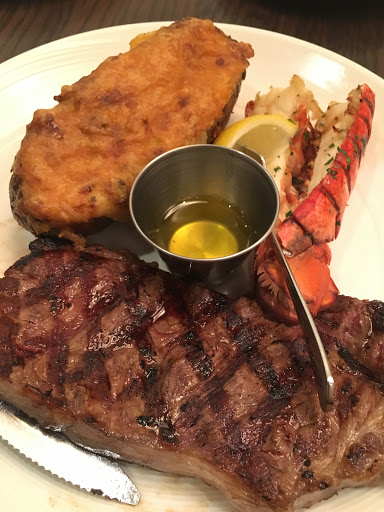 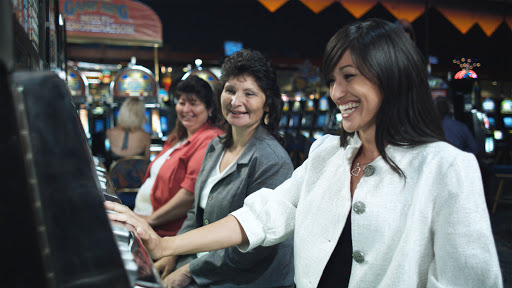 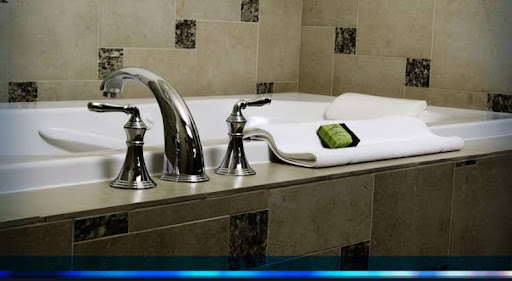 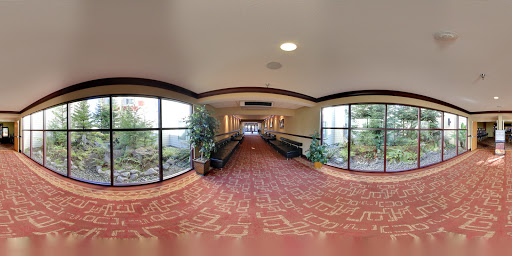 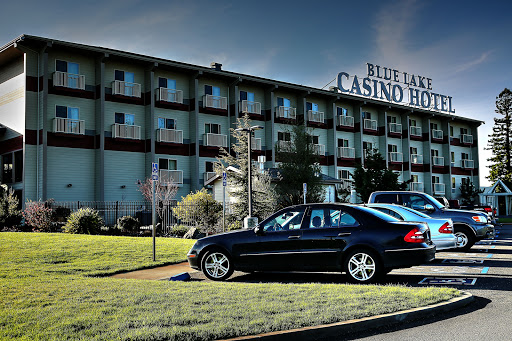 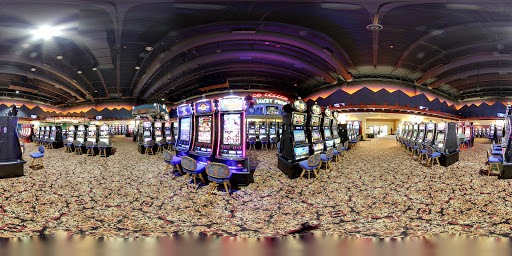 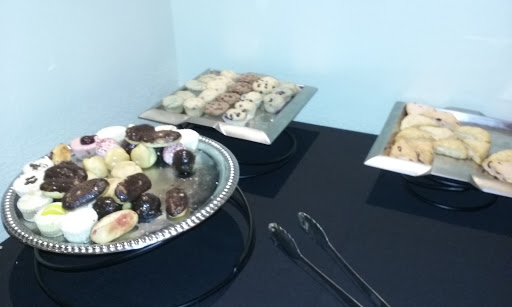 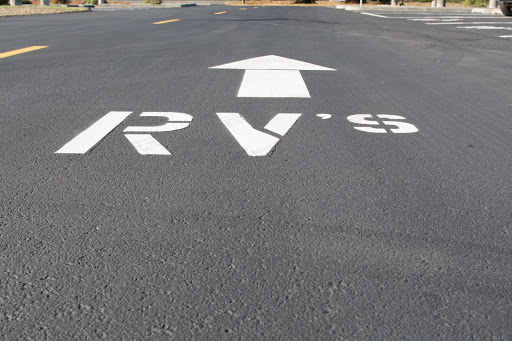 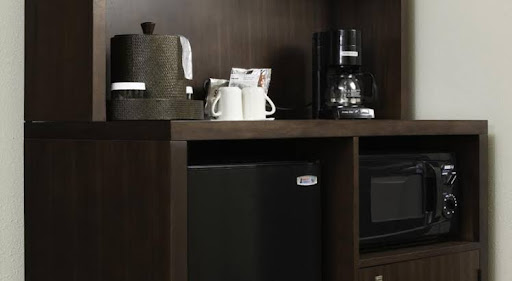 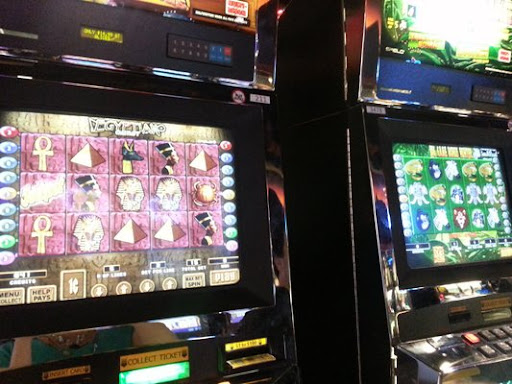 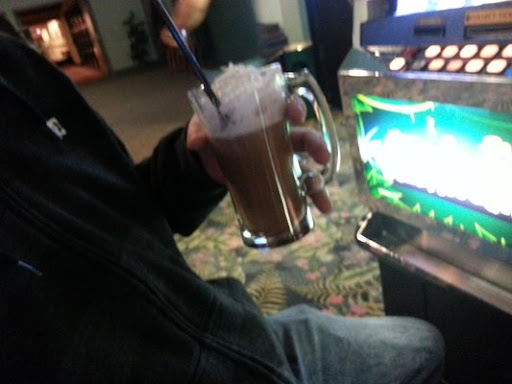