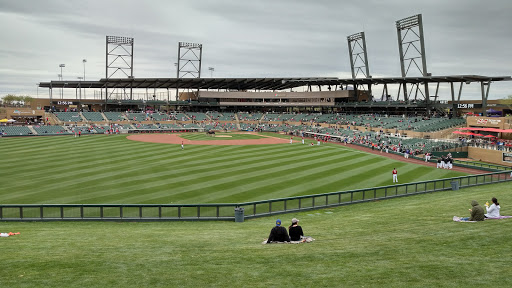 4/24/13 Blue Coyote Restaurant Sir, ________________________________________________________________________________________________ REVIEW OF BLUE COYOTE My review is negative You would expect a negative review to jump right in and start with the facility providing service. But I must tell you that the environment surrounding the pathetic Blue Coyote Restaurant located in Arizonas Talking Stick Casino gives the appearance that the entire operation is run by Mafia enforcers. (No. Im not exaggerating for effect.) . Ive been to thousands of Casinos. While Talking Stick seems meticulously honest, Im nonetheless reminded of the good (and not so good) old days and the scary, sometimes deadly off-strip Casinos in Vegas and Reno. . " The Blue Coyote Restaurant" in my opinion reenforces Talking Sticks Casinos ghetto and Mafioso image--in spades! (Pun intended) The dining area is located about 30--very dark-- yards from the Restaurants entrance--which is on the lowest floor The ""concierge"" (double quotes) escorts patrons to tables. In my case, I was relieved when I saw her throw the menu on the table of another guest She missed. It landed on a chair. I was relieved because I thought I was to blame for the callous and near rude manner in which I was seated. Servers were standing around conversing with each other or with "special" guests. My table was totally ignored. Finally, from somewhere an elderly man appeared and took my order. Was he new? He didnt seem able to figure out which door was which? My instinct was to help him. :D I ordered red wine. The house wine was so bad that I had a gag reflex and couldnt help but regurgitate the sweetened red liquid. Kerosene shouldnt taste so bad. The servers, those who had been standing around and talking, didnt seem to notice--nor care. Finally the old man appeared--again. (With food) I asked for the bill. He apologized and took the wine off the bill, but charged me for food which I couldnt eat. As I was leaving an attractive, probably newly wed, African American couple was seated. (same concierge, same rudeness, same servers standing around conversing . . .) Significantly, the same elderly gentleman was hustled in from the bowels of the restaurant and began taking their order. I felt so very, very sorry for that young couple.

This was a complete waste of time for my entire family. When we arrived at the people assisting with parking were not helpfu. My wife has a handicapped decal hanging from the mirror, and they sent us around the entire place to find parking. One parking assistent said near the passed the stop light, and one parking assistent said something else. The parking signs showing handicapped parking sent us around the entire parameter and back again, only to wait in a long line. The cost was $30.00 dollars, and the advertisement said 2,000 lbs of candy. When my children went to get candy they had ran out. Those areas that still had candy, one piece (very stingy). The funny thing is we were invited by a friend of my sons to a holloween festival organized by a church. The entire event was free, cotton candy, snow cones pop corn free. The only thing that cost was chicken sandwich, water, chips, and apple slices sold for $5.00. They were very generous with the candy for the children and well organized parking included. It is funny how things work out, wont be returning to the holloween event Spooktakular at Salt River Fields at Talking Stick.

I went to see the As play the DBacks yesterday. Remembering that this is a Spring Training facility, I thought it was a pretty nice experience. The park was a lot of parking and valet parkt seems to be very popular. Food was pretty good, but the rules for taking items from home in are VERY different from Chase Field. Two bottles of water only. The field itself is similar to Chase, buy the infield foul area is narrower. I only had one beef with Talking Stick. I had excellent seats, second row behind the visitors dugout, but found myself half blinded by the sun reflecting off the dugouts roof. What idiot decided to cover it in white? This is Arizona, you know, lots and lots of hot, BRIGHT sunlight all year long. What ever happened to field green?

Not the most Fan Friendly stadium as advertised by the ball park. The first thing we were confronted with was Security taking all our peanuts, sunflower seeds and gum. Nothing is allowed into the ballpark except one bottle of sealed water. Coors Field is not even that strict. It wouldnt be so bad except the peanuts are $4.00 per small bag, but they go well with $8.00 beers. Ouch! Food is expensive, drinks even more so. I guess spring training is no longer a "value" outing, only another revenue source. I have been to many spring training stadiums, dont just lock in on the Rockies home field. Go see the team in other stadiums, you will be impressed and pay less.

Looking forward to a spring training game for weeks, warm sun with a cold beer on the lawn. We called the stadium and asked about chairs and were told no chairs with metal frames. We showed up with our Crazy Creek backpacking chairs ( no metal frames) and they were confiscated. We were told we could pick them up after the game at the gate. After the game no one was at the gate and it took some effort on our part to find out there were at lost and found ( not located any where near the gate we came in). I expect better customer service from a major league operation.

OK WE SHOULD HAVE CHECKED OUR TICKETS WHEN WE BOUGHT THEM 2 WEEKS AGO FOR THE GAME ON 3/21. THE GUY AT THE TICKET WINDOW HAD SOLD US TICKETS FOR MARCH 6TH GAME SOOOOOOOOOOOO WHEN WE TRIED TO GET TICKETS FOR TODAY THEY OF COURSE WERE ALL SOLD OUT AND NO OTHER GAME WAS AVAILABLE. THEY WOULD NOT GIVE US A REFUND SO WE ENDED PAYING OVER $100 FOR TICKETS THAT WERE WORTHLESS NOT ONLY BUT WE DID NOT GET TO SEE OUR TEAM PLAY AFTER WE TRAVELED OVER 1,400 MILES. WE HAVE DECIDED THAT SPRING BALL IS NOT WORTH US COMING AND WE WILL NOT RETURN.

We followed the rule of bringing it one bottle of water per person. Unfortunately that wasnt enough and water fountains are scarce. We were sitting on the lawn and it was a hot day. We asked where the water fountains were and were told just to go ask the vendors to fill up our bottles. Later we found fountains in the main area restrooms. Other people were walking in with grocery bags full of water bottles and getting in just fine. They must have already attended a game at this stadium! Please add more water fountains!!!!

We attended the last Spring Training game here on 4/1/17. The parking is easy although its 5 bucks. The facility is very clean with helpful and friendly staff. The place was not sold out, but the lines for food and drink were very long. The program had very little player info. Just name with a pic and their position and nothing on the away team. The scoreboard provided little player info either like stats, hometown, etc. I had to use my phone to get information on the players. 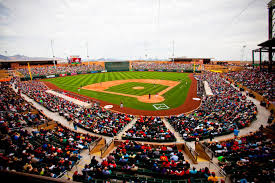 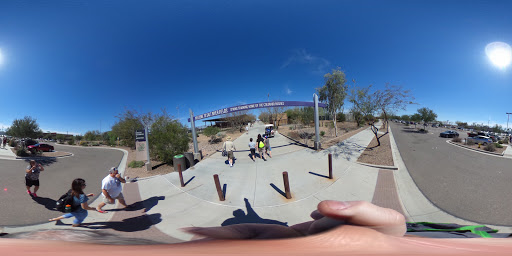 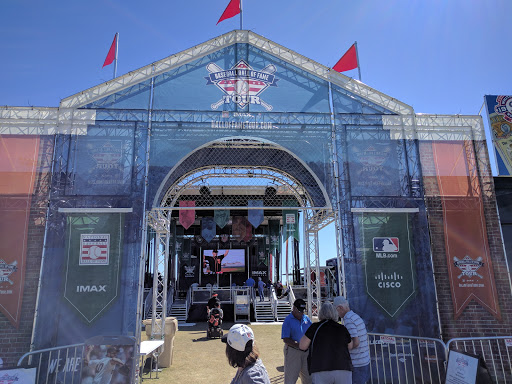 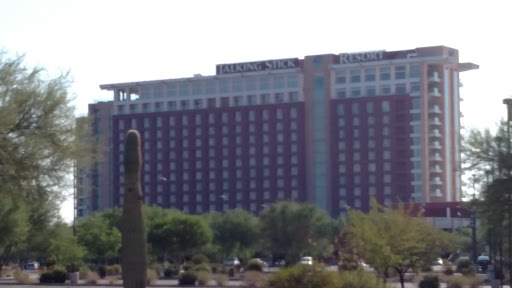 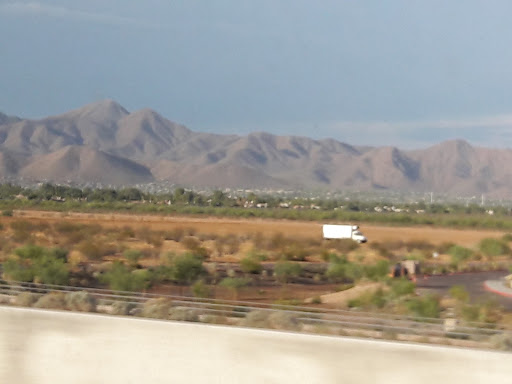 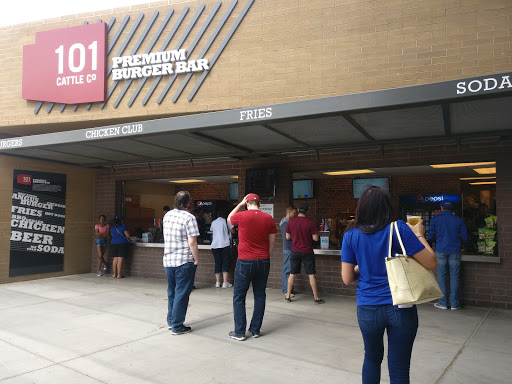 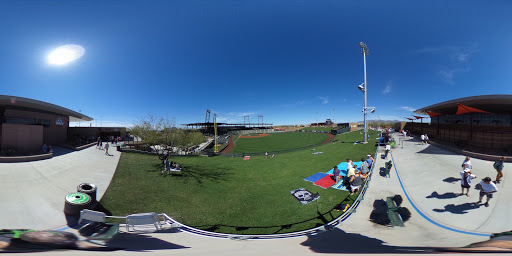 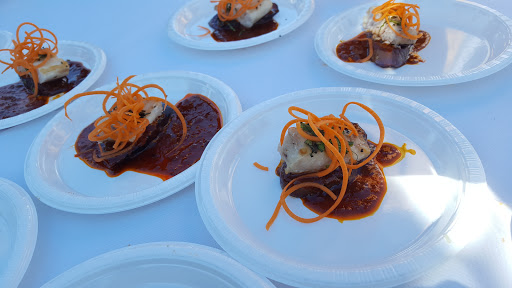 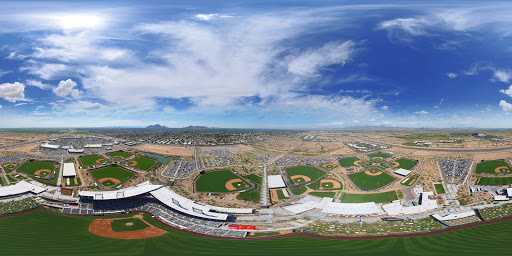 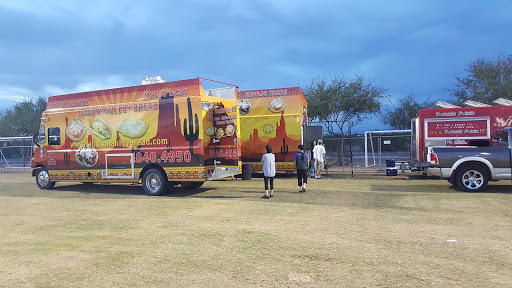 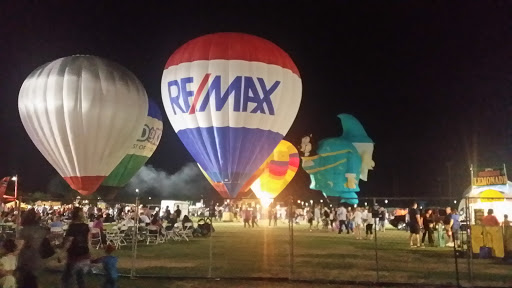 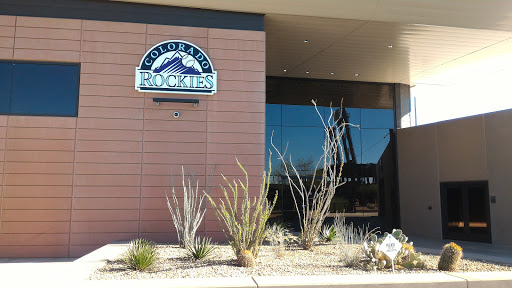 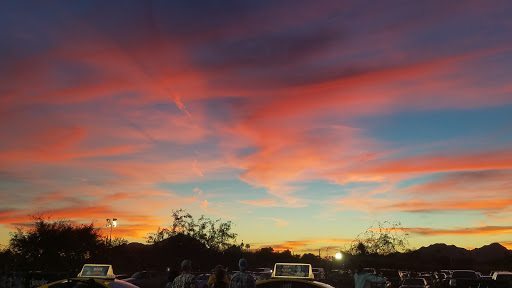 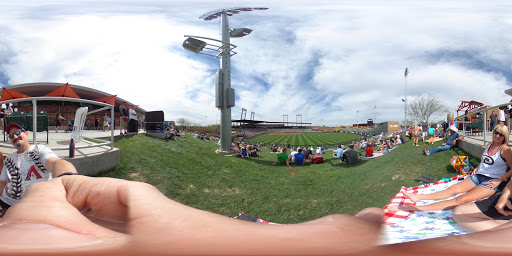