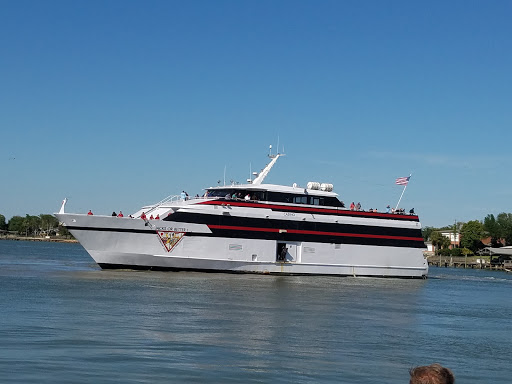 Was on the May 20th sailing, and it was easily one of the worst experiences of my life. Let me preface this by saying I have grown up on boats of all kinds, am an avid cruiser, and am generally more comfortable on water than on land. Even so, I took motion sickness pills for two nights before this little adventure, "just to be safe." If I had taken the whole bottle, I don’t think it would have helped. It’s about an hour and a half out before the casino can open, and while the ship was certainly rocking at this point, it was a manageable back-and-forth rocking that only served to make us pleasantly drowsy as we waited to gamble. The casino opened, and my friend and I made our way down to the first deck where most of the slot machines were. First problem – It was *extremely* warm down there. Everyone around us was complaining about it. I went and tried in vain to find someone who actually worked there, but only found a security person who just kind of shrugged at me. At this point, the movement subtly began to change. Still back-and-forth, but now also front-to-back and even up and down like a plane hitting wild turbulence. Seas were 2-4’ that day, mind you, which is not that much. This has to be THE worst-balanced boat in existence. The crazy movement along with the heat caused a lot of people to start turning green. A LOT, me included. Within a couple of minutes, people were running to trash cans, and the sounds were unpleasant to say the least. I went to the restroom and was lucky enough to get one of the stalls. Very shortly thereafter, the ladies’ restroom was a very accurate reenactment of the food poisoning scene from “Bridesmaids.” I wish like hell I was exaggerating even a little… but it really, horrifyingly was exactly like that, and that was just on the inside. You could hear people on the outside, as well. Several people said the top outside deck was just as bad, and that people were laid out everywhere. I can’t imagine being an employee on that boat and having to clean everything up twice a day. The cavalier attitude of the crew was mind-boggling. “Oh, we’ve seen worse – Sometimes the *whole* ship gets sick!” REALLY?? That’s your business model – Pray that at least a few people don’t get sick?? We’ve never been so happy to see dry land, and for me that is saying something. Looking on the bright side, it was the most profitable gambling trip I’ve ever made, since nearly all my money came back with me!!

Omg what a nightmare all I gotta say if you enjoy watching people puke then take this boat! I have been twice like a dummy the 1st time the sea was ruff so I thought thats why everyone was getting sick and having the runs yeah thats right the big num 2! The second time the sea was calm the ship barely rock and 20min into the ride woman were running to the trash cans throwing up some couldnt make it so the staff have puke bags that every one was walking around with using. The bottom section of the boat is slots and the middle section is table games and in the top open area is a beach bum playing guitar and as soon as you tip him he runs down stair and gambles. Well they were sending all the people to the top section isolating them there I call it the sick bay. After they spend hours puking and running to the bathroom doing the mostest. Then there bodies have no fluids so people were sleep all around the boat on the slot machines on the tables in the chairs. I wont even talk about there food who can eat when you see people puking everywhere! And some people are so damn dramatic they couldnt quietly go use the bathroom they had to announce it to the world that they gotta go whoopsie again. I gave them one star because of the staff I never heard more people apologize and carry sick people up stairs. They have bathrooms on each floor they actually had too send in the hazmat team too clean the mens room one time. Well not really hazmat the staff bless there heart they signed up to watch and help people gamble and they spend there days cleaning up peoples crap! Some guy goes into the mens room and he exploded it was poop everywhere they was cleaning for a good 15min. It look like he ran in there did a cartwheel and mid way thru it let it all go! What a nightmare I am not gonna say I wouldnt recommend you not going but if you do bring some wet wipes hand sanitizer and a hazmat suit if you have. When the boat finally made it back people were running off that boat like they were cattle at a slaughter house the staff was standing out side saying goodbye and thank you! Those people never look back. I hope this helps you and Good luck on your gambling journey.

If I could give this no stars I would! This experience was awful!!! We went on vacation in Port Aransas (which we had booked in advanced) along with this casino trip. At the time of booking we had asked in advance....what if the weather is bad? Or what if the waves are to high? Can we rebook for a different day? They said absoulty! So we arrive the day of the cruise....we knew this day there was 5foot seas. We were worried and asked if we could rebook we didnt want to get sick. Well low and behold....they said thats not a possibilty and that this ship is big enough to not be bothered by the seas. She said you wont even feel a thing you will be fine. Okay we take her word. We all board this ship they feed us a nasty lunch.. beans and pulled pork. Which wasnt even hot. About 10 mintues after leaving the dock people started getting sick everywhere! The bathrooms were full people would be walking by a trash can and throw up. 70% of the ship was sick with puke bags sitting on the top deck and on the floor because there was not seats left in the hot sun. Some people were so sick they couldnt make it up the stairs so they layed on the floor throwing up. I personally was not sick so I spoke to the gerneral manager and asked if we could turn around early. He was so oblivious as to how many people were actually sick. He said no we cant turn around people are still gambling. So I said to him okay well why dont you look around and maybe offer the poor people water and ginerale for free. Becuase they werent gambling they had to pay for drinks. Which I find insane! Needless to say 3 hours of people getting sick before they turned around and no one on the way home except for maybe 20 people at most gambled. I will never do this again with this cruise line or anything more then 2 foot seas. The general manager only wanted to make as much money as possible and had no simpathy for all of his sick passenagers.

Went in the cruise last night, July 8th. The boat ride was exciting at first but they really need some stabilizers to help with the motion. Most people were sick and laying their heads down before the casino even opened due to how bad it was. The waves were only 2ft I might add. Plus they do not mention the 3 hrs (1 1/2 out to sea and back) of just riding on the boat with nothing to do but either listen to this obnoxious guy sing on the top deck or sit in a uncomfortable stool. And most of the tables were taken on the way back by the employees even. The casino doesnt have much to offer, hardly any tables open and no one won. The mood on the entire boat was awful. Even the staff was down and complaining. The food was terrible. Like those apps you buy in the frozen food section of the supermarket. Liquor was watered down like crazy. They had a guy manning the music upstairs , I guess you could call him a dj. But he is actually just a dealer there who does the music while the boat is getting out there, and on the way back. If he would have sang one song and let it be to hype people up then that would have been fine but the damn guy would not stop singing and the speakers were waaaayyyyy to overwhelming. He was overbearing and the entire upper deck was obnoxious with the noise. They have a lounge area but people were sprawled out across them which allowed no one else to sit. We had to steal pillows off the couches to sit against the wall to even have a place to sit. I would recommend to the owners that they need to add activities for people who dont want to listen to way to loud music. Literally something for people to do to keep them occupied because one and a half out to sea and back is a long time to do nothing but sit and be sick. Overall I would not go back. And I would not recommend this casino boat to anyone. Just spend the money at a real casino. 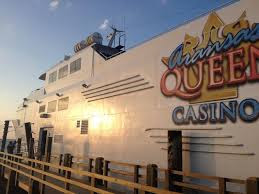 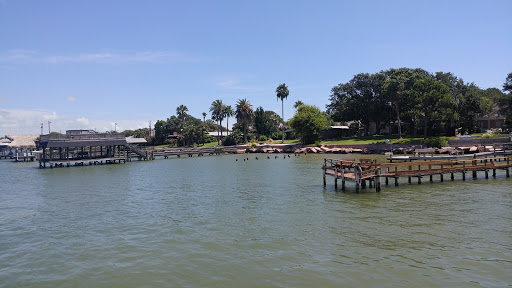 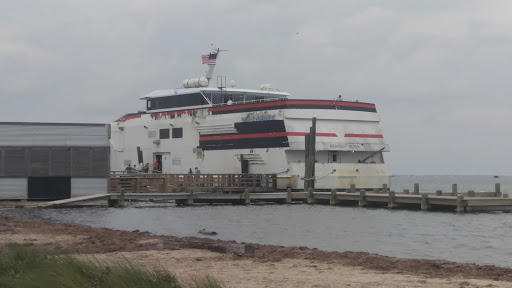 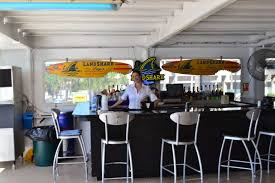 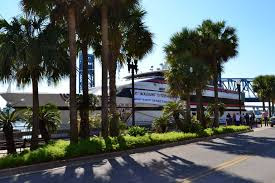 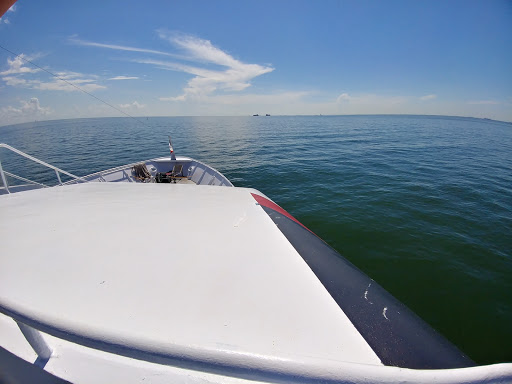 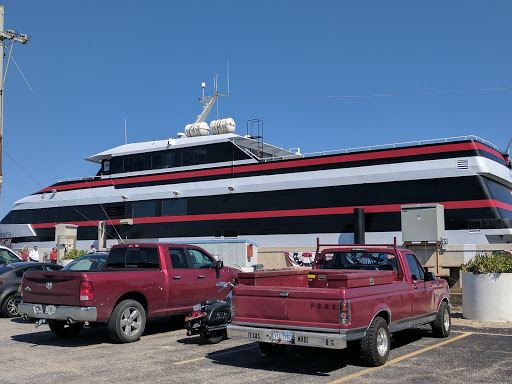 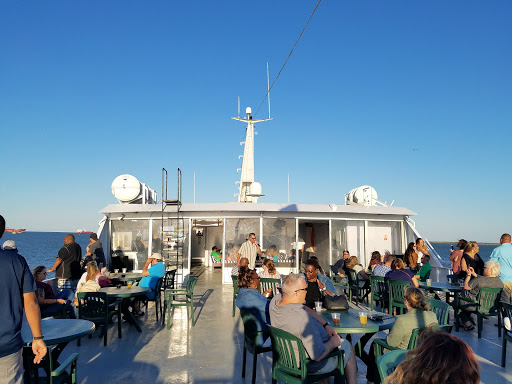 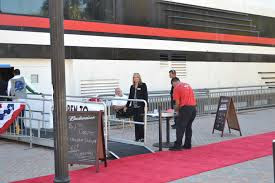 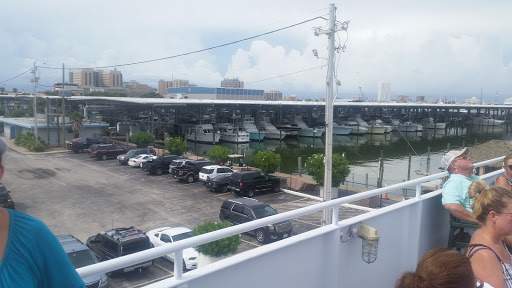 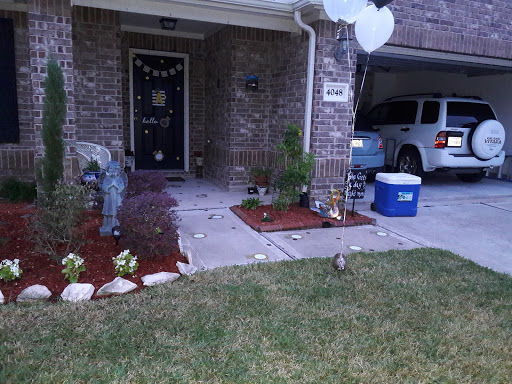 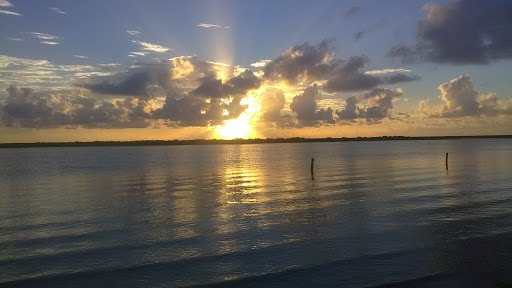 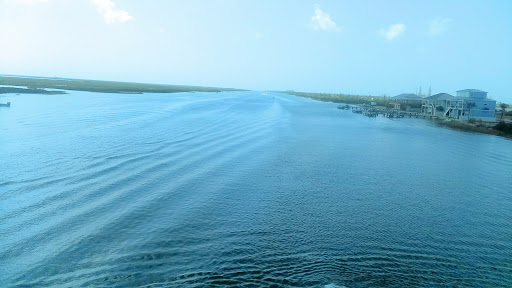 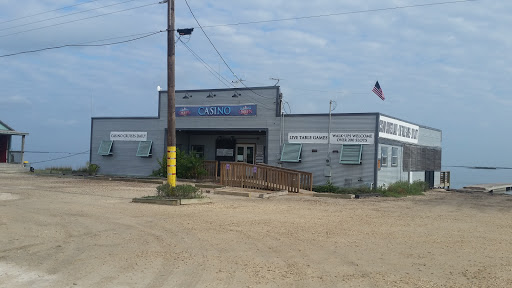 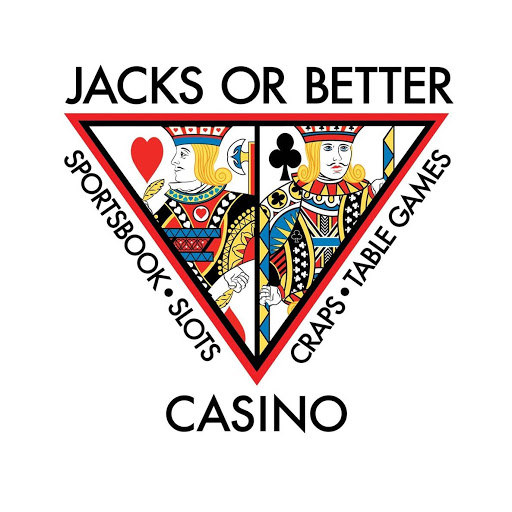 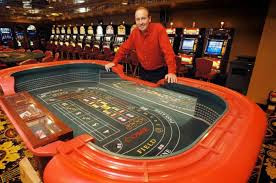 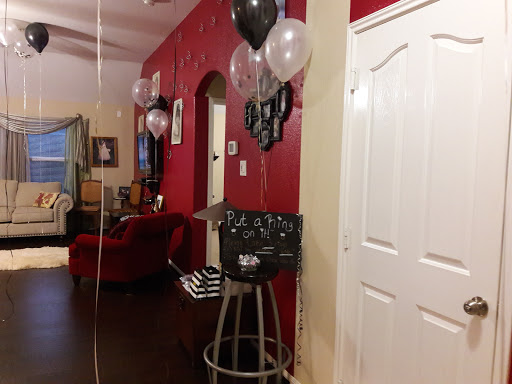