Just went to what I guess is the new store this weekend. BEAUTIFUL! I am a highly experienced fish hobbyist and what I saw was gorgeous. Everything was organized beautifully; Africans in one area, tropical in another, plants, etc., everything was grouped and you didnt have to search around dozens of tanks to find what you are looking for. MODERN! I have never seen such a modern store. They even have an area you can sit on a large comfy sofa in front of a large cichlid tank and just watch the fish swim around. They have everything you could ever need to start a tank, including a huge selection of beautiful tanks, gravel, driftwood (oh boy! they have some NICE pieces), various filtration, and water treatment products. I have been struggling to find a store like this since I moved to the Charlotte area, and believe me, Petsmart doesnt cut it. Ive been to Nemos and others, and this is beyond compare. I probably nearly accosted the poor girl at the front desk in my excitement when I walked in, because Ive wanted something like this since Ive moved from Virginia Beach and lost my fish store, Animal Jungle (which has since closed). I was tearing up with joy when I saw this store...not lying. My husband and son were with me, and he knew as soon as he walked in with me that I was overjoyed. Poor man has heard me complain over the 1.5 years weve lived here about the lack of quality fish stores in the area. I cant say enough about how lovely, modern, and nice this store is. HUGE variety of fish, lots of space, never once had a problem with having someone help me. Spent about $200 and told them I would be back...many, many, many times!

Over priced. Do your research before going there. I had a Charlotte store quote me a price through Facebook messaging, aquatica said they would match it and just bring them the quote. I was excited since they had the tank and stand in stock and the other store would have to order it. When I got there (after driving 40 minutes) and showed them what I had they said told me I needed a written quote and I would need to drive back to the other store, get the quote, and then come back. Before I left they offered to sell it to me for $500 over the quoted price. Needless to say I left empty handed and drove another 40 minutes back home. Also, after looking at the dry goods there most of it is about 10-20% more expensive than other stores in the area, and any store that tells me another local fish stores fish are "crap" and die after a week when I have gotten fish from them that have lasted months and are still alive doesnt need to be in business. Also, if you read the negative reviews the owner usually blames the customer for their bad experience. Do your research before spending any money there.

Used to have a good review, but they dont deserve one anymore. Everything is double the price of what it should be. Livestock always seems to die after a month max. Manager doesnt seem to care about customers just making a sale. Recently bought 2 corals from here and they both died. Called to ask for a refund because they practically gave me a disease filled shell of a coral and they told me it was all my fault and that they cannot provide me with a refund. I also told them how I acclimated the coral, which the way I did is the proper way, and they told me that I SHOULDNT HAVE DIPPED THE CORAL and that ALL I NEEDED TO DO WAS FLOAT THE BAG FOR 15 MINUTES. That would probably kill it and introduce many pests into my tank because the coral I got was covered in bad hitchhiking nudibranch and even a flatworm. I am deeply disappointed with this store and wont be shopping here again. If you want a good fish store in Charlotte then go to Nemos Reef in Mathews, at least they have decent pricing and staff that dont have half a brain.

No disrespect to any of you who have had a bad experience at Aquatica . I am also a new beginner in this field but I came prepared with knowledge of what I was looking for and what I wanted to do.That is the key for any project you are starting, never go into a store without researching your project. I have only visited once and had a great time looking at all the beautiful fish and I asked a lot of questions and they were very kind to me and very helpful. Its hard sometimes for people to help everyone but that doesnt mean they are ignoring you on purpose. They may have been busy and didnt see you come in. I saw some dead fish,too but that means absolutely nothing but its a dead fish. Fish can be handled to often during shipment and during delivery and being set back up in a new place or even chasing fish around in a tank for them to catch your favorite fish you want all those factors can cause stress on any fish and cause fish to die in tanks, its just the way it is. Looking forward to my next visit

Just walked in on whim with my teenage daughter and her friend. Outstanding presentation. Sales/staff person? Chandler, gave us a complete guided tour of the entire facility including the industrial filtration systems. It was like a backstage pass or getting a peek under the hood of the latest greatest super-car. I dont know what all these dead and dying fish reviews are about. They have a state of the art quarantine system. Come on any store, especially one of this size with this much stock is bound to have an occasional bum fish. Chandler was an outstanding wealth of knowledge. I consider myself a reasonably advanced hobbyist and know redox potential from dKH and the rest of most of the reef mumbo jumbo. My daughter was making fun of calling us a couple of nerds. We spent the better part of an hour there. I plan on returning and making a substantial investment moving and upgrading my current set up. My daughter, her friend and I had a wonderful experience. Looking forward to coming back soon!

So I have supported this business for over a year since I moved to the Charlotte area. I special ordered African dwarf frogs last week, was told over the phone they would be in the following Wednesday. I called at noon the following Wednesday and the young lady on the phone told me their freshwater shipment was delayed and would be in by 2pm. I came in at 2:30pm and she explained they were delayed a day and would be in and ready for pick up 3pm on Thursday, the following day. I came in at 3:30, Thursday and was told by the manager that they did not receive them. I was told they have no control over their distributer and dont know until they receive the shipment that something is missing from it. The least they could do is call the customers on the special order list before they drive up there, in my case twice. I will be taking my business elsewhere.

Let me preface this review by saying I am new to the aquarium scene and the Charlotte area therefore I dont know much about what to look for. I visited this store looking for sea horse but was not impressed with the customer service or the store itself. I was never approached or offered any help with what I was looking for. I was unsure of what prices corresponded with which fish because the labeling was unclear. I saw several dead fish in the tanks. After my asking of when more sea horse would be available, I was simply told "I dont know". While I am sure that many people have had good experiences with the store because they are more knowledgeable and know what theyre looking at, I as a newbie am struggling and would have appreciated some/more energy being put into assisting me. 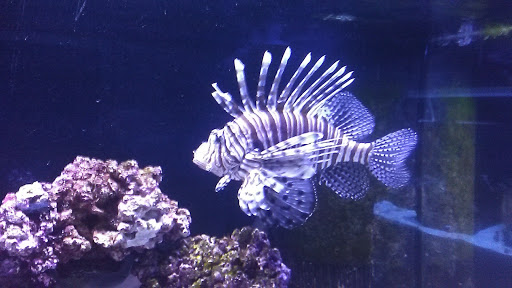 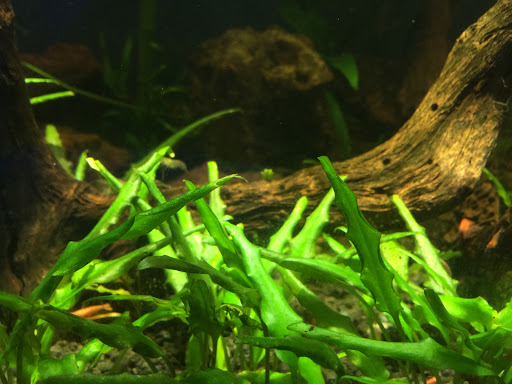 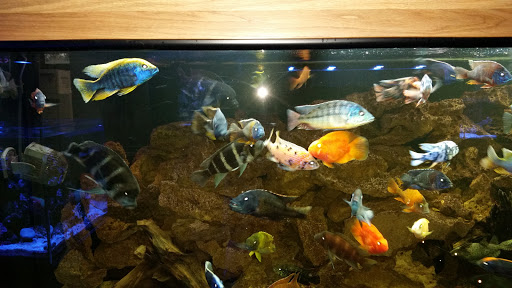 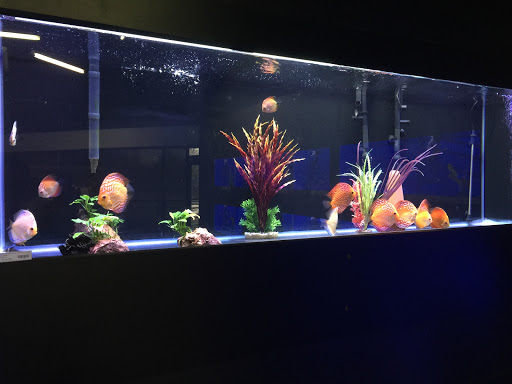 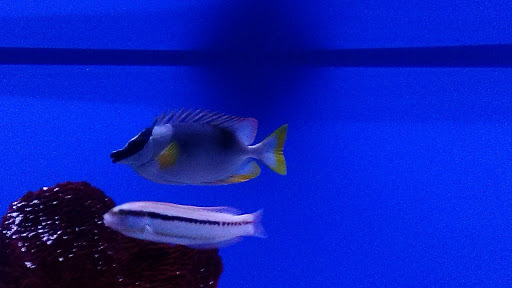 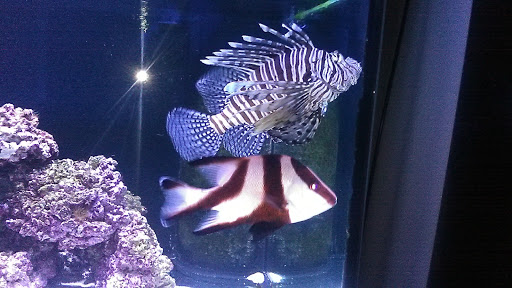 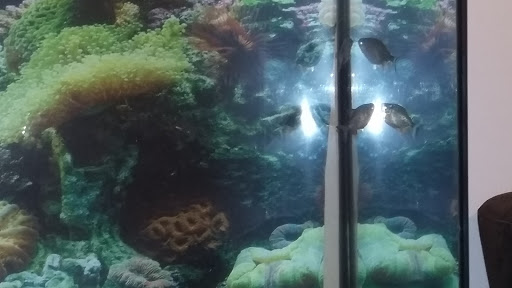 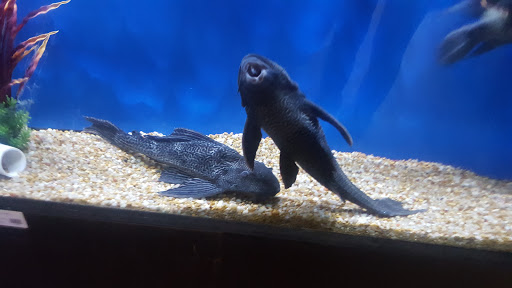 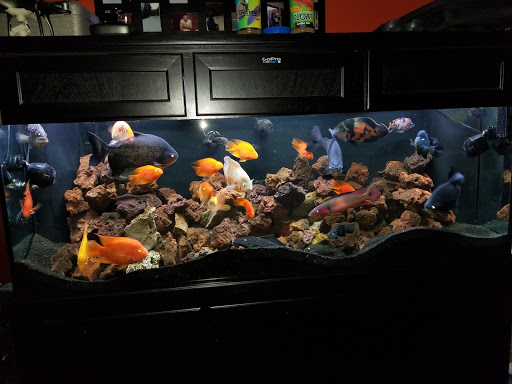 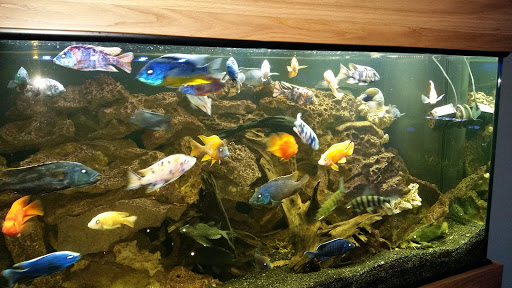 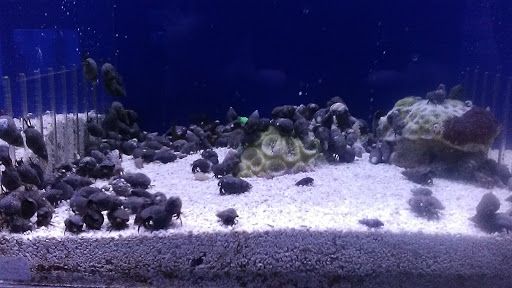 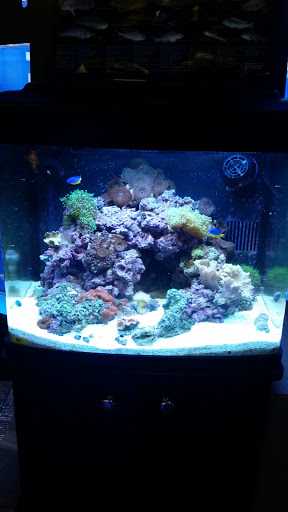 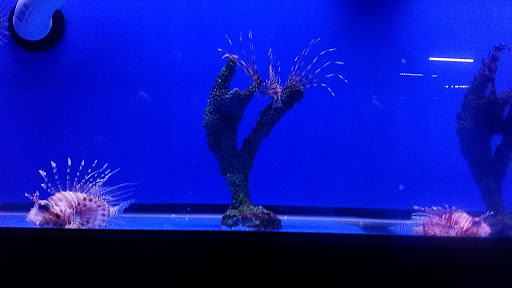 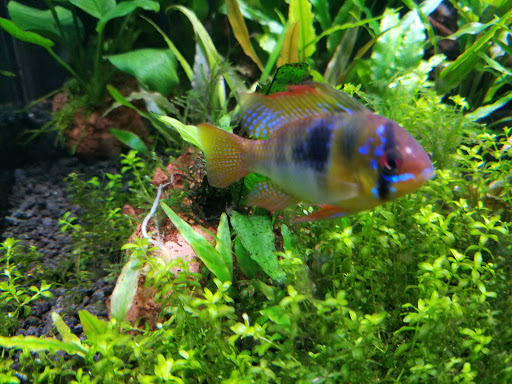 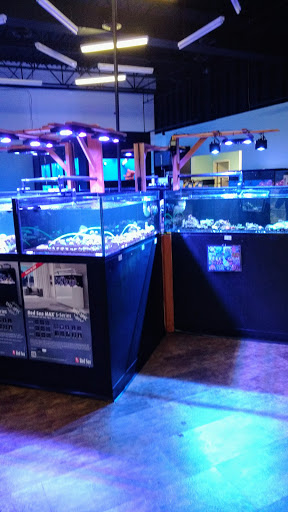 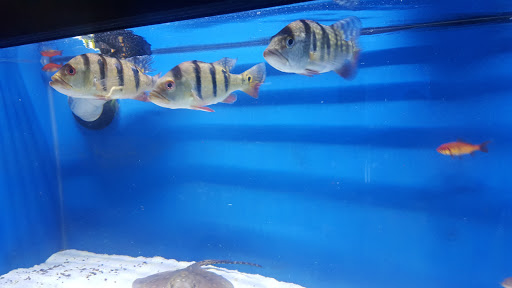 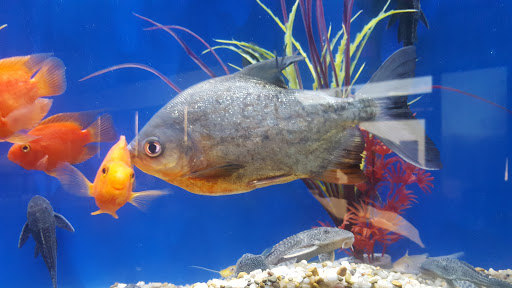