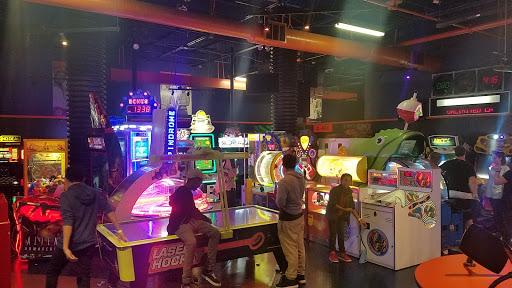 I had been to Qzar in 2009 and thoroughly enjoyed it, but I took a few of my cousins there a few weeks ago and was thoroughly disappointed. They have a staff member who gives an extremely stern lecture before the laser tag game about not running, keeping two hands on the gun at all times, not running, no contact with other players, no running. He must have said "Dont run, dont powerwalk" at least ten times in this little lecture and he even said, "Ill be standing in there and Im wearing black so you wont be able to see me, and if I see you running, Ill kick you out immediately, no refunds." (And he gave this exact same speech before each of the two games we played) It was a bit of a clash with the fun nature of the place, but it got worse when the game started and this man would come over the loudspeaker and say, "No running. Keep two hands on the gun. No running!" and then he would make the same announcement every two minutes. It took all of the whimsy out of laser tag, and not being able to even "powerwalk" takes any aerobic benefit out of laser tag. Im not sure whether Qzar has a new insurance policy or whether they simply hired a maniacal staffer who takes his laser tag duties extremely seriously, but to have some guy lecture a room full of 16-22 year olds who have elected to spend their Saturday night not the bars but playing a game of laser tag, basically ruined the experience (especially when he would come over the loudspeaker). I would definitely recommend finding a different laser tag place.

I had my sons birthday party here at Qzars laser Tag in Voice place Long island and the laser tag game in it self was probably the best part. That and our helper Tom. The major problem with this place is they dont provide you with the lounge for your party when you arrive. Instead they have a very bad parents lounge which is like a cubical with chairs and a tv that you share with other random guests( but you may not find a seat). I was told one thing upon reserving the time for the party, yet the day of the party when I arrived it was suddenly changed. If I would of known that I wont have a room for 45 mins after arriving at time that i had resevered, also if i would of known that my 8th month old daughter stroller including my arms would become a coat rack for my guests personal belongings while they play laser tag, I would have thought twice about celebrating my sons birthday here but it was a kids party so it didnt affect the kids. My advice for those who are planing to have a party at Qzars, get a contract that stated the time you will be using the party room and if they breach that dont pay for it. Other than that the pizza and drinks were good and the ice cake was small but nice.

Well I just recently had my daughters 9th birthday party at Q-Zar and let me tell you it was fabulous. I usually dont have parties out at places, but Ive heard such great things about Q-Zar that I decided to go outside of the box and took a chance. Boy am I happy I did. First of all, the staff was excellent, especially the managers (ask for Jennifer or Jacqueline and you wont be sorry). I found everyone to be super friendly and took care of anything we needed. I was especially surprised at how well kept the bathrooms were, actually come to think of it all of Q-Zar was very clean and I didnt leave there feeling like I needed to douse myself in my anti-bacterial spray which is always a plus in my book. Even the food was great. The kids had an awesome time playing laser tag and all the other games (for those of you not really familiar with Q-Zar the kids collect tickets as they play the games and redeem them at the end of the party for a little something fun). Everyone leaves happy!! I know at the end of the day my daughter left with a huge smile on her face and well thats just priceless!!!!!

I had my sons 6th birthday at Q-Zar 9/26/09 and I just wanted to let you know that QZars did a VERY NICE party. The staff was very accommodating and did everything possible to make us feel comfortable and welcomed. They really put my mind at ease and assured me that everything would run smooth during the party and that all my guests would have FUN.... Tommy was my party coordinator and he was very patient and friendly throughout the whole party. Jackie (the manager) decorated my party room so nice with all the party goods I brought.. My son and his friends loved the way their table looked when they entered the room, they went crazy!!! My son said this was his best party ever!!! … That made both my husband & I very happy. It’s all for the kids. Parents I would definitely recommend Qzar for an upcoming party, you will have a wonderful time. Thanks Jen (the manager) you were right we all had a BALL….. RP/Howard Beach

I first learned of Qzar after my son attended a trip with his summer camp. It’s all he could talk about for the next 2 weeks until I finally booked his birthday party. We came for a tour and knew right away he’d be having his party there. Well the party was this past weekend and we are still talking about what a blast it was! The laser tag was the coolest thing! There was fog and all these awesome lights! The kids went crazy when they saw it. The food was tasty (it’s from a local pizzeria) and the ice cream cake was delicious. Most of all, we felt the staff at Qzar all went above and beyond to make our party a huge success, and that it was!

Went with a few friends here and i was very disappointed with my experience. Many of the blasters dont work and you wont know if it is broken u til the game starts. I personally am used to the way that one scores points from other laser tag places such as lazer bounce, the point system is completely different at qzar and the staff did a very poor job at explaining the system. Because of the bad explanation, my friends averaged 2 kills every game each, which is very bad. Would defedentally not recommend, there are much better establishments across the island. Note: snack machines only accept quarters with an eagle on it (no states).

Qzar used to be one of the best laser tag places in NY 2-3 years ago. I used to love this place. Recently however the service has been severly downgraded. The vests dont work, i had to change my vest 2 times to find a vest thag would work. The red teams headquarters wouldnt sound an alarm when u destroyed it, and theres no officiating going on to break up big groups in the arena. I had it when one girls vest wasnt working but her gun was and she was on a type of "god mode". Qzar please fix these issues and take back the crown of the best laser tag place in NY

Had my sons fifth birthday party at this location. I was greeted by my host Alexa who is a bubbly sweet girl. She went over all the details with me answered all my questions about what to expect in the next hour and a half. We got a thorough instruction on how to play the game and were brought into the laser tag room. So cool. The moms and dads had a better time than the kids did haha. Was given a private party room where we were served pizza and cake. Had such a nice party. 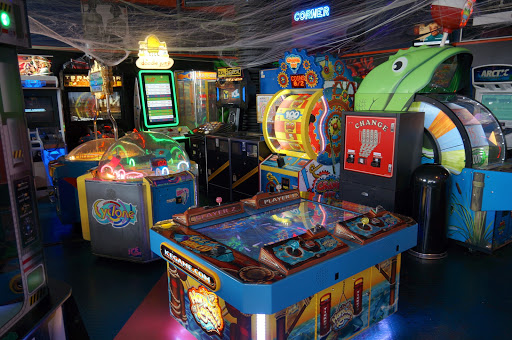 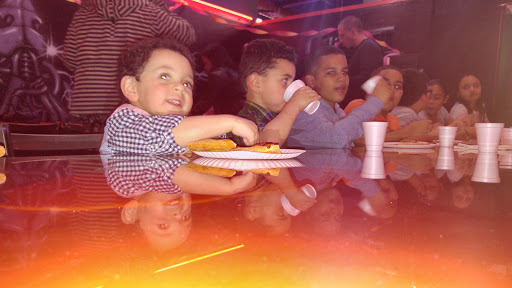 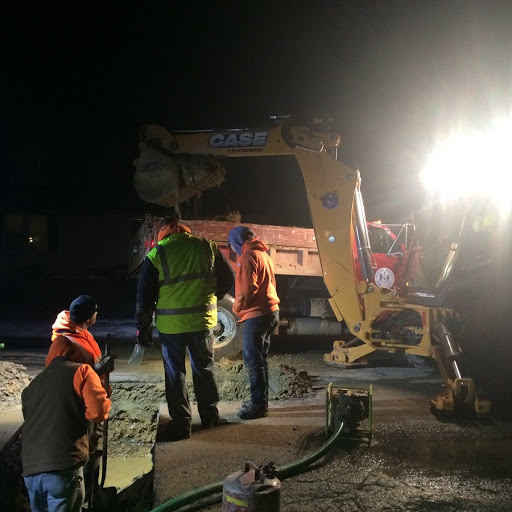 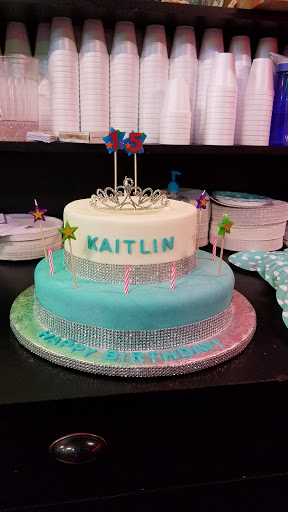 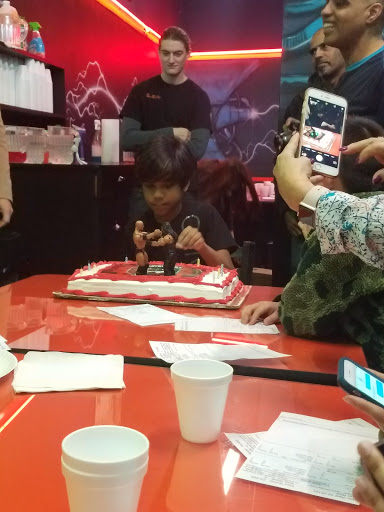 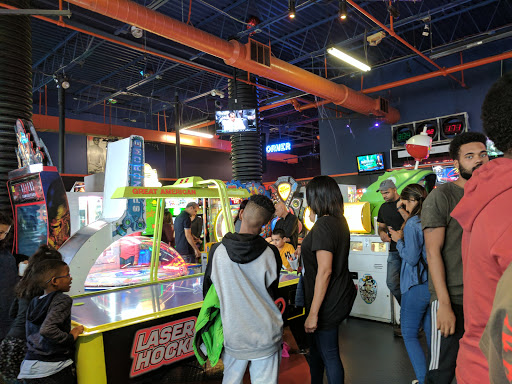 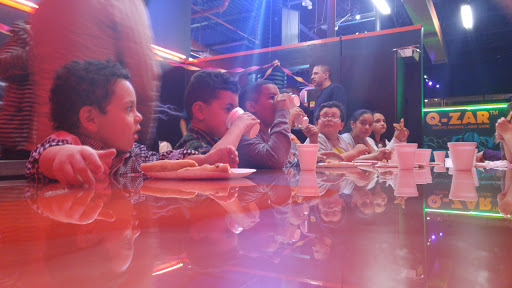 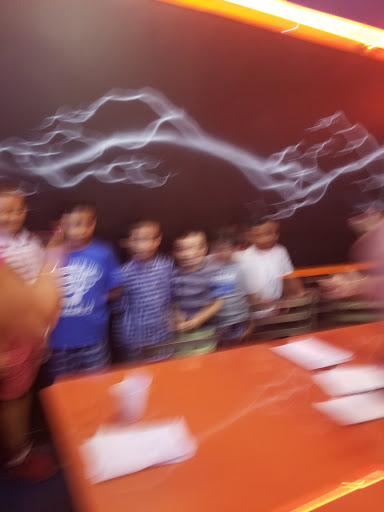 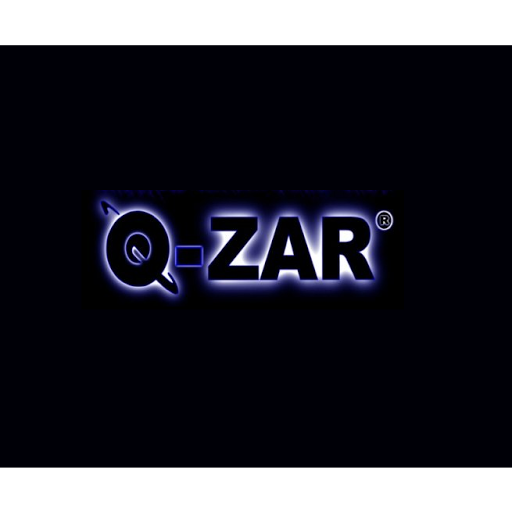 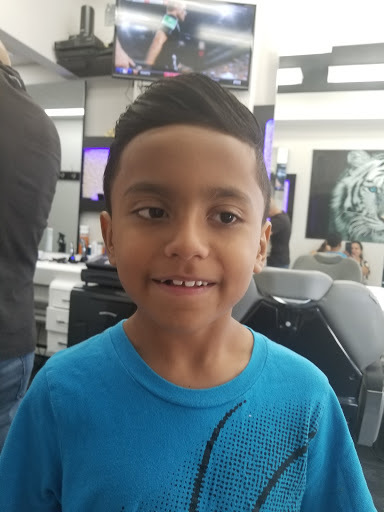 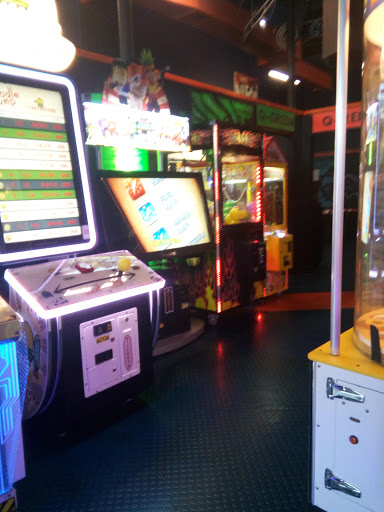 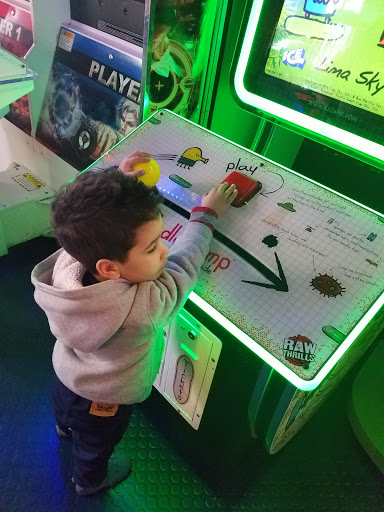 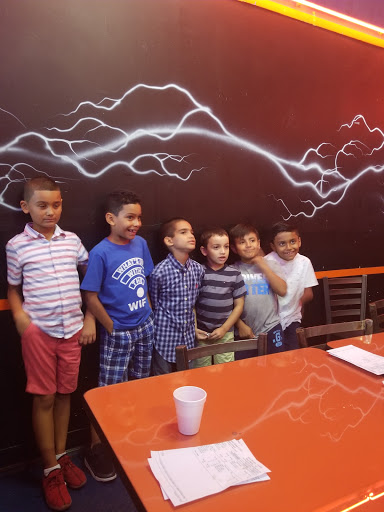 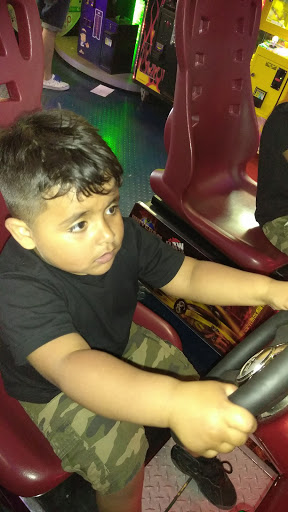