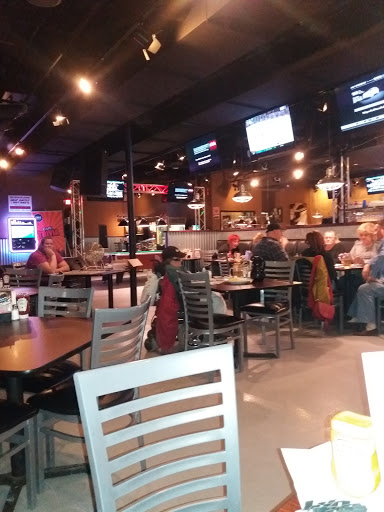 First off, make sure you have cash handy because they only take cash for the tickets. (You can charge your food though). Then we sat down and the movie started and we were waiting and waiting for someone to come and take our order. Other people were already getting their food and no one had even approached us yet. I finally got up and went looking for someone. I could not find anyone working anywhere, not in the theater, not in the ticket window, nowhere. The waitress finally showed up at our table a half an hour into the movie. She asked "Are you ready to order?" I said "Weve been ready for 30 minutes. Other people are already done eating and you have not even come over to our table yet." At this point the waitress got very defensive and said "Well its not MY fault. I AM the only one working this theater you know." I understand being shorthanded, but you dont ignore certain tables while other tables are already being served and finishing their food. We ordered and after she brought our food she did not come to our table again except to give us our bill. The food was fine, but I was NOT impressed with the service at all. Also, the prices are exobitant. $8.00 for a margarita? No thanks. We will not be going here again.

Do not come here with your children tried to enjoy Hercules and dinner with my wife and two year old tonight. Half way through the movie the owner walks over and tells me I need to hush up my son when a giant lion leaps across the screen and he says aaaaawwwweeeeee daddy a lion. According to the owner this is unacceptable behavior for a place where 2 and under admission is free and they have a kids menu dinner was fine. Interestingly enough there is no warning about turning your children off, yet this same owner Steve who will address you as guy until you tell him your name was on his cell phone the entire movie. Even more interesting other patrons came over and insisted my son was not a bother and his claim for the cell phone usage through out the movie was from patrons (my opinion friends complaining about a freebie if not just a lack luster excuse) trust me I looked everywhere for a text line. The food and movie was good, the owners attitude on the other hand was unacceptable and rude. Probably wont return until under new ownership.

DO NOT GO HERE. Theater extremely old, foid is not that great and service is nasty. We ordered hot wings and chips and dip, then were told we could NOT have a refill on soda, could NOT have any water unless we bought it for $1.50. Waitress snidely told me she would refill our sodas so we kept eating the HOT wings only to he told later that no, no refills and if we wanted water we could make an additional water purchase. Had the waitress bothered to mention that policy then we would have had our wings boxed up rather then continue to eat them. I spoke with the manager later and she said too bad! You can have refills at the restaurant next door, but not the theater. Maple Grove AMC-Free refills, Plymouth Mann, Willow Creek, any of them would have at least said ok to water. I wont waste my money there again. Never again. Too many top notch theaters available to bother with this dump.

I really like Cinema Grill. Im a sucker for the underdog, and this place feels like the little theater that could. Cheap movies and a creative seating setup make this one of my mainstays in Denver. I do wish they could pull off first run movies, but I guess thats not a possibility for them. That being said, if I have to choose between Elvis or this place for a second run movie, Im going to go here. The food is a bit expensive for what it is but I have always enjoyed it. Its not great, its not bad, its equal to something youd find at any greasy spoon. The screens are small but adequate and the service has always been friendly and attentive. The servers are very careful not to interrupt the movie, they will stay quiet when dropping off checks, etc unless you speak to them. If you havent check it out yet, Id recommend Cinema Grill.

I went there on my last couple of dollars to watch a cheap movie and got what I wanted, with a catch; I had to dance in a circle while holding two puppies and sing "a song of my people" whatever that means. After my dance and song, the ticket taker laughed and stopped recording me on his cellular device, he then allowed me to go to my movie. Once I entered the movie theater, I looked for a seat only to be stopped in my own tracks by a sticky and very non-cohesive material that had me flat footed to the ground. I watched the entire movie standing up, and now I cant leave. Its been 2 months, 17 days, 4 hours, and 56 seconds since I last saw daylight. The only way I was able to post this was by stealing a phone from one of the servers close by. Hes noticed me. Help.

I have tickets for tonight and will not be able to attend the show due to being so sick. I have been trying all day to reach a human to find out how early I can pick up the tickets so that I can get them to someone who can use them, since they are non-transferable and in my name. It doesnt matter what combination of options I choose, I cant get a person unless I call the bar and they cant help me because they are separate from the tickets. Im so frustrated because I dont want to just be out the money, but I am too sick to keep trying to figure this out. Why give the option to speak with someone in the cinema area if its just going to send you through a web of recordings and never give you a live person?

The Cinema Grill is a favorite destination of ours. In fact, we see more movies here than at any other one theater. I love the Titanic cod sandwich with seasoned fries, and the pizza buffet is very tasty, too. I especially love the unique events they have, such as the exclusive screenings of wonderfully cheesy B-movies like those of Christopher R. Mihm, a Minnesotan filmmaker whose B&W 1950s-drive-in-style creature features like "Attack of the Moon Zombies," "Cave Women on Mars" and "Terror from Beneath the Earth" are hilarious homages to the movies of long ago. You can bet Ill be at this coming Thursdays double feature (Sept. 1, 2011). I also love the new decor. The place looks terrific.

This theater makes Denver complete! $4 admission is a true bargain for the high quality sound and digital picture (5x the quality of Elvis Cinemas). The Ultimate Nachos is delicious, only $10, and is almost a full meal for 2 people -- and WAY better than $10 for popcorn at traditional theaters. The food service was extremely polite and professional, the seats were comfortable, and the theater was clean. Kudos Cinema Grill, tonight was our second of many visits to come! Hint: For a true date night experience hit up the school of massage therapy around the corner at 14107 E Exposition Ave. and follow it with dinner and a movie. They often run 2 for 1 deals = $12.50 per 1 hr. massage. 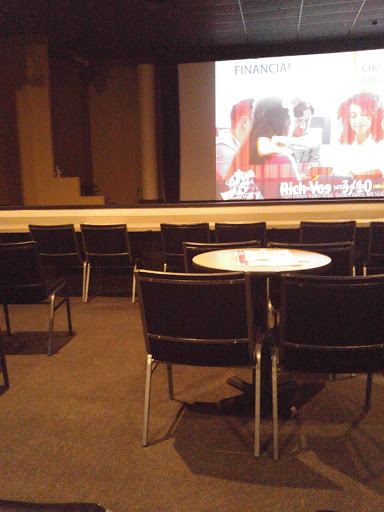 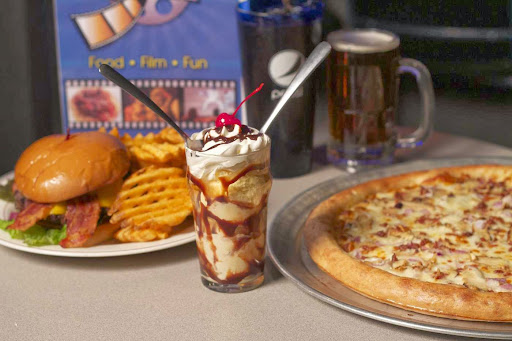 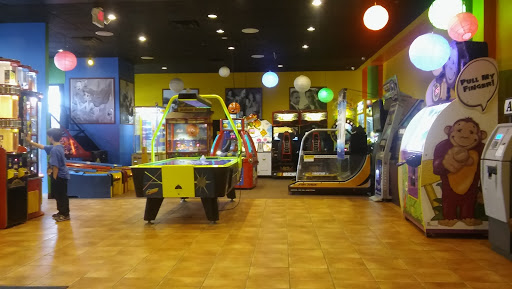 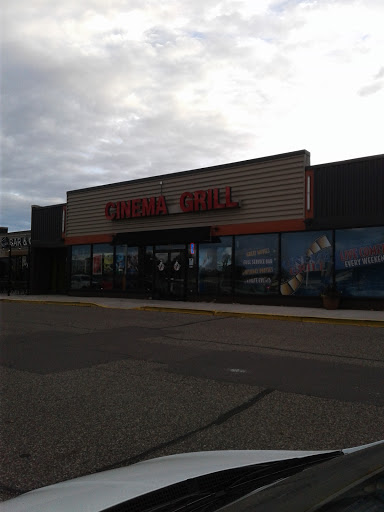 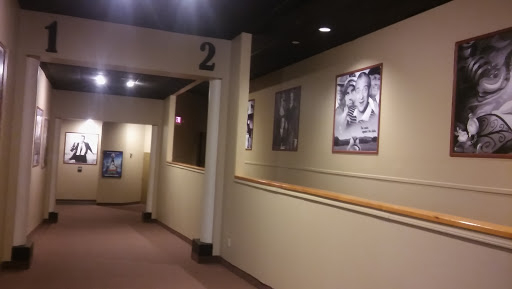 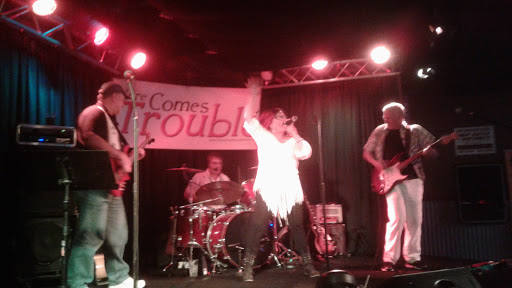 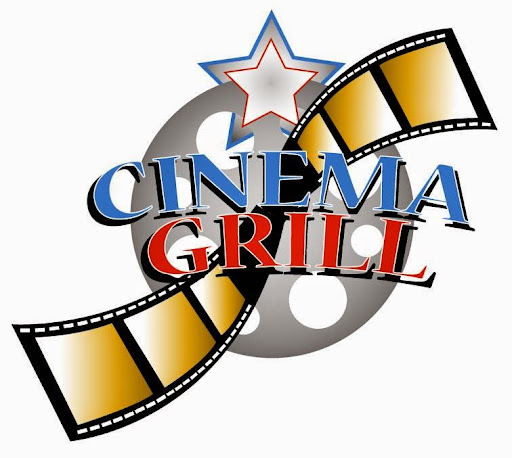 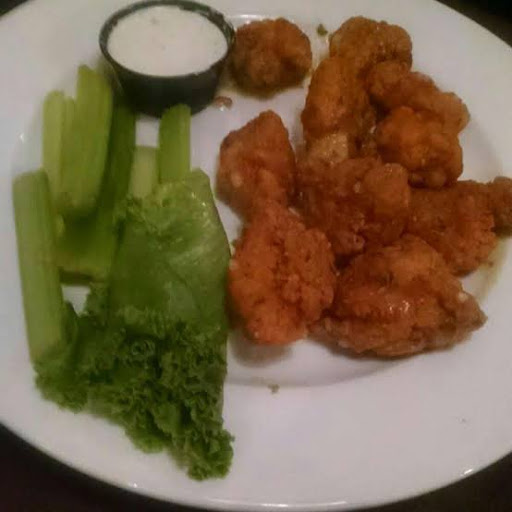 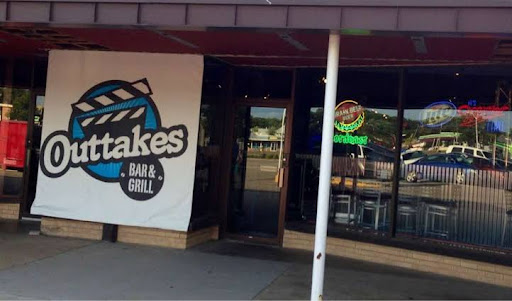 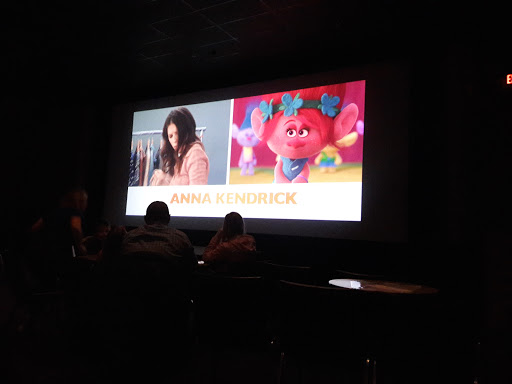 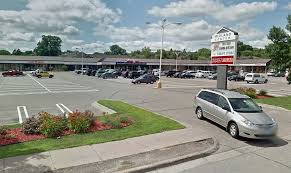 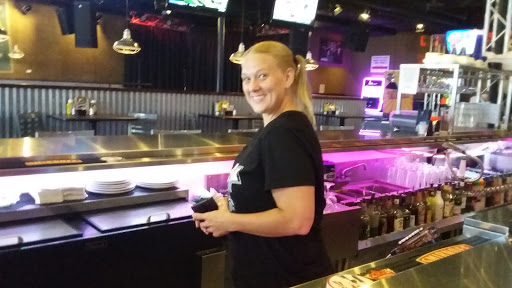 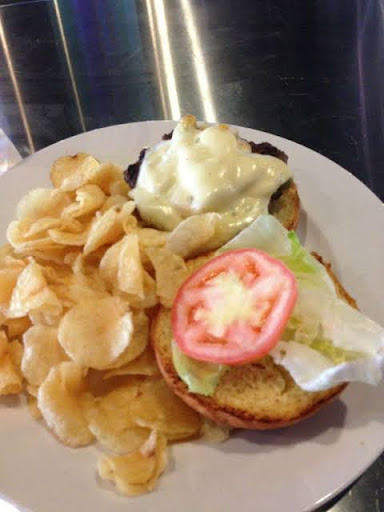 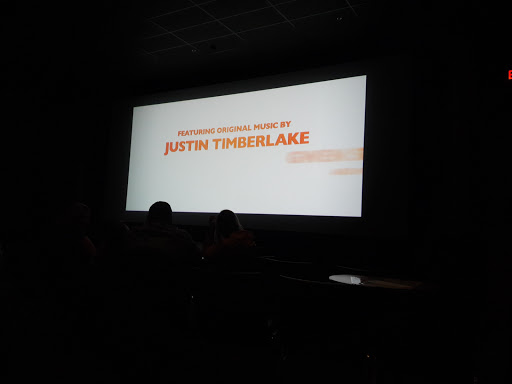 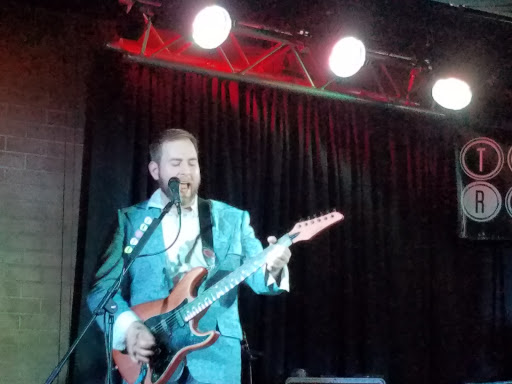 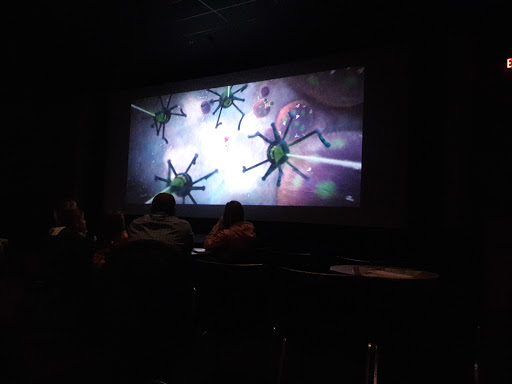