We are new to the area and looking for different places to go and remember seeing this place and thought it looked cozy. The food was excellent. Everything we ordered from drinks, appetizers to our main course was exceptional. Prices are a little higher than most but worth it. I think hubby and I just found our new place for going out. We ordered the "fried cheese" appetizer and I ordered the broiled orange roughy--very delicious--hubby even liked it and he isnt a fish eater. My husband ordered the filet of beef, which he had never had and is a VERY picky eater and he loved it. Next time we go we are going to ask to sit out on the patio if it isnt too hot...had live band playing out on the patio.

The coachman is one of the only restaurants in the area that is open late, so we stopped there a little after 10pm. The hostess acted annoyed that she had to seat us, but she was really young, so I can ignore that. Our waitress, Rachel, was super friendly. The food was mediocre. My husband enjoyed his steak on a stick and BLT. I enjoyed my sides - potato salad and coleslaw. The French onion soup was disgusting and the sandwiches were nothing fancy. I ordered a grilled cheese. It was a kraft single on 2 pieces of white bread. The mashed potatoes were dry. The atmosphere was of a local bar - not a fancier restaurant like we expected.

Went here for lunch in Dec. 2012, after about a 5 to 8 hiatus from patronage, here. Not the best. Not the worst. Our group was one of the first folks in for lunch on this day, and found a funny odor (stale beer/dirty carpet) as we were led to our table. Food was good. Sirloin was a bit thin for a steakhouse cut. Special was pork loin, which was a hefty serving of (3) 3/8" to 1/2" slices of pork loin with stuffing ("dressing" for the southerners) and green beans. If quality and service slip any further, this place will need to re-think is pricing and commitment to being a steakhouse.

The place smelled like pee my wife ordered us the appetizer platter it was good. We then ordered our meals she ordered the big bird it came out soggie I ordered the fish and chips a pretty easy thing to cook but some how they messed it up the fish was horrible it had a funny taste we will not go back. If your looking for a good place to eat bypass coachman and go to the Claudaugh Irish pub it is way better and cost about the same. The food there is spectacular. Although the guy who waited on us was very good and stayed on top of things it was the food that was horrible

Pretty good food, friendly, nice atmosphere. The drink glasses are AWFUL. Can you not just get bigger glasses and save the waitress a trip AND keep a drink on the table. Ive literally needed a drink when coughing or with a little bit of a scratchy throat and theres nothing in the glass because with its tiny size and a bunch of ice its just a few sips from empty at any point! Maybe put a dollar on every bill for a month or two to fund a "new glasses for coachman" fund.

A few family members of mine went to the Coachman for dinner, unfortunately they never got to eat. They waited 40 min. for a table when other ppl who came in after them were seated right away. (Same # of ppl). The hostess didnt even look at them again. They were discouraged and hungry, so they left. Needless to say my family members are black. I heard this is NOT the first time this has happened to minorities. It makes sense now why reservations are not accepted.

My wife and I were at a Veterans function in Indianapolis and decided to find a nicer than franchise restaraunt. When we got there we were sat down and totally ignored. A group of 4 were sat next to us 5 minutes later, they were given drinks and waited on hand and foot. After 15 minutes of this I spoke up and tried to call the waitress that waited on them, she said we were not her table and we would have to wait. We walked out and will never visit them again.

Wish I could give negative stars. We had reservations, but they couldnt seat our entire party together because they seated other, walk in parties before us. It then took TWO HOURS to get even a bread serving. When we should to the manager his only response was "its Saturday, were busy and doing our best." He also said our dinner would be complementary, but surprise surprise, we still got a bill at the end of the night. Just TERRIBLE all around. Dont go here.

Server Karen was an absolute sweetheart, but the food was just "ok" in my opinion. Smothered chicken lacked flavor and seemed pricey for what was received. Strawberry shortcake was layered with little strawberry flavor and lots of dry shortcake. Boyfriends chocolate pie was delicious but again, not worth the price. Service was quick, restaurant was clean, diners were quiet. Will have to try it again to see if it was just the wrong menu selection.

Waited 5 minutes for a hostess to acknowledge that I was there. After sitting at the table for 10 minutes without anyone coming over to take my drink order I left. On the way out the hostess asked if everything was ok. I told her that I still did not have my drink order taken to which she replied "bummer". I went to Bob Evans down the street instead and received fast and friendly service, plus the food was good too.

Courtney was my server and she was very sweet. I had one of the specials, chicken cordon bleu. Good, not great. Its the first time I had it served as ham and cheese over fried chicken. Im from out of town so it may be a regional thing. I did eat every bite!! Courtney recommended the carrot cake. That was delicious. One of the servers makes it in house. I would definitely go back and recommend to others.

Our motorcycle group visits this restaurant very often because it is across the street from a Harley Davidson dealer. Overall, excellent food and service. I have never had a bad meal there and the selection and quality is first rate. It is a very comfortable restaurant and you can wear anything from shorts to suits and not feel out of place. The prices are reasonable and I the plates are very full!

I visited this restaurant and I was generally pleased with the place. However, it said that "appropriate attire" was required. "No tank tops." I guess Im just turned off by that level of snobbery. The food was good, but charging for refills (after the second refill) seems sorta cheap. Its a nice place (foodwise), but the policies there arent my favorite.

Good, no odd smells. they really need to give the girl at the bar a helper, she was i bit over loaded with the people at the bar and getting the wait staff thier orders. will say I was really wanting prime rib but it would have put me over on the food allowance we get, so maybe i would have liked what i got better if i wasnt craving that 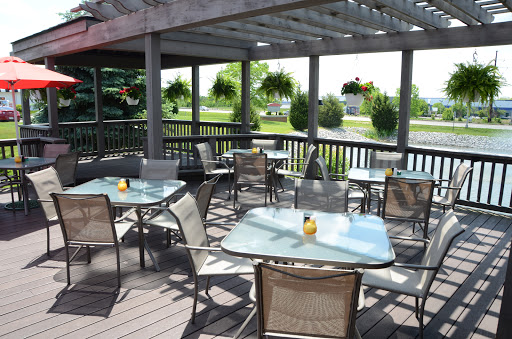 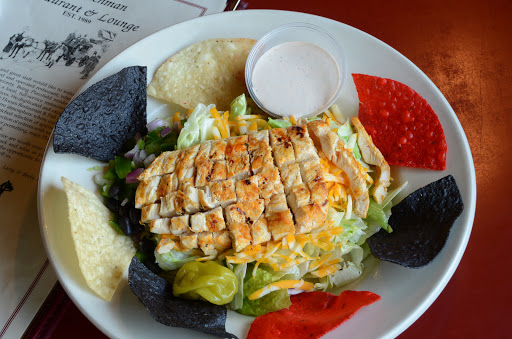 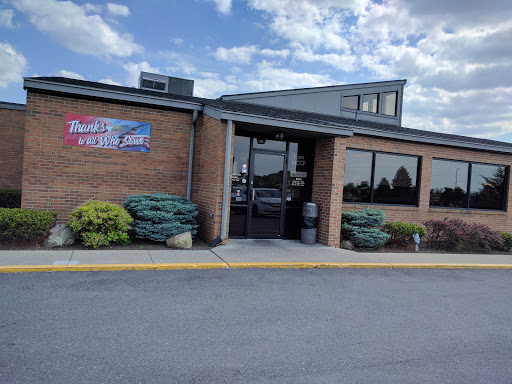 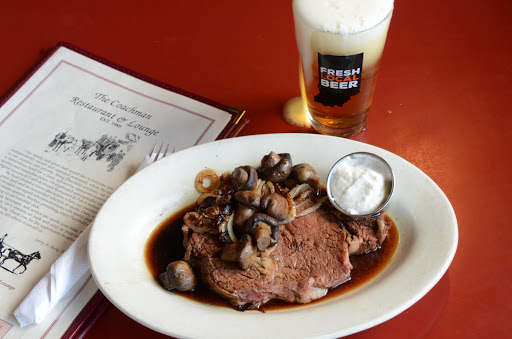 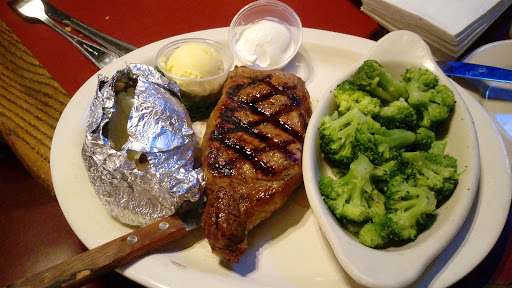 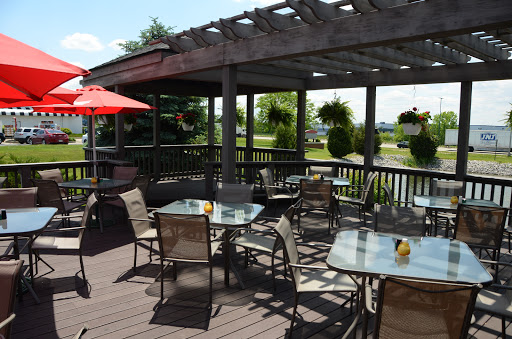 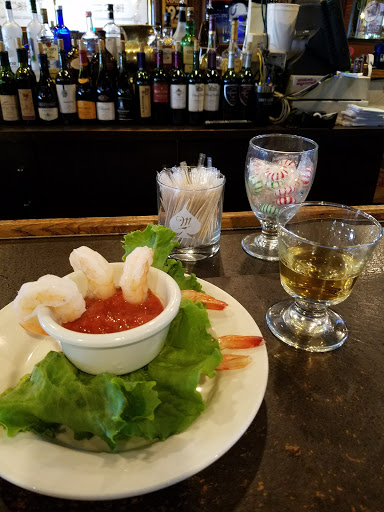 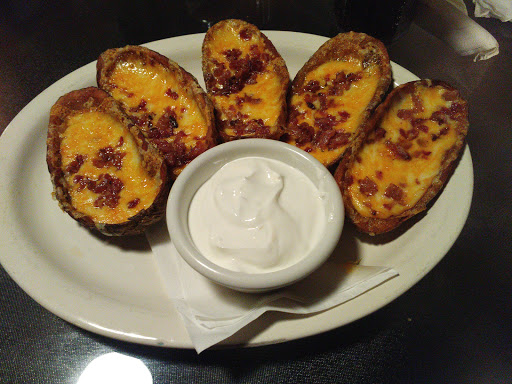 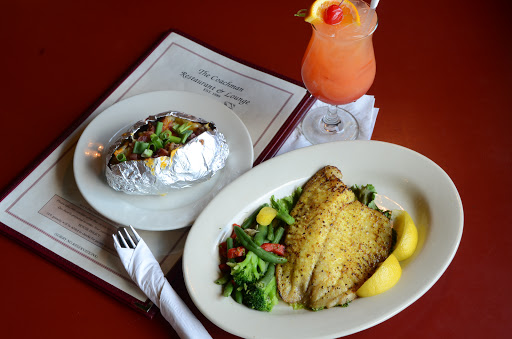 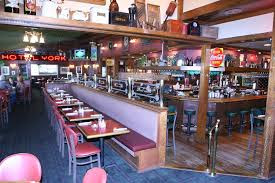 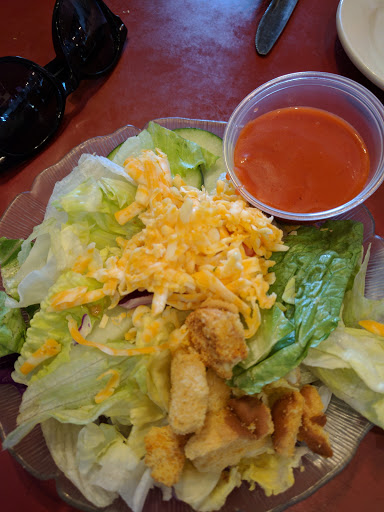 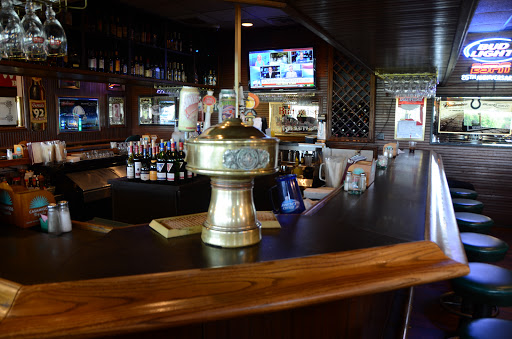 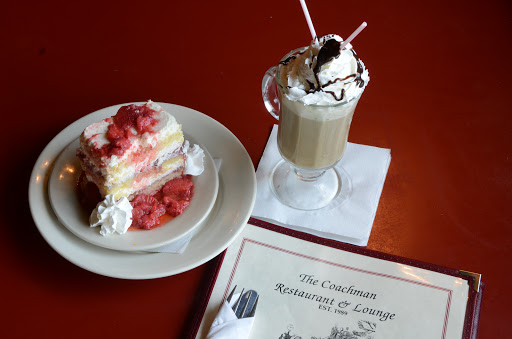 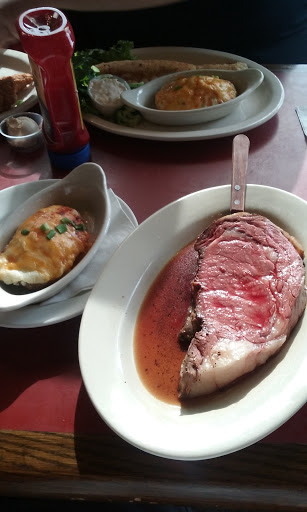 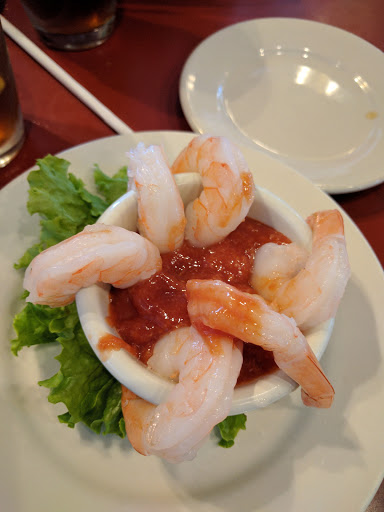