Left very dissatisfied with how an altercation was handled. As me and my party were preparing to leave the venue, another over served patron threw a bottle at our party, striking a member. We confronted the woman who threw the bottle and her party. The man with them tried diffusing the situation by talking to the host and apologizing to him, not directly to us or the person who was struck. The host never tried finding the person who was struck with the bottle, he instead went to clean up the beer and prepare the table for more guests. We then found the person who was struck at the front bar cleaning themselves off with a towel, they had been approached by a manager (named Abel) and he had apologized on behalf of the club and offered a $25 gift card to the club. Later finding out he, nor any other staff had offered a towel to dry the spilt beer off of our party, instead they had to ask for one. We then spoke with the host explaining we felt the party who had threw the beer should be asked to leave. Another member of our party made threatening comments twords those involved and we were ultimately asked to leave the club. When we entered the front room, we explained to the host that we are visiting from out of state and the gift card was of no use to us, we asked him to please bring a manger to the front for us to speak to. He explained he didnt feel comfortable leaving the party who had made threateneing statements alone without watch, to which we noted there was a door man who could keep an eye one them while he grabbed a manger. The host reentered the club briefly only to return saying the manager had offered the $25 gift card, and the invited us back into the club, minus the member who threatened other patrons, for a round on the club. We refused the offer as the party who was struck had a headache and did not want to drink further. The manager (Abel) never came and directly spoke with us, he instead used the host to pass messages along. We left the club very disappointed with their reaction to this event. I immediately called and asked to speak with a manager, when I finally got ahold of one (again named Abel) he stated that he never knew the bottle was thrown and he would have handled it differently had he been aware. He said he had spoken with the party who was struck and apologized, without ever trying to find out what happened he offered the gift card and stepped away. He then continued to go back and forth with me stating that we were the aggressors, and thats why we were asked to leave, which I never once argued, I know we escalated things one the bottle was thrown, I was only concerned about how the handled it and the fact that the gift card meant nothing as we live elsewhere out of state. After a rather heated exchange over the phone he (Abel) simply stated he would refund the cover charge and promptly hung up the phone. This is by no means customer service, they over served a individual which lead to the incident stated above and refused to take appropriate actions to correct the situation. I can neither return nor recommend that anyone go to this establishment as they are more concerned about money spent over customer service and well being.

Open til 5 everday!! Awesome! Been there a few times one for a guys night out and once for my brother Steve’s bday party. It can get packed late like after 1230 so go early on weekends. Tip: if you see a girl you like, grab her right off, or tell the host guys that are helpful, but don’t wait - I was waiting for one gorgeous Romanian(???) girl who got swept up into a private VIP suite. It worked out, I found another, there are a lot of hot girls. Oh they also do 2 for price of 1 dances. So it’s 2 dances for $30 and you get a drink card worth $25 or a poker chip for free stuff. Makes it like free. Oh, waitress and shot girls fun and hot too

I went here and just smdh. Me and 2 guys just hanging out for the night. The door charge is 18$+6$ for parking, then NOBODY greeted us when we walked in. Had a 7$ beer and bounced. I dont know how they make $$$ with those busted ass chicks. One girl was built like a ruler and she had the nerve to try and shake her ass. Lmfao!!! Then they charge 30$ for a dance smh. I would say only 3 girls are worthy of that and Im being nice. There wasnt a very large selection of girls maybe 2 African 2 Mexican and rest looked like they were on coke all night. I will never go back or recommended anyone to go(unless you like getting robbed)

Once inside you can sit at the obscenely small bars, or you can pay(according to the suited man just standing around) to get an actual table. It seemed more so like he was trying to get a big tip just to let you sit down. At the bar its crowded most nights so basically youll pay twice just to get a decent opportunity to interact with the girls without flagging one down behind drink lines and waitresses. Besides that the girls have always been attractive and friendly, unfortunate about the management side though.

MY WIFE AND I DECIDED TO GO TO THIS CLUB WE HAD FOUR DRINKS THE BILL WAS $26.00 AND WE PROVIDED THE WAITRESS WITH A CASH TIP. WHEN I CASHED OUT I SINGED MY BILL FOR $26.00 THE NEXT MORNING I LOOKED AT MY BANK ACCOUNT AND I DISCOVERED THAT THEY HAD OVER CHARGED MY DEBIT CARD IN THE AMOUNT OF $100.00. I TRULY BELIEVE THAT THIS WAS NO ACCIDENT I FEEL LIKE THIS IS AN ONGOING PROBLEM THEY TAKE ADVANTAGE OF COSTUMERS AND MY ADVICE IS TO ANY ONE THAT GOES THERE DO NOT LEAVE AN OPEN TAB USING YOUR DEBIT OR CREDIT CARD.

I was back in Chicago for a week, friends and I hit up a few different strip clubs, this was the best for number and variety of good looking girls. Drinks were priced normal for a club. We did a bottle booth, the bottle was only like $225 which is good in a club and since open til 5 we were able to sip and trip all night. Everyone having a good time and girls fit and look good plus no weird vibe from the staff, everyone friendly even the guys/ managers/ hosts. Next trip back I’m sure we will go again.

Worst strip club i ever went to. The cover charge is $15. Vodka and red bull is $10 and lap dances are $30. How are you going to charge $30 for a lap dance and just slowly move on top of me fore 3 minutes. 1 position the whole time and it wasnt even interesting or a turn on. This place is a rip off. Ive been to different strip clubs around the country and Scores is the least entertaining strip club in the country. FYI the sexier the girls look, the less entertaining the club will be. 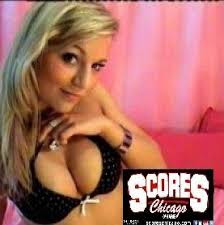 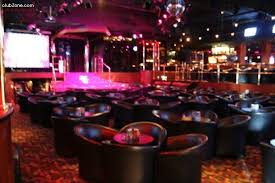 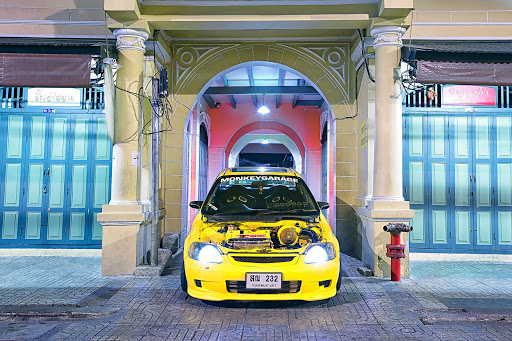 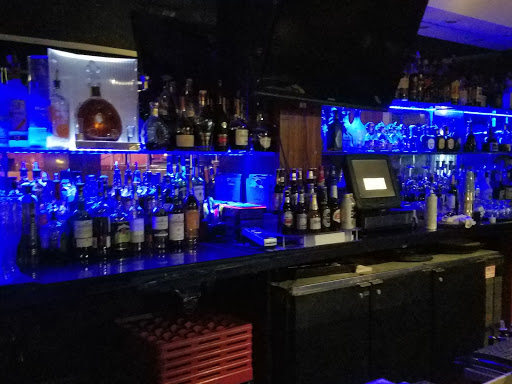 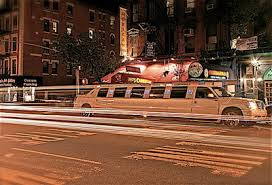