I would never consider returning. The customer service is horrible. I was purchasing drinks and there were three employees just standing at the register bad-talking the previous customer because he had no cash and the credit card machines were down so he couldnt pay for the food he requested. The 3 girls had a whole conversation bad-mouthing him right in front of me while I was waiting for my change. When they were done, the cashier finally gave me my change. I proceeded to just continue about my day and went to the mini-golf course to discover that the course is probably the most boring and plain course Ive been to ever. Since I had purchased 2 rounds of minigolf I used the money of the second round toward just purchasing wristbands (since the course was too boring to go around again.) My nephew is 42" tall so I purchased his wristband and a companion wristband (for myself.) No one explained that I wouldnt be allowed on the go karts (hello!! my nephew cant drive one alone!) My nephew got on the rides and had some fun on the little rides for kids. I went to take him on the go-kart and the attendant told someone that he didnt have the correct wristband so I was checking to see if I had the correct wristband for that specific type of gokart- I was told that I did. He let me us get on the karts and put on our seat belts and returned to tell me we had to get off because we actually didnt have the correct wristband and I couldnt drive the kart. I explained that I purchased the pkg. for mini golf, go karts and rides. He said mine was just for companionship on some of the rides. I went to ask for the manager and one of the cashiers quickly came off with an attitude. As soon as I asked for a manager she rolled her eyes and asked "For?" instead of showing concern. I told her I wanted to file a complaint. She spoke no words to me until later when I was telling the manager all of my experiences and she decided to start arguing with me. The manager asked her to back away. Even when she had called the manager over, she told another employee and they both looked at me and started laughing. I wasnt rude to anyone there until that girl started arguing with me when I wasnt even speaking to her. The manager offered to upgrade my wristband for free. I declined because I honestly just wanted to leave. She gave me a refund of the amount I payed with my credit card (so not the $7.50 I used to pay for the wristbands with the Zoomers card or the $7.50 for the first round of mini golf.) But I didnt mind because I know my nephew did use some of the services and still had some fun. The manager was not rude at all and seemed honestly concerned with the behavior of her staff. I just hope that she can do something about having them coached on how to provide better service. She was the nicest and most logical person there, which is probably why she is the manager. She handled the situation as best as possible considering the predicament her staff put her through. The reason I wouldnt return is because I just wouldnt want to run the risk of horrible service from the moment I walk in again.

I will say that my 4 year old loves this place and we do not have many other local options that I know of so we continue to go. It really is nothing nice or special to me, but my son has nothing to compare it to and is easy going just having fun wherever. I do appreciate their FL resident wrist band, because without that it would be in my opinion too expensive for the quality. I have not tried anything here other than the small kids ride section they have, the bumper boats & gokarts so cannot comment too much on anything else. Their gokarts are nice. The ride section is very small & nothing elaborate but my son enjoys them. My main complaint would be that it seems to be highly under staffed and people seem to have to wait for an attendant to come over to be let on rides and once there is staff present, other families start coming and if your child isnt doing what the others are you will end up waiting as it seems to be only one worker present often. There needs to be more staff and organization around assisting with the rides, it is unacceptable in my opinion to make young children with short attention spans and lack of patience etc wait extended periods for rides in which are far too overpriced. I also would appreciate it if I was allowed healthy outdoor food for my child to be brought in, as it says no outdoor food or drink. I am sure the cafe has poor quality nutritional food and is overpriced. I appreciate being able to provide my child with healthy snacks from home when out and about, that would be nice. Overall, I am happy the place is a local option *with the wristband.* It gives my son a lot of fun for an hour or two and the staff has been very friendly with him. I just would be lying if I said it was reasonably priced or that it was extremely nice quality rides with lots of options/reasonable wait.

First of all, let me just say that theyre SEVERELY under staffed. Every time I go, it takes literally 20 minutes for someone to let you on the rides they have. Not only does it take forever, when the staff sees you waiting, they try to avoid you. Secondly, if you have young children, I wouldnt bother getting them a wrist band. They try to charge you to do ANYTHING with them, including their tiny, below average miniature golf course. I went with my one and six year old and they expected them to play by themselves. I could see if they were older, but seriously, one and six?Not only that, but they have never tried to do that in the past. And finally, when I asked to speak with a manager, she finally came out and tried to threaten me by saying she was going to "investigate" whomever let me go the times before, which I promptly told her wasnt my problem. She offered to show me where it specifies their ignorant policy on the brochure, which she never did. I personally looked and it doesnt state that anywhere on there. I asked for her bosses number which she failed to provide. Im a business owner myself and if any of my employees ever spoke to me as condescendingly as the manager Karen did to me, they would be fired, since she clearly lacks any costumer service or people skills. Anyways, I suggest saving your time, money, and gas and going to Mike Greenwells instead.

TERRIBLE!!! not a park that will amuse you a lot , the arcade is ok , but i when there specially for the go-kart and it was not a lot of fun , the go- karts are not well maintained , there speed are inconsistent , in one point i was driving a go-kart that was making a strong noise on the axel , i told one of the staff member about that issue, i was told to keep driving like that, not caring about my safety, i complaint about the go-kart speed to , i was told that is not there fault that the kart was super slow, there was people running and jumping the bars to cut in front of the line ,making it unsafe and unfair for the other people waiting on the line , i told that to the staff , i was ignore , is like the customer service means nothing to them. The go-kart waiting area was nasty dirty , super hot due to the go-kart emissions probably a coupe of fans would help with that issue , but they are probably so cheap ,i bet thats one of the reason they didnt do it in the first place , i found BLACK WIDOWS NEST ON THE SITTING AREAS it was terrifying , i told the staff and you guess it , they didnt care .Its funny that they when up in there prices since the last time i when there but the place and the staff got worse. its like they dont want people to go there. i will rather go to Orlando than coming here again. 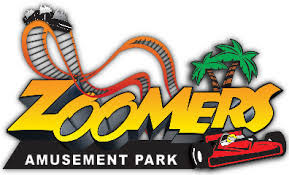 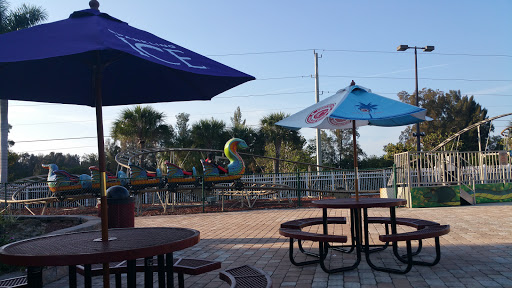 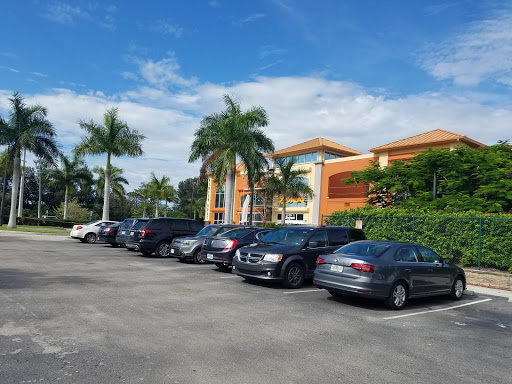 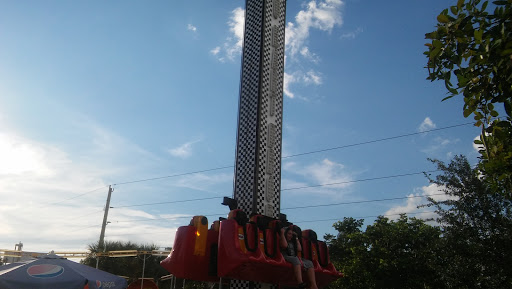 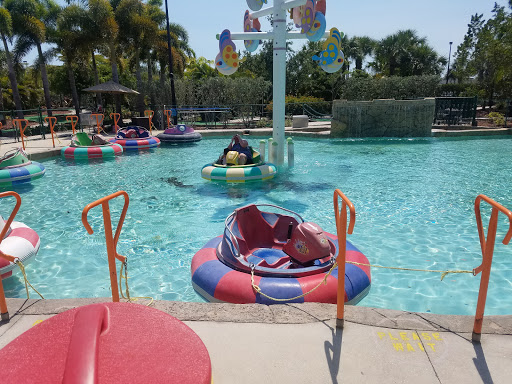 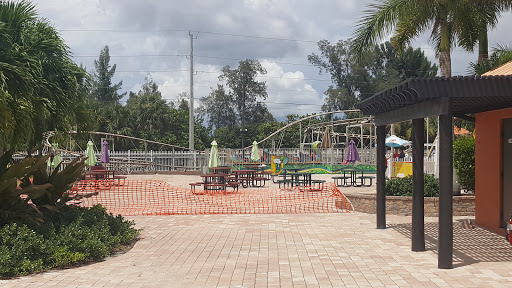 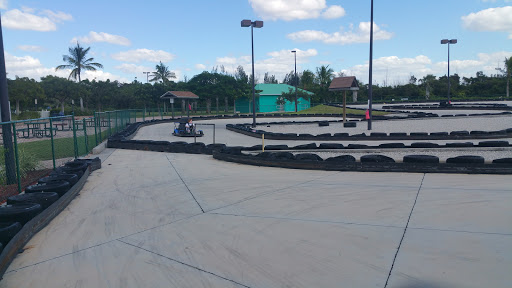 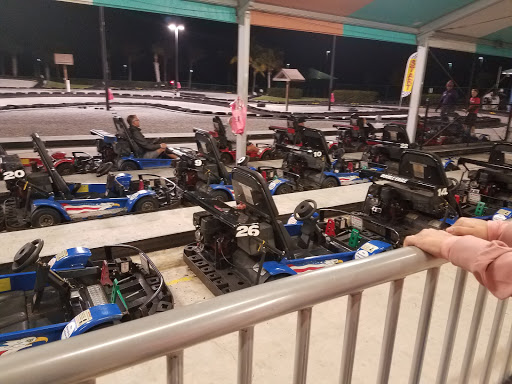 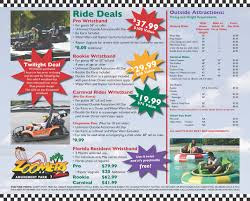 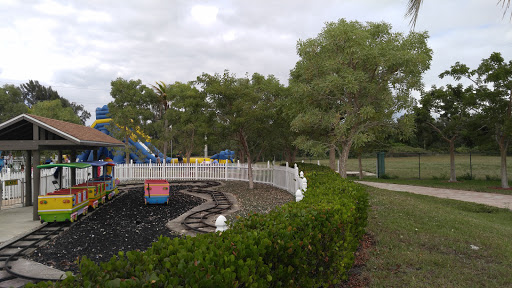 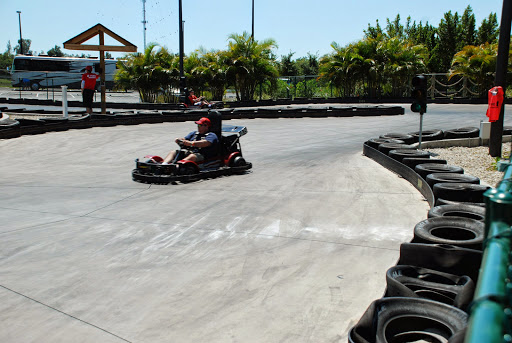 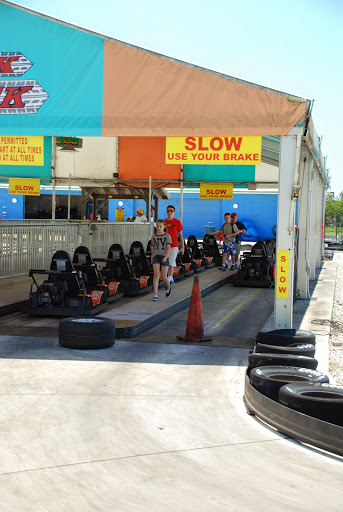 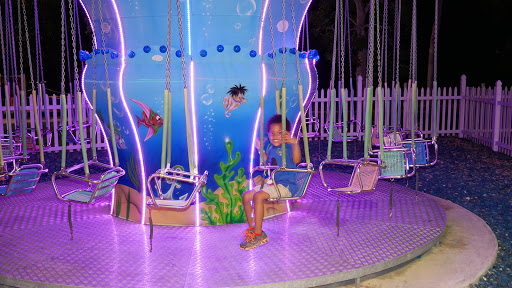 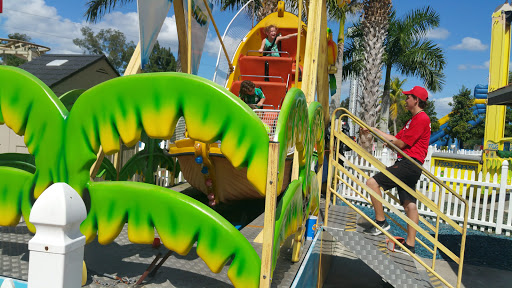 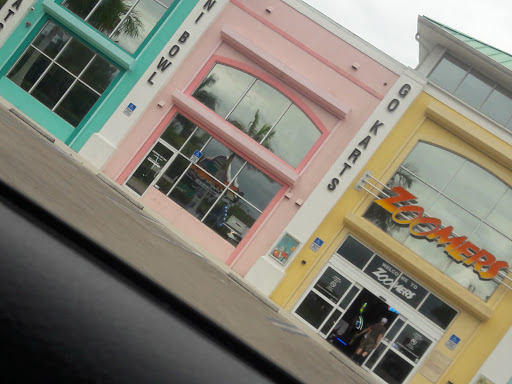