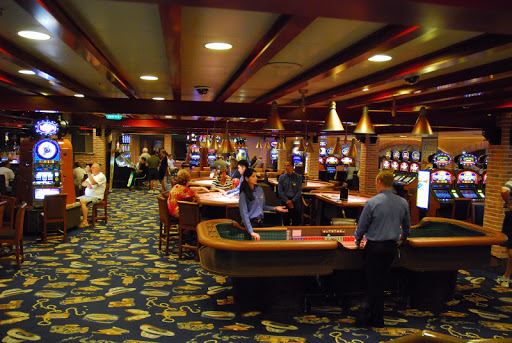 I love the way the comp system is at this casino. I grew up around casinos in Reno, NV and always hated how other casinos did their comps for food. I love knowing as long as I play the two hours that I can at least eat at any of the restaurants or the buffet, which is my favorite buffet especially Tuesdays with crab and steak. Its not the cleanest casino or fancy, but that doesnt matter the most to me. They do have a good sized non smoking area and love the drink stations. The dealears are usually friendly and happy to help with advice. The slot machines have a good selection of games that I like. The biggest issue I have with the casino is the dining staff. I love the food quality, but the workers seem to always be in a bad mood or are non efficient. It seems like since they know people will eat there with the comps that they do NOT care about customer service. The asian deli is the worst as far as wait times and they are always extremely rude. The main reason for writing this review, as it being my first review ever, is because of a horrible experience I received. I played, got my comp, and went to the asian deli. I ordered the teriyaki combo and the order taker Beatriz repeated teriyaki combo back to me and I said yes, then also ordered a clam chowder soup and she rudely said no that they didnt have it. I said okay and then said I wanted the spring roll instead then for the appetizer. She then said they got clam chowder and I said ok. She said the comp didnt cover the balance and had to pay a little extra. Beatriz still being rude threw the change toward me and gave me the receipt. I went to my table angry that she was being so rude and looked at my receipt. She put my order in wrong for a seafood soup instead of the teriyaki combo and that was why there was an extra charge. I went and told them that my order was taken wrong and Beatriz got mad grabbed the receipt and went in the back to tell the cook to make the teriyaki combo. She came back in a bad mood and told me that I ordered a #51 which was the seafood soup. I told her no, that I didnt even order by number and said teriyaki combo. Instead of her trying to take care of it, she wanted to argue with me and said no that I ordered a #51 rudely. I was so mad that I just walked away from her. I normally try to be patient and understand that mistakes are made, no one is perfect, but Beatriz started it rudely and was not friendly at all throughout the whole problem and wanted to just argue. She shouldnt be allowed to work with any customer service position until she can learn how to treat people. This isnt the first bad experience that Ive had at that deli either and only go back because my girlfriend likes the food there. If it wasnt for the bad customer service at all of the restaurants, I would more likely give 4 stars for the review.

Total Dump. Mostly impersonal dealers. The people working there largely seem to not give a DM about the customer and often, one feels like you are bothering them to do their job . They have this screwy system where they dont actually track your play for comp points for dinner, etc but they give everyone who plays for two hours straight a $25 buffet comp. You have to stand in an often slow and long line to "check in" before your play and then stand in another long line after your two hours are up to pick up your comp, if you get it at all. I had a guy in front of me.in line who said he lost $500 on the machines and they told him because he just sat and watched his wife play for the last 15 minutes because he spent his limit and security noticed he wasnt playing so they refused to.give him.his $25 comp. When you go to this counter, the employees often dont make eye contact with you, carry on personal and often inappropriate conversation with co-workers and are in general, just rude. This place has a total ghetto approach to most everything it does. Even the names called over the PA for a table being ready etc are done so unprofessional that it feels like an airport PA. If you think this is sour grapes because we lost money here, think again.y.gf took several thousand off the blackjack tables and I.won quite a bit too. But, the overall stench of this dirty and dungy pit of a completey mis-managed casino makes even winning lots of money not as fun as it should have been. Lots of much better choices out there for your casino entertainment $.

Hello... This is my first bad review. Everything at Emerald Queen Casino/Hotel seamed like a scam. The slot machines only pay in vouchers witch can only be cached in at hotel or casino, depending where you won them, [ hotel is 2 miles from casino ] people dont want to drive 2 miles to cash out....seems like a scam Roughly 15% trieble tax on hotel room, [ they dont tell you about until check out ] seems like a scam... After reserving room over phone, and giving them credit card info, was told...if I cancel reservation, I will still be charged full price for room seem like scam... I dont smoke, this place smelled like a dirty ash tray, after being poured in toilette, they need better ventilation. Instead of free drinks, they charged about $ 5.00 ea. [ and they where metered ] The buffet....gross...$24.95 each. That was the worst food you could imagine.[ and Ive eaten at soup kitchens before ] Surf & Turf...cold crab and lobster claws and the prime rib was pot roast, Ive had better food at McDonalds. [ After dinner, I bought a pizza ] Im embarrassed for inviting our friends for dinner. I won money, My wife and I knew when to quit, so Im not writing a bad receive, because we lost money.... The employees seemed nice, unfortunately, every time we asked where to go for the shuttle, to the casino / or hotel, you had to ask 5 employees to get an answer. [ there still studying treaties ] No......... I would not go back.....

Im only giving this place one star because I had fun hanging out with my lady and our friend playing the machines, but I would not recommend this casino to anyone after visiting tonight. The "comp" service is a joke and "management" was just as laughable. Terrible customer service and "tracking" of legitimate players felt biased. There is definitely group discrimination going on in this place. Our friend was having a hard day so we went with her to cheer her up. We were told upon arrival that after gambling for two hours, we would be eligible for a $25 food comp, so we stayed and tried out all of the machines that looked fun and stuck around on the "quick hit" for the majority of our time. When it came time for us to go, we were insulted and accused of only betting 1cent and not gambling enough. There were no guidelines given to us on minimum bet requirements and with my ADD I sure am not able to stay at one machine for too long if Im not winning... Anyway, we took this complaint to the floor manager, Johnny, and I think hes probably a nice guy, but he has no customer service skills and was openly yelling at my partner during their conversation. This place seems fraudulent and scam-ish. I wouldnt waste my hard earned money or valuable time in this place again. Lastly, I will say that there was a very kind security officer outside when we went for fresh air and a bartender who makes awesome virgin strawberry daiquiris that deserve 5 stars. 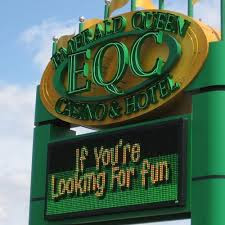 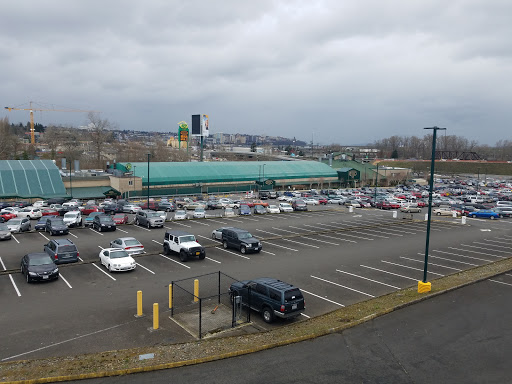 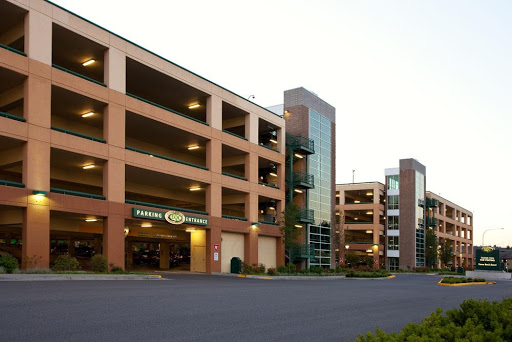 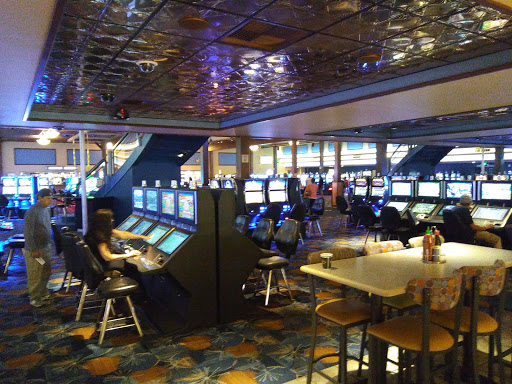 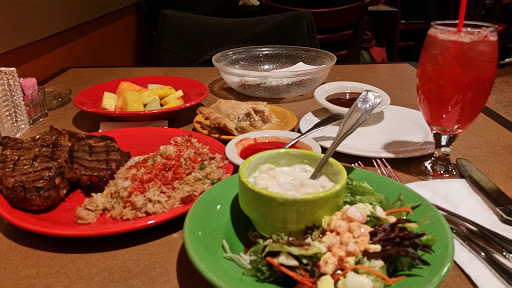 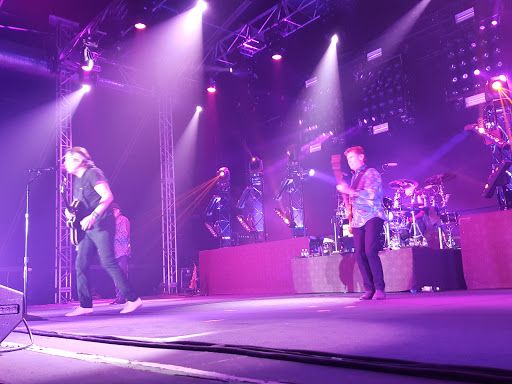 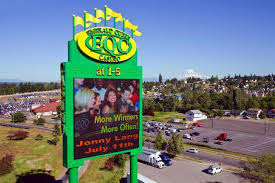 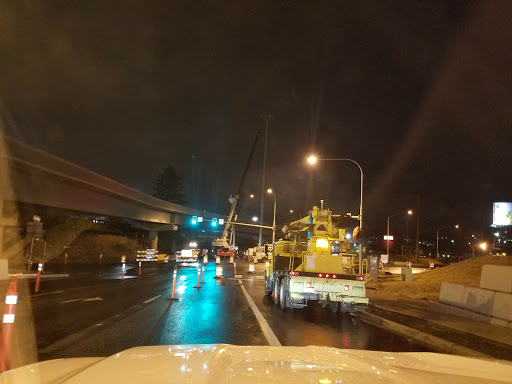 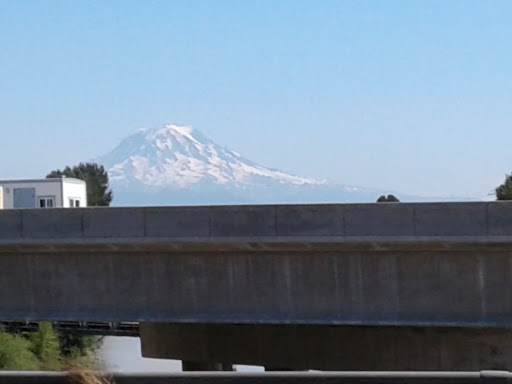 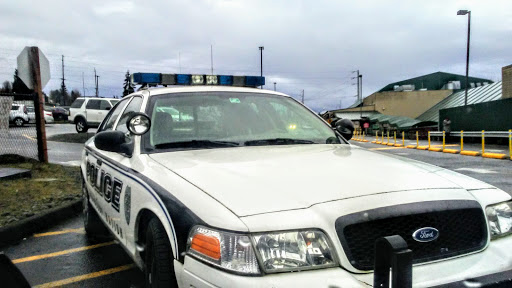 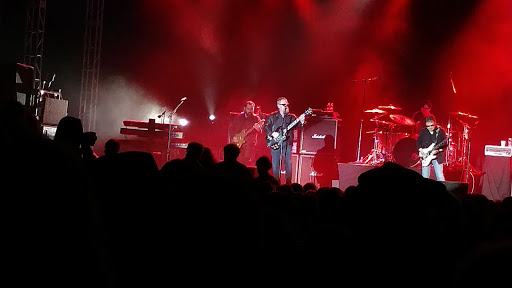 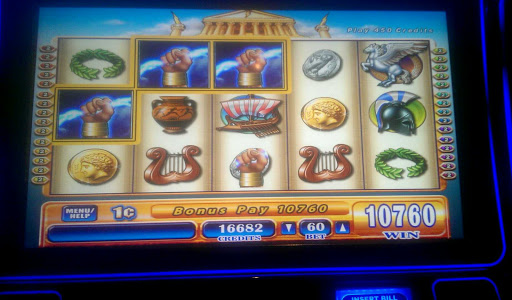 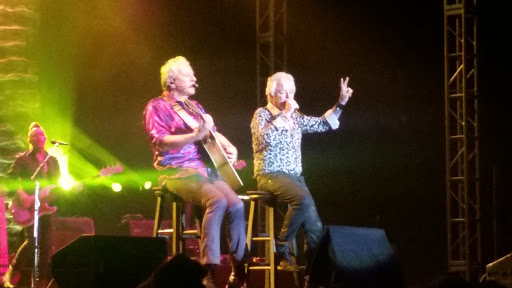 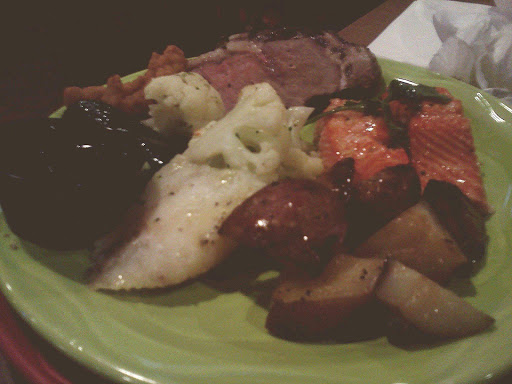 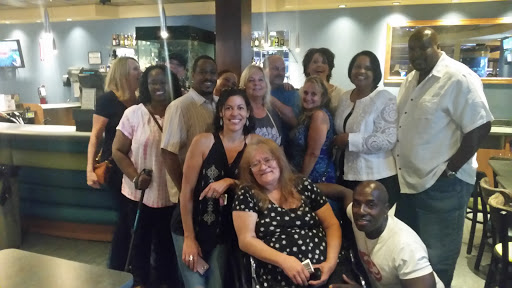 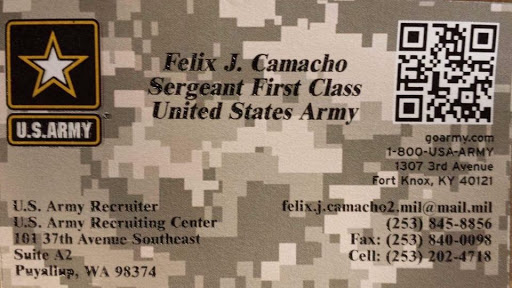 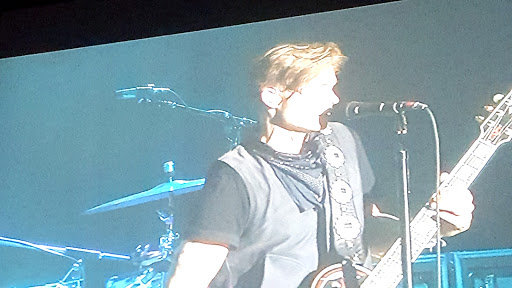