This place used to be the place to go to for an awesome time with friends and family. Unfortunately, there isnt a NO star for this review. When you come back home for family visits this is the last thing youd think would happen. Well tonight was the worst experience & Im sorry I even made the reservations. Service with the cashiers to the doormen were barking rude from the start. Yes we had a minor in our party but there is no reason in hell to treat her with such utter disrespect. Wed lose the waitress & then once she was found was put off that we mightve needed something. The food/steaks were mediocre. Fried pickles tasted like a bucket of saltlick and even though we had to cook our own steaks (part of the charm of whatever) the said minors order didnt arrive to the table until most of us were halfway through the meal. Veggies for the cheeseburger tastes frozen & onion rings had major bath of beer making them inedible. $151 (tip included) later (I feel) we were screwed out of, we now know that this a place to NEVER to go back to. Be safe & beware because Im now feeling it all come back up toooooooo.

I was a little reluctant to go to this place after reading the reviews. We recently moved to Royse City and found this place on the map. My wifes birthday was January 30th and she wanted to try this place for dinner. I called and left a message for a reservation. My call was returned and reservations were set for 6:30pm for me, my wife and her parents. All 4 of us had the same thing, the Ribeye. We paid the $2 bucks and had them cook it up. My Father-in-law had 3-4 beers. Our tab was only $60 because we were there for the early-bird special. The price for those steaks and that meal was superb! Everyone we dealt with was super nice! From the front door to the waitress to the man that opened the door for us on our way out telling us to have a wonderful evening. Well be back very soon! I highly recommend you giving this place another try if youve previously gone and had a bad experience. And, just treat people with respect and youll surely be treated the same way!

Worse experience ever. Nothing like the old SJ I grew up with. The staff was so uptight and rude from the minute we entered the door. They do not allow any aerials bc someone may get hurt and for safety reasons. Last I checked we are all adults and responsible for our own actions as well as performing safely. We dipped at the end of a song and again got scolded for my feet leaving the ground. Shame on you for ruining a good dancing experience and pushing paying customers out of the door. I will never return and definitely ensure all my friends know of the poor experience. There are much better bars that do not have such ridiculous restrictions. We danced at the Corsicana Opry last week and they cheered and encouraged good dancing

we went this past Saturday night to see the Marcus Lindsey band (they are awesome, have been following them for 2 months now) took my step-daughter and her husband. got there around 7:30, it was packed alot of parties I think. our table was way way in the back, and I swear it took us over an hour to get our steak. we should have cooked it ourselves. the waitness brittany was wonderful- it was not her fault. my rib-eye was a bad cut- nothing but fat and one person in our party steak was way undercooked- my husband had to go to grill and cook in himself. it looked liked to us there were only 2 cooks. we complained nicely several times along with other people. cmon SJ get it together- great place to go......

Generally a pretty good place to spend an evening. $4. for a bottle of beer :( Usually a friendly crowd. Staff too, for the most part. Be sure you like the band that will be there because its a killer to have to listen to garbage all night. Rob Dixons band is a good one. DJ seems to cater to the younger crowd though there are plenty of older people there, too. Also, I was a little taken aback by the DJs language given the fact that there were small children present. Certain elements of the dress code seem to be overlooked by the staff. With a few easy changes this could be a real honky-tonk. Bottom line: Leave the kids at home and go when there is a good band. Youll have a good time.

Southern Junction was recommended by a clerk at Lowes. I went there and found an enjoyable atmosphere. The prices were fair, food was good, wait staff was attentive. When we first arrived about 6:00, the music was low and we were able to talk over dinner. Later, the volume went up to good level for dancing - not ear piercing. The DJ played mostly new releases - most songs I didnt know because I havent listened in a while. Band, Big in Vegas, play popular sing-along cover tunes. Overall my wife and I had a good time. Id like to invite friends to meet us there the next time. Kids are welcome with parents and they have the opportunity to experience a good Texas Honky Tonk.

The steaks were talked about by everyone, and I was super excited. I love a good steak. When I got my meal however it was more grizzle (sp) and fat than anything. I went back again several months later and thought Id try again and maybe it was just an off night. The 2nd steak was even worse. The dance floor is big and the sound is great but Id stay away from the 20something dollar steak that is about as tender as my shoe. Also who ever was grilling should turn the grill down a tad. The steak was too cold or the grill was ridiculously hot or the steak forgotten because one side was charcoal level charred.

The service was HORRIBLE! It took over three hrs to get something to eat on a thursday nite. We had to chase down a waitress over and over. Tried to order more drinks but finally just gave up after one. Our salads came out 15min AFTER our steaks. WE didnt even have silver ware and when i got up to get it myself i got an attitude for not having it in the first place. (what?). I had to take the salt and pepper from another table. We were never ask if our food was good or right and we had to ask three times for our check that has incorrect. People were lined up to complain.

Fun fun fun place. Come one, come all to this very inviting, very Texas ambience. I cant think of a better place to have dinner and country dancing and you can bring the whole family! Children can stay in the nightclub with you until 10pm. They allow minors and line dancing. Lol, which was a lot of fun. For an entertaining night without breaking the bank you can have your steak and eat it too. They have live music in Fridays and Saturdays. Wednesdays are 2-4-1 steaks and Thursday are flat iron steaks for a really low price.

I enjoy the concerts, but yall may want to consider seating couples next to each other instead of across from each other for your general seating. Us guys and gals like to hold each other during some of the songs. Very difficult when theres a table separating you. Ive seen many couples trying to trade seats just to sit next their date. Just a suggestion, cuz many of us change our seating anyway. 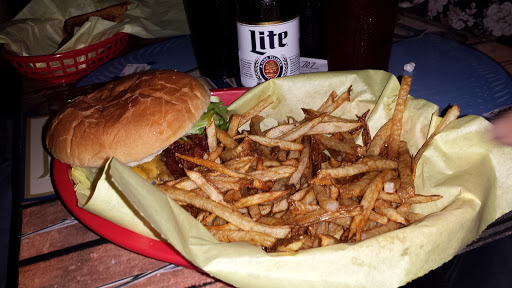 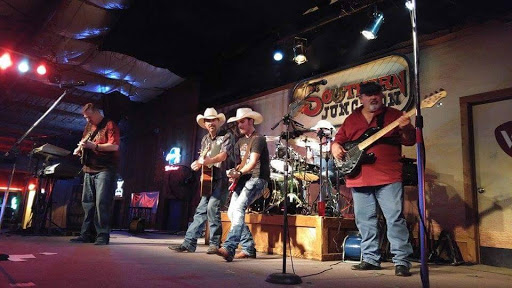 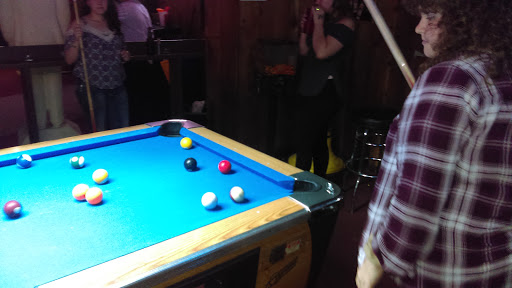 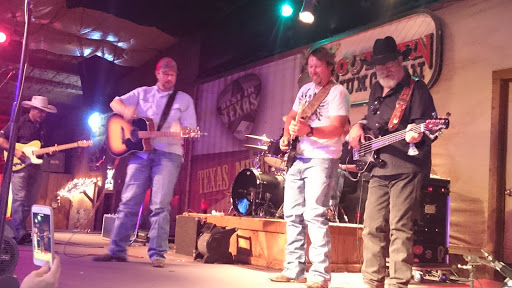 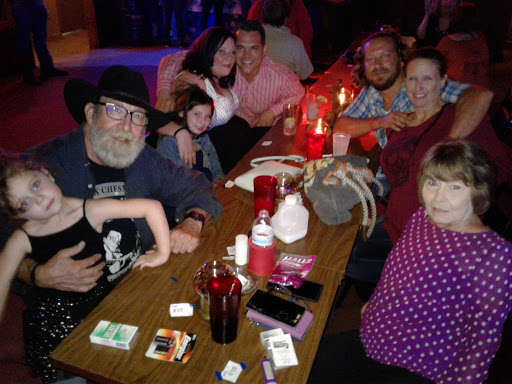 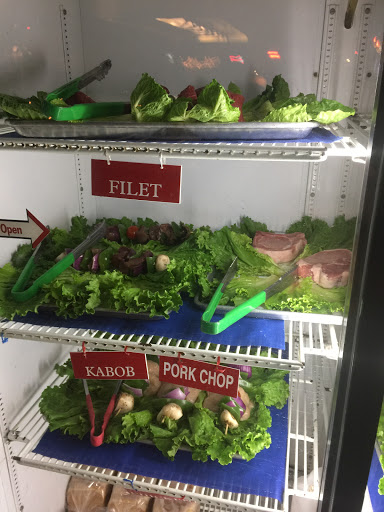 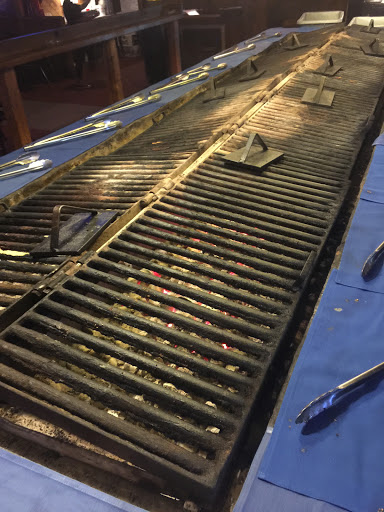 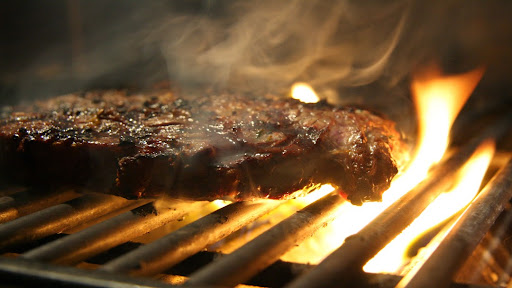 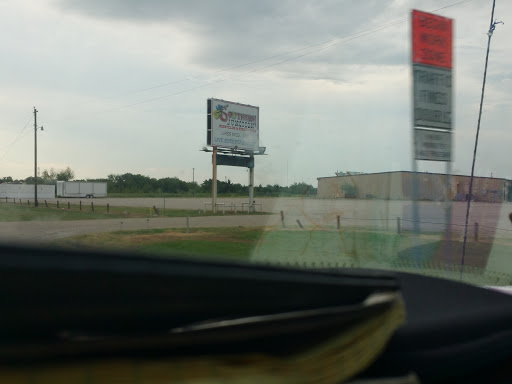 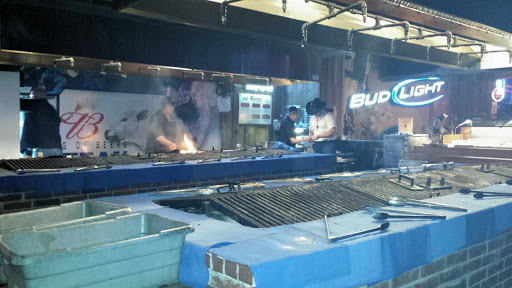 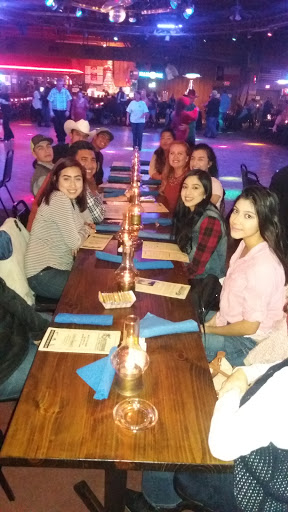 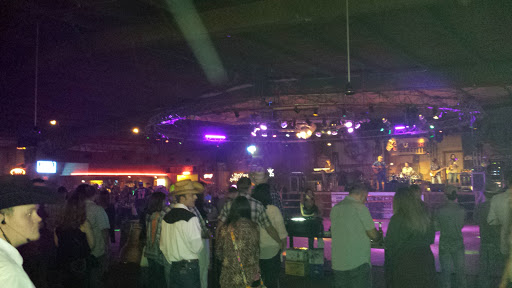 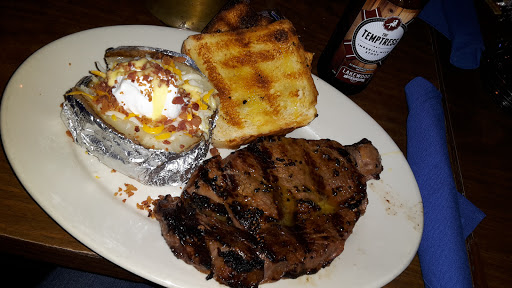 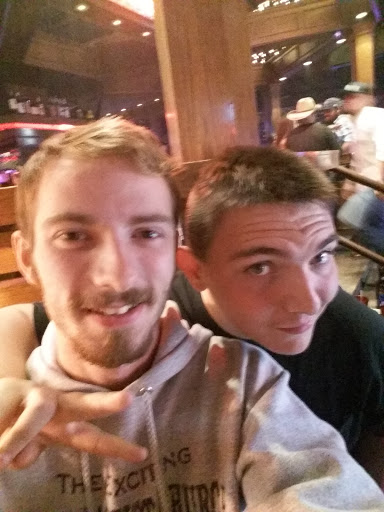 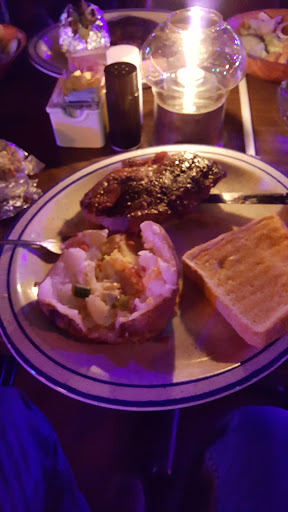 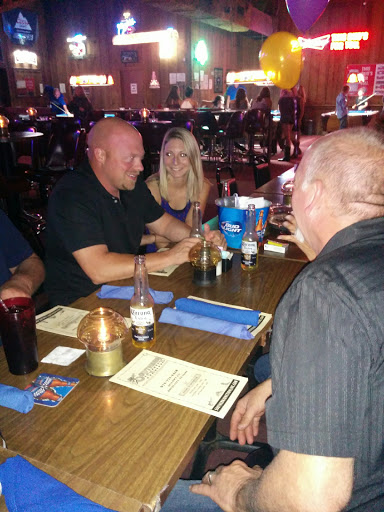 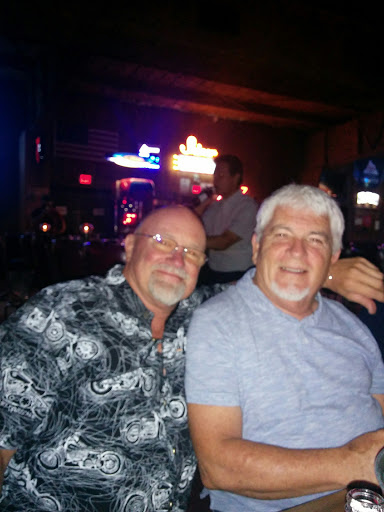 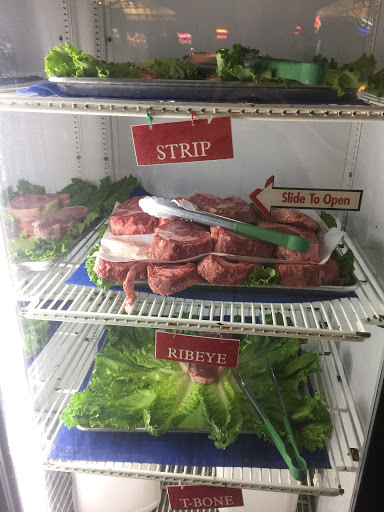