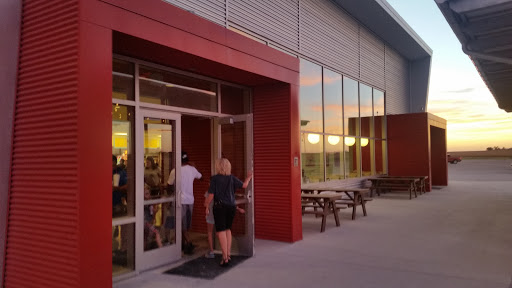 I frequent this drive in at least every other week. I love the atmosphere and its a completely different experience than a regular indoor theater. This was until last weekend. During the summer, the owners thought it would be a great idea to have cops patrol the grounds for rule breakers. During movie 1, the people in front of us chose to keep the trunk of their SUV open for the entire movie. It bothered me a bit, but it wasnt anything to make a fuss about in my opinion. I was enjoying the atmosphere of this packed theatre. Its why I drive an hour away from home to support this family owned business. During movie 2, a few people left which allowed me to move my car up a few rows, which I did. The movie starts shortly after we return from the concession area with our snacks. Good food and reasonably priced for a drive-in, in my opinion. About 30 minutes into the movie I hear a loud banging on my window. I cant make out who it is since the only light available is coming from the screen. I roll my window down to an upset person in uniform who advises me in the roughest of tones that I need to shut my car off. I ask him if it was causing a problem and apologize immediately for any disturbance. I am still unsure who this person is. I assumed that he was the person in the car next to me enjoying the movie. Without him acknowledging who he was, I ask him if he was security. He answers, "You cant have your car running and patrons complained." As he left, I looked around at multiple cars that had their engines running and trunks lifted higher than the screen viewing area. The experience was already destroyed at this point. About 10 minutes after he left I made the long trek back to the concessions area to speak with a manager about this experience. On my way there I could here the poor synchronization of the radios that people were using outside of their cars. Another reason to keep your windows up. I spoke with a young woman at the concessions area called Brianna who was very understanding about the situation. I explained to her that there was a light drizzle outside, and due to a hearing disability, of one of the patrons in my car, we usually leave the car on and enjoy the AC. Weve been to this theater several times over the past year and had no complaints. Also my car automatically turns off if the engine isnt running which causes us to miss parts of the movie, so thats another reason why we never switch off. On the subject of running engines, there were 2 cars in front of us at this movie that needed a jump start due to running their cars without the engine on. Ive seen this happen at multiple movies here. I hope the theater owners realize that in the original drive-in theaters, there were speakers provided outsides each car that one could choose to use if they wanted. This would prevent the delayed audio that I and others have experienced from the cars around us and also the issue of having your car battery die. I like the idea that you are willing to jump start cars in the event that you do have a stalled car though. I visit this place to get away from life, not to have to deal with the pettiness of people and cops with superiority complexes. Advise the cops that you hire for this gig if you must have them, to treat your patrons with the respect that they deserve and have grown to expect from your establishment. They are not on the beat. They are in a family establishment. And to my fellow movie-goers, dont be afraid to approach others if theyre interrupting your experience. Respectfully ask them to stop whatever theyre doing and Im certain that they will work it out with you. I have been on both ends of these conversations before and thats why Im surprised that cops were needed to patrol this place. Dont kill the experience for others. Also if youre breaking a rule, dont call security to enforce another rule that may be bothering your experience. Do as I did. Adapt.

July 3rd was the first time that our children had experienced a Drive In movie. My husband and myself had extensive experience attending Drive Ins in our mutual childhoods. (I still remember seeing the Last Starfighter; yes, Im older than dirts grandmother.) We purchased tickets for Inside Out, and Jurassic World. We initially had trouble finding places to view the screen because people had their rear gates up or were sitting in the back of their lifted trucks. We finally found a place near the front far left where there was nobody on either side of us. We parked our Flex, and let our children out of their carseats. We were excited because they were playing the old intro cartoons that we had remembered in our youth. A car pulls to the right of us with no issues. About 15 minutes into the movie Inside Out, another car pulls in to the left of us. 5 minutes after that, the man bangs on my husbands window and demands he turn off our AC and sit outside.(we have health and safety reasons for keeping our family in the car with the AC on.) About 10-15 minutes after that a sheriff is shining his light into our car directly into the eyes of our young children. (Dad was laying down in the "way back" trying to relax, myself and the two kiddos were in front watching the movie.) Dad gets out to talk to the Sheriff who advises that the manager Nathan and owner Ryan wanted us kicked out due to our engine being noisy. The two LE were very kind and realized we were running the ac for our two children, the youngest of which impulsively popped out of the window to say "hello" and then proceeded to give his best purple minion impression. The LE go over to talk to the manager, then we observe them pulling the man by his arm to the side, and hear nothing else. No demand to leave, nada. However by now, we had missed a substantial portion of the movie (I still have no idea what happened to "Sadness" or why "Joy & Boing Boing" ended up in the pit.) That was the movie we had specifically come to see, and we didnt get to see it. We reached out to the owner to give him the opportunity to fix the situation and learned that the Sheriffs are security but using their Sheriff uniform (confusing two separate roles) That the owner Ryan gave the guy next to us (who arrived late, and kept creeping back and forth past our window) free passes "to leave us alone". Ryan apologized to my husband but did not refund the money we spent on the movies (that we didnt get to see due to his clients antics that he rewarded, the sheriffs moonlighting as his "security" in their Sheriff uniform, and Ryans antics) We will be filing a complaint with the ADA, contacting our bank once the charge is out of pending, and exploring the pursuit of legal remedies to whatever extent that may be. That was a horrible experience and we have no intention of ever utilizing their services again.

This was my first trip to a drive-in movie. I wasn’t sure what to expect, but it was pretty good. My main complaints are that it can be hard to see the screen, especially if the movie is dark, the sun is still out, or there are many large vehicles in the parking lot. The other issue is that it is hard to hear well if you’re not inside your car and don’t have a boom box or something similar. The ‘50s theme works really well. Everything is clean, and the decor has a consistent, family-friendly, patriotic aesthetic. The parking lots are very large and have room for plenty of cars. The restrooms get very crowded between movies, especially the women’s. We saw Cars 3 and Pirates of the Caribbean. There are rules they give you when you come in, but many of the people don’t follow them, especially those regarding turning engines and lights off and keeping hatches and tailgates low. We enjoyed the movies, but the experience was definitely not as immersive as a traditional theater or a good home theater. I recommend going when the weather is good. We were hot at the beginning of the second movie and cold before it was over. Some lawn chairs and a boom box are good accessories. The staff seem very friendly, and the movies pair well. The line to get in tends to be long, so come early. 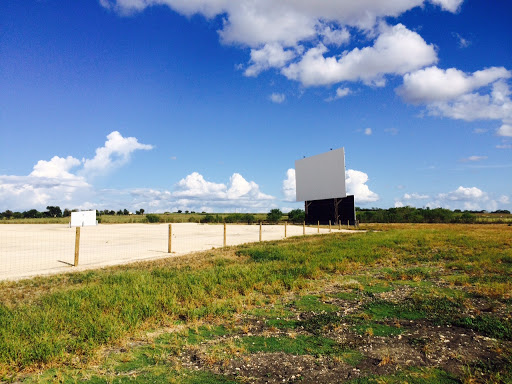 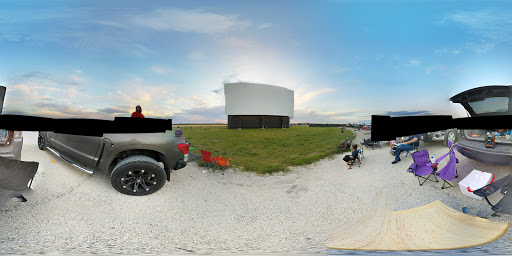 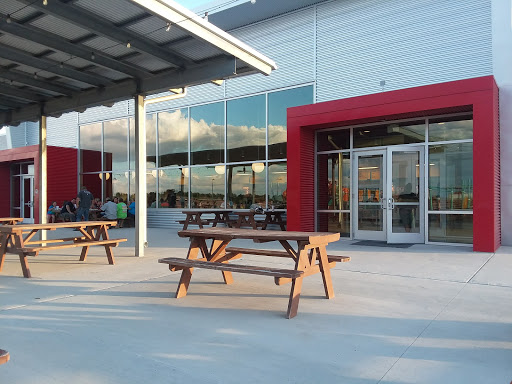 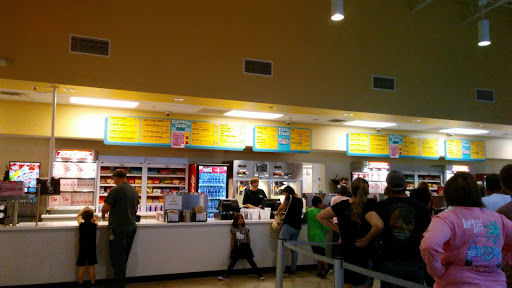 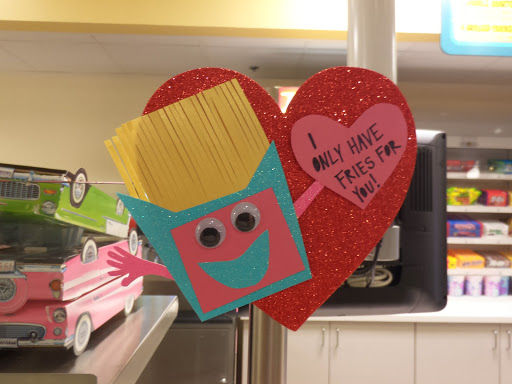 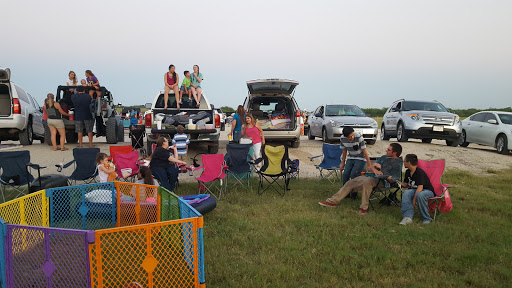 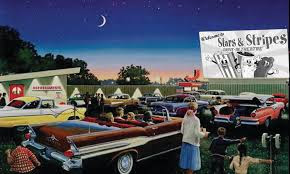 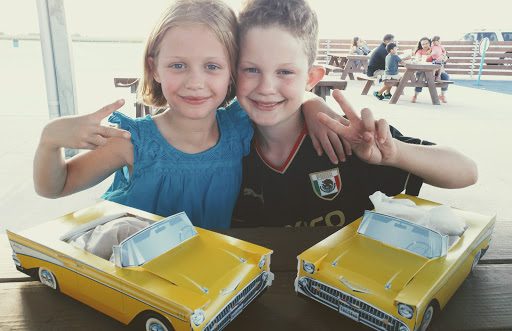 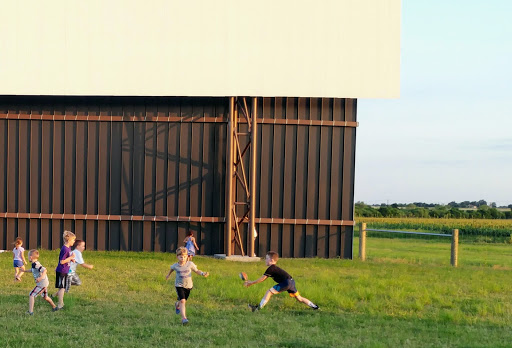 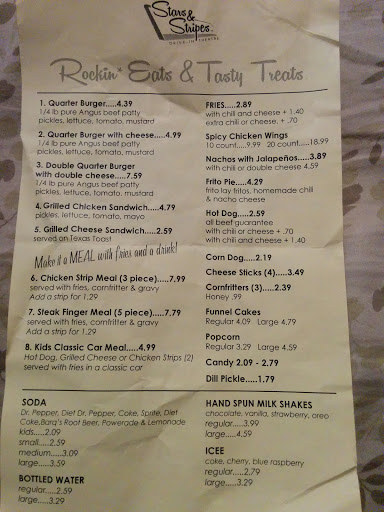 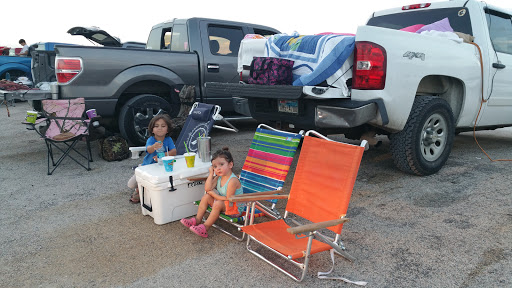 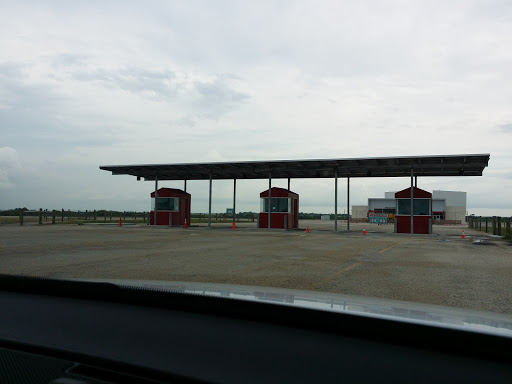 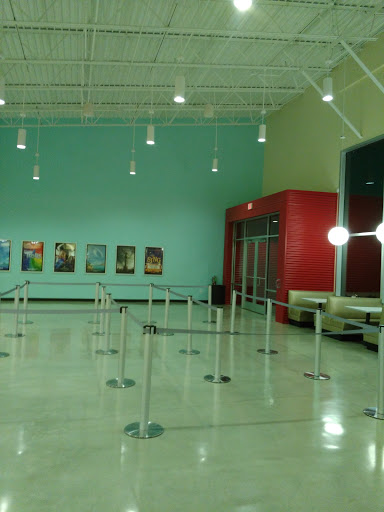 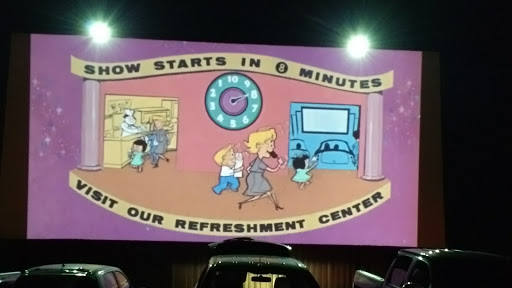 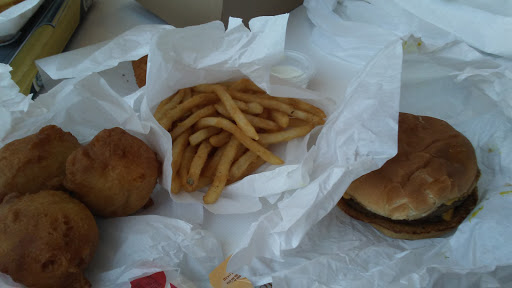 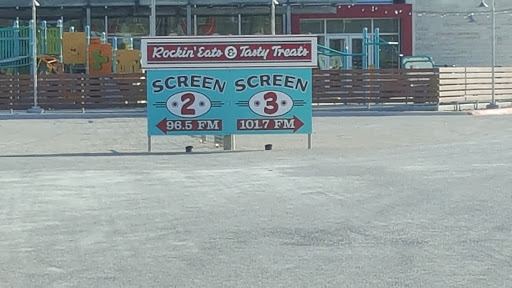 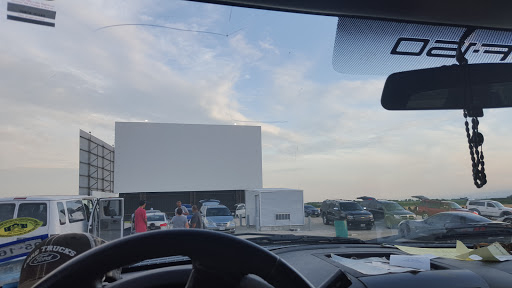 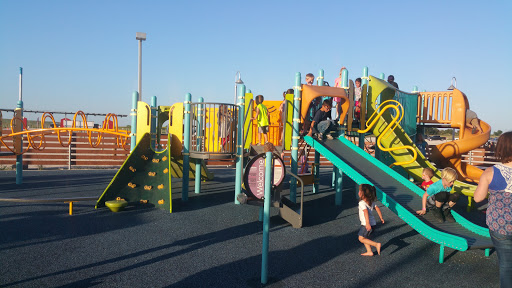 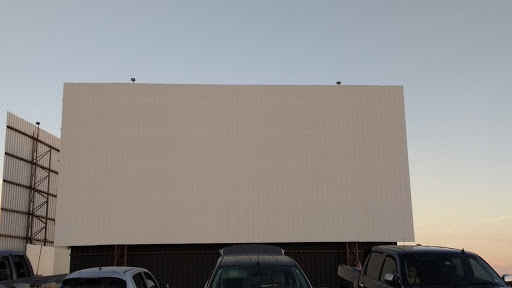 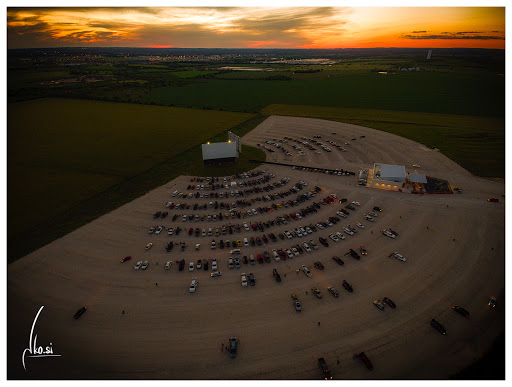