I love Madison Square park. Ive seen this place go from being a seedy place with broken benches and homeless people in permanent residence, to becoming a tiny little jewel in the middle of the city since the late 90s the park has been slowly renovated (along with the surrounding neighborhood, while at the same time managing to do it without getting rid of its hundred odd years of history. Today this place is a favorite with people of all types, from students, to finance people to the tech crowd, to dog lovers, to nannies and their cares. Somehow it manages to feel both spacious and cozy all at the same time. Its accessibility has made it a favorite place with film crews (I think Ive seen more celebrities here than anywhere else in the city), and you can regularly see movies, TV shows and web video being filmed in the park. It also has a lively events calendar which during the warm months includes concerts, US Open viewing and things such as the big NYC BBQ. Oh yeah, and Even though Im not a fan, a whole lot of people swear by the original Shake Shack at the south eastern corner of the park. If youre in NYC make sure to pay Madison Square Park a visit, but please remember There is absolutely NO SMOKING OF ANY KIND PERMITTED IN THE PARK.

Madison Square Park is an amazing and beautiful get away from the hustle and bustle of the city. They have beautifully maintained lawn areas where you can lay out and relax. If you would rather sit at a nice table, they have a seating area placed around a well crafted reflecting pool. The park is located in a great area (23rd street and Madison) with a variety of different restaurants. So if you are hungry, grab some delicious food, make your way over to the park and have your self a little picnic! What makes this park so great is that it is run by a conservancy. The Madison Square Park Conservancy has hired gardener to make sure the grass and the plants are well maintained. These individuals are very knowledgeable with degrees in botany. The Conservancy also puts on free programming for both adults and kids through out the year and especially during the summer. During the summer they have kids concerts every Tuesdays and Thursdays. On Wednesdays they have concerts for the whole family to enjoy. I saw a performance by Suzanne Vega two weeks ago at the park. It was an amazing and well organized concert! In conclusion this park is amazing and so is the conservancy that runs it!!

This is a nice smallish park, conveniently located near all the main arteries: Fifth Avenue, Broadway, and Park Avenue. It is also not far from Union Square and Eataly. The park is nicely designed and always has a new art exhibit taking place within. These "exhibits" are installations/outdoor sculptures. They are on the modern side as opposed to the more traditional side and include things like a walls of multicolored rope, a giant bird statue, strange light shows, and now, some fake trees with large rocks. None of these exhibits are particularly appealing to me, but they do add interest to the park, and there is always something new to see. There is a playground, a dog run, and a fountain, which never seems to be on. There is also the Shake Shack, which is located in the southeastern part of the park. The park is often crowded and has a lot of events that take place within it or right next to it, like the NYC Barbecue Festival, the Sikh Parade, etc. There are a lot of squirrels. Despite the heavy traffic, the park is, for the most part, well maintained.

Despite the public artworks, which always, without fail, strike me as contrived and overly self aware, the park itself is generally a nice place to eat lunch, meet friends or just relax in the shade. I dont know if the far Western side of the park, which is made up of reclaimed sections of 24th St, Broadway and 5th Ave is actually a part of the park or its own entity, but as a pedestrian, I proclaim this the most clustered of clusterfucks. What was once an unassuming stroll down Broadway has become a disjointed archipelago of safe standing spots demarcated by unsightly boulders, beyond which you face ever present — though slowly moving — vehicles approaching from all directions. "Stay on the easy side of the park" is probably my best advice.

The Madison Square Park Conservancy has abdicated it role as caretaker of the idea of park as peaceful respite and has instead run the park like an event and party venue. Almost every day there is another concert, foodie event or other activity that includes loudspeakers and generators. Do not believe the idea that either we can have a decrepit dirty park or one that is run by an over zealous conservancy. The choice is not all or nothing it is about balance. Having a clean safe park is something we all want. But as all too often happens when a bureaucracy such as the conservancy is created, whether it be private or public, it becomes a beast that needs to be fed more and more. Budgets have to grow to justify administrator salaries.

I am such a huge fan of this park. I think this is my most visited NYC park than any other just because of its central location, local activities, art installations, historic architecture/landmarks and food events! My all time favorite activities here: 1. Shake shack for late night food while sitting under tall trees and twinkle lights 2. Taking photos of the art installations that change every year 3. Watching the season changes... Something about this park really makes Fall, Winter, Spring and Summer look fantastic. You dont need to travel to Central Park to FEEL the changes. 4. Madison Square Eats 5. Night views of the Flatiron Bldg, Empire State Bldg, Metropolitan North --> GO VISIT!

This park is a great park for foodies. Come here and find yourself these eateries: Eataly, MSQ Eats, BBQ fests, and the glorious Shake Shack. Hence, making this park legitimately foodies-ville! Also, what’s cool about this park is its revolving outdoor art installations. They’re pretty and brings a great element to the park. I will say the seating (if you’re not at Shake Shack) is quite ample, which adds to the appeal for people watching or just eating with friends. The only complaint, if at all, would be the noise level of this park from traffic. The trees do very little to block the noise of the Flatiron traffic so it can be a tad annoying when sirens and horns are rolling by during your meal. 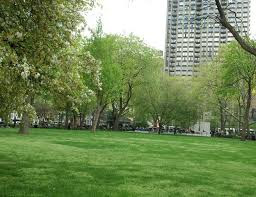 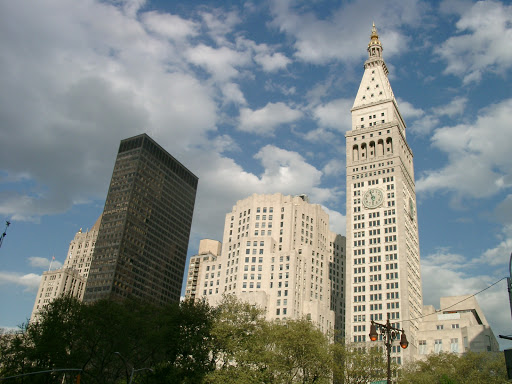 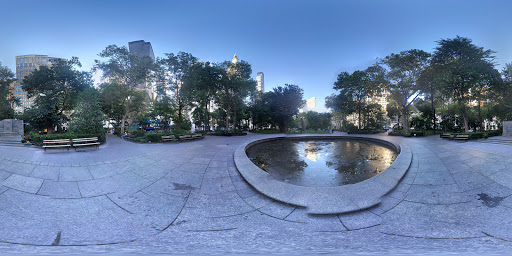 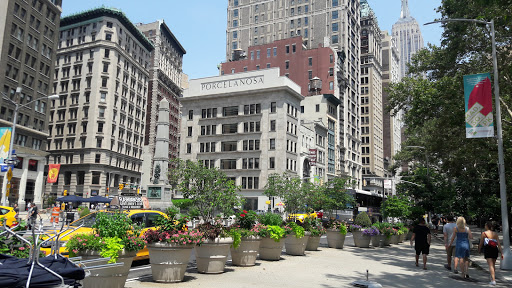 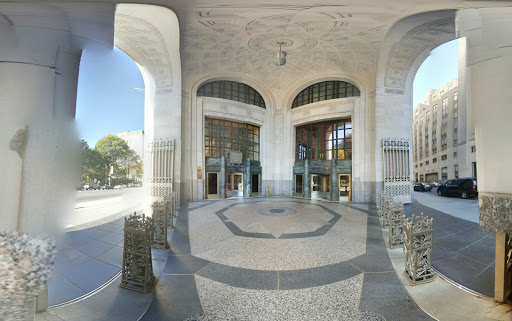 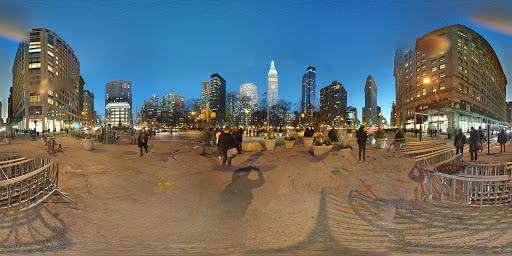 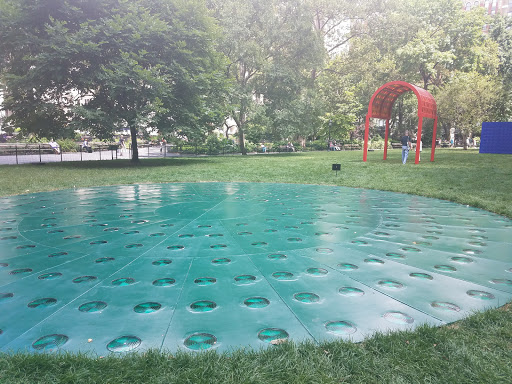 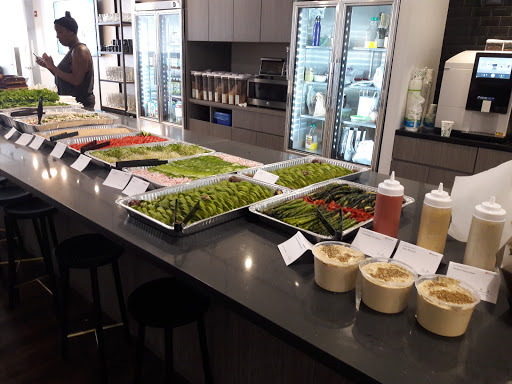 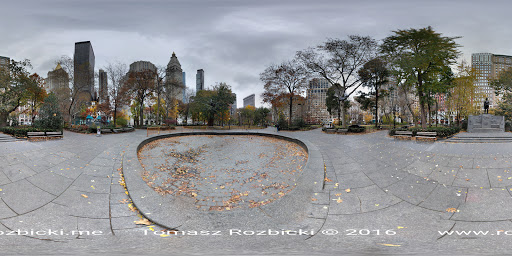 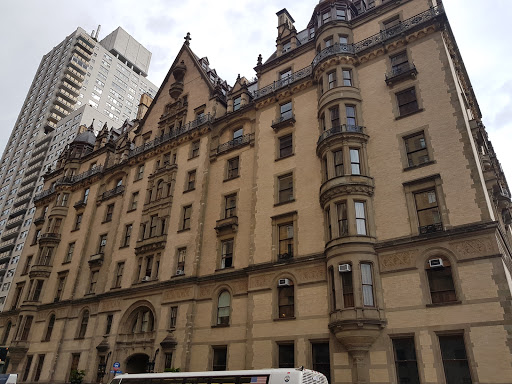 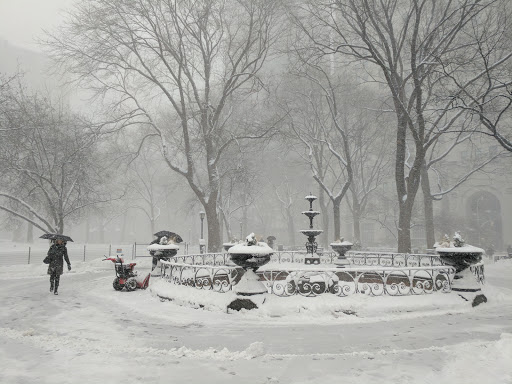 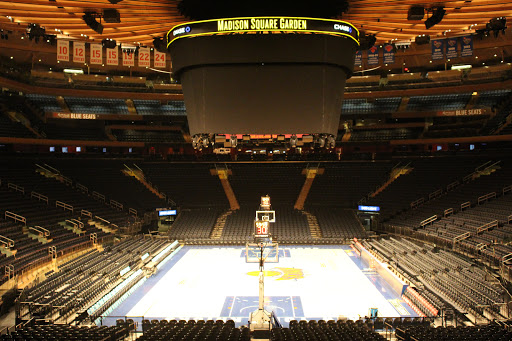 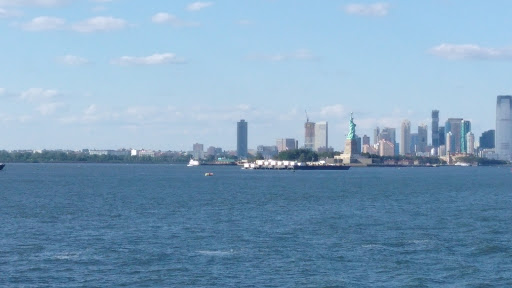 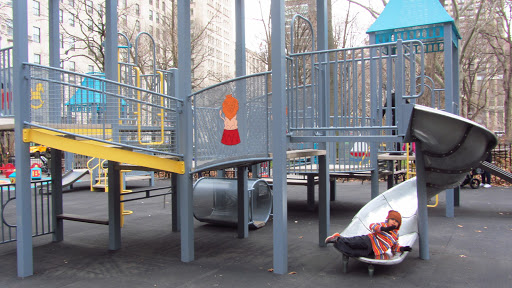 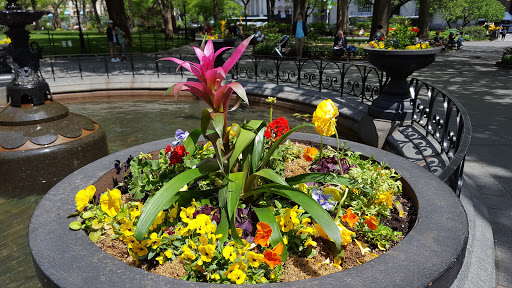 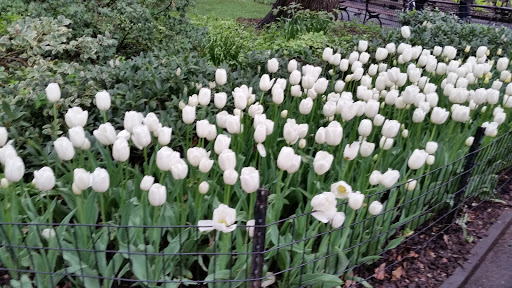 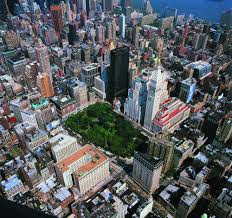 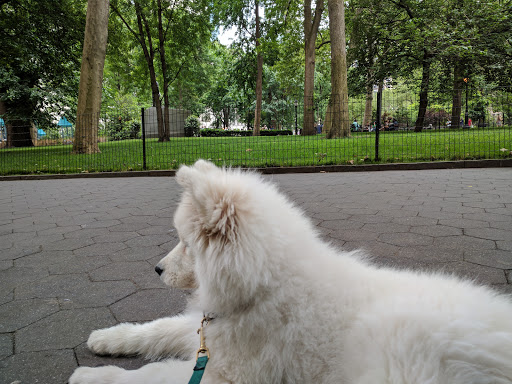