We played mini-golf. Theres only 2 choices in putter size- adult and child. They have rocks surrounding the course and barely any cement sidewalks. This leads to walking across the green and interfering with others in your group therefore taking longer. If you stand on the rocks, youre bound to lose your balance. I had friends catch me multiple times since mine sucks. The lighting sucks. At points we pulled out our cell phones and used our flashlights for each other so the person whos turn it was could see their ball and the ball. Theres no where to sit while you wait or if you need to take a break. It was 75° at dark in April. It only gets hotter as the year progresses. People need places to rest and cool off. I was the only member of my group that wasnt hot and sweaty. Guess I traded balance for temperature. 0.o There were these children, couldnt have been more than 13, who were acting out and being rough on their equipment. They kept throwing the putters up in the air and I was waiting for one to hit the other. It was highly frustrating in general because I just felt like an employee should have walked out there and at least warned them to quit. I got the idea that because on the sign it says something to the effect of they arent at fault for anything that happens, the employees didnt care. Dont get me wrong, we had fun. The courses were challenging for the most part, but I think it was mainly because were all out of practice.

MY WIFE AND I DID NOT READ THESE COMMENTS ON THIS PLACE TIL WE GOT THERE & SEEN HOW UNORGANIZED THIS PLACE IS...This was complete waste of money for my sons birthday party!!! Amazing how we paid for a birthday party & our son who was the same height as one of his friends could NOT RIDE!!! His friend rode with no problem.. SAME HEIGHT.. I talked with them and they didnt care... I had to give one of the guys the look like "dont raise your voice @ me throught that loudspeaker Im not a child & Im older than you!!!" I tried not to think of this as a racial issue because Im not racist & have 1/2 black 1/2 white nephews in addition to this my 8yr old cousin was thrown off the course for bumping after he said he was bumped 1st and he bumped them back... Im all for equal justice so why werent they BOTH put off??? At this point I wanted my money back from this non-refundable place... The only thing they made sure of was we made it out the party room @ 3pm... All BAD reviews on this place seem accurate to me.... PLZ SAVE YOUR $$$

To begin with, this place is very overpriced. We paid $70.xx for one adult & two children (ages 4 & 5) for 3 hours of play. That includes the kiddy track, 2 other tracks & mini golf. The kiddy track goes so incredibly slow that our kids rode it once & didnt want to ride it again. It was pretty obvious that most of the employees didnt want to be there. We were there for nearly 3 hours and a grand total of TWO people spoke to us: the woman we bought the tickets from & the man at the toy counter to redeem tickets. We rode the go-karts 6 times total. It would have been 8, but the people that you encounter when entering the kart area, let my son & I keep walking til we realized there werent anymore two-seater karts left - twice, the same girl. The restrooms smelled horrible & one of the stalls was out of toilet paper. The games in the arcade are SO overpriced, that it is actually worth the drive to the arcade at Station 300 in Bluffton. I can assure you, we will not be returning.

I came here for a school field trip. We first did putt-putt. They said to have 4-5 kids in a group for 1 putter. Why would they say we can come if they can support a group of kids this size? The courses were bland and some of them were falling apart. The river that went through the courses was the funnest. I decided to try the arcade. The machines were broken and I lost two coins because the machines ate them. The good games cost real money, and their were not enough good games to support our group. Two of the ticket machines did not work. One them ate some tickets and dis add to the total. I did not enjoy my time their and will not come back alone or with a group.

Employees were fun and attentive. They said there has been some turn- over lately. The brought in some good people then. The go cart were a blast. It was my sons 13th birthday party and we bought the 3 hour bracelet for the 7 of us. It was worth the money. They are $20 each with military discount. Free mini golf is included. The golf course was the only disappointment. Rocks, bricks, and right angles is what you play with. No benches to sit on on the course either. My 7 year old son had fun though. The games inside kept everyone entertained as well. We only bought drinks which were reasonably priced and had unlimited refills. We will definitely go again.

we called ahead to confirm that the go cart track was open one night and they said yes. so we got in the car and drove the half over to "fun" zone just for them to tell us that they just closed the track. at first the girl tried to blame it on the weather even though it was perfect out hah. the track manager was right there and instead of talking with us or opening the track that they said was open he just left with the other two track employees. it wasnt even that late, theyre just lazy. how hard would it be to drag three carts back out? very unprofessional. the place is a dump anyway. Ill just wait for the indoor track to open at the savannah mall.

Staff was not very friendly at all. We went there to celebrate a nice Fathers Day and they turned us away right away for our 2 1/2 year old or being tall enough. Their website and signs all day 36 in high minimum. Well 2 days ago when my son went to the dr his height was exactally 36 inches. And that was without and clothes or shoes on, there for he would be taller with shoes, clothes and hat on. Spoke to 2 different people saying I had the documentation (because everything is online now) and it didnt matter to them. Very disappointed in the way they handled themselves and representation of their business

I went with my family today. I had fun a few times but overall was very sh***. The go karts arent even well maintained they were constantly having to crank them back up and push them over the hill. The go kart I was in the wheel literally fell off. I received no refund and when I asked they were rude as h***. I do not recommend this to anyone. Prices are definitely to expensive for the low quality of the place. And there was even people walking around smoking weed right there in the park. If I was there with friends Id be ok with it. But with my family no that wasnt right at all. 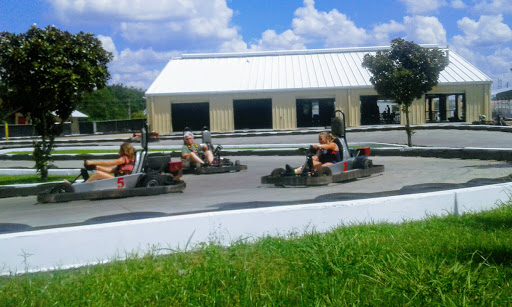 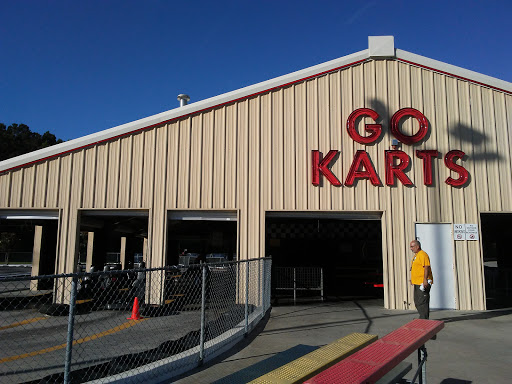 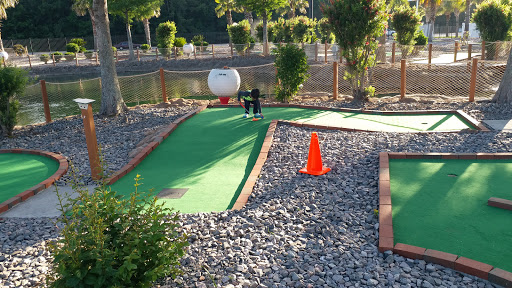 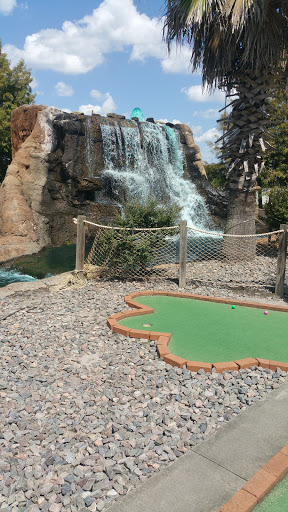 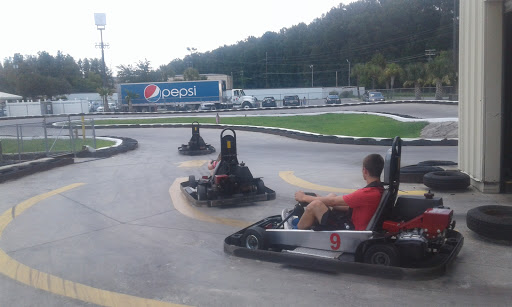 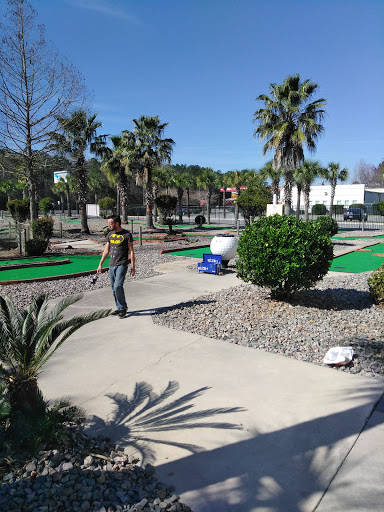 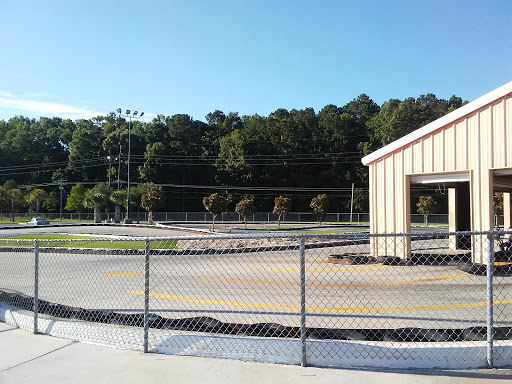 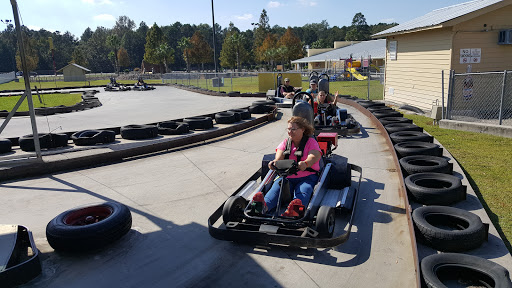 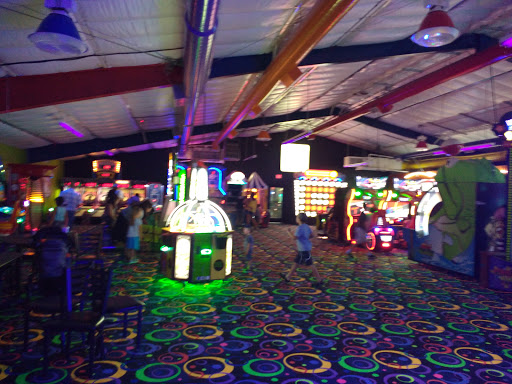 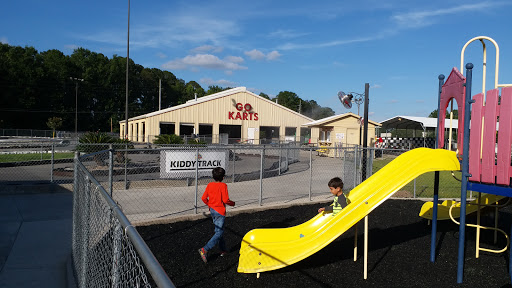 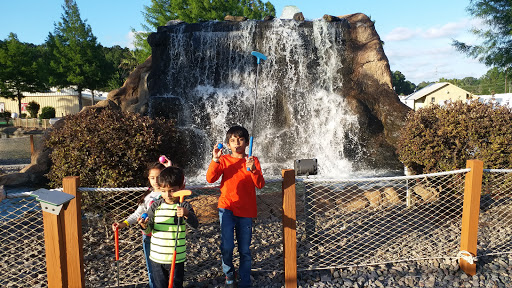 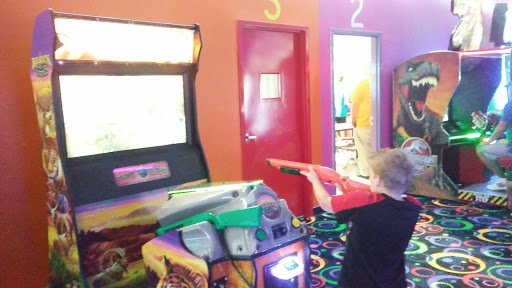 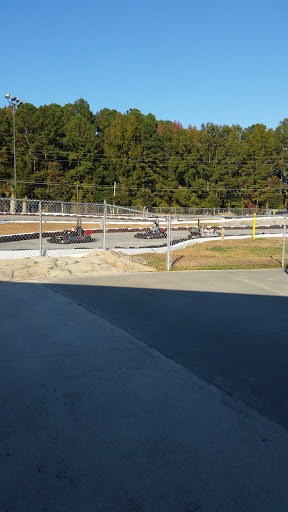 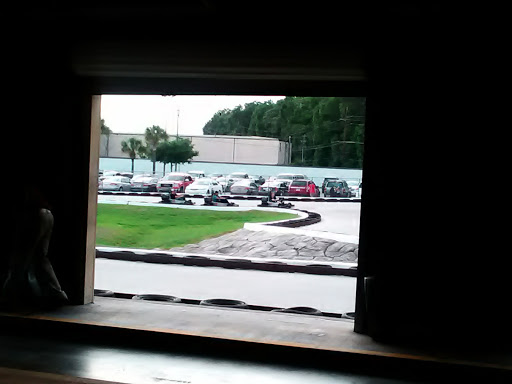 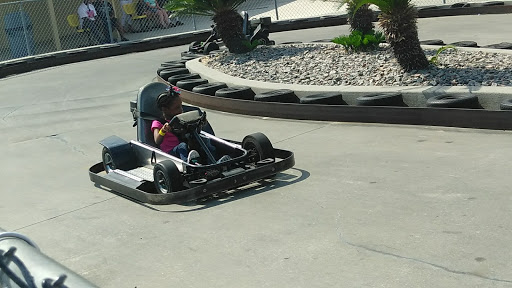