I have seen Zoomars progress through the ages. Up until 2002, everything was free. It was a wonderful place for old animals to live out their last few years. By 2002, it cost about $4 to get in but everything else was free. Then they started charging $2 to $3 for pony rides and $1 for a carrot basket. Shortly after that they upped the prices again. A few years later, the owner sold the farm (which was not called Zoomars) to someone else and they turned it into the commercialized Zoomars that it is today. Back in the old days, animals were donated or rescued. I don’t know how they get their animals now, but they appear to be younger which probably means that Zoomars is buying them from pet stores instead of rescuing them. Thats just a guess though. The animals aren’t really cared for any better now than they were before but in a different way. The animals are fairly clean but it doesn’t appear like they have a vet looking after them. I would like to see the llamas shaved, especially in the summer. I would also like to see more shade for the goats. Just enough shade so the whole herd can fit in the shade. The horses and ponies need a bigger area. The pens are kept much cleaner than they were which is good but I wouldn’t describe it as clean. Nothing around farm animals is clean. I wouldn’t describe it as safe either. Nothing is safe around animals. I would say that their animal’s behavior and the way they’re dealt with and handled (with the exception of the way the pony rides are) are pretty safe. Here are a few major safety problems with the pony rides that I would like to see change: The pony rides used to be in a big pen which has been reduced to a microscopic size because they put in the parking lot and the goat pen. The horse handlers almost always hold the very end of the lead rope and walk at the horses butt. They’re doing that because the horses will bite their leaders (all horses do this by the way) if the kid is bouncing around in the saddle. It’s not safe though. The width of that thing (notice I called it a thing and not a pen or trail) for most of the ride is smaller than the width of your car. The girths on the saddles are often way too loose causing the saddle to slip. The seat belts that they have the kids wear is a false sense of security. If that horse were to buck or something (which is very likely considering the circumstances) that belt will not hold you on. If you were to fall off you would get dragged by the seat belt. They can help a little bit though when the horses are trotting. They need break away seat belts so if something happened, it would break away. I would like to see them requite helmets too. Every rider can have a fall. The horses are really well behaved though and I have never seen one spook with a rider on. Still, they’re horses. Anything can happen so you always have to be ready. I have seen them spook when they’re standing there tied up. They don’t always tie up the horses well. They should use a quick release knot. Not wrapping the rope three times around the post. A horse can easily pull away from that. I have seen it happen there too many times to count. Despite the safety issue with the pony rides, it is a very fun place to go and I would highly recommend it. Leave your strollers in the car as well as umbrellas. There isn’t enough room for them there and it can spook the horses. Wear closed toed or tennis shoes that you’re okay with getting dirty. I am rating it with four stars because despite the squishiness and pony ride safety issues it is a fun place to go.

We have taken our family to Zoomars a couple times. We had a great day with our kids, feeding the animals, riding the train, playing on the fort and in the old town. Every time we get home later that night our kids have a fever and are sick. It is NOT an allergy like the "animal manager" at Zoomars claims. There is NO rash, NO allergy symptoms, my kids are sick as in VIRAL sick. Their fevers get to 103.8 and 104, this lasts for a few days after spending the day at Zoomars. I would go with MAJOR caution. We wash our hands and use sanitizer while there and after we have left, obviously it doesnt work. I think that Zoomars needs to be doing something different. The "animal manager" told me "we havent had any calls about sick kids recently" then changed it to "we havent had any calls at all about sick kids." That told me a lot. She says that animal control does their licensing was just there inspecting, but as we all know people do things differently to pass inspection.

This was a fun little zoo in the middle of San Juan Capistrano. Great for birthday parties and the like. The pens are all very clean, and there is little to no animal smell. There are plenty of hand wash stations too, so no need to worry about having dirty hands while you eat. The party areas are all pretty nice, and there is plenty of room for large groups. On the down side, the line for the pony rides can get a little long, and sometimes the staff wasnt available to do run a couple of the activities. I would think they would be staffed enough to cover all the activities at all times when they have 4 parties scheduled, but they may have just been overwhelmed. Also, the bathrooms are the portable kind, and arent always the cleanest. Parking is very limited, but there is a public parking area just to the north that is a very short walk to.

The men and women that work at this adorable little mini zoo seem to be very passionate for children and for their work with animals. I am not one to frequent zoos, but my granddaughters seem to adore these establishments. I am a very proud and active grandma. One of the men that operates the train coaxed me to get on the train even though I was scared. The train seemed more appropriate for children, not for grandmothers (even though I take pride in being a young and "hip" grandmother). Well, I was not disappointed. The joy I experienced riding the train with my precious granddaughters was well worth the cramped ride. So I will go with them to Zoomars and do what they like to do. Ladies, the tea house down the road is a wonderful place to rest up after Zoomars. It is a little cleaner than the zoo, too!

My family used a groupon today to visit Zoomars. We arrived for opening at 9am and I was relieved we did so. By the time we were leaving, around 11am, there was a huge line and it was extremely busy inside. Its a cute little place to spend a couple of hours but I would not recommend going on a weekend if at all possible! For the first half hour we were there it was so peaceful but it got busier and busier and was hard to even walk around with so many people. The price is steep, even with the groupon. My daughter did love playing with the guinea pigs, so that made it worthwhile for me, but I cannot see going back anytime soon. I was happy to see that the animals looked healthy and happy. 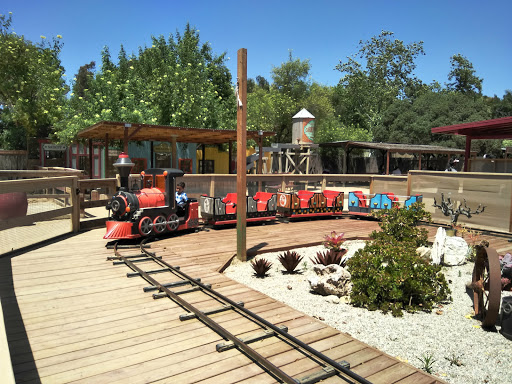 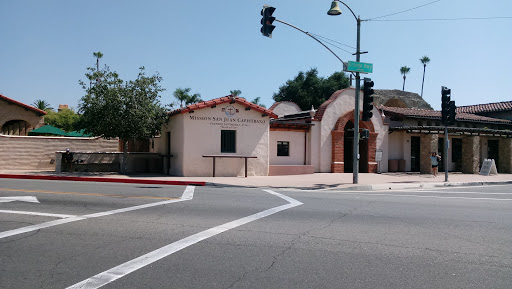 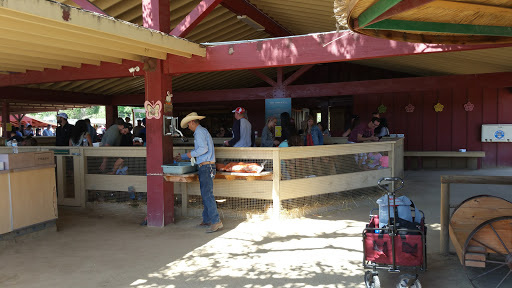 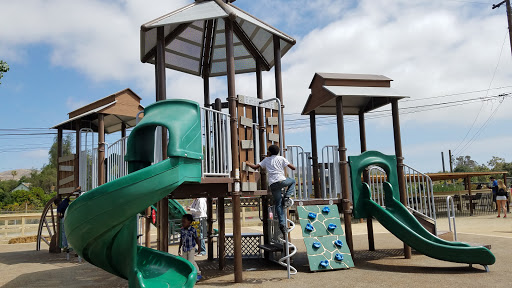 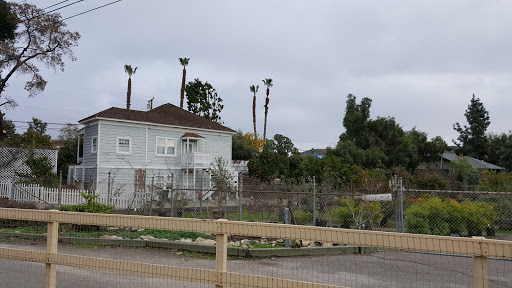 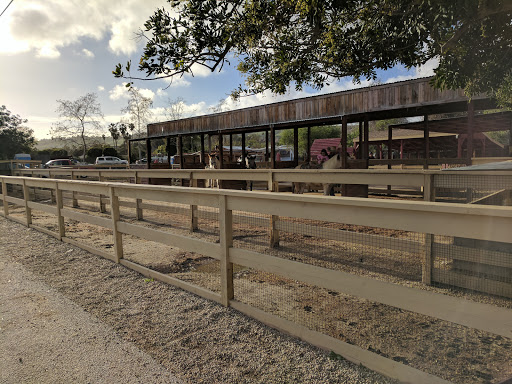 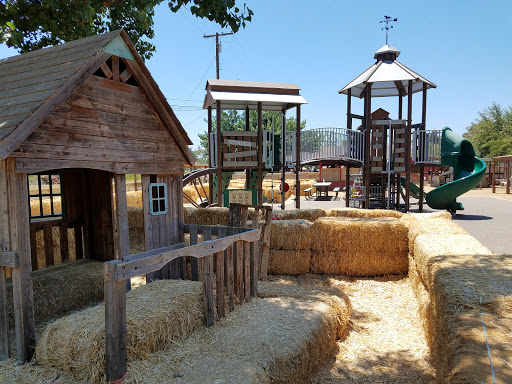 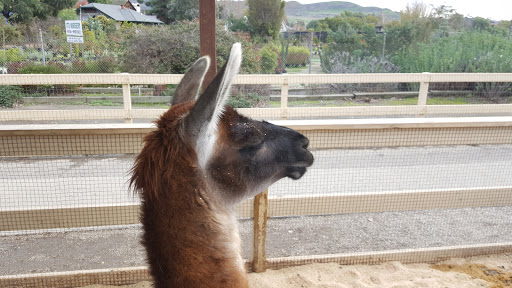 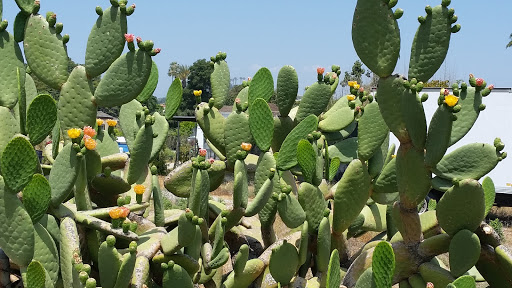 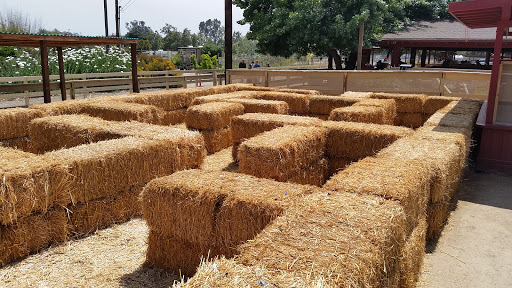 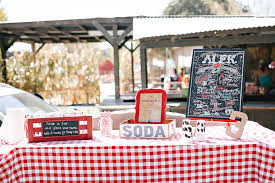 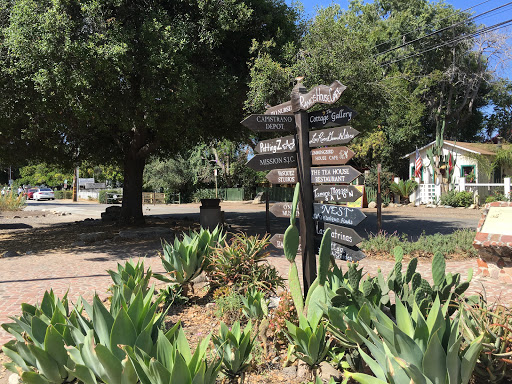 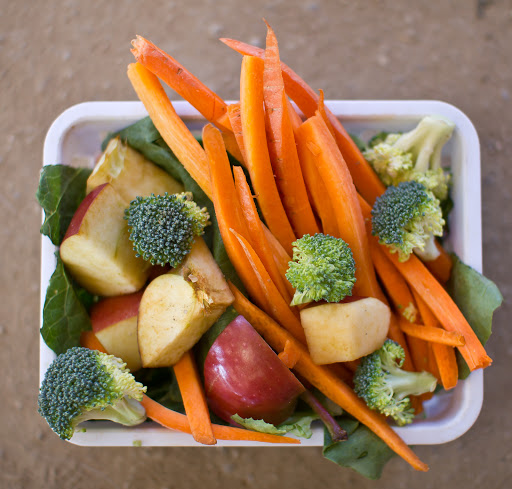 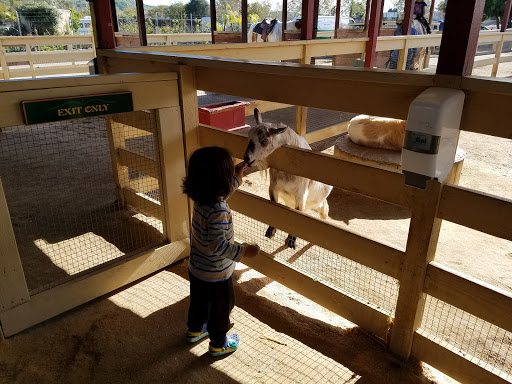 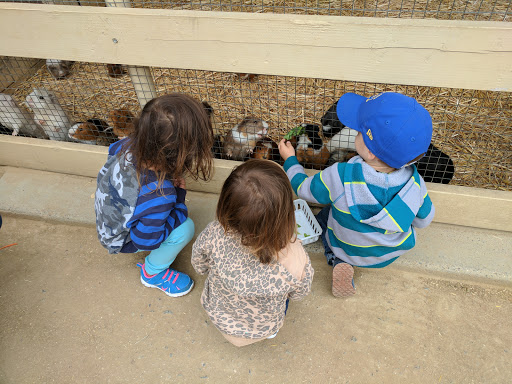