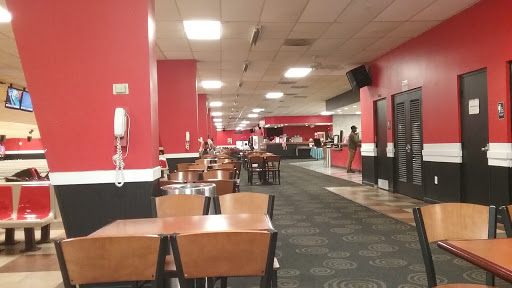 I used to work here. The company itself sucks. They only care about the profit, not the customers or employees. Nothing worked because they refused to buy anything new. The bars ice machine stopped working for months, instead of fixing it or buying a new one I found myself walking back and forth to the kitchen for ice, which sucked on Saturdays and Sundays because longer lines formed and customers grew more impatient. Employees dont get paid enough for the amount if work expected of them. They sometimes schedule just one server in the evening expecting them to serve the 20 something lanes of customers. Theres a loitering issue where middle and high school students would come in every few weeks and not buy anything. They take up space from paying customers and management never knew what to do about it. Youd think the company hire its own cop for Saturdays to fix this, but no. They just let the kids do what they want and weird out actual customers. The amount of kids that came was obnoxious, there would be 100 of them and theyd take things from customers and say rude things to the staff yet the company did nothing. They were sure to send secret shoppers 5 times a week, so you would think they could afford some kind of officer for Saturday nights. I really do hate this place. As close as it is to me and my friends, we tend to go farther out so that we dont deal with anything bowlmar.

I bowled here with my husband just last night (2/5/10). I was very disappointed with the establishment. Pros: This alley is clean, but could definitely use a face lift. There is one lady that works on the floor and she is awesome. There are a lot of lanes, but they wont spread people out (like every other lane), they cram you in, which leads to my next point... Cons: This place makes me feel claustrophobic. The lanes are tiny and the seating areas do not promote having a good time and hanging out with friends/family. The men at the front desk are hit or miss; sometimes theyre friendly, and other times they seem as if they hate their lives. The restrooms are gross - so my advice is to hold it. Also note, if you go at night on the weekends you will have to deal with trashy teenagers playing grab-butt with each other while youre trying to bowl. They have no respect for the game; theyre just trying to appease their hormones. Its also ridiculously expensive!! We had a coupon for a free game and still spent a small fortune to rent one pair of shoes ($5!!!!) and 3 games ($6 per game!!!)!!! Seriously, this was a waste of our money and the clientele ruined our night.

I was bowling on Tuesday night which is also DOLLAR BEER night. I had one to many and left my car there and received a ride from a Designated Driver. To my suprise ( and to many in the past IM sure) came back the next morning and my truck had been towed. So I asked the manager of the establishment why he would have it towed? He replied "There is absolutely no overnight parking". I explained I had one to many beers and did the right thing and left my truck until the next morning. SO 200 dollars later and a complete waste of time I had my truck back. So in a nut shell DOLLAR BEER night is promoting DRINKING and not being able to leave your car and do the responsible thing is promoting DRIVING!!!!!!!!!!! Thats not how to run a respectable establishment DENNIS P(district manager) I know me never going back is not gonna kill business, but wait until a drunk person gets in there car and seriously injures someone at least theyll be able to read this and get the bowling alley and their managements take on DRUNK DRIVING!!

This bowling alley is a joke. If youre a league bowler who wants a competitive league--run far, far away from this disaster. The staff do not know how to properly strip a lane and re-apply the oil. So you get to bowl on "fresh oil" on top of leftover crud. If you question anyone about it, theyll say the only 5 bowling terms they know to make it look like theyre smart. If youre just there to bowl a few games you might have fun. But, the prices are so inflated that you cant even enjoy yourself for long. Bowling games are overpriced. Food is overpriced and subpar. That kitchen should be shut down. Wait staff are non-existent because they are too busy talking to their friends. I wonder how they make a living. Manager seems like a nice guy, but the staff he employs are incompetent and rude. Its worth the extra drive to Brandon Crossroads or PinChasers to get better value and service.

Willie in the pro shop is amazing. If I could give him specifically 5 stars, I would. Ever since Patty became the general manager, this place went downhill quickly. Weve been ushered out midgame because the GM wanted to close early. When we asked she said we had to leave or shed call the cops. She harassed us the whole time we were changing shoes and herded us out like cattle when we left, locking the door behind us. She didnt listen when we told her our friend was in the bathroom and locked him inside the building. When she found him, she threatened to call the cops again if he didnt leave before she realized he was locked in. This wss one of many instances to myself and other people in our league that resulted in half the teams quitting and no longer bowling there. The lanes themselves are in nice shape for what its worth.

Last night I went to University lanes for the first time with my husband, his parents and our 2 year old son. Myself and and my mother in law did not bowl, yet the my husband his father and my son still spent over $40! It cost them $14 a person including our two year old! Come on, movie theaters give discount prices to children, he even gets in free to major theme parks! The lanes were decent but the food was over priced and terrible, plus they didnt even get it right. We ordered loaded nachos and out came some burn tortilla chips with some watery nacho cheese. We also ordered mozzarella sticks which come out not very hot with ice cold marinara sauce. We wont be going back.

The experience that I received last night was just horrible. Not only are they unprofessional, but unorganized as well. I was given two lanes and since some of my party have yet to arrive, they gave one of the lanes I already reserved to another group of people instead of just coming to ask if we were still going to use that other lane. And to make matters worse, we were stopped in the middle of our game with their system stating we had to contact the front desk to play another session. I will never come back to this place ever again. I will go back to Pin Chasers on Veterans.

I've bowled here twice and had a great time each visit. It was clean and the lanes were well kept. I found the staff to be friendly and accomodating. Each time i was given two coupons, each for buy one game get one free, for up to two persons. Using one of the coupons the total cost was $16 bucks and some change. I was also satisfied with the food although it was pricey 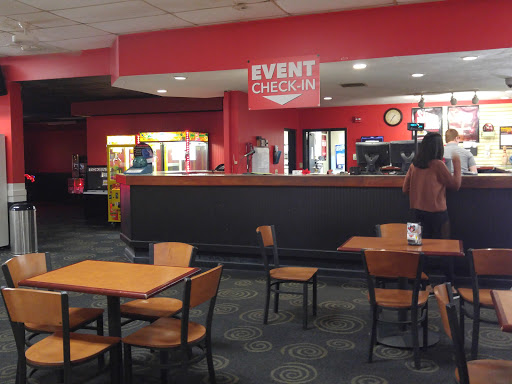 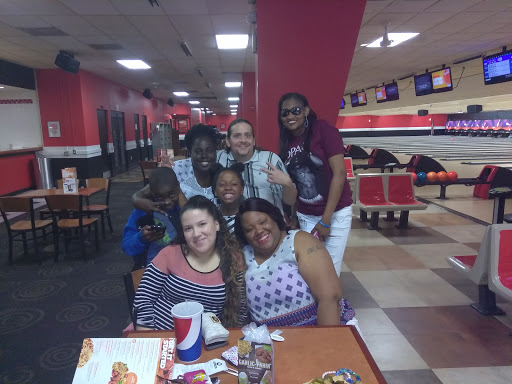 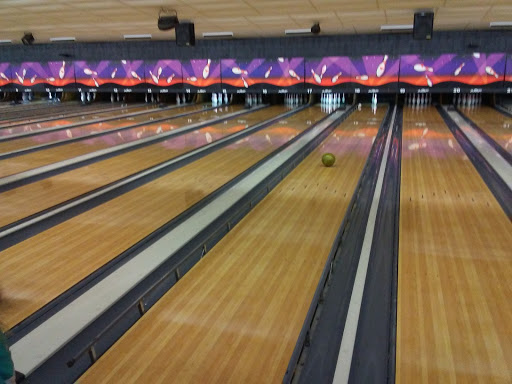 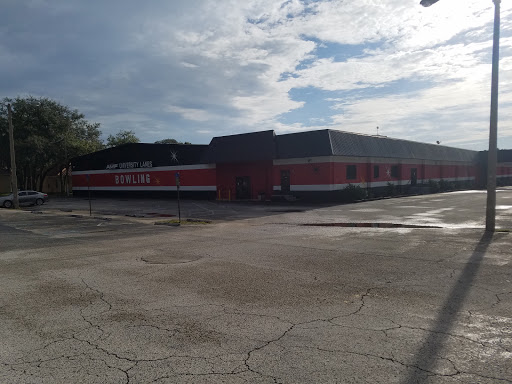 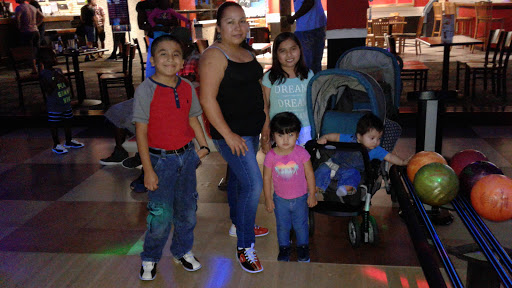 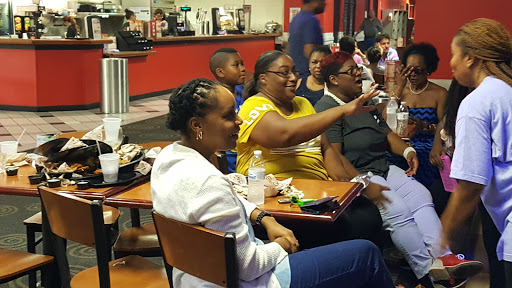 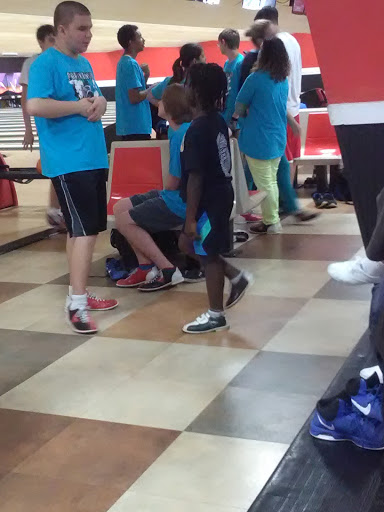 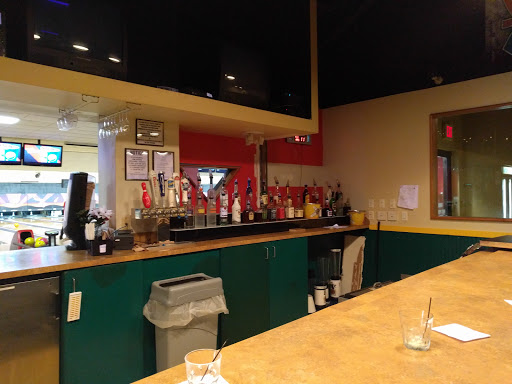 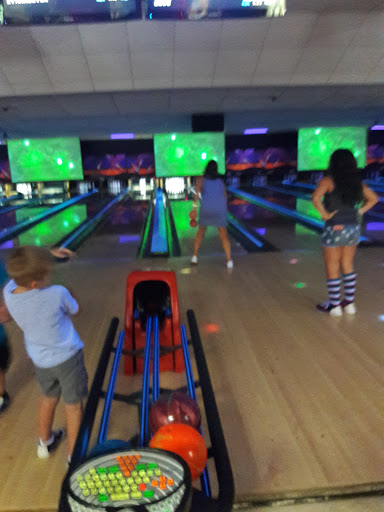 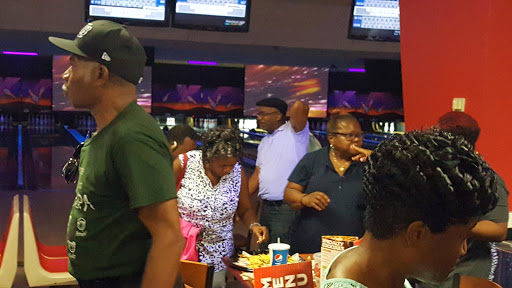 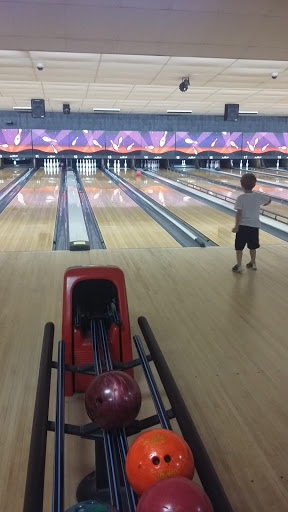 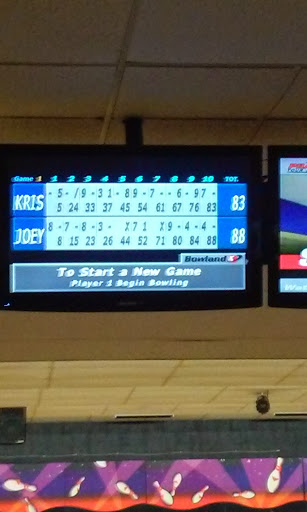 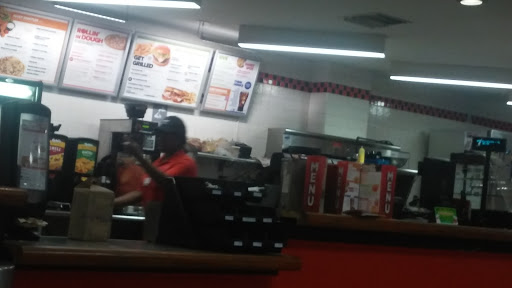 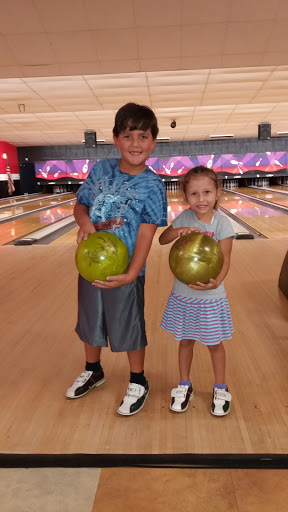 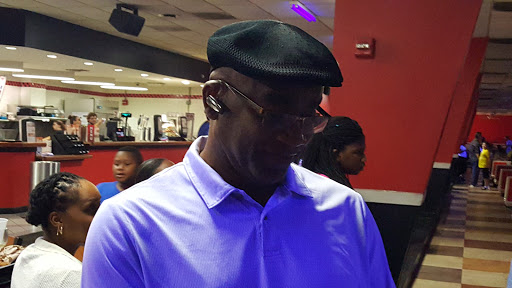 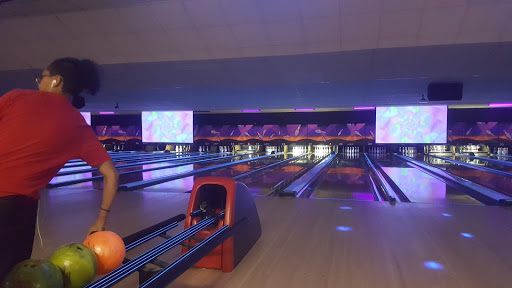 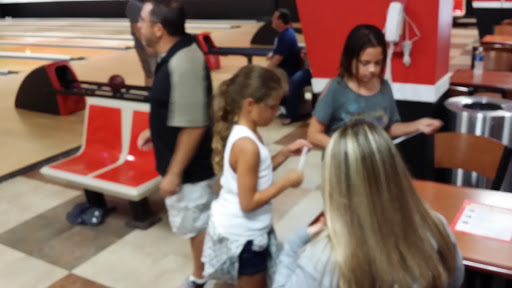