My sister and her four oldest children (ages 17, 15, 13, and 11) along with my two boys (ages 17 and 15) tried the Museum Heist room when they were visiting from Tulsa. None of the kids had have done an escape room before. When they finished, they came out SO excited! They absolutely loved this hour of intrigue, puzzles, and mystery. They talked about their experience in the room the ENTIRE weekend. Seeing our kids so thrilled made the cost easier to bear. We did have a Groupon that made it more affordable. In fact, our kids enjoyed this so much that we didnt feel bad at all spending that amount and they are begging us to try another room when they visit again over Spring Break. Not only did our kids have fun, my sister and I felt that it was a great bonding experience for the "cousins". They had a to work together as a team and rely on each others strengths. It made them feel closer to each other and we were so proud to hear that they got along well and used good manners while "under pressure" to solve the mystery in the escape room. The lady who works there and helped our kids was very kind and complimentary. She took pictures of the kids before and after and seemed to genuinely enjoy working there and being with our children. This is a wonderful, safe, and great activity for teenagers. We will be visiting again very soon. Thank you Breakout Games!

Ive done three other room escape games in the past, and Breakout was the best in some ways and the worst in others. First of all, the building itself is one of the nicest Ive done. Usually theyre in some old, decrepit building (which often adds to the allure), but Breakout is in a classic retail space, almost like a dentists office. Theres a reception area and a hallway that leads to each of the rooms. We did the Casino room. The puzzles were the least original of the room escape experiences Ive done, and the room itself was the smallest. I dont want to spoil anything, but there wasnt much hidden stuff – just straightforward puzzles. The staff was patient and accommodating with our raucous group, and we had a great time despite not escaping in time. We had a private room to ourselves and got a great deal via Groupon. If you like room escape experiences, Breakout is certainly worth trying. Just make sure its not the only one you try.

Booked my sons birthday party here after having visited with his cousin a few months ago. First time was great. This time there was some problem with the attendant putting on the wrong lock or code. Held them up for quite awhile. Eventually the attendant fixed it and added back a few minutes. They were frustrated and it took them a bit to get back in the groove. They were solving the last clue as time ran out. Wouldve thought theyd be given a bit of leeway considering the attendant made the mistake that cost them time, I paid for a private group, and they knew it was a birthday celebration. Really disappointed in the customer service, or should I say the lack thereof. Plenty of escape rooms in St. Louis. Despite our good first impression last year, well look elsewhere next time.

This was not the first breakout room experience that weve had and sadly it wasnt the best. There were simple let-downs that could have made our experience better. For example, the marker we used for writing while solving puzzles was dry. Also, there were several miscommunications between the "guide" and our group during our experience which led to confusion and wasted time that could have been used more efficiently. It was a fun experience overall, but in a game when seconds matter, you count on the room prep to be efficient and you hope the clues are accurate and correspond with the materials youre working with. I would not rule out another experience.

We had an excellent experience here! My husband and I have beaten all five rooms (Kidnapping, Museum Heist, Casino, Hostage, and Island Escape), so, couples looking for a date night, its doable! Challenging, interesting puzzles, and engaged staff. Clean rooms and the "devices" were all in working order. Some of the puzzles could use some polish, but overall we had a lot of fun. We definitely rank it in the top 3 of the escape room companies that we have tried in the St. Louis area. Of the rooms, our favorites were Museum Heist, Hostage, and Island Escape. Kidnapping or Island Escape might be good rooms to start with for the uninitiated. :)

What a great time! Logan was a fabulous host - happy, funny, engaging and very positive. When we asked for clues, he gave us just enough to head us in the right direction without solving anything for us. We missed solving the room by about 15 seconds, but we all felt like winners. Eight people were in our group. Three of us had done a room before. We all had the same amount of fun and felt equally successful. Were talking about going back again in the fall. The facility was neat, clean, and well kept.

Our family of six (including 4 kid ages 8-15) just broke out of the kidnapping room. It was a blast, we really had to use all of our different brains to figure out the clues and find all the codes to access the next clue. Logan was our host and he was excellent, energetic, great with the kids and helpful. Dave was who set up our appt and was also so friendly. We really enjoyed our experience and are looking forward to trying a different room. Thank you Breakout Games!

Weve done several escape rooms in the STL area, and this was probably our favorite. To our pleased surprise, the puzzle actually involved some piecing together some clues on a story level, not just the usual crunching of different codes. The mini-puzzles involved a good variety, and everything was assembled with high "production values." Breakout is going to be our first stop for escape rooms from now on.

Just completed the Kidnapping room with 6 of my friends (mid 20s). Very wide array of puzzles and clues and the room host was just the right amount of helpful. My only complaint, and its really not even a complaint, was that it was a very linear escape room. It seemed we were all working on the same piece together. Regardless, my friends and I plan to go back and do another room, thanks Breakout!

This was our first time at Breakout. We had no idea what to expect but were pleasantly surprised. It was an hour of fun and excitement and our breakout guide Logan was the best! He gave us clues to move along but never too much to make it easy which made us work even harder to "get out". Thanks for a fun evening...the hour zipped by and everyone at the facility was wonderful. Great job!

Game stories are cool, but the set up is sloppy and the staff is very unprofessional. Our room had 3 broken parts that we had to work around and our clue master had 5 very prominent hickeys on her neck. Overall, it was an alright experience, but with a few changes it could have been a lot of fun. Im glad I had a groupon because I would not have been happy to pay full price for this. 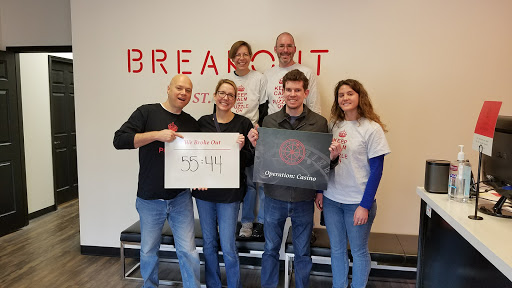 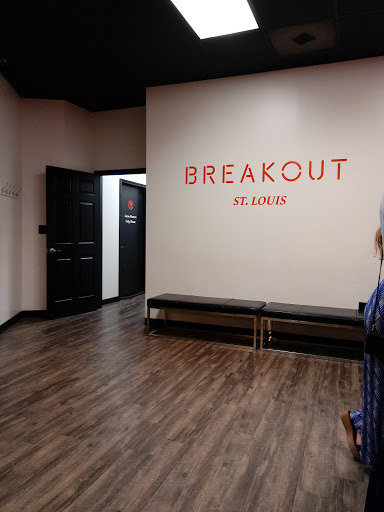 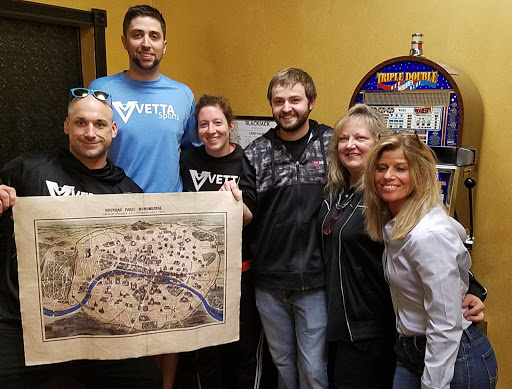 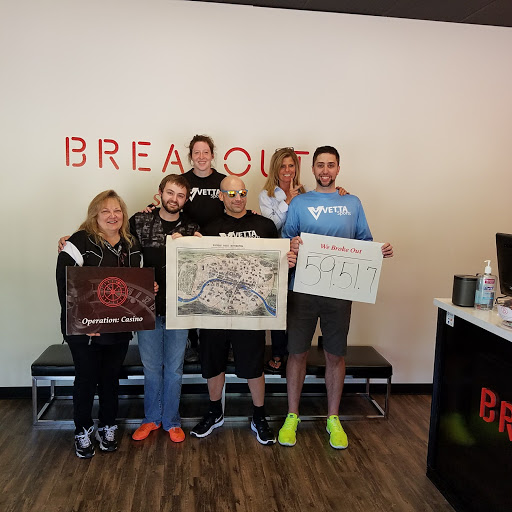 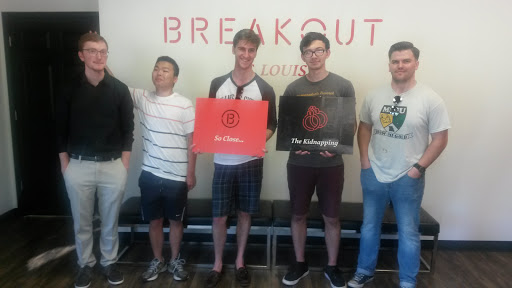 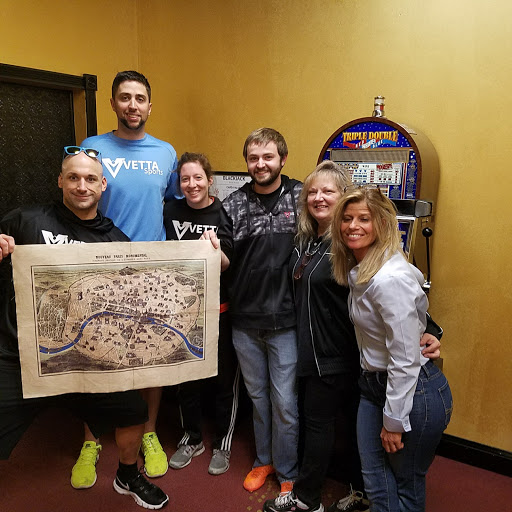