Aquatica has the best selection of livestock your going to find anywhere this far from a beach. The prices are reasonable, and the quality is top notch. I have got fish from other stores in town that have crashed whole tanks with disease, also gotten corals from other stores that seem to think breeding aptasia is something nice! It took a entire tank death from the one store, and a problem that im dealing with for 5 years later, aptasia, from another to realize only shop where the stuff looks good everywhere, not just there show tank! Todd will tell you exactly what you need to hear, even if you dont want to hear it you should. He also does not try to sell you junk. Salt water tanks are alot of work and he does not BS you he tells you straight up how it is. For the past three years this is the ONLY place i will buy my saltwater supplies And to the person who brought a weapon into the store, Im sure you remember during the 9 hour class you had to take to legally conceal that weapon that it is up to the property owners descression if you can have it in there buiding. same rule applies to open carry. Plus why are you carrying in a fish store, are you that concerned your going to get robbed by a tang? Correction after my last visit i saw a convict blenny in there that gave me a bad eye, he could have been in a gang!

Sold me several frags which turned out to have Bryopsis on them. A very invasive form of marine algae that quickly takes over your saltwater tank. Most salt systems are worth thousands of dollars. It makes it looks like dense ferns growing on the rocks , glass and equipment. So when i brought it to Pauls attention that he infested my tank i worked on so hard for the last 3 years, all he could say as i was talking is " RIGHT" , "RIGHT", "RIGHT", etc which makes him an obvious idiot that doesnt care what the hell he does to your tank. As long as he makes a @#$%^&*( DOLLAR off you misery like he did mine when he talks me into buying Magnesium to kill the bryopsis [which it didnt]. What a damn waste $50 #$%^&*( Chemicals didnt do any other than get my dander up. . Now i have to start another tank and crash this one to recover my creatures and place them in a clean enviroment. Thanks Paul. Goofy hippy prick. I hope you bust your bong

I would like to say a few things in reference to the other reviews. The owner of Aquatica is Todd. We are not friends, but I have been a customer for years. Todd is not a good salesman, or [email protected] either. Maybe it is a downfall of his since he choose retail. However, Todd runs a clean store, meaning parasite free, or as much as possible. Todd has been cheaper or comparable on almost everything I have bought. Let me tell you when you have had a tank for years and you introduce something bad to your tank it can be devastating. I bought one fish from Sandies and have been paying for that every since, even after that fish died. Even I wish Todd was more personable. But I dont go for the chit chat. Im there for honest opinions,and Im in agreement with his approach to saltwater tank setups. Ive been to most of the other stores and have had bad products, and even worse bad livestock. Have had very little if any problems with Aquatica.

Came here after going to Sandys Pet Shop (which was great - see my comments there). There was one guy working. Not really rude - but not really very friendly. I walked around for 10 minutes before he even said anything to me. I told him what I had told the folks at Sandys - I was interested in getting into saltwater / reef aquariums and was looking at what was "out there". At Sandys I was then given a 30 minute tour of the shop and shown all kinds of things. Here, the guy said "OK" and turned back to unbagging corals they had evidently just gotten in. He never said another word to me the whole time. This place DID seem to have a larger selection of corals / invertebrates, but staff not very helpful. Ill definitely spend money at Sandys first and at Aquatics only if its something Sandys cant get me.

New owner is fantastic. Ignore the negative reviews on here posted several years ago as the ownership has changed. Since then, the new owner has cleaned up all the tanks and gets a wide variety of quality corals and fish. I have been to reef stores all over the Midwest and this easily the best one I have been to short of one in Chicago. Owner is personable and helpful. As for the person who complained about not having a proper quarantine for new fish, qt takes months, no store qts their fish. It is the responsibility of the purchaser to do so and to treat for disease if necessary. Do your research, you will find it to be true. I highly recommend this place for saltwater aquarium livestock and supplies.

Really nice store, great corals. However, I will never buy another fish from them. I have lost 13 fish from them all of which died within less than a week of purchase. I drip acclimate and my tank params are good: Temp - 78F Salinity - 35ppt Alk - 8.9dKH Calcium - 450ppm Magnesium - 1440ppm Nitrate - 15ppm Phosphate - .2ppm It appears they do not properly quarantine new fish. I have never in my life lost as many fish as the ones Ive purchase from Aquatica. The owner tried to give me a partial refund for some of the dead fish and gave me a bottle of 35ppt refractometer calibration solution that was actually 40+ppt and nearly crashed my tank. Be very careful with your purchases from this store.

Easily the cleanest and best maintained reef store in the area, and Im pretty sure Ive been to all of them multiple times. The quality and selection of fish is miles ahead of any other I can think of besides possibly GreenTree Pet Center. The corals there are easily the best around. Prices are very competitive, even on specimens that are hard to find locally. Btw, the owner seems like a good dude to me. I didnt catch his name, but he answered my few questions politely and gave me extra information on potential purchases. Most importantly I got quality, healthy animals at a reasonable price. Ill happily spend money there again soon

I drive from Lexington to shop at Aquatica. Ive been to other Louisville pet stores and for a reef purist nowhere else comes close. If you are just getting into marine aquaria this might not be the place to start, but Aquatica will get you on the right path. Knowing what I know from over 25 years of experience with saltwater aquariums one should be cautious of the advice one is given and the specimens one puts in their tank. I think Aquatica gives the advice and has the healthy specimens to have a beautiful and successful tank.

i entered small establishment,was not greeted by worker.customer smiled at me though.I inquired what was available in spirulina,i was handed a frozen sheet of brine shrimp.If i wanted brine i would have asked for it.worker says to me,im not sure what you want,(in a very conescending manner)points to pellets and turns and walks to the other customer who had just said he was just gonna look.Dont bother unless you are prepared to be treated in this manner.First time in aquatica and last. 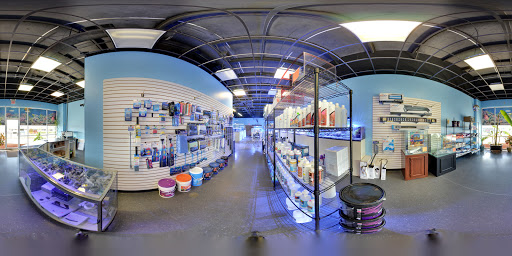 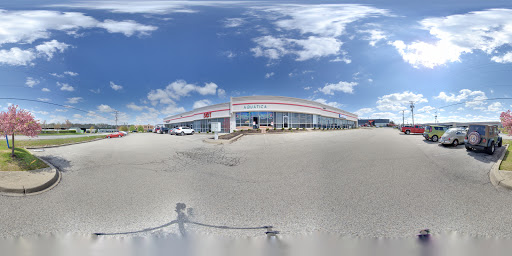 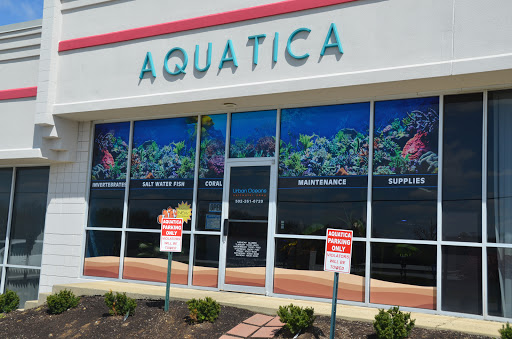 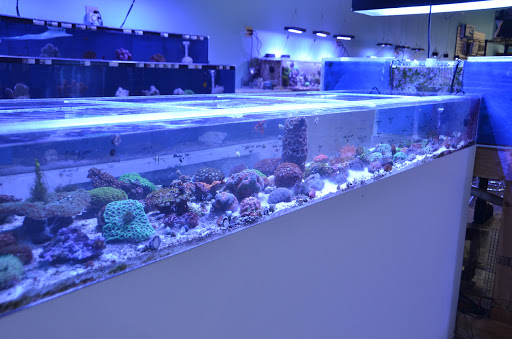 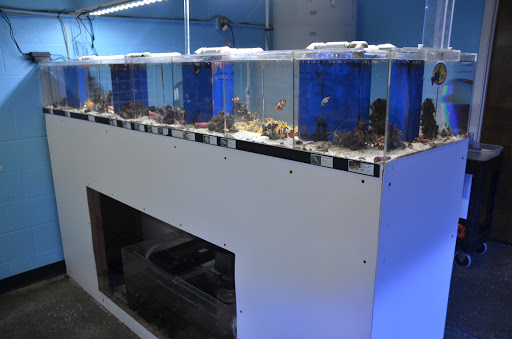 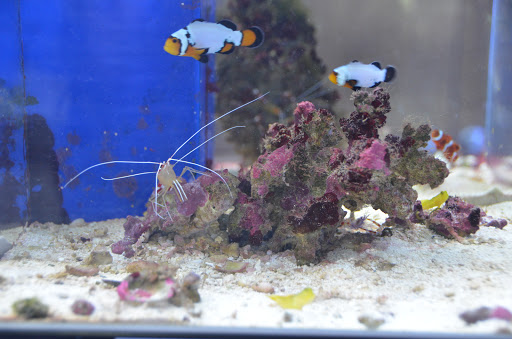 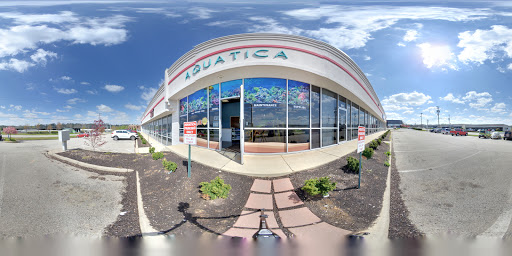 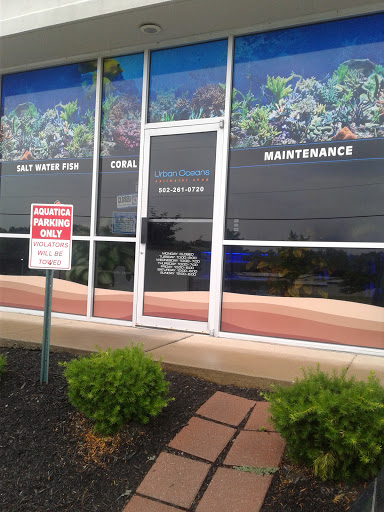 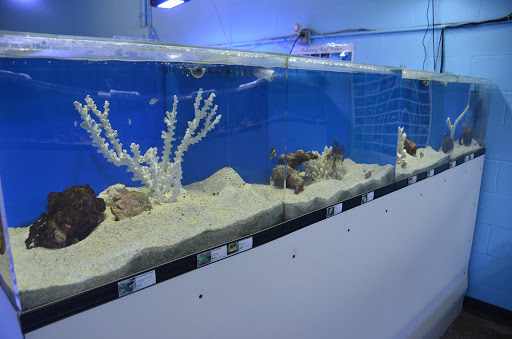 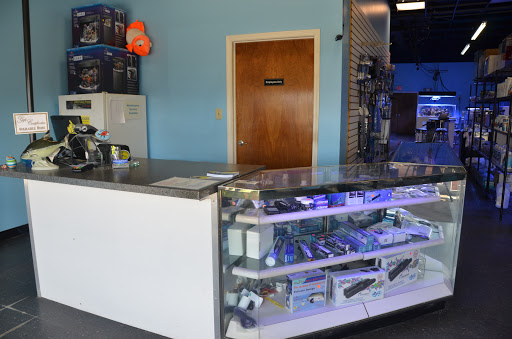 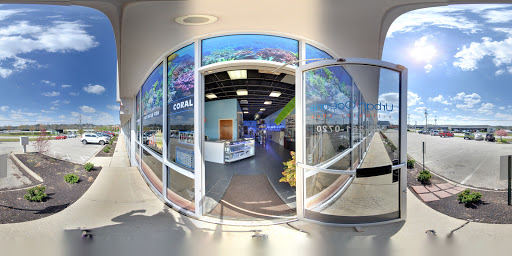 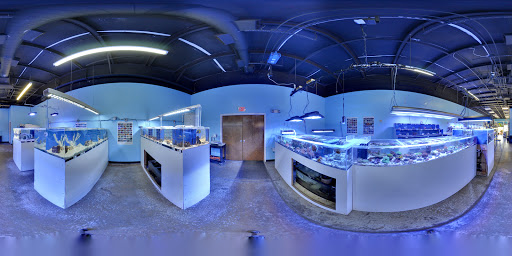 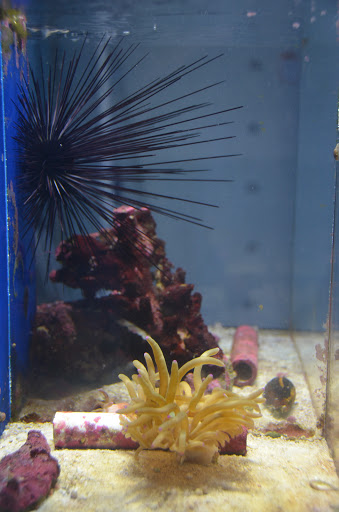 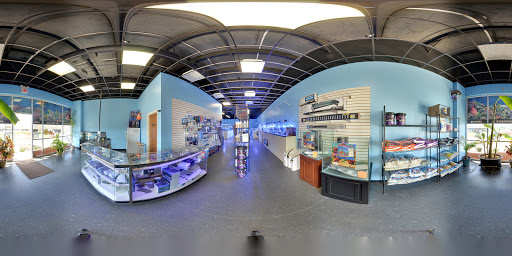 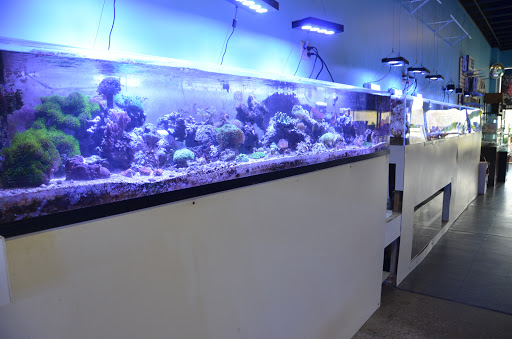