This was our first trip to Chicago(from Arizona) and we booked several escape rooms in the Chicago area. We booked two rooms here at The Room-Lisle (The Einstein Room and The Gallery), which was our 52nd and the 53rd game overall. After having played 9 fantastic rooms during our trip in Chicago, we were quite disappointed in this particular establishment. As far as the setting goes in the Einstein Room, it was a standard living room/office room with bookshelves, boring. The quality of the Gallery was very cheap but we liked the setting better. Both rooms felt old and tired. To tell you the truth, I cant really remember the stories that went with the rooms. The Einstein Room confused us, it felt very random. Throwing a few pictures of Einstein on the wall and having a prop by no means makes me feel this room is about Einstein. So many odd and random things were in this room that had nothing to do with each other. It was certainly not a well done immersive environment. While there were only two of us playing, the rooms advertised holding 6. We could see how it could hold 6 easily with gameplay. With regards to gameplay, I dont feel the games had a decent story to gameplay connection especially in the Einstein Room, it was better in the Gallery. One of the ways to make a room more cohesive it to make sure all the puzzles fit the theme of the room. These rooms felt like whoever wrote them wrote them without the theme in mind. Both rooms, but particularly the Einstein room felt that it was all random puzzles that had nothing to do with the “theme”. I was sick of searching for things after these two games.....it was so very tedious and ended up not being fun at all. I didn’t have any “ahh” moments where I could say I particularly enjoyed a puzzle or activity in the rooms. I would say they need to perform certain maintenance in The Gallery room so items appear when they are supposed to. We wasted tons of times in this area. They did manage to hit a pet peeve for us in the Einstein room and it irritated us so much more than it had to since we mentioned it prior to the game start and they simply could have handed us a flashlight. When an area is particularly dark and you are hmm, slightly older, you cant see well in the dark. The game master told us this would not be an issue but it was, argh! As far as the mechanics go in the room, which I will define as flow, hint system, game mastering, props working properly, customer service and website, I felt for a company that has been in business a few years, they should have been much better at this. The lobby was tired and cluttered. They were particularly proud of showing off their display of all the items from the rooms that have been broken by customers and making remarks about that. I believe they called it the “desk of shame”. I felt that was tacky and unnecessary. Also be prepared to be treated like a child with the game rules explanation. Now all escape rooms have rules they go over before you go into a room but this particular establishment had an annoyingly long list delivered in the slowest most annoying manner possible. They seem to not be able to distinguish between someone who has never played a game and someone who has played 50+ (even after we discussed this fact with them!). I don’t mind hearing the rules but this again was a very tedious aspect at this establishment. A printer is used for the hint delivery system. In and of it itself, that’s not bad but the amount of paper that was wasted in our two sessions alone was ridiculous. Because the game master wasnt always the most attentive she could be, we got a lot of extra paper(hints) that we didnt ask for and basically often repeated what we had already done or known at the time. Also, repeating back to us what we have a question about, wasnt at all helpful. I wish I could say that the customer service made up for the shortcomings but it didn’t. It was neither bad or good.

We were fortunate enough to be able to beta test the newest room (as of April, 17) Whodunit. We have done somewhere from 20-30 escape rooms, and have gotten "out" of probably 90% of them with a group of 2 of us. We were unable to escape Who dun it, and when we ran out of time, there was still quite a bit we hadnt reached. Some of the coolest parts of this room, in my opinion, are throughout the entire experience (beginning, middle, and end). There is definitely a lot to cover inside, so I would highly recommend a larger group, 6 or 8 people. According to the website, the room can accomodate up to 10. Everyone will be busy doing something, as there are multiple things to be worked on at all times. Without giving out any information I will say there were several very unique and fun things that we have never seen in any other room. Very interactive and well thought-out. Once you go through, you will know what Im talking about. Props to the staff on putting these things together. Staff was very friendly, accommodating. Nothing but good things to say. Definitely recommended. If you are a lover of escape rooms, get a time booked for this new room and hopefully you enjoy it as much as we did. -Mike

We had such a great time! Having no idea of what to expect, I was impressed with everything - from the staff to the thought and detail in the "Einstein Room". After being introduced to the rules and a few tips about the game, our family got right to work. Ricky took the leadership role (naturally) and Alison came up right away with a couple important ideas that no one else thought of (so much more to her than beauty!). Even though we failed to escape in time, it was fun working together as team without any bickering. I will absolutely plan a trip to Lisle to attempt another of the "Mystery Rooms" with family & friends. This would also make a fun event for small groups (6) to get to know each other better and I will suggest this to teachers I know as a special field trip option.

If youve ever played and liked any of those point and click room escape apps, youll LOVE this. They have two rooms now, with a third opening in early 2017 (I think February). Your group has one hour to solve the puzzles to unlock the exit door. Which is different from the entry door (they dont actually lock you in, so in case of emergency you can leave the game). Each room has about a 25% escape rate, which was challenging, without being cheap about it. It is a great thing to do to pair up with a dinner out somewhere for a friends night out, or any team building group.

A great time! This was our first escape room experience, and it will definitely not be our last. We went with a group of family members, so we already felt comfortable working together. The room was a perfect size for a group of 5 or 6. The clues were all accessible, not too hard or too easy. The orientation before we entered the room gave us just the right amount of information without giving anything away. Fun, fun, fun! 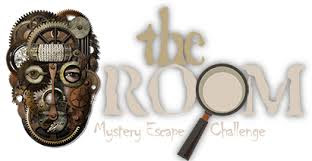 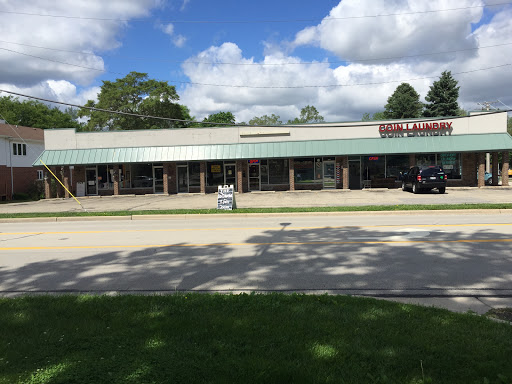 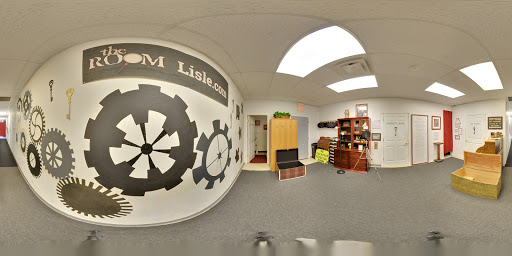 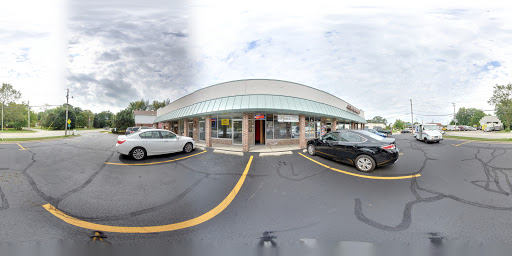 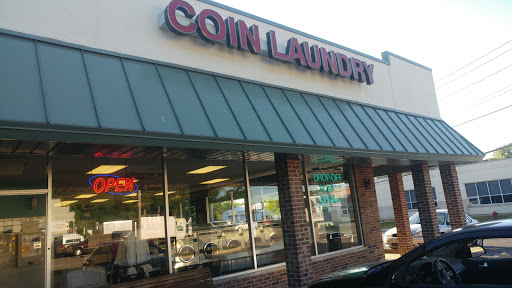 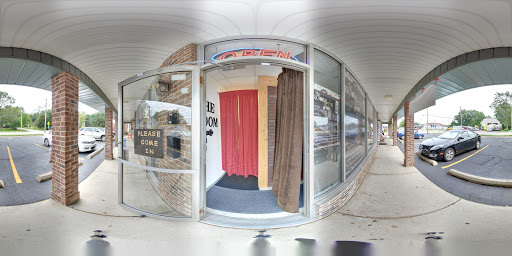 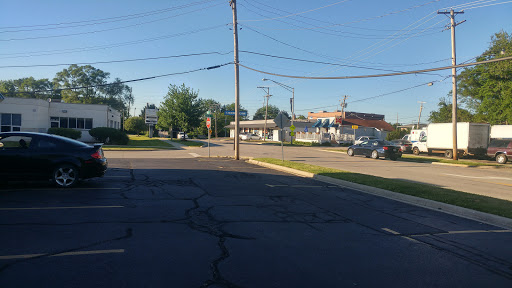 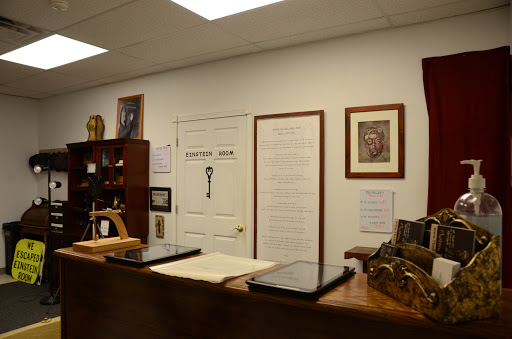 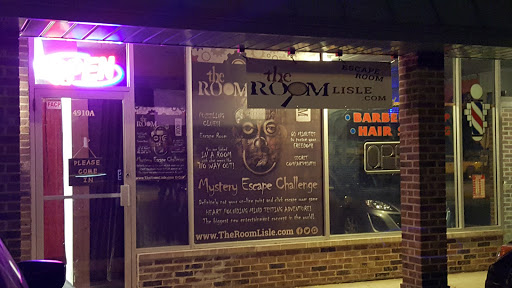 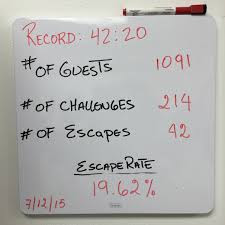 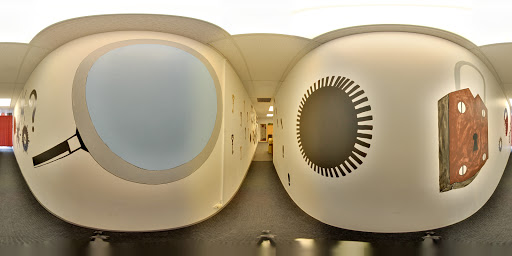 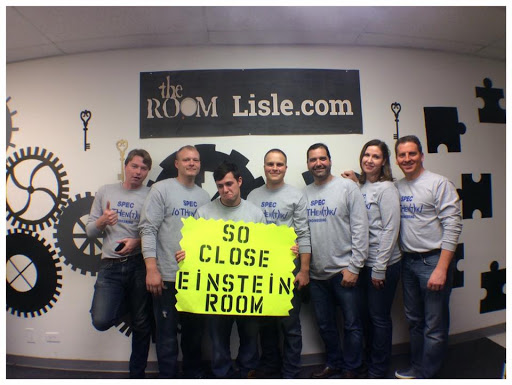 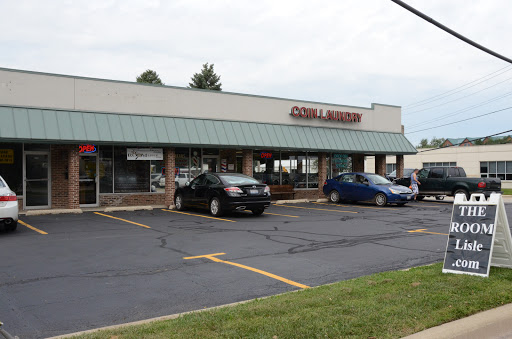 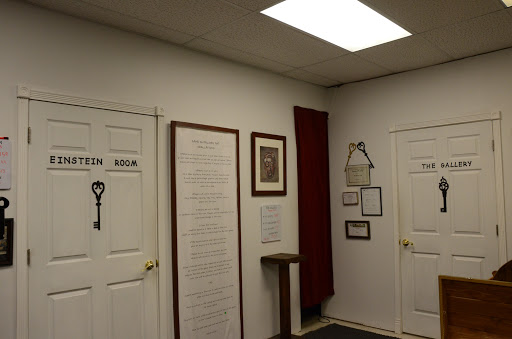 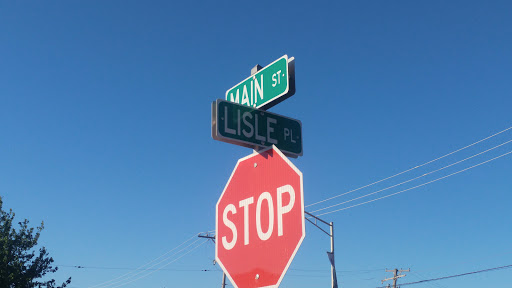 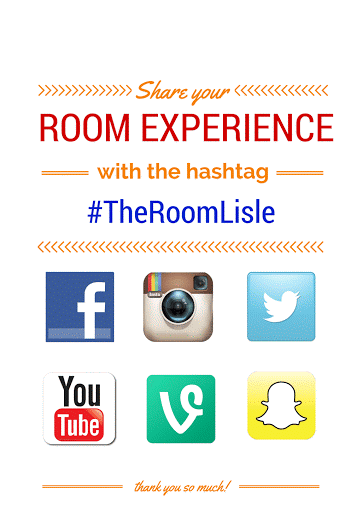 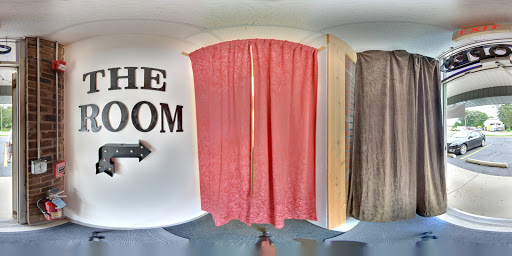 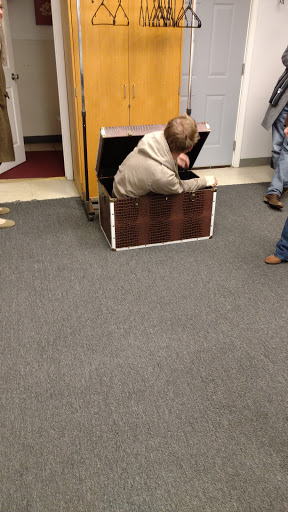 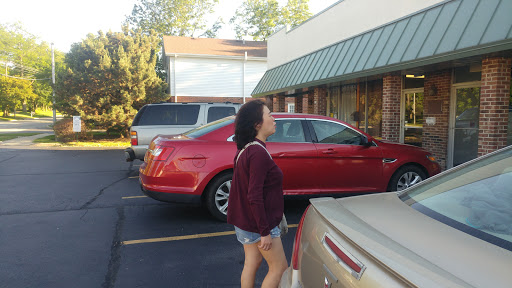