I just went there earlier today, and here is what I have to say; First of all, yes, the place is rough around the edges. Thats true. HOWEVER; I spoke to an employee, asking about the rather unfinished look of a couple of dart frog habitats, and learned that theyre still working on some things. The smaller land-critter tanks in the rainforest area are still being worked on, they have new animals coming in, and there are new animals. Theyve just added rays to their ray touch tank, and its obvious that there is ongoing work. Second; they need more signs on things, yes, but if you just ask one of the many staff members you can learn not only what something is, but a little bit about it and if any of its relatives are in there. They have a lot of staff, all of whom are friendly and knowledgeable, and I see no real problems with this place aside from being a bit rough around the edges right now. Well, that and the towel-roller-thingys to dry your hands with at the sinks near the ray tank. Those should be replaced. Someone said in the comments that this place is borderline animal cruelty; wrong. Every exhibit I saw was well set up, everything looked healthy, and the touch tanks had staff members around them to make sure no one could mess with them. In addition, the touch tanks had plenty of space so that the animals could get away from being touched if they wanted, which is always good. They have three touch tanks; one is a very spread-out area where you can touch clams, flower anemones, and large crabs. The second (my personal favorite) has a large number of spine-less bat rays, a few stingrays, and a large hunk of rock in the middle surrounded by various small reef fishes. Some of the rays, obviously used to this, will come right up to the edge and let you touch them. Some, which a staff member informed me were new, will approach the edge and then sort of swim away like "Oh my gosh, something touched me, whats going on?!" I dont think theyre used to the tank yet. They have plenty of room to avoid any disturbance, though, so they arent forced to come up close if they dont want to. The third has a couple of rays, including a very friendly one who comes up and sticks his nose out at you until you pet him. It also has a few friendly guitar-fish (basically a guitar-shark-shaped ray thing), two flounder that are mostly hidden, a few large-ish reef fish, and SHARKS. A baby leopard shark and a few young smooth-hounds, if I remember correctly. The leopard is skittish, but one of the smooth-hounds comes right up and lets people pet him as he cruises by. All the tanks have at least one staff member, two for the sprawly one up front, so that no one will bother the fish. Kids are allowed to touch the animals with two fingers, behind the head, and may not put their arm into the tank further than the elbow. They arent allowed to splash the water or do anything else that would stress the fish, and theyre encouraged to just keep still and let the animals come up to investigate before reaching out to touch. The ray tank has a spot where you can buy food for the rays, but this station is shut down after a little while to keep them from getting overfed. For obvious reasons, you cant take the food near the shark tank. Theyre still working on getting new fish in, and Im eager to see what comes next. Overall; good staff, good exhibits. Needs more signs on things, needs better way to dry hands at the ray wash-racks, no real other problems. Still being worked on so a bit rough around the edges, but plenty of promise. To whoever complains about the black walls; thats for the animals. Most fish dont like it when things are too brightly lit around them. A lot of public aquariums are rather darkly colored around many exhibits, if you look. Yeah, its a bit dark, but I like it... Means no reflections on the glass, for one thing.

Easily the worst aquarium I have been to yet. While the staff is professional and courteous, the real issue I had while visiting the Austin Aquarium was the care and maintenance (or lack thereof) of the aquariums. After looking at just one aquarium (the first tank walking in on your left) I was immediately shocked with the lack of oceanic chemistry. The shrimps and Blennys in the tank were almost comatose, and were not offered adequate shelter to thrive in a reef system. Also, the tank was covered in Cyanobacteria, which is caused in reef aquariums by either inadequate flow, excessive nutrients (overcrowding or over feeding), or older lights. This is a HUGE red flag in regards to the care of these creatures. The Cyanobacteria was so bad it was beginning to grow on the shrimp. Additionally, multiple (fish only) tanks were overcrowded and filled with algae, which consumes oxygen in the water, decreasing the ability for the fish ( or sharks) to thrive in closed systems. Another issue I noticed was the clarity of almost every tank was completely sub par. Whether this is caused by a lack of filtration, or allowing guests to place their hands in the tanks is anyones guess. While there were many other issues, these were the most glaring issues, and were recurring throughout all saltwater systems in this aquarium. One positive note was a mixed reef tank in the back left contained coral that displayed multiple corals with bright exotic colors, and clearly had the consistent water chemistry needed to create a thriving reef aquarium. BOTTOM LINE: I refuse to spend another dollar at this aquarium while the current conditions remain. The people who run these aquariums are clearly more worried about their livestock being able to LIVE, when their focus should be on allowing their creatures to THRIVE. I look forward to the owners response as to why the aquarium believes it is acceptable to maintain such a strong disregard for adequate systems for these fish to live.

This was a nice little aquarium with lots of interactive exhibits. So many exhibits allowing you to touch and feed animals is what makes up for it being a rather small place (snuggly placed in the middle of a strip mall). A large gift shop when you walk in and out means youll have an opportunity to buy something to remember the experience. However, as with most gift shops, things are a little on the expensive side. When you buy your tickets youll have an opportunity to buy tokens to feed various animals. Its $2.50/feeding and you can buy as few or as many as you want. We fed sharks and sting rays which were both very neat experiences. My kids loved touching the iguana but were a little timid to touch underwater critters. The area said to touch with two fingers, which made me believe you were encouraged to interact, but better signage would improve the experience. The aquarium was VERY busy the day we visited. I dont know if this was normal or because of Spring Break. Either way, it was packed and would have been more enjoyable without such large crowds to fight to see the animals. Because there were several interactive exhibits, there were a variety of hand washing stations. However, there was no soap or the dispensers werent working in the areas we tried. I didnt go into the restrooms, but people in my party did and said they were not cleaned well. Overall, we had a good experience, but there ate definitely improvements that could be made to make this aquarium top notch. Id advise people to go out of peak hours for a more enjoyable trip. 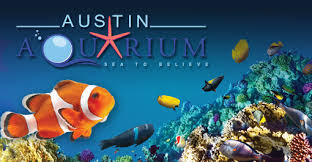 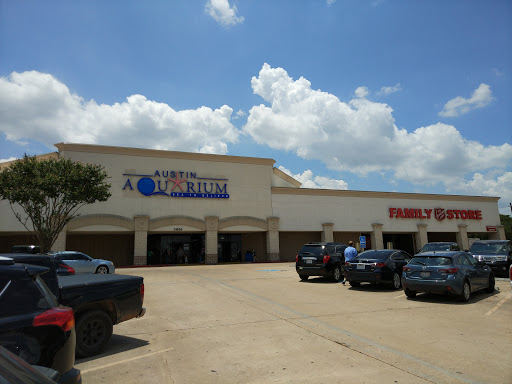 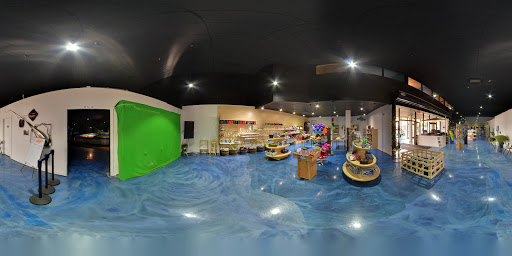 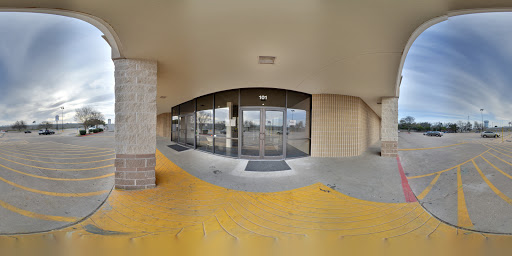 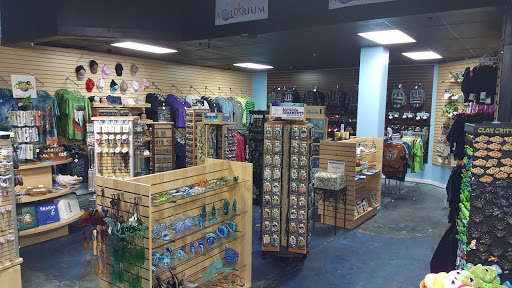 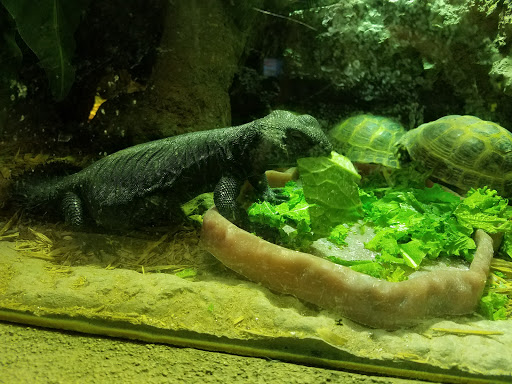 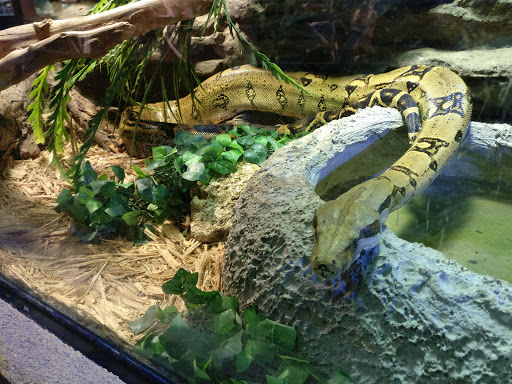 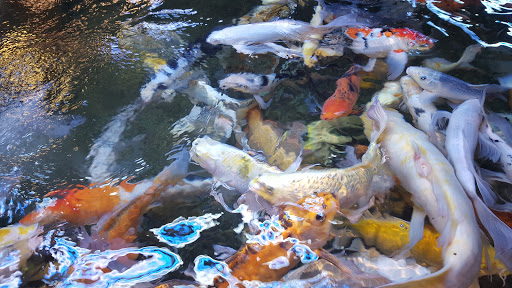 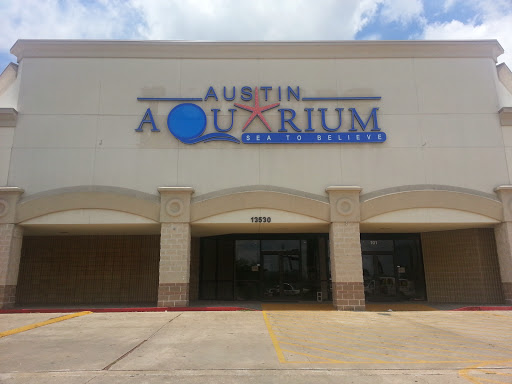 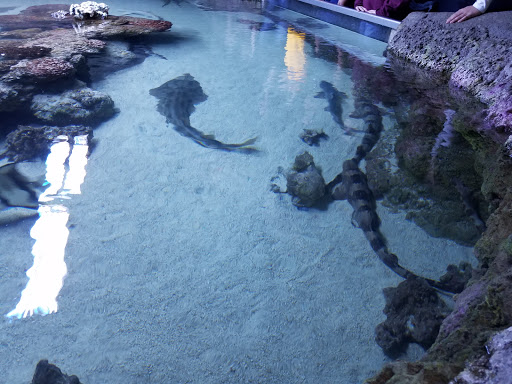 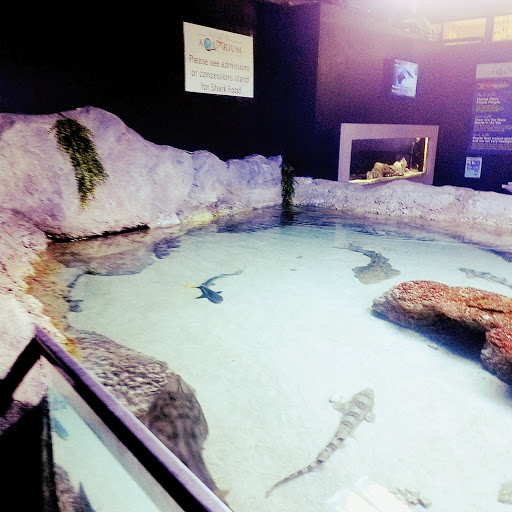 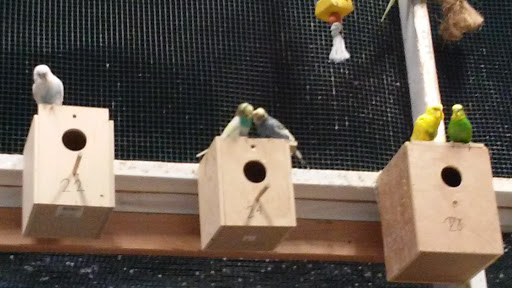 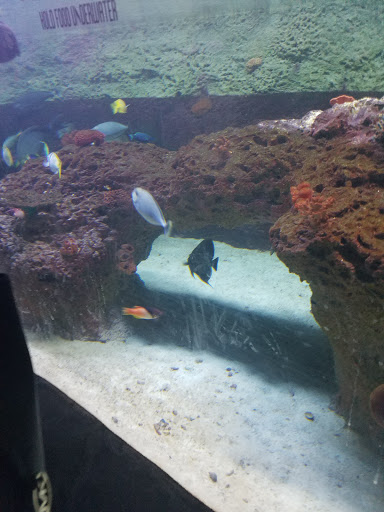 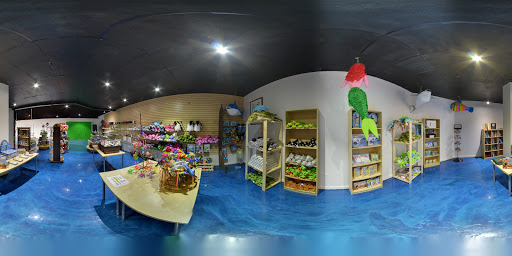 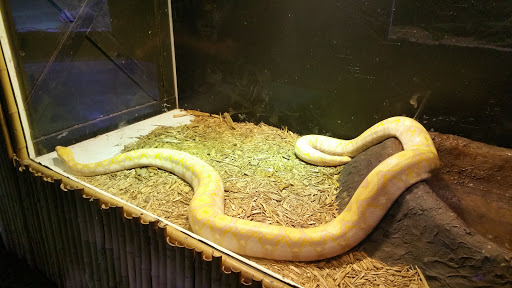 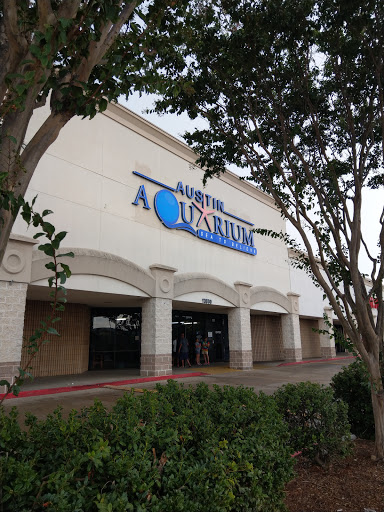 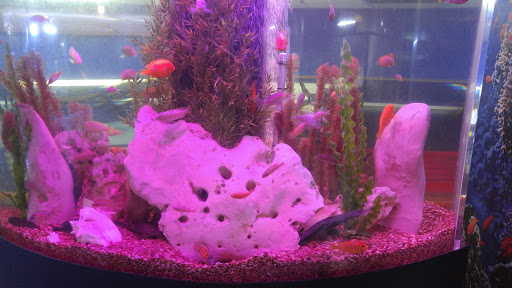 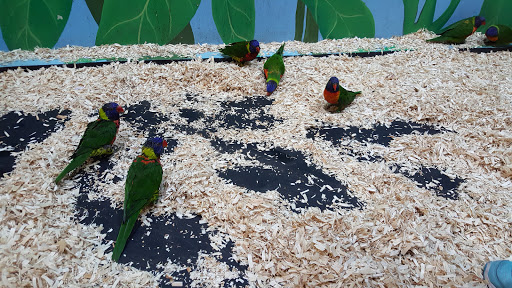 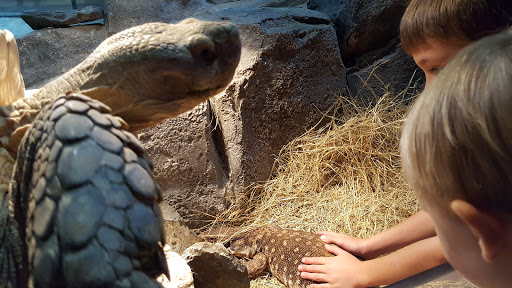