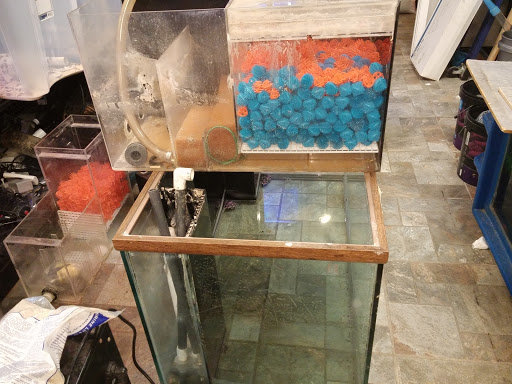 I hesitated to post this review for several days after making several disappointing purchases. As first time customers, we bought aquarium plants that included hornwort and a purple waffle plant out of default since they had a very slim selection and didnt have the plants I was looking for, but they did say they had an option for special order. The purple waffle plant turns out wasnt a true aquatic plant and hence, just a common Bog household plant sold with other aquarium plants. I was naive to think that surely they wouldnt sell a household plant as a submerged aquarium plant. Unfortunately, that is exactly what they did! Shouldve followed my instincts when i have spotted this odd looking plant and considered it a lesson learned. The plant looks nice in my terrarium by the window. Consequently, it was my other purchase that motivated me to make this post; which included 6 neon tetras, some aquatic plant fertilizer supplies and tubing. However, the newly purchased Neons gave all of my tetras Ich(protozoan parasite) within a couple of days of introducing them. Fortunately, i treated them during the early signs of ich and all were successfully cured. I was driven to post so that this local fish store gets a true honest review. Mind you, my planted tank is in excellent condition for neons: PH 6.5, temperature 76 F, water hardiness, CO2 for plants at 25 PPM, full spectrum lights,live plants, very hygenic, and even tanins in the water simulated their natural environmental condition in the amazon)etc. I had to treat the Neons for the parasite that hitchhiked from their infected neon.Luckily the Neons are doing much better after treating them during the early signs of ich. EXERCISE CAUTION when visiting this pet store. Dont purchase fish if they are less vibrant or the tanks dont appear clean. I will at least give them credit for having, what appears to be, a well-kept (saltwater) tank. Giving them the benefit of the doubt, it could have been their suppliers that presented them the fish and plants in that condition, or they may share one central filter for all freshwater tanks. The store manager was rude and completely ignored us when we walked in until a young lady helped us 12 minutes later, even though you can hear the manager yaping away with the other young female staff in a very empty store. Although the young lady who assisted us was very kind and helpful, I will not be returning to Creation Pet for freshwater livestock.

I give this place a poor. No rating of "fair" about it. Theyre great while they are collecting your money. The first time you come to them with a problem, the game changes. Let me start off by saying that Ive been keeping fish for 25+ years, having a reef for the last 10 or so. I am hardly a novice. I fully get that you lose fish/corals here and there. Its part of fishkeeping. Interestingly, Ive had about a 75% die rate with their fish as compared to about 10% with Optimums. My complaint isnt about that, but it does make me wonder about whats going on with their fish. My complaint is specific to one particular time I purchased an obviously sick fish once I brought it home. Within 5 days it died and took out my previously flourishing favorite ($80 by the way) fish. My water parameters were all perfect before and after. I proceeded to take a water sample to the shop to discuss what had happened intending to speak with the manager (who, by the way, is fantastic and also the reason why I continued to shop there). Turns out he was not at the store that day and I needed to speak to the owner. Mind you, walking in the store I didnt have high expectations and probably would have been made completely happy by an apology and an offer to give me 10% off a replacement fish. I didnt want much. So. I explain what happened to the owner and offered him the water sample. He proceeded to raise his voice at me and point in my face and say he wasnt going to do anything and that "water quality means nothing" and that if I thought running a fish shop was so easy I was welcome to go down the street and open one up to see how hard they work for their money (while shaking his finger in my face). When I asked him if this is really how he treats his customers, his response was "the customer is not always right." Guess what Mr. Chase. I work in a hospital and am responsible with peoples lives. Do you have any clue how hard I work for my money? ....and my money will never be coming into your store again.

This is a wonderful place to shop if you are new to aquatics or a veteran. They have a wonderful selection of fresh and saltwater fish, but unlike most stores, they also have a wide variety of freshwater plants and saltwater corals! They have a very knowledgeable and helpful staff that make me feel welcome. When I first started my aquarium I was in there daily asking question after question and every time they were extremely helpful! I cant say enough good things about this store! I am thrilled to have found them! I have also read a few of the reviews and I wanted to say that I have never experienced any of these problems! I have spoken with almost every member of the staff and management and they have always been nothing but kind to me. But I am also not someone who has been in this hobby for 20+ years so I am not jaded. I have been fish keeping now for 4 years and I have a full discus freshwater set up and a reef tank, so I think I have become knowledgeable (mostly due to Creations patience with teaching me). I have also visited all of the aquatics stores in the Atlanta area and purchased from all of them as well. It wasnt until I visited Creations that I realized I was actually being given misinformation. I was sold Tiger Barbs as a "gentle community fish" from one store and being a novice, I had no idea they were actually a no no for a discus set up which were the fish I wanted to work up to. So I ended up re-homing fish prior to getting my discus. I guess at the end of the day you have to remember that there are two sides to every story. For me, I have nothing but positive things to say about Creation Reef and Aquatics.

I bought my school of cardinal tetras from them last August and they are doing well. A girl (maybe Amanda?) helped me when I bought the fish and also sold me some java moss off her display driftwood. The place is very clean, although they seem to have a better selection for the saltwater hobbyist (cant comment about the prices as Im not into saltwater tanks). Their freshwater livestock is healthy, but they dont always have as much variety as Atlantis Aquarium when it comes to some species (like corydoras). As far as the reviews below are concerned, especially the one about the dead rainbow fish and catfish...I admit that was a silly question ("do you want the fish back?") but seriously people...this is a hobby that deals with LIVE ANIMALS. At least do some research before you jump in the water (pun intended). Im not arguing that "fish have souls" - but you need to respect where these fish come from, and know what their needs are before you take one home. Many aquarium fish are wild-caught, and in some cases their numbers in the wild are being threatened by aquarium trade. Its sad to think that their lives go to waste because they end up dead in transit or dead in some unknowledgeable aquarists tank. There is no excuse for killing a fish because youre ammonia levels are too high. I dont blame Creation for not replacing your fish. Its YOUR job to educate yourself and provide a good home for your fish...its their job to give you advice. But if you dont talk to them about your set-up before you buy a fish, they cant advise you. 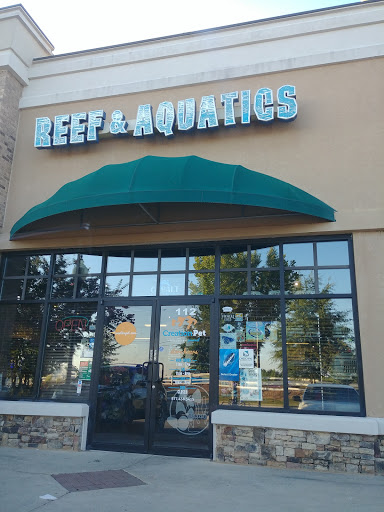 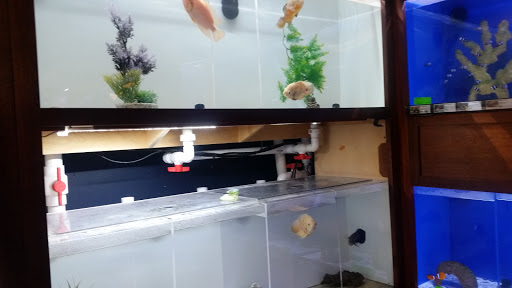 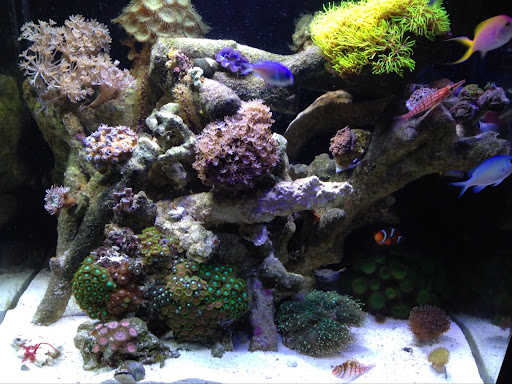 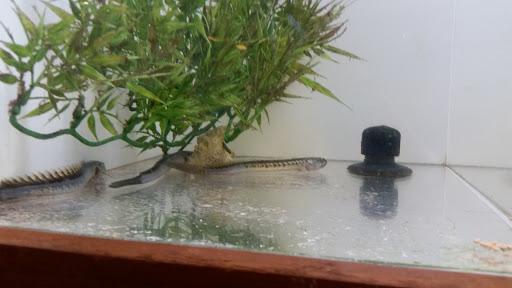 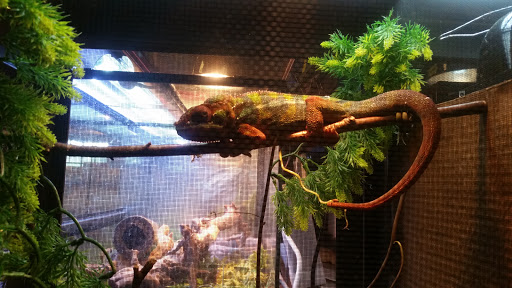 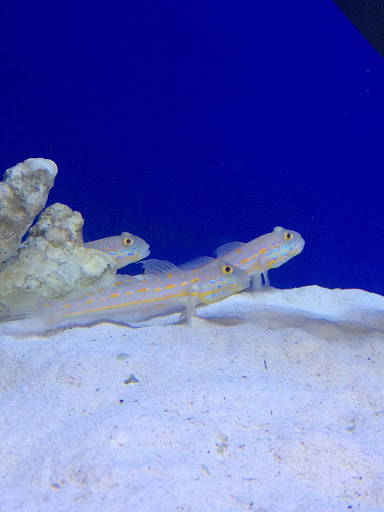 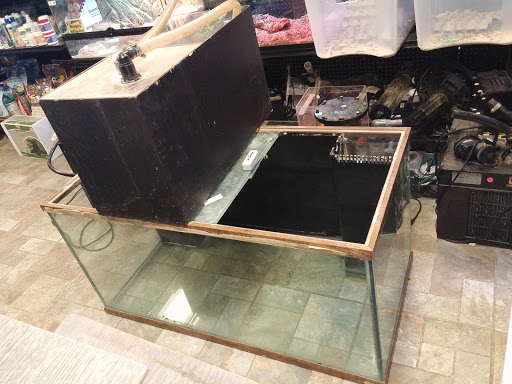 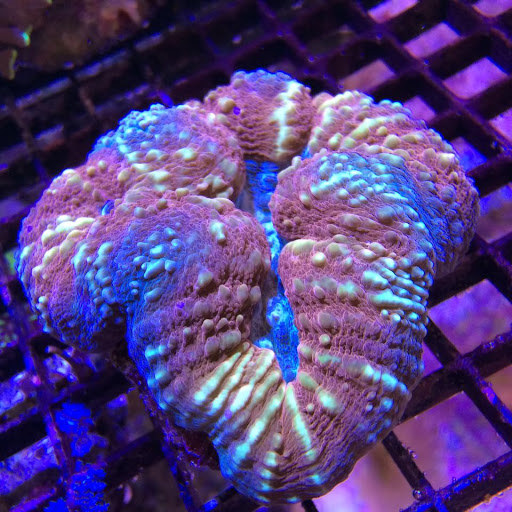 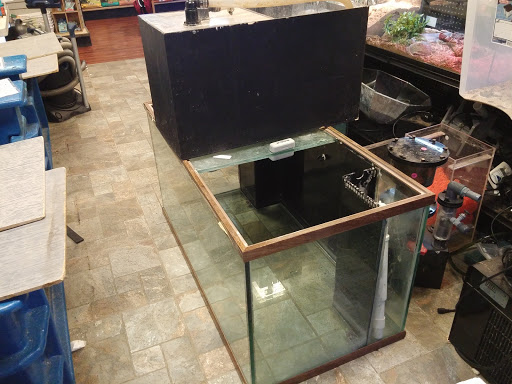 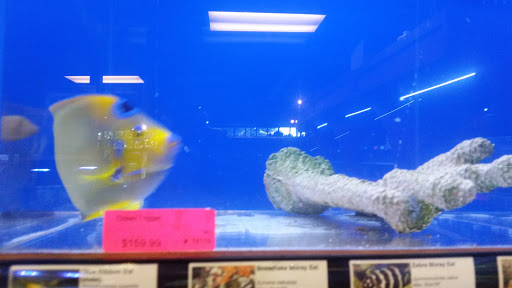 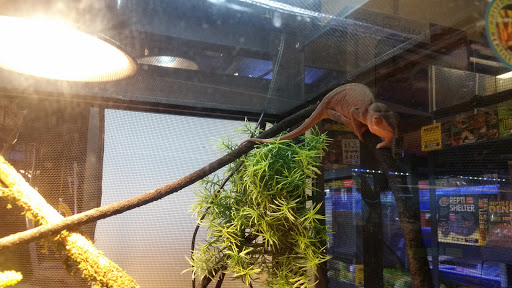 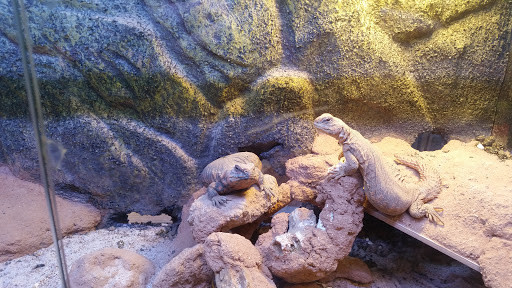 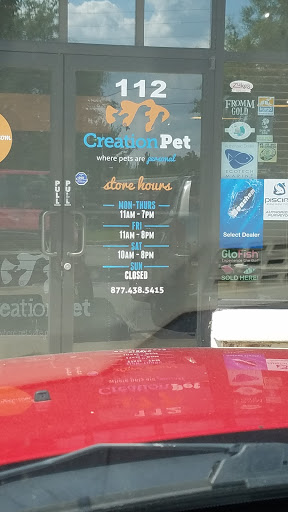