Before I begin to rant, let me start off by saying the outside security, front desk clerk, bouncy house attendant, the food cashier and the cook were very polite, courteous and friendly. In great contrast to some rent-a-cop security officer whose job is to ensure parents sign a contract with the kids information (i.e. Name, DOB). He was unfriendly, off-putting and rude. This is sad because for Christs sake, its a KIDS center area! Additionally, the restrooms are scary!!! Theyre in the back of the center in a dark and deserted corridor area that you CANNOT let your kids go to alone. I compare it to an insane asylum on a scary movie. Although there was tissue, there was no soap and no trash can to dispose of the soapless paper towels. More importantly, and the MAIN reason I gave this business 1 star, is how the owner, Greg, has the audacity to NOT have any water fountains available for kids to drink from in between working up an asthmatic sweat jumping and skating. In my case, I had ten kids with me celebrating my sons birthday. They were dying of thirst because I couldnt afford the only other option, which was buy water from a vending machine at $2 each. Do your math!!! $20 worth of water????? Because the owner is too cheap or too greedy...pick one! A damn dog needs a drink of water after doing anything physical for an extended period of time!!! This is simply absurd and unheard of at any skating rinks Ive ever been to in my 40+ years on this planet! It wont be long before some kid or kids end up having a potentially fatal asthma attack and/or dehydrate and THEN, after its too late, Mr. Greg will have one water fountain installed! Its shameful and disgraceful to this community to have to endure such a transgression by their own race!!! Moreover, its sickens me to think that he doesnt care about the people in this community and wont take the time to call me back and address this issue or at least give a plausible explanation. We wont be back, but I am and will continue to seek some understanding on this situation. Please spend your hard-earned money somewhere the owner cares about you!!!

The staff arent very helpful at all. Instead of mentioning to me that they had a deal for the jumpers plus gocarts which included a $5 game card, the attendant allowed me to pay for them separate. Which cost a lot more money. No one assist you if you need help with anything. I lost my buzzer for my food... (which I eventually found underneath one of the arcade games) no one would assist me with finding it. I had my one year old with me who was having a melt down while I tried to find the buzzer. Every staff member that were in the area never asked me if I needed assistance with looking for it. Mean while my food was getting cold seeing that I ordered it all of 20 minutes ago. I even went to the food counter to explain to the young lady that I misplaced my buzzer and she never offered to give me my food she pretty much wanted me to find it. In the midst of trying to find the buzzer my son was still having a complete melt down. I eventually found the buzzer got my food which hardly had any meat. (Nachos ) the young lady gave me a tray which she put my nachos, fries and fountain drink on the tray. I tried to hold the tray and my one year old which caused my fountain drink to flip off the tray and onto the floor, I never even had a chance to drink it. I was thinking that the young lady at the food counter would just replace my drink but instead she charged me to replace it. At that moment I had enough. We left. My entire visit to Metro Playland was to check it out, and book a birthday party if my daughter enjoyed herself. Recharging me for a fountain drink was the deciding factor. If you guys lack great customer service your business will go under. You all have a beautiful facility its just operated by people with poor customer service skills.

I went to Metro Lanes and Games on June 13,2010 with my 9 year old daughter and her friends to celebrate her 9th birthday. This place is unsafe and does not have any security in the place to protect women kids.While I am sitting there watching my daughters the 9year old, my 14 yr old daughter, and some other 8 and nine year old cousins bowling. A young man came over to me and grabbed my purse and ran out the door. I immediately jumped up and screamed call the police this man just stole my purse and ran outside after the man... Thank god for my uncle who is an active military person for over twenty years, ran behind me and chased the man, the man attempted to jump a fence in a wooded area and realized that he was being pursued dropped my purse.. so thank god I was able to get it back. The management had no security at the door, then when I yelled for assistant did not do anything... did not call the police or anything. when I came back in to gather my kids and to get the heck on out of that ghetto unsafe place, the manager had the nerve to say to me that "I should expect this and this could happen anywhere"... really.. No remorse, I can expect to be in an place for kids with my kids and my handbag is snacted from me while I am sitting down in your venue. There is something really wrong with that picture. This is the most ghetto, unprofessional, place that I have ever went to and I WOULD NOT ADVISE ANYONE TO DO ANYTHING THERE. THEY HAVE THE NERVE TO SOLICT BUSINESS FOR CHURCH EVENTS, YOUTH EVENTS, AND CHILDREN BIRTHDAY PARTYS BUT HAVE NO SECURITY TO PROTECT THE PEOPLE SPENDING THEIR MONEY THERE. MY RATING FOR THIS VENUE IS A NEGATIVE 1!!!....

Man.... Let me tell yall Dont ever spend your money here dont waste yo time dont even bring yo kids here the girls are mean the bowling alley keep glitching I wasnt able to jump in the bounce house you cant chew gum while skating which is bullary but I still chewed anyways the people working the front desk was ghetto the security in the front be getting on people nerves he didnt let my cousin sit on the rail and he told us we had to wait in front our ride and we grown if I want to wait in the parking lot Im going to wait in the parking lot so me and my cousin went down to AutoZone and he ran his fat ass all the way down there to tell us we cant wait there while people just walking metro boring center they couldve had a gun while he so worried about us and they have security guard working the bowling alley and he dont know what he doing now tell me that aint ghetto they dont have no water fountain so I guess we was supposed to dehydrate while that place hot they A/C barely work and when they keep making announcements they have no influence so its annoying they sound like broken records it is nothing like the pictures and advertisement its raggedy and incomplete I was highly dissatisfied I shouldve stayed home long story short Dont come here unless you broke asf! They need to close this place down 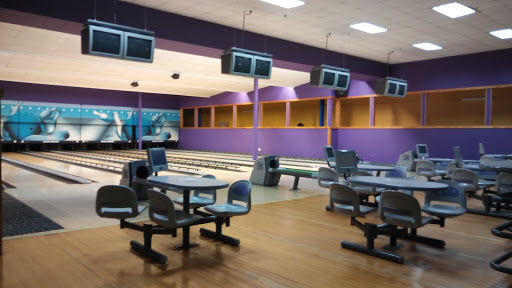 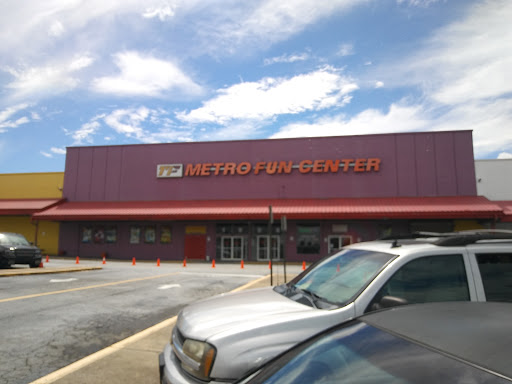 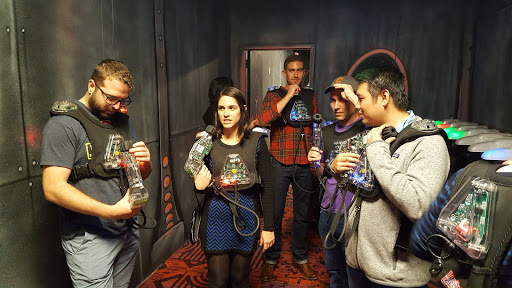 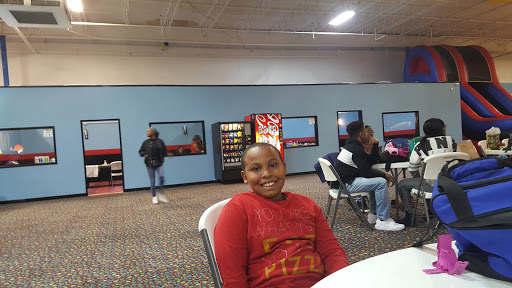 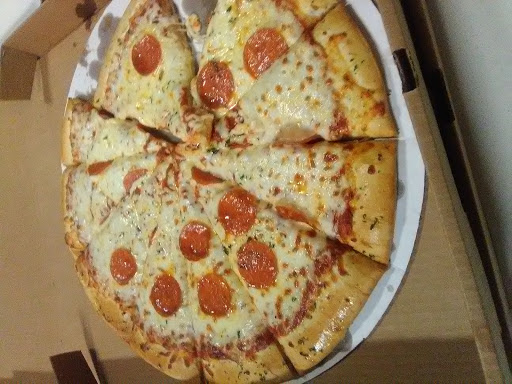 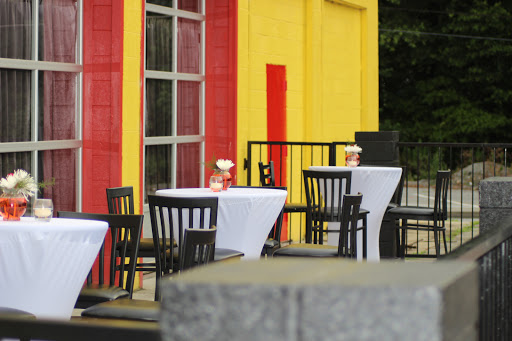 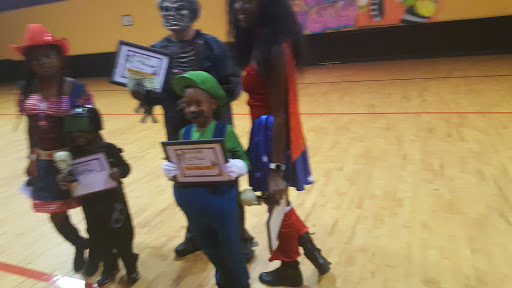 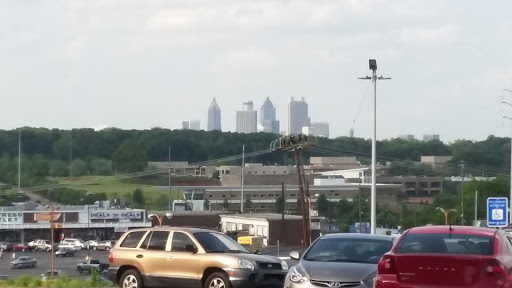 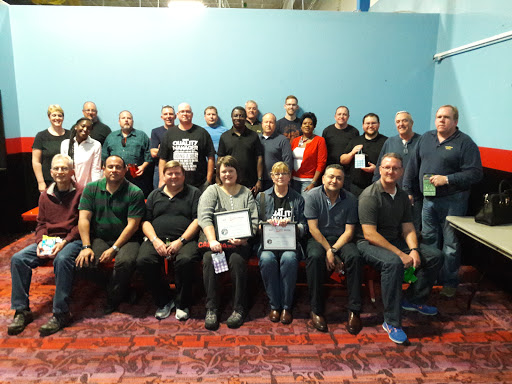 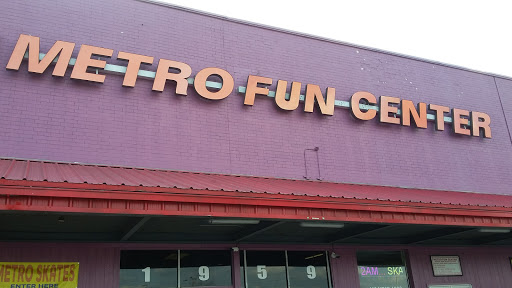 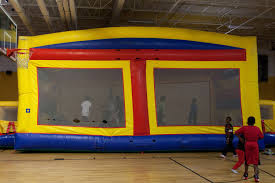 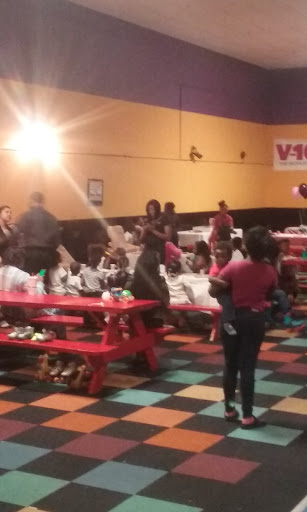 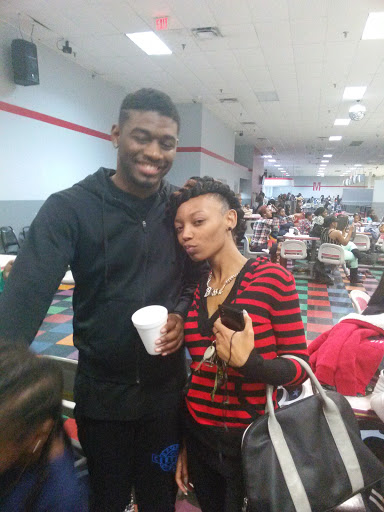