Just saw Eric Church. Sat in the Floor 1 Row BB seat 20 and 21. Almost dead center of the stage. Perfect place to see the show. I did have some complaints though, and all centered around the arena itself. First the good. It was 90 plus degrees outside and somehow they kept it really comfortable in there throughout. Except for out by the concessions. That was pretty stuffy. I also thought the beer and food prices were pretty much in line with what youd expect at a concert like this. The 16 ounce plastic cup of beer was surprisingly cold. There is an amazing Double Tree Hotel 75 feet away across the street. Really nice. It has a parking garage, and if you are staying the night, parking is free so no need to fight traffic into or out of the arena. The Hotel has a really great bar and restaurant on the first level. I liked the arena staff too. There seemed to be plenty of security around and the local police had the road in front of the arena blocked off so it was pretty safe for everyone standing out there waiting to get in. Speaking of which, the lines to get in moved pretty fast and everyone was scanned with a metal detector before they went in. Lots of restaurants within walking distance, but make reservations as early as possible. Most of the closest restaurants and bars are packed to the brim. We were lucky and found one on the second floor of one of the Santander buildings. Now the bad. It is CROWDED. I have been to many concerts, but never have I been so packed in. Shoulder to shoulder like sardines. Like I said before. We sat dead center, second row back and we were pretty much boxed in unless the good people in front of us let us climb over their seats and get out that way. They were really good about it but we only left our seats once during an intermission to go get a beer. And I mean only one. The lines for the bathroom were unreal. And really difficult to find in the crowd. This was my first arena concert and it will probably be my last which is a shame, because this arena has so much going for it. The location, (Reading seems like a nice little town!) The hotel and parking garage right across the street. (Did I mention it was really nice?) My only suggestion is that you scale down how many people you try and smash in there. Its borderline dangerous how crowded it was. Another suggestion is I sat in the front by the stage. To get to my seat I had to fight my way though a huge crowd all the way to the back by section 106 and then all the way down the steps, and then all the way back forward again. Why cant you open up a doorway for the front floor seats too so we dont have to fight through all those people? Eric Church played for almost four hours and the fact that I couldnt get in and out of my seat, get a beer or a sandwich, and get to the bathrooms, really took away from my enjoyment of the show. Maybe Ill try sitting in the upper seats if theres a next time. Those people looked like they could navigate much better.

While the show we went to see was enjoyable enough for the children, the actual venue, Santander Arena was a most unenjoyable process for myself. From parking (Cash only , which there was no information about until Im already in the line.), I go to ticket sales and request upgraded seating, which attendant then leaves the register, I assume for authorization or something, finishes my transaction, which I think is upgraded. Then have to walk back out and through the metal detectors to face unsmiling, unfriendly staff. I go up the stairs and as I had never been to this venue (and may not go again), asking which way do I go, Again, unsmiling unfriendly person says General Admission is all entrances. She also looked thoroughly pod that i had to ask that question. Hoping for more assistance I begin asking, or I should say looking for anyone to help assist and direct. Finally find someone at the bottom of the arena area who points out that my ticket was not an upgraded one, that I could go back to the booth sales! We were already late! We go back upstairs to find a seat and get something to drink, all which is cash only, ask for a MAC, and get pointed to an out of service one. Skip the drink so kids can enjoy the show, so more up and down. Did I mention all this was done carrying a toddler! There is more to this bad experience during intermission. Only 1 smiling helpful person in an entire arena! Wow. Said enough to me...

This is the worst run venue. We stood in line outside in 20 degree weather for 45 min. When we got to the door 2 min before show time, we were told this line is for GA only and reserve seating line was on the other side of the building. We walked over there freezing to find another line twice as long. Now we will miss half the show. WTF. Some signs would be nice. Arriving an hour before the show should be enough time to get in. The sovereign center, what a POS! I will never come back again. Go to Camden NJ much better organization. EDIT: The second line only took 30 min longer. So we ended up missing the opening act, POD. I am still not happy about the way they run the doors and will probably never go back because of that. However, the sound is good inside and every stadium seat is a good one.

This is definitely a favorite venue for concerts and shows. The atmosphere is family friendly, the seats are comfortable, and the view is usually almost always good. My few complaints are parking and walking/standing room. Its a pretty decent walk from the parking garage to get to the venue, I usually go with at least one male so I feel safe because walking in Reading late at night is not super ideal. Walking/standing room is limited. If youre trying to find a restroom or a vendor, be prepared for a tight squeeze and very long lines. People are at least usually friendly so if you excuse yourself they will move out of your way. Overall a nice place to go and enjoy a show. This picture was taken for standing room only, so if youre short you might want a seat.

Just went to the Home and Garden show. My first time at the Santander Arena. Parking for the event was $10.00, cash only, "no refunds." Bought a ticket on site. Nice to get a senior citizen discount. Signs clearly indicated "no reentry" and "no refunds". Then go through a metal detector with ticket in hand, a reasonable expectation. Heres the rub, I was not allowed entrance because I had a folding Gerber pocket knife having a two and one-quarter inch blade. They could not hold it while for me while in the show. Seems unreasonable in my opinion. Ticket did get refunded but out $10.00 for the parking. 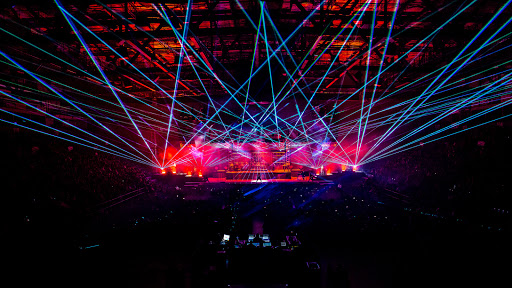 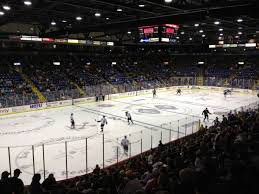 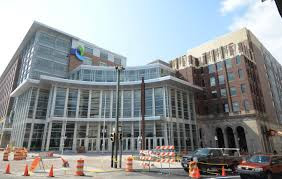 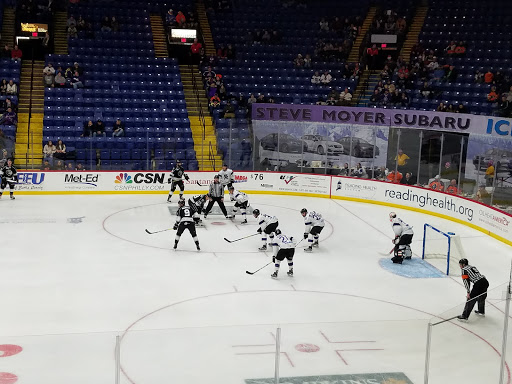 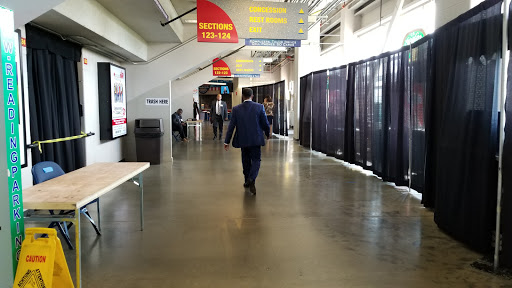 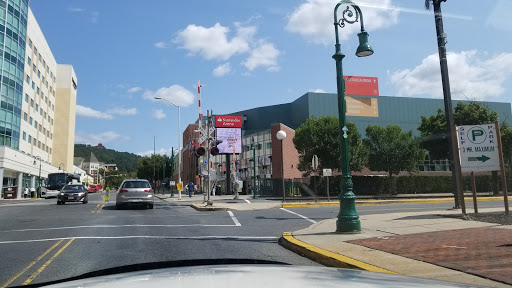 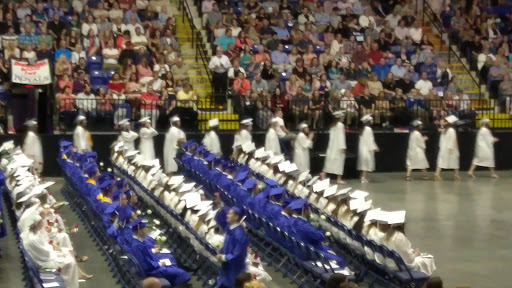 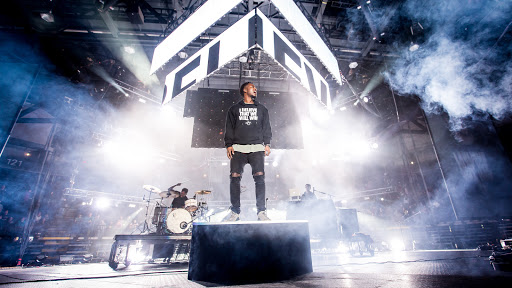 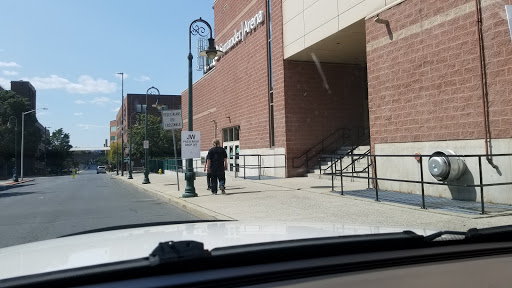 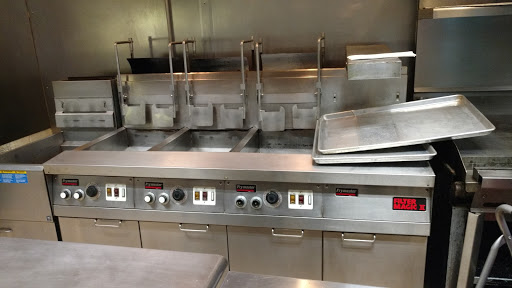 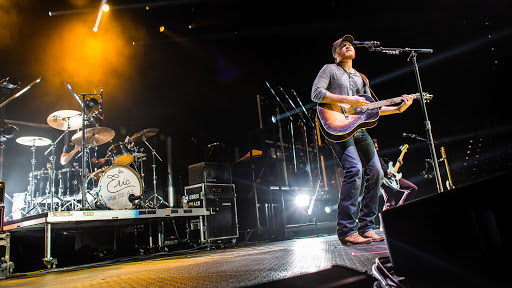 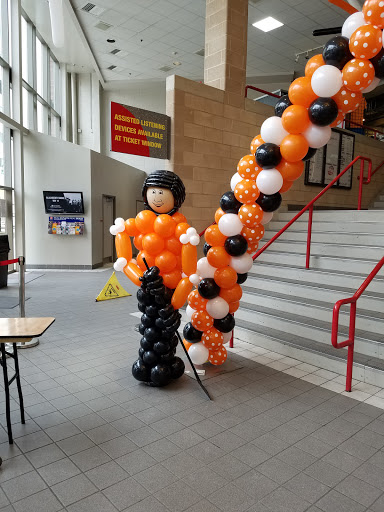 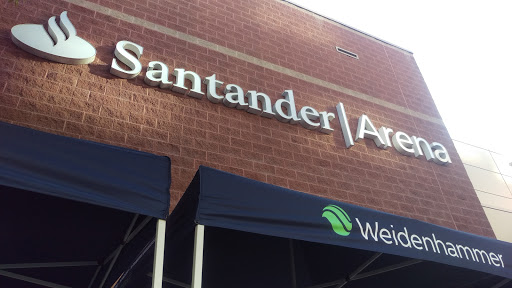 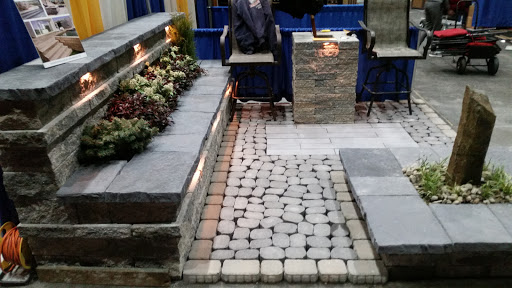 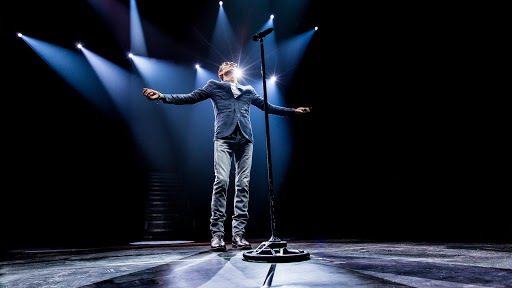 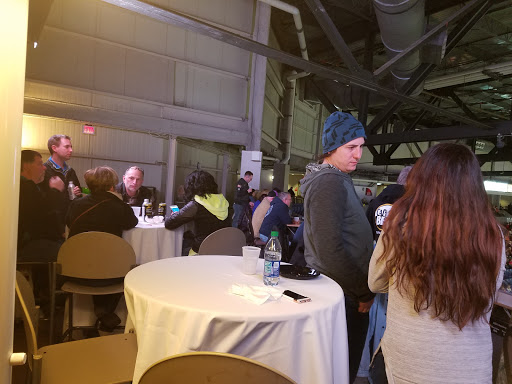 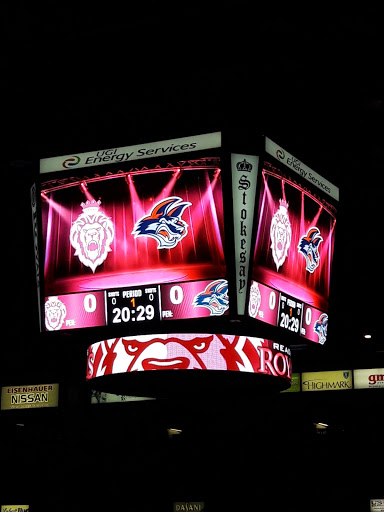 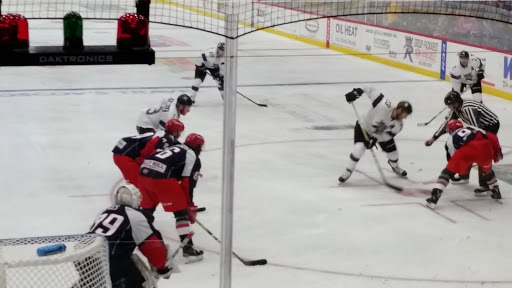 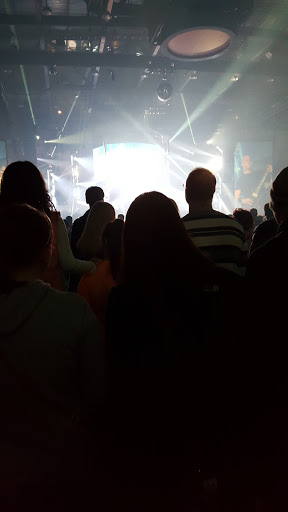